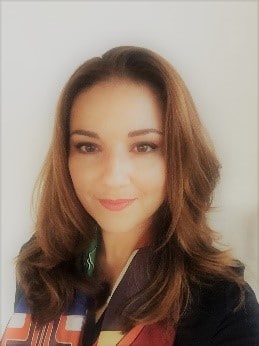 Ms Abigail Camilleri holds more than 13 years’ experience in working on EU Funds, following a keen interest in Cohesion Policy during University. Her career started with the European Commission, as Junior Expert in the Delegation of the European Union in the Pacific, during which tasks ranged from programming and civil society and civic education programmes financed through the European Development Fund to political analysis and managing the public relations of the EU Delegation in the various Pacific states.  During her time in Fiji, Abigail had the opportunity to work with the various missions and international organisations present in the region and also participate in high-level EU – Pacific meetings which furthered EU-Pacific relations, both bilaterally and regionally. On her return to Malta in early 2009, Abigail joined the Planning and Priorities Co-Ordination Division, within the Officer of the Prime Minister, whereby she led a task-force for the closure of the Operational Programme of the European Social Fund 2004 – 2006. Skills and hands- on experience on the monitoring, verifications, auditing and evaluation of the ESF meant that she was quickly promoted in 2010 to lead a team on the subsequent ESF programme of 2007 – 2014. This has furthered her knowledge of programming, of the setting up of result-oriented monitoring mechanisms and financial and management verifications. Additionally, she was also a point of reference for Project Selection Committees, often advising on coordination and synergies between the proposed actions.

In 2016, Abigail was appointed in the current position as Director Funds, within the Funds and Programmes Division, whereby she heads a Directorate responsible for the Migration Funds, the Fisheries Funds and also leads the National Authority for the Erasmus+ and European Solidarity Corps. Her acute knowledge of managing diverse funds garnered throughout her career, keeps enhancing her insights on all stages of EU funds implementation, and thus contributes positively towards maximum absorption of EU funds in Malta.

Ms Camilleri read for a degree and Masters in European Studies (University of Malta and Sussex University) and since 2015, she is also a certified Mediator, having finalised an additional post-graduate within the Faculty of Laws of the University of Malta.