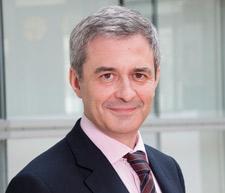 José Luís obtained his PhD, and previously his degree in Law, at the University of Zaragoza, Spain. He also has a Master in European Legal Studies from the College of Europe (Bruges, Belgium). José Luís is currently Partner at Garrigues and leads the Brussels office of this law firm, where he  regularly works in State aid and antitrust cases. He previously worked at the European Commission (State aid team of the Legal Service, DG Competition, Internal Market and Cabinet of Commissioner Oreja) intensively advising and litigating for the Institution in areas such as State aid. He is currently visiting professor at King’s College London and he has also been visiting lecturer at Vrije Universiteit Brussels. José Luís Buendia is a widely respected practitioner on State aid issues and has taken part in a many international legal conferences. He regularly publishes on State aid and other competition matters. Among its publications specialmention has to be done to its book ‘Exclusive Rights and State Monopolies under EC Law’, published by Oxford University Press. He is currently co-managing editor of EStAL.