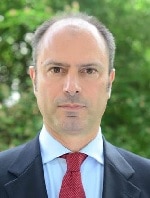 Luigi Amati is Vice President of Business Angels Europe, the Confederation of European Angel Investing and a Member of the European Commission Advisory Group on “Access to Risk Finance”. He is responsible for Policy Affairs bringing in an expertise of more than 20 years of work with the European Commission in the fields of Innovation, Entrepreneurship and Finance. As an Angel Investor he is one of the founders of Italian Angels for Growth, one of the fastest growing business angels groups in Europe. As an early stage fundmanager, he is the President of Zernike Meta Ventures. He is also co-founder and CEO of META Consulting, a company focused on innovation, entrepreneurship and finance; a company working with International Institutions such as the European Commission, the World Bank, the Interamerican Development Bank etc. During the early years of his career he has been a researcher and software engineer in the field of Computational Mechanics working with LUSAS, a spin-off of Imperial College in London and has contributed to the start-up of ISRIM, a Research Institute of Advanced Materials. He holds an Engineering Degree Summa cum Laude from the University of Rome, a Master of Science and a Diplome from Imperial College London.