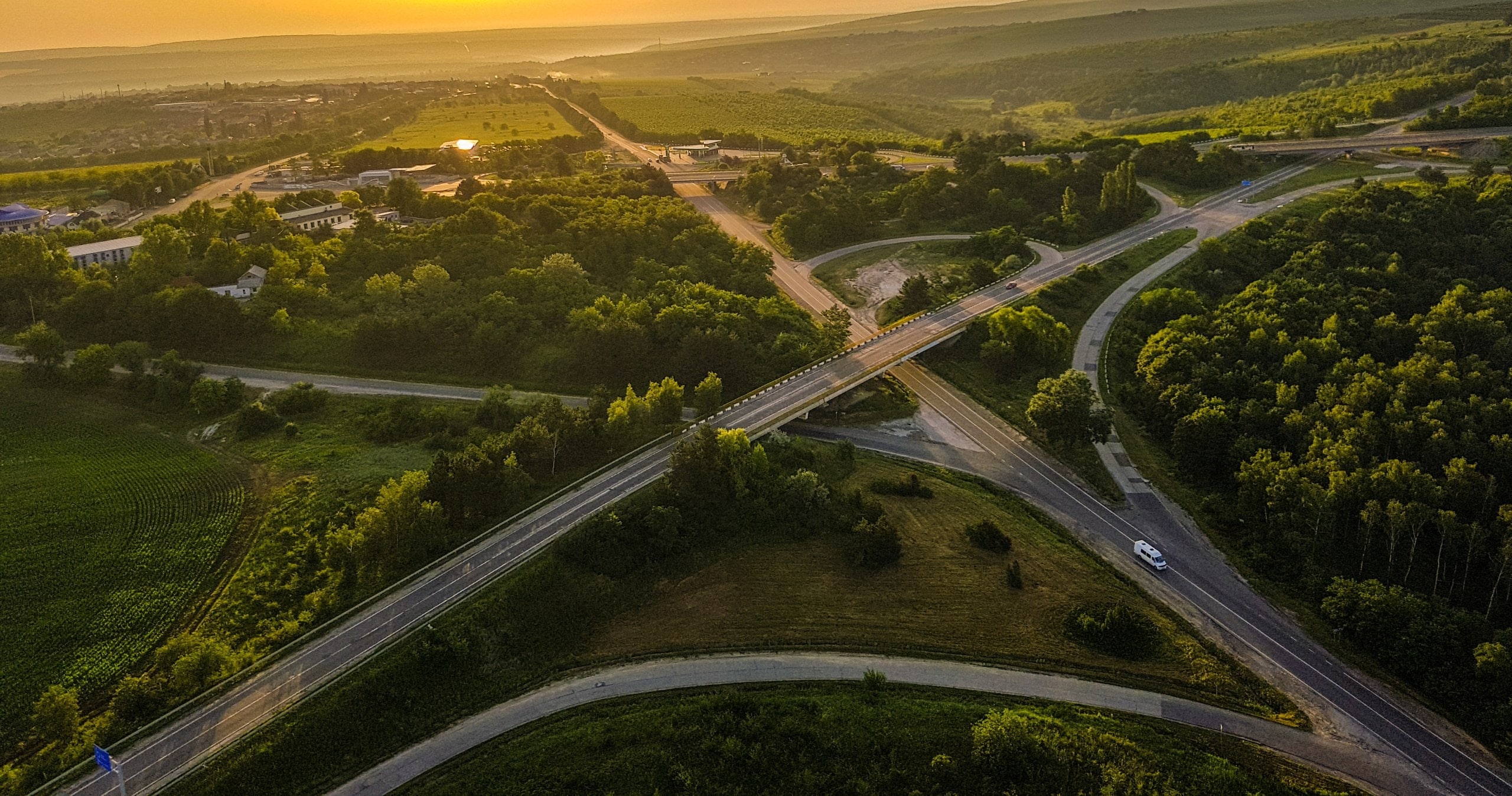 On the 6th of September, Reuters broke the news that the U.S. Department of Justice launched an antitrust investigation in the voluntary agreements on emission standards between four automakers and the State of California.

This probe should be viewed in the light of a larger bureaucratic conflict. As part of its general deregulatory program, the Trump Administration is planning to roll back the heightened emission standards dating from the Obama era. Historically, however, California received a waiver, authorizing the state to enforce more stringent standards than at the federal level. Now that California is expressing its intention to invoke this exception if needed, the Trump Administration is considering legal action to repeal this possibility.

With this political tug-of-war as background – combined with the prospect of years of litigation over the extent of California’s rights – a group of car manufacturers pursued a degree of stability and certainty, so that newly produced cars would meet the emission standards nationwide (whatever the outcome). Therefore, Ford, Honda, BWM, and Volkswagen entered into separate deals with California, voluntarily committing to higher emission standards.

The announced investigation raises multiple questions. Setting aside the obvious political nature of this probe, the challenges under U.S. antitrust law incidentally offer the opportunity to reflect on multiple debates in EU competition law – especially under Article 101 TFEU.

A first fundamental issue is whether the deals in question would actually fall under the scope of Article 101 TFEU. The new emission standard will not be implemented through a sector-wide agreement, but by the combination of separate agreements between one car manufacturer and the State of California. It is thus hard to argue that this is a traditional cartel among competitors. However, Article 101 explicitly broadens its scope by including so-called ‘concerted practices’ (see here for more on the notions of ‘agreement’ and ‘concerted practice’). The test to establish the existence of such practices stems from the Sugar Cartel case (par. 172). The Court of Justice decided that concerted practices should have as their object or effect to influence the conduct of a competitor through direct or indirect contact. The four car manufacturers all entering in similar (if not equal) agreements with a same party hints towards an at least indirectly created consensus among competitors.

The agreements being concluded with Californian authorities raises a second question, namely the scope of the so-called “state action defense”. Under the US regime, the approval of anticompetitive conduct by a state often results in the inapplicability of federal antitrust law (see e.g. Parker v. Brown). Under EU law, however, the requirements are stricter to invoke the state’s regulatory behavior as a shield against competition law violations. In order to fall outside the scope of Article 101 TFEU, an undertaking should prove that the anticompetitive conduct is solely the consequence of obeying national legislation. Even if the outcome is only partially based on the undertakings’ intentions, the state action defense will be to no avail. In addition, a more limited version of the state action exemption can be found in the 2006 Guidelines on the method of setting fines, whereby the “authorization or encouragement” by the state of the anticompetitive conduct can serve as a mitigating circumstance.

Another fascinating twist to this cartel investigation is the ultimate aim of the agreements. Instead of the usual anticompetitive objectives – e.g. dividing markets or fixing prices – the car manufacturers commit themselves to respect higher environmental standards. The place of non-economic objectives in EU competition law – and in particular under Article 101 TFEU – has been a topic of debate for many decades. As it currently stands, case law and doctrine seem to recognize two main routes to account for public policy goals.

A first possible balancing is provided by the third paragraph of Article 101 TFEU itself. At first glance, the wording of this provision seems to require the creation of purely economic benefits (i.e. efficiency gains). However, over time, this exception has started to welcome non-economic arguments, albeit hesitantly. Though some still argue that the provision should remain limited to economic benefits, others indeed claim a spot for non-economic interests under Article 101(3) TFEU – pointing among other things towards the provisions of general applicability (Articles 7–17 TFEU). Proponents of this last vision rely on certain Commission decisions in which non-economic objectives are taken into account – be it indirectly through an efficiency gains analysis – and on a number of judgments by the Court of Justice. These sources, however, are often too narrow and specific to yet distill from them a full-fledged public policy exception. Moreover, the Commission’s investigations are still prevailingly centered around the so-called ‘more economic approach’. It would be a bit of a stretch to argue that Article 101(3) TFEU is currently a true safe haven for non-economic objectives in general.

A second controversial debate takes place on the existence of a European-style rule of reason in competition law. Following the notorious Wouters judgment, it seems that a weighing of anticompetitive behavior against public policy goals is allowed under Article 101 TFEU. This case was built around the deontological rules set by the Dutch Bar Association. On the basis of this code, lawyers were prohibited to establish offices together with accountants. The Court of Justice, when carrying out the standard Article 101 TFEU analysis, concluded that – in principle – this type of behavior should be prohibited. However, because of the underlying public policy goal (i.e. ensuring the impartiality of the legal profession), the Court required to take the “overall context” into account. Since the anticompetitive behavior was ancillary to a legitimate aim, and of a proportionate nature, the behavior was deemed to fall outside of the scope of Article 101(1) TFEU.

Even though the exact delineation of this line of jurisprudence is still ambiguous – to say the least – the car manufacturers’ agreements with California could fit neatly within this judicial exception. This line of reasoning has indeed also been depicted as a ‘regulatory ancillary restraint’ analysis (see Whish & Bailey). A common thread in judgments applying the rule of reason is the cooperation of private undertakings towards certain regulatory goals (e.g. traffic safety). Whether voluntarily adopting higher emission standards on the basis of an agreement with a government authority would be sufficient to benefit from the Wouters exemption is debatable. If, however, California would refer to these agreements in one of its regulations, the chances of success of this argument would significantly improve.

Although the exact issue of car manufacturers voluntarily agreeing to respect higher emission standards has not yet presented itself in the realm of EU competition law, this does not necessarily imply that the underlying debates are strange to this field of law. Two phenomena – one social and one legal – could lead to similar cases at our side of the Atlantic. First, movements urging for more sustainable alternatives are on the rise. Many undertakings – and definitely car producers – will have to respond to this new type of ‘consumer preference’. Second, although environmental issues are often regulated at the European level, the implementation of these provisions may leave room for so-called gold-plating, i.e.national parliaments adopting stricter measures than required by EU law. The only guarantee to a complete market access in the EU would then be to generally apply the standard of the most ‘noble’ Member State. Combining both evolutions, the idea that undertakings in a given sector would commit themselves to a more sustainable outcome does not sound that unrealistic. This scenario provides the opportunity to discuss two relevant European cases, already pointing in a certain direction.

A first case is the ‘Chicken of Tomorrow’ (Kip van Morgen) decision from the Dutch Competition Authority. An association of supermarkets committed to only sell sustainable chicken meat as of 2020. In practice, this implied a new set of requirements for their suppliers. Because of the anticompetitive effect of this arrangement (i.e.the limitation of the consumers’ freedom of choice), the NCA had recourse to Article 101(3) TFEU and its Dutch counterpart. The most relevant part of its decision concerns the way non-economic objectives (animal welfare, environmental and public health concerns) were inserted into the competition law equation. To do so, the NCA used the ‘willingness to pay’ test, i.e.how much are consumers accepting to pay extra for certain additional characteristics in a product? The final conclusion was that the new requirements where too costly – implying higher costs than the average consumer was willing to pay – and thus harming consumer welfare.

This willingness to pay-test is a pragmatic solution to reconcile public policy goals with the economic approach underlying Article 101(3) TFEU. Combined with the earlier discussed sustainability movement, this might cause a shift while still formally respecting the Commission’s ‘more economic approach’. Indeed, when society strives for sustainable solutions, it could be presumed – theoretically at least – that green initiatives will gain (even more) popularity. If so, the consumers’ willingness to pay should increase, implying the exemption of a broader range of behaviors based on the ‘Chicken of Tomorrow’ approach. Even if the exact limits of the willingness to pay-test are not yet clear – given its only recent appearance under Article 101(3) TFEU – this might well become a game changer in the public policy goals debate. At the same time, however, consumer preferences and its quantification remains a field full of uncertainties. The willingness to pay-test is thus a promising tool, but to be handled with care.

A second point of comparison is provided by a recent investigation launched by the European Commission. Whereas the Californian case is about car manufacturers voluntarily agreeing to respect more stringent environmental standards, the EU AdBlue examination covers the opposite situation. In April of 2019, the European Commission notified VW, Daimler and BWM of its preliminary view that these car manufacturers had been violating Article 101 TFEU. Basically, the undertakings coordinated certain development strategies, thereby obstructing the innovation of clean technologies, resulting in lower production costs. This type of behavior is being analyzed by the Commission under Article 101(1)(b) TFEU, which covers the intent to “limit or control production, markets, technical development, or investment”. The harm done to the consumer welfare could consist in the anticompetitive limitation of choice (i.e. the lack of greener alternatives on the market).

These two investigations demonstrate how both advocating for greener alternatives, as well as hindering sustainable innovation might be examined under EU competition law. The prevailing touchstone in both cases remains consumer welfare, whether through the willingness to pay-test or focusing on consumers’ freedom of choice.

In conclusion, the US antitrust investigation on California’s agreements with several car manufacturers offers two main points of reflection regarding the development of EU competition law:

Both issues seem crucial for the creation of a ‘Competition Law of Tomorrow’.