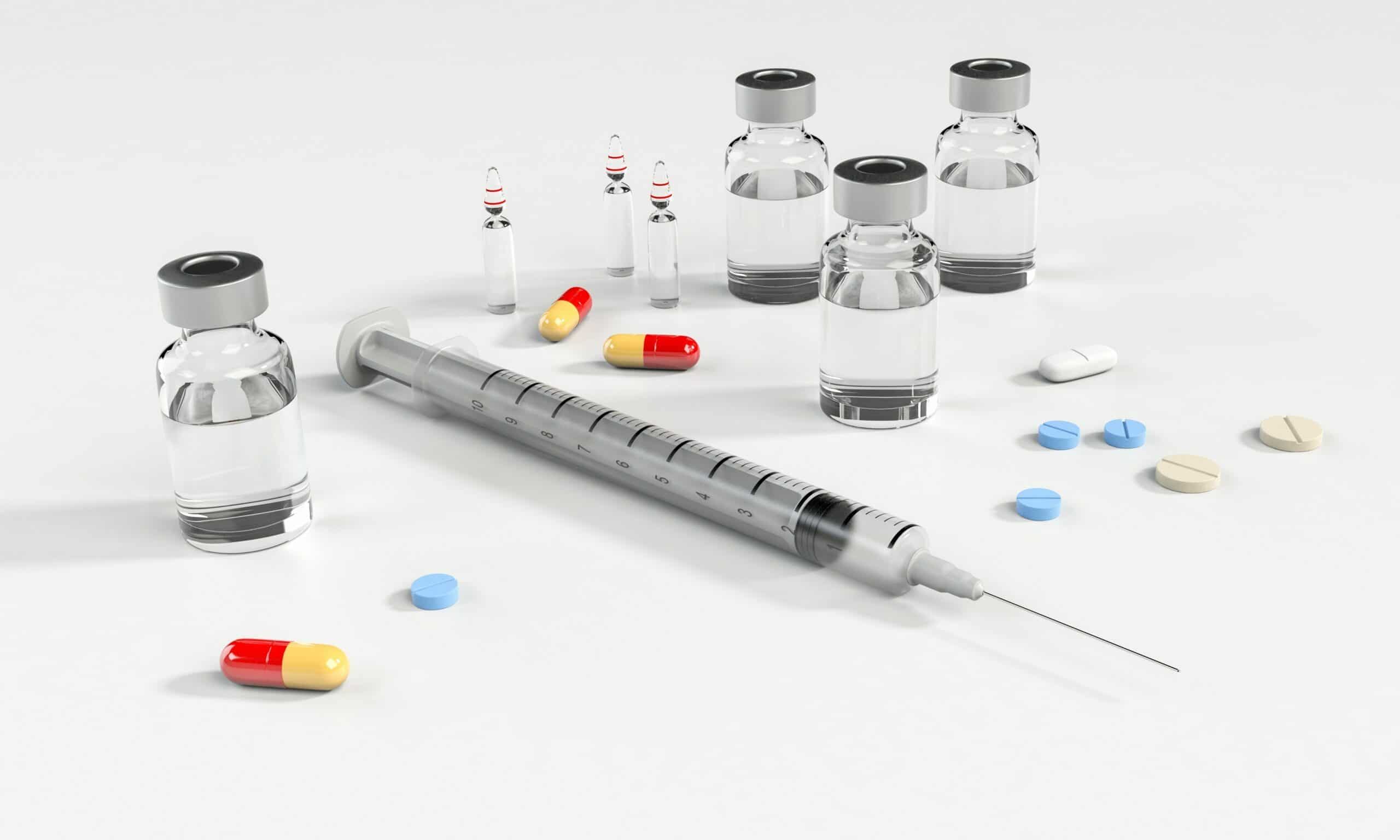 It goes without saying that the name Hoffmann La-Roche serves as an indispensable reference case for most competition lawyers, making it a great case for the launch of a new competition law blog!

Although this recent Hoffmann La-Roche case is not likely to become as unmissable a reference point as the ‘original’ Hoffman La-Roche case, it is nevertheless noteworthy. The case provides an excellent example of how the fundamental concepts of competition law – market definition, object restrictions and ancillary restraints – can be applied in practice without any dubious arguments.

Background and facts of the case

The case concerns the agreement between Roche and Novartis reportedly aimed at reducing the demand of Avastin (a medicinal product developed by a subsidiary of Roche and marketed by Roche in Europe) for ophthalmologic purposes in favor of Lucentis (developed by the same Roche subsidiary, but licensed to and marketed by Novartis).

Avastin was brought to the market in 2005, officially authorized for the treatment of tumorous diseases. Lucentis was introduced in 2008, officially authorized for the treatment of eye diseases. In the time gap between the introduction of Avastin and Lucentis a practice of off-label prescription of Avastin for the treatment of eye diseases developed and persevered even after the introduction of Lucentis as a prescription medication specifically designed for the treatment of eye diseases. In order to discourage this practice, Roche and Novartis disseminated information indicating the increased risks and reduced effectivity of Avastin for the purpose of treating eye diseases despite the lack of scientific evidence supporting such indications. Following an investigation, the Italian competition authority found that these practices, which successfully shifted the demand of Avastin in favor of Lucentis, constituted a violation of Art. 101 TFEU. Accordingly, both companies were sanctioned in Italy for having engaged in an agreement intended to achieve an artificial differentiation between Avastin and Lucentis by disseminating information giving rise to public health and safety concerns. By doing so, Roche and Novartis would unjustly maximize their revenues, as the increase in the sale of Novartis would benefit both undertakings in light of its higher price and the corporate and contractual relations of the two undertakings. The Italian competition law authority therefore qualified the practices of Roche and Novartis as a market-sharing agreement constituting an object restriction within the meaning of Art. 101 TFEU and imposed a fine of approximately 180 million EUR on Roche, Novartis, and their Italian subsidiaries. The appeals of Roche and Novartis were dismissed in first instance and the appeal before the Council of State led to the preliminary reference before the CJEU.

Intended use, unlawful production and the relevant market

The first question addressed by the Court relates to whether a pharmaceutical product that has not been officially authorized for the treatment of certain diseases can be part of the same relevant market with products that received such authorization. In this context the Court also addressed the influence that unlawful production of such products may have on the definition of the relevant market in such cases. According to the Court, pharmaceutical products manufactured or sold illegally prevents them, in principle, from being regarded as substitutable or interchangeable both on the supply and demand side [52]. With respect to this specific case, the Court found that there were no indications of such illegal production or sale based on the presently relevant EU legislation that would prohibit the off-label prescription of Avastin [59]. On the matter of legality, the Court, following AG Saumandsgaard, went on and noted that competition authorities must take into account the legal status of such products for the purpose of the market definition, however it is not their task to examine it on their own. The legal status of such products is evaluated either by the authorities that have jurisdiction in the matter of pharmaceutical products, or by national courts [60-61]. Owing to the fact that the (il)legal status of Avastin production and off-label prescription for the treatment of eye diseases was not established, it belonged to the same product market as Lucentis.

The findings of the Court in this regard illustrate the difference between (un)intended or secondary use and illegal production for the purpose of interchangeability. Accordingly, when products are manufactured illegally they will, in principle, not be considered interchangeable with similar legally manufactured products. Conversely, when the product is manufactured legally for a specific purpose but is also used in practice for an alternative purpose, it may be considered part of the same relevant market with products that were specifically produced for that alternative purpose. Therefore the relevant product market comprises all the legally manufactured products that are considered interchangeable by consumers regardless of the wishes or intentions of the producers of such products. Any finding to the contrary on this matter would, particularly in the case of pharmaceuticals, as the AG noted, entail that undertakings would easily be able to share markets and reduce any competitive pressure they might exercise on each other [81 of the Opinion]. Additionally, the fact that the present case deals with pharmaceutical products indicates that these products, despite their distinctive character, will not be granted special treatment under competition law unless such status is specifically regulated.

The findings of the Court on the matter of legality and market definition further confirm the approach taken by the Commission in its decision making practice on mergers, where illegal downloads outlets were not considered to be part of the same relevant market as legal ones (Universal Music Group/EMI Music; ACCESS/ PLG). In this regard it is important to note that the exclusion of illegal products and/or services from the relevant market in a given case does not mean that the Courts, Commission or NCA’s will be blind to the commercial reality in such cases. In this regard the Commission sated explicitly the competitive pressure excreted by illegal alternatives can nonetheless be taken into account in the context of the analysis (Universal Music Group/EMI Music; Sony/BMG). Presently, it would appear, however, that there is no reason to assume a different approach will be taken towards the competitive pressure of illegal products and/or services in the context of such procedures than is taken in the decisional practice of the Commission on mergers. How such analysis would look in the course of an Art. 101 or 102 TFEU procedure remains to be seen, as the case of Hofmann-La Roche does not require such an analysis.

The second question addressed by the Court relates to the concept of ancillary restraints. The Court was asked whether all restrictions of competition between parties to a licensing agreement were to be considered ancillary to that agreement even when such restrictions are not specifically envisaged. Roche and Novartis argued that the dissemination of information concerning the off-label prescription of Avastin, should be considered an ancillary restraint to their licensing agreement and thus fall outside the scope of Art. 101(1) TFEU.

The Court provided a short yet very clear recapitulation of the notion of ancillary restraint, as expressed in Mastercard, based on which it dismissed this argument of Roche and Novartis [69-74]. According to the Court, an ancillary restraint is not covered by the prohibition of Art. 101 TFEU when (i) it limits the autonomy of the parties to the principal (licensing) agreement to which it relates; (ii) is objectively necessary for the implementation of such principal agreement that is neutral of positive form a competition law perspective; and (iii) is proportionate to the pursued objectives [69-70]. The Court also took this opportunity to further accentuate that the requirement of objective necessity is one that calls for genuine indispensability. A restriction can only be considered objectively necessary when it is impossible to carry out the objectives of the principle agreement in the absence thereof. Restrictions that are introduced merely to contribute to the implementation or profitability of the principle agreement will not meet the objective necessity condition. According to the Court the disputed agreement between Roche and Novartis failed to qualify as an ancillary restraint because it was not objectively necessary and it was targeted to restrict the behavior of third parties instead of that of Roche and Novartis [70-74].

In this regard the Court reaffirmed the common approach towards restrictions of competition, ancillary or not, namely to lessen them to an absolute minimum. It is only when such restrictions are categorically necessary for the fulfillment of a practice, which is pro-competitive, that they can escape the prohibition of Art. 101 TFEU.

Object, effect or none of the above?

Finally, the Court was also asked whether the agreement between undertakings marketing two competing products, concerning the dissemination of information on the matter of off-label prescription of one of those products, with the view to reduce competitive pressure on the other product, constitutes a restriction ‘by object’.

The Court addressed this matter by recalling that the concept of restrictions ‘by object’ is to be interpreted strictly and applied only to types of coordination that reveal a sufficient degree of harm to competition within their economic and legal context [78-80]. In the case of Roche and Novartis this context included legislation on the production and marketing of pharmaceutical products. Such legislation determines, among other matters, that the introduction of pharmaceutical products is subject to a market authorization (MA) by the competent national authorities in coordination with the European Medicines Agency and the Commission [81-88]. After reviewing the relevant legal framework, the Court concluded that the agreement between Roche and Novartis constituted a restriction of competition by object.

The Court noted that that, based on the legislation governing MAs, it is only the holder of such authorization, which is responsible for providing information concerning its pharmaceutical products to the public, medical professionals and competent authorities. The fact that Roche and Novartis, the producers of competing products, decided to collude with a view of disseminating information about Avastin indicates that they pursued objectives unrelated to pharmaceutical safety [91]. Furthermore, the applicable legislation on MAs requires that all information provided by the producer about its pharmaceutical products must be accurate and complete which Roche and Novartis failed to comply with. The information circulated by Roche and Novartis was a misleading exaggeration of possible effects resulting from the off-label use of Avastin in order to influence the demand for such use. In the circumstances of the case such practice must be, according to the Court, considered a restriction by object not requiring the examination of actual effects on competition [92-95]. Additionally, the fact that the information circulated was misleading also prevented the agreement from being exempted under Art. 101(3) TFEU because it could not qualify as ‘indispensable’ within the meaning of the third cumulative requirement of this provision [96-101].

The findings of the Court in this regard, although not revolutionary, further confirm and clarify two important aspects of ‘by object’ restriction. First, as noted by AG Saumandsgaard when dealing with this question [150], the concept of ‘by object’ restrictions is not limited to the forms of collusion explicitly noted in Art. 101(1) TFEU. Whether a certain practice will qualify as a restriction ‘by object’ is dependent not on its form but rather on the economic function and logic within its legal and economic context. This is clearly observable in this case, particularly in the AG opinion. Accordingly, the misleading dissemination of exaggerated information is considered a restriction by object, however the dissemination of information that is not misleading would be in conformity with Art. 101 TFEU even if it would equally shift the demand from Avastin to Lucentis [152-155 of the Opinion]. Second, the so called ‘quick test’ in the context of restrictions ‘by object’ is intended to be concise and by no means equal to an effects analysis despite some instances where the difference between the two became a tad blurry (e.g. Allianz Hungaria). The evaluation of the AG and the Court in this case entails exactly that – a concise and systematic inquiry into the economic role and purpose of the concerned practices within their legal and economic context.