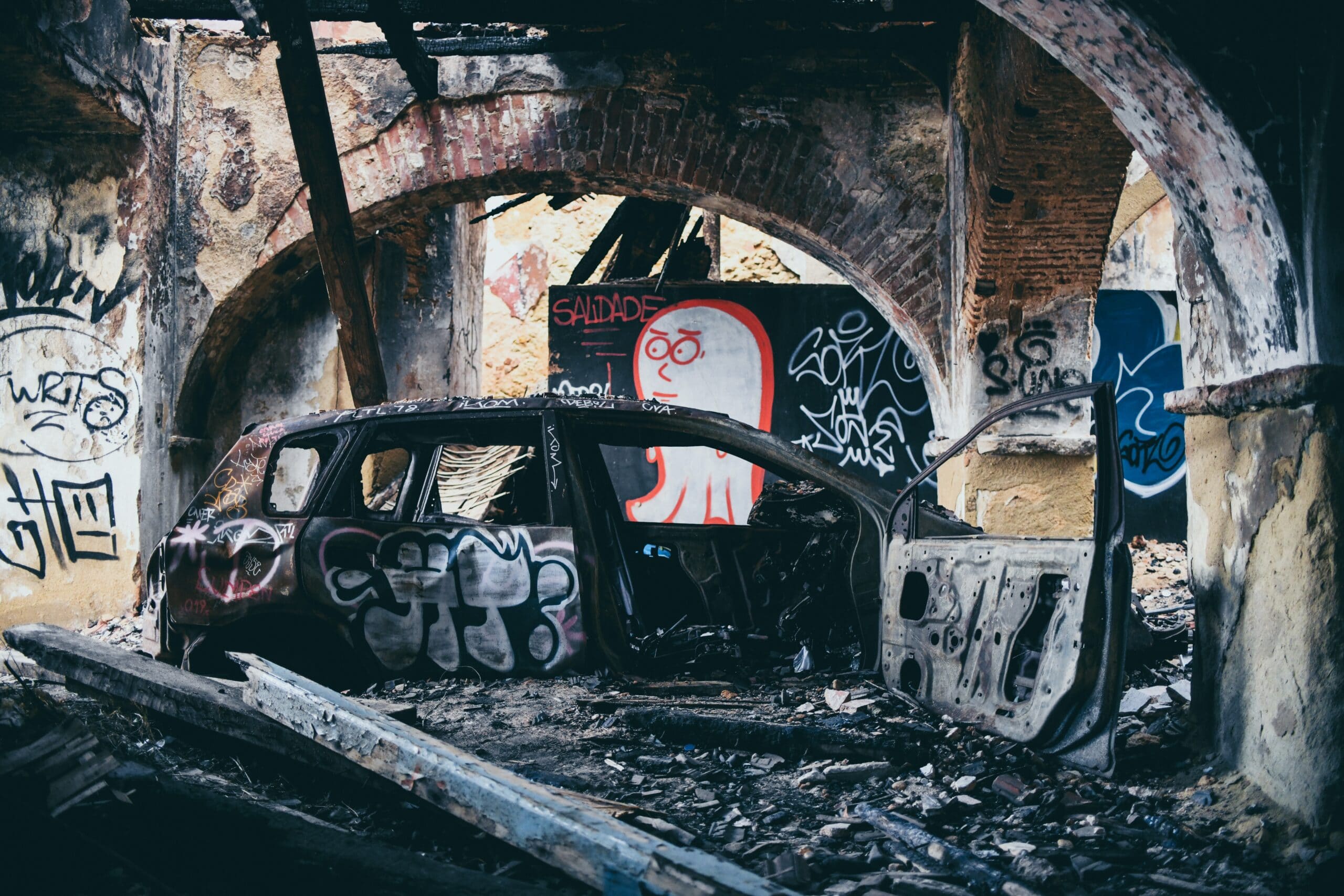 Algorithmic collusion, algorithmic cartels, AI price fixing cartels and many other pseudo computer science themes have become a source of great interest for competition law authorities, practitioners and academics. The allure of these topics is understandable; the idea that cartels can come into existence without human intervention is a fascinating matter despite the fact that fully automated (not to mention autonomous) pricing systems are highly uncommon in practice. However, until pricing software reaches such levels of sophistication the preliminary aspects of this future complexity must firstly be addressed, namely the parallel use of identical pricing software by competitors. The recent case against Accenture in France may require French courts to do exactly that when asked to decide whether the parallel implementation of Accenture’s pricing software by competing carmakers is compatible with competition law.

Accenture, a corporate consultancy, is the current owner of rights behind the car part pricing software by the name of Partneo. Partneo was developed by an ex-employee of Accenture, Laurent Boutboul, with the purpose maximizing the profits of carmakers. The algorithm behind the Partneo software was designed to identify the maximum price consumers would be willing to pay for (visible) cars parts such as fenders or bumpers where there is almost no inter or intra brand competition. In the period of 2008 to 2013 five major carmakers have boosted their revenues by more than 1 billion dollars thanks to using Partneo, which increased the prices of their inventory with 15% on average. This effect on prices, as frustrating as it may be for consumers, is, however, not prohibited under competition law. The anti-competitive aspect in this case does not concern the software as such but rather the manner in which the various carmakers made the decision to use Partneo that consequently resulted in a parallel increase of prices car parts in practice. According to claimant Laurent Boutboul, the creator of Partneo inventor, Accenture convinced carmakers to adopt Partneo by showing them the increases of prices and revenue Partneo secured for their respective competitors, thus infringing competition law. Confidential records obtained by the media apparently show that Accenture helped co-ordinate the price levels of Renault and PSA Peugeot Citroen, and may have even arranged a clandestine meeting between company executives. With regard to Nissan, Jaguar Land Rover and Chrysler which also use this software, the details are still not entirely clear with regard to potential collusion. Although the case is pending and many details about the case are still publically unknown, these circumstances requires reevaluating where we stand when it comes to parallel use of identical pricing software.

The increased use of automatic pricing software designed to instantly react to market circumstances brings about a complex scenario when adopted by multiple undertakings which are considered to be competitors. Although the use of such software is not prohibited, the parallel reliance on it may lead to similar detrimental effects as a cartel, while not necessarily falling under the scope of Art. 101 TFEU. In theory, if all or several competitors in a specific sector make use of the same pricing software that relies on the same price calculation algorithm, they will experience very similar relative changes in price once the software is implemented. This is essentially the situation in the case against Accenture; while the absolute price of car parts varies among carmakers involved in the case, the relative increase in price resulting from the implementation of Partneo was at times rather comparable. Accordingly the collective adoption of the pricing software can create cartel-like results in a non-transparent market without, in principle, necessarily falling foul of competition law rules. In practice, in the case of homogenous products sold online, such pricing software may often be complemented by monitoring tools that allow undertakings to keep track of the absolute pricing of their competitors and instantly adapt their prices automatically according to the programmed limits of the software (see e.g. Competitor Monitor). The use of such software and its detrimental effects have been observed by the Commission in its recent e-commerce sector inquiry. The widespread use of such software reduces the incentives to lower prices by eliminating the possible benefit of first mover advantage, which may reduce competition in the long run. The adoption of such software in practice will, however, not likely be a result of an agreement among competitors or a decision of an association of undertakings. Such a situation would almost instantly be perceived as (prima facie) anti-competitive. Consequently, if the negative effects of parallel use of identical pricing software are to be tackled via competition law, the only possibility to do so depends on whether such practices can constitute concerted practices which in most cases will not be evident.

Concerted practices require finding the existence of contact among two or more competing undertakings which results in the implementation of parallel business practices by such undertakings [T-Mobile, par. 51]. Therefore, in the case of parallel use of pricing software, the first step in establishing the existence of concerted practices should consist of evaluating whether the choice to implement the pricing software is a result of contact among competitors. In this regard it should be added that contact via digital means may entail a higher standard of proof than in the case of more traditional means of contact (e.g. meetings or phone calls) where the awareness of the concerned undertakings in relation to the contact is simply assumed [Eturas, par. 44-45]. In absence of such proof the parallel use of identical pricing software will not be considered anti-competitive. Rather,  it will be considered a result of the unilateral decision making process of the respective undertakings. If certain pricing software gains popularity within a sector there is no legal basis for prohibiting its parallel use since companies are always allowed to intelligently adapt to the conditions on the market. Consequently evidence of parallel price increases in such cases will not be sufficient to trigger a presumption that concerted practices occurred [Imperial Chemical Industries Ltd, par. 64-66]. This is because the parallel increase in price would be explained by that fact that it is a result of using an identical pricing algorithm rather than contact among competitors. Where markets are transparent and monitoring tools are also implemented absolute, prices may even become parallel without falling foul of Art. 101 TFEU for similar reasons.

The case of Accenture, assuming that the information provided by the media is correct, may ultimately prove to be less challenging as some evidence concerning exchange of sensitive information seems to be available. Accordingly, it was noted that executives of Renault and PSA Peugeot Citroen were brought in contact by Accenture with the purpose of discussing their mutual use of Partneo. The circulation of sensitive information in this scenario with regard to the implication of the pricing software among may entail that the parallel adoption of such software constitutes a form of concerted practices as it fulfils the criteria of T-Mobile.

However, with regard to other carmakers – to the extent that their decision making process to adopt Partneo was solely a result of contact with Accenture – the situation is more complicated. In such a situation the information provided by Accenture to the carmakers which convinced them to make use of Partneo will determine the legality of such action. Accordingly, if carmakers implemented Partneo because of the convincing business proposal of Accenture based on the quality of the software and its added value to the business practices of the carmakers- no infringement of competition law can be established. The fact that multiple undertakings chose to use Partneo is then just a manifestation of its success as is the case with any product or service enjoying wide spread adoption. However, if the business proposal of Accenture included an exchange of sensitive pricing information of competitors in relation to the use of Partneo or indications of the possibility to coordinate prices without contacting competitors directly, adopting Partneo may constitute an infringement of competition law. Competition law requires undertakings to distance themselves from such information exchange. Adopting the software after being exposed to sensitive pricing information of competitors would entail a certain degree of conscious coordination among competitors (or at least among the carmakers which received such information). Consequently the entire situation may constitute a hub-and-spoke concerted practices among Accenture and the carmakers which adopted Partneo. In this context Accenture may be considered to have acted as a facilitator of such anti-competitive practices [AC-Treuhand]. Evidently, reality may prove to be less black and white than the mentioned possible scenarios (due to different circumstances or simply sue to the lack of evidence), making the decision of the French court even more burdensome. Nonetheless, the case of Accenture is an important one for the future as automatized pricing will eventually become more the norm than the exception and clarity is required with regard to the competition law implications of parallel use and adoption of identical software by competitors.

Digitization is likely to keep challenging the boundaries of competition law application where the growing reliance on software may eventually require revising the current concepts and criteria relied upon. Throughout this process of increased digitization is it important to continuously revisit the desirability and competition law implications of such process. This is particularly so with regard to pricing software which intervenes with competition in the most evident manner. In this respect, the case of Accenture may prove to be a great case-study to the current limits of competition law practice when it comes to technology inhibited parallelism. Finally, on a more positive note, it is important to realize that the ‘doom scenario’ in the case of parallel use of identical software does not mean that competition will cease to exist. Price competition is only one aspect of competition and perhaps the only one that can be subjected to automatized decision-making process. Thus, beyond this aspect, undertakings will still have to provide evidence of common or parallel market conduct which cannot be a result of automatized unilateral decision making, such as quality levels of materials or privacy, will remain suspicious from a competition law perspective.