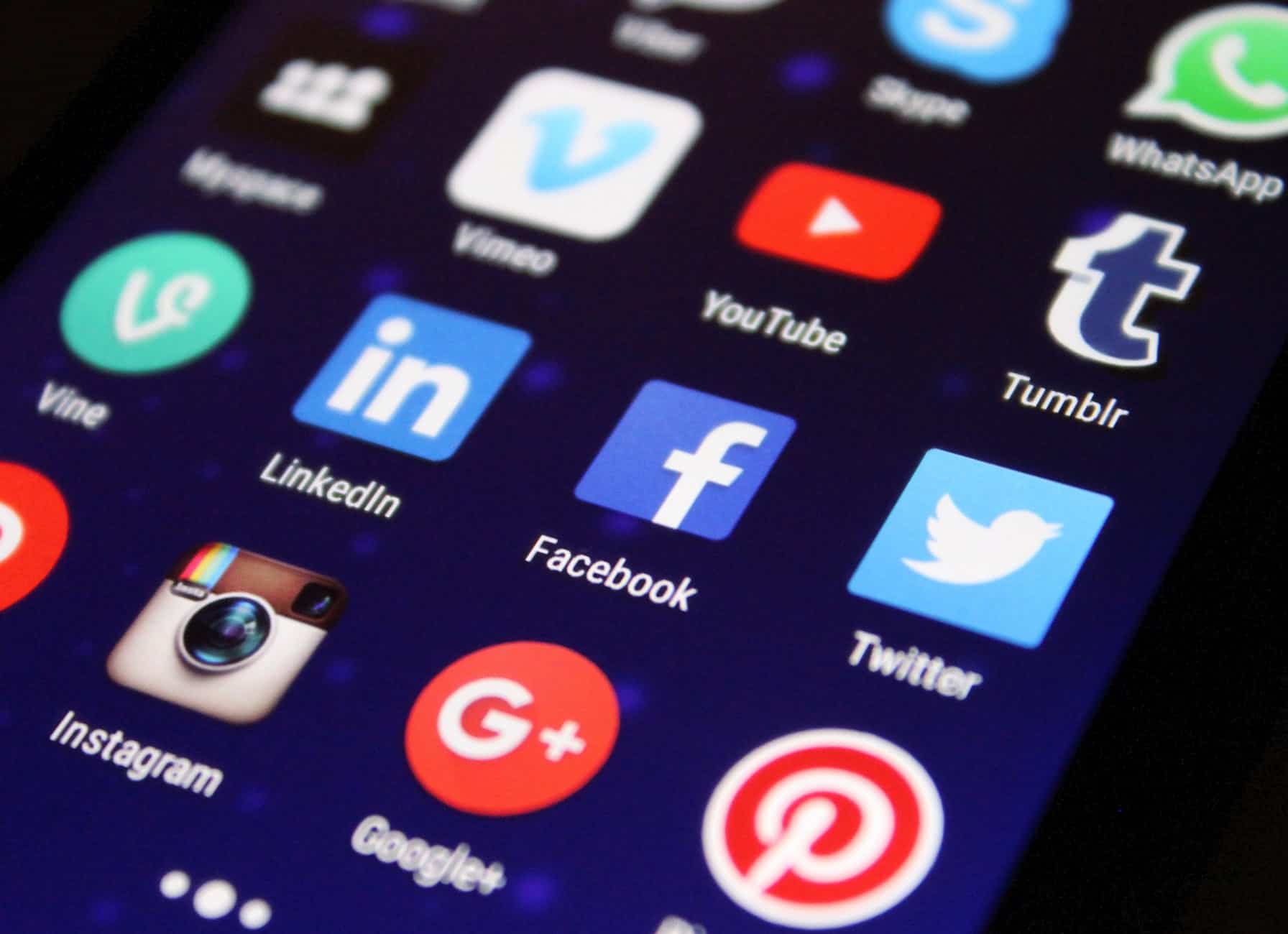 On 26 April 2018, the European Commission adopted its Proposal for a Regulation ‘on promoting fairness and transparency for business users of online intermediation services’. In short, the proposal seeks to regulate the relation between platforms and businesses by imposing a number of transparency obligations on the former. In this blog post, I will take a closer look at the proposal by answering three questions: (i) why does the Commission want to regulate platform-to-business trading practices?; (ii) how does the Commission propose to do so?; and finally (iii) what is not included in the proposal?

Why is the Commission regulating platform-to-business trading practices?

The Commission’s proposal does not come out of nowhere—quite the contrary. It started with a 2015 public consultation, in which business users of platforms (also termed ‘suppliers’) were asked to comment on their experiences with those platforms (e.g. marketplaces, app stores and social networks). Nine out of ten respondents considered there was ‘room for improvement’ in that relationship, singling out ‘unbalanced terms and conditions’ imposed by platforms as most detrimentally affecting their activity.

The results of this consultation were at the basis of a two-year fact-finding exercise, in the course of which the Commission produced (or commissioned) a great deal of studies and reports. Combined with a number of focus groups and workshops, these lead to an impact assessment and ultimately the current proposal. Of course, these activities were not carried out in a policy vacuum, but rather within the Digital Single Market strategy—a Commission priority aimed at making the single market fit for the digital age.

The Commission concluded that data-driven direct and indirect network effects tend to result in a limited number of successful platforms per intermediated segment of the economy, making them quasi gatekeepers to markets and consumers. As the suppliers (e.g. online retailers and app developers) are often small merchants, the relative market strength of the trading parties is especially asymmetrical.  The superior bargaining power of platforms then leads to a number of potentially harmful trading practices such as terms and conditions that change without notice, products that are delisted and accounts that are suspended without explanation, and a lack of transparency regarding which products on the platform are favoured (typically the platform’s own products).

According to the Commission, existing EU regulation does not adequately address the issues in platform-supplier relations. Article 102 TFEU only targets platforms in a dominant position, but such dominance is not necessarily present (and is, in any case, difficult to establish). Consumer protection law—and in particular the Unfair Commercial Practices Directive—is limited to B2C transactions, while the issues identified concern a B2B relation. Finally, some Member States have started targeting platforms with national legislation (e.g. France’s law on platform fairness), but the Commission wishes to prevent such regulatory fragmentation.

How is the Commission regulating platform-to-business trading practices?

For the above reasons, the Commission proposed a Regulation (with accompanying press release and factsheet). First and foremost, the proposal is about transparency (‘fairness’ was also added to the title, presumably to align with the Commission’s recent focus on this principle, especially in digital markets). Secondly, the envisaged Regulation would oblige platforms to institute dispute resolution mechanisms. Taken together, these rules should ‘establish a fair, predictable, sustainable and trusted online business environment, while maintaining and further encouraging an innovation-driven ecosystem around online platforms across the EU.’

Crucially, the Regulation starts by defining its scope, which is especially challenging given the definitional uncertainty surrounding platforms. The Commission has chosen to define platforms (termed ‘online intermediation services’) by building on the existing definition of ‘information society service’ and adding two characteristics, namely (i) facilitating direct transactions between businesses and consumers; and (ii) maintaining a contractual relationship with those parties. While this definition includes marketplaces, app stores and social networks, it does not capture search engines, which lack a contractual relationship with the websites they list. They were therefore separately added to the scope of the Regulation.

The Regulation then imposes a number of transparency obligations on those platforms, which can be broken down into six categories.

1. Terms and conditions (T&Cs) must be clear, unambiguous and easily available. When the platform changes its T&Cs, it must notify its business users and respect a notice period of at least 15 days. This last obligation appears particularly welcome for app developers, who are given at least some time to adapt their apps to changing T&Cs (especially regarding the app store’s application programming interface), rather than being removed.

2. In its T&Cs, the platform must also set out the objective grounds for decisions to suspend or terminate the provision of its intermediation service to business users. When the platform does suspend or terminate its services, it must provide specific reasons for doing so, including a reference to the applicable objective ground. This obligation may, for example, temper the tendency of app stores to remove apps that compete with the app store provider’s own offering (see e.g. last week’s blog post on Unlockd v Google).

3. Platforms must set out in their T&Cs the main parameters according to which they rank goods and services, and justify the relative importance of those parameters. Given that search engines lack a contractual relationship with the websites they rank, they must make their parameters available publicly. Importantly, it must be clear to what extent and how any remuneration can influence the ranking. This obligation is complementary to another Commission proposal (the ‘New Deal for Consumers’), which requires platforms and search engines to also inform consumers about ranking parameters and promoted search results.

4. Many platforms are vertically integrated, meaning they do not only provide the intermediation service, but also offer goods or services in competition with their business users (cf. the app store example above). If the platform’s own products are given differentiated treatment—i.e. are favoured, either in the ranking of results or with regard to fees paid for the intermediation—this must be included in the T&Cs.

5. Any differentiated treatment relating to access to data by the platform and the business users must also be specified. More generally, the T&Cs must indicate to what extent each party has access to the data generated through interactions on the platform. These obligations may be targeted at platforms such as Amazon, which appears to use the vast amounts of sales data generated by suppliers to determine which products it should start producing itself—a practice the Commission already flagged in its E-commerce Sector Inquiry.

6. Where platforms make use of most favoured nation clauses or ‘MFNs’ (prohibiting suppliers from offering their goods or services at more favourable conditions elsewhere), they must set out the main economic, commercial or legal considerations for doing so. The Commission is careful to add that this obligation does not affect the legality of MFNs, which regrettably means that competition authorities and national legislators can continue to treat these clauses disparately across the EU.

Aside from these transparency obligations, the proposal seeks to offer suppliers effective redress when harmful practices do arise. To do so, it makes platforms responsible for instituting dispute resolution mechanisms. In the first place, they must provide for an effective internal system for handling complaints by business users. However, this obligation does not apply to small enterprises. Without exception though, every platform must identify in its T&Cs one or more mediators with which they are willing to engage to settle disputes. Finally, representative organizations and public bodies are given the right to bring actions when platforms or search engines do not comply with the Regulation.

What is the Commission not regulating in platform-to-business relations?

The Regulation obliges platforms and search engines to be transparent about their trading practices, but does not prohibit any practices as such. Most notably, platforms have to specify how they favour their own (vertically integrated) goods or services, but are not prevented from discriminating against their suppliers. Yet such discrimination is at the heart of a number of recently concluded and on-going abuse of dominance cases in the EU and beyond.

These cases are premised on the idea that transparency is not enough. Indeed, when Google was accused of favouring its own comparison shopping services in its search results, it offered to maintain a high degree of transparency. However, the Commission did not accept these commitments and finally ordered Google to comply with the principle of equal treatment (or non-discrimination).

Two main reasons seem to justify why the Commission limits the Regulation to transparency. Firstly, the issue of discrimination appears to be mostly confined to (potentially) dominant platforms such Amazon, Google and Facebook. In those cases, Article 102 TFEU can offer redress (although procedures take long, and the Google case seems not to have spurred behavioural changes by other platforms, or even by Google itself with regard to its other vertically integrated services). Secondly, the Commission wishes to be careful not to harm the innovation capacity of platforms, which may suffer under far-reaching regulation. As I have argued before, it does appear prudent to test the effectiveness of transparency before imposing more intrusive obligations.

For now, however, the Regulation is nothing more than a proposal. But while it still has to be approved by the European Parliament and the Council, it may find a sympathetic audience in Brussels. The European Parliament, for example, has previously called for a targeted legal framework concerning platform-to-business practices with a focus on transparency. In the meantime, the Observatory on the Online Platform Economy (which was set up in parallel to the proposal), will monitor the evolution of the platform economy, including the issues covered by the Regulation.