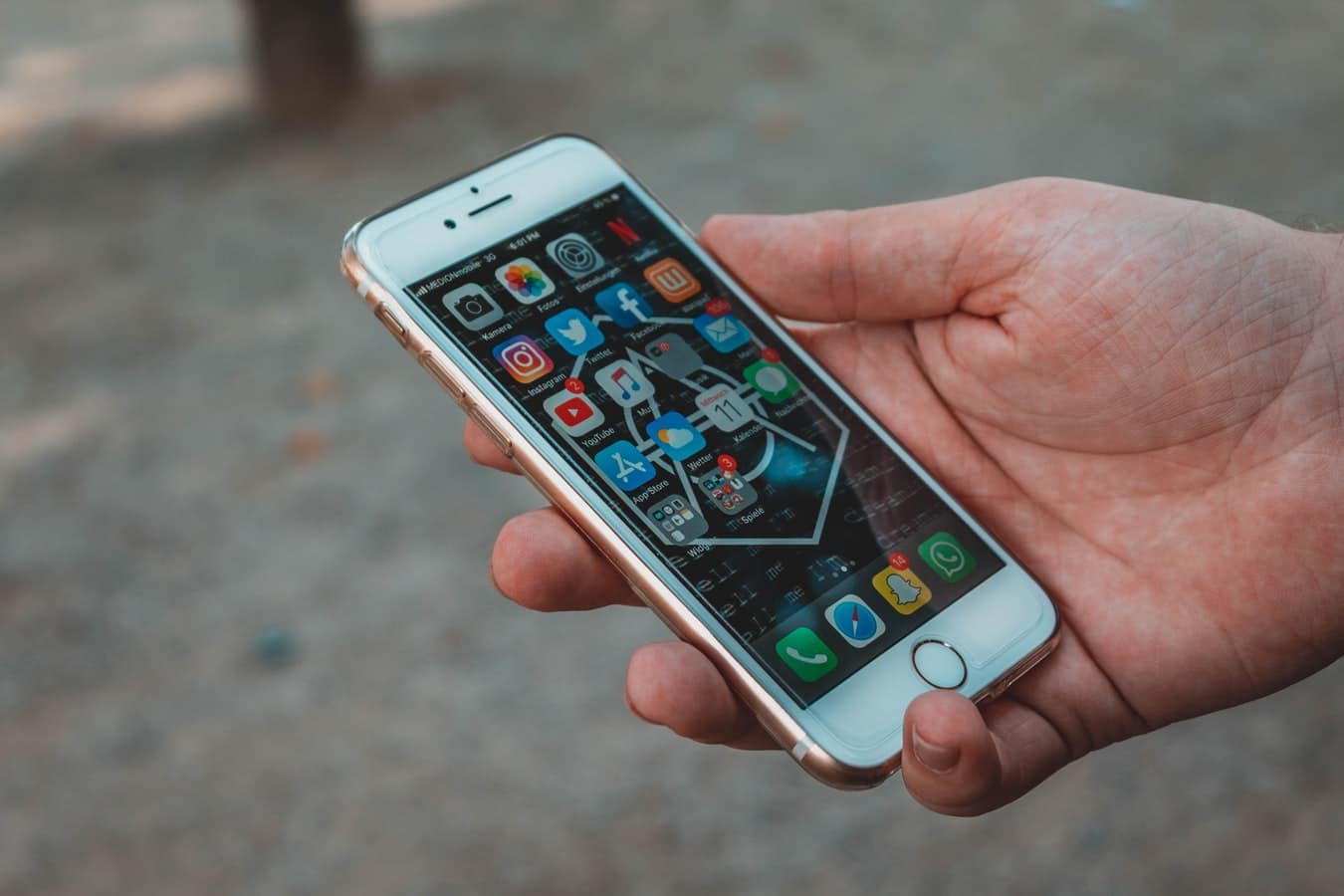 These days Apple is at the Supreme Court trying to defend its pricing scheme for the App Store, which is currently under fire for being potentially abusive with respect consumers that end up paying perhaps quite a bit more for their apps than they should. Although it is uncertain whether the claimants will be allowed to proceed with the claim, the case is nonetheless a perfect example of a situation where a platform’s governance can turn zero-pricing into supra-competitive pricing.

Consumers vs. Apple  – the idea behind the claim

The logic of the case against Apple is quite straightforward.  The claimants, representing the interests of consumers, essentially claim that Apple’s closed IOS platform and its 30% commission charged by Apple from developers selling their apps via the Apple App Store leads to inflated app prices paid by consumers. Unlike Google, Apple prohibits Apple product owners to purchase apps from third parties. Accordingly, once consumers have bought an IOS device they have no choice but to accept the prices charged by Apple and app developers selling their apps in the App Store as there is no other source for obtaining IOS apps. Therefore any raise in the commission charged by Apple to app developers is passed-on in the price presented and charged from consumers, as these cannot exert any pressure on Apple or the app developers due to a lack of alternatives. In light of these circumstances, the claimants maintain that Apple has unfairly monopolized the market for IOS app stores and its high commissions are unjustly inflating prices in the App Store.

The case before the Supreme Court

The case that is currently before the Supreme Court is not about whether Apple’s has indeed infringed antitrust law but rather whether the claimants have standing in this case against Apple. The legal analysis of the case will take place only if the claimants are granted the possibility to proceed with the case.

The transcripts of the oral pleadings show that the entire case revolves at the moment around determining how the ‘Illinois brick doctrine’ applies to the case. The doctrine plays an important part at this stage as it indicates that only direct purchasers of a good are entitled to collect antitrust damages. In this regard both the claimant and the defendant in the case say that the doctrine should be applied to the case but evidently in a different manner. The claimants hold that consumers are in fact direct purchasers of apps from Apple that also pay the 30% commission charged by Apple on top of the app price determined by the developers. By contrast, Apple maintains that consumers are not direct purchasers of apps from Apple but from the app developers that chose to pass-on the 30% commission and thus consumers cannot claim any injury from Apple resulting from such commission.

Although the extensive debate about the applicability of the ‘Illinois brick doctrine’ to this case is understandable given its role, the subject of the competition problem seems to have been lost in the process. The focus on this doctrine caused parties to turn away from the subject matter in the case and look instead at the contractual formalities at play, which risks giving a free pass to Apple due to a technicality.

In essence the case is about a (monopolist) two-sided platform, namely the App Store, and its pricing scheme, which may or may not cause harm to the customers of this platform, namely app developers and consumers. When considering whether the consumers have standing, this subject matter as discussed below should be taken into account rather than focusing solely on semantics and formalities of the case that are not entirely relevant to the harm potentially caused by Apple.

Furthermore, if one insists on formalities, the following discussion shows why it could also be argued that both consumers and app developers are direct buyers with regard to the interaction facilitated by Apple’s App Store and should both have standing in a damages case against Apple.

The Apple App Store constitutes in practice a two- sided platform, which entails that it facilitates the interaction between two separate customer groups, namely consumers and app developers, through some form of matchmaking in return for a fee. A characteristic of such two-sided platforms is that their separate customer groups exhibit indirect network effects. This is also the case with the Apple App Store with regard to its customers groups, namely the app developers and consumer. The more developers sell their apps via the App Store more valuable the platform is for consumers and vice versa. In order for platforms to be become viable become successful they must (on top of delivering a good product) effectively harness these indirect network effects while trying to keep the volume of members in each of their customers groups optimally balanced. In the case of Apple this means trying get the sellers to buyers ratio to an optimal point and keeping it so in the long run. Achieving such goals in practice requires that the platform develops a compatible governance system determining the rules of participation on the platform and sets up a pricing scheme (which is often skewed) for the interaction it facilitates. Both these elements will relevant for the case against Apple.

In the case of the App Store, the platform facilitates the possibility for consumers and app developers to buy and sell IOS compatible applications. This interaction is offered to both consumers and app developers.  Apple charges a 30% transaction commission for this interaction. According to Apple’s price scheme for this interaction, app developers carry the full burden of this fee while consumers get this service for the price of zero. In reality the pricing scheme is reversed as the 30% commission fee is passed on to consumers in the price of the apps. The reason why such practice could develop is rooted in the governance of Apple around the IOS system and the App Store.

Generally speaking, the customer groups of platforms often multi-home, meaning that they use several competing platforms for the same purpose. For example consumers can book the same hotel rooms on multiple competing booking platforms and often do so depending on the price they receive in each case. This situation is one where both hotels and consumer multi-home. Ideally, however, a platform would prefer that (at least) one of its customer groups would single home, basically granting the platform exclusivity over that customer group. If that occurs, the platform has monopoly power over the access to such a customer group enabling it to charge higher prices from the other platform customer group(s) seeking to get access to the single-homing customer group. Getting consumers to single-home to one platform is, however, extremely difficult where all platforms adopt zero-pricing strategies and offer similar options to such consumers. This is where the Apple’s governance for IOS and its link to the App Store come into the picture.

Instead of taking part in an intensive competitive process with other IOS app stores for consumers and app developers in the hope to get them to single-home Apple took the easy (and perhaps smarter) route. It categorically prohibited consumers from obtaining their apps via other outlets than the App Store through both contractual and technical means. By doing so Apple forced consumers into single-homing giving it exclusivity over all IOS product owners with respect to access from app developers. Unlike single-homing which is a result of intense competition the single-homing forced by Apple on consumers is irreversible once they have purchased their IOS product, consumer lock-in is quite air tight and shields Apple from competition on the IOS app store market. This governance grants Apple a monopoly position on the market for IOS apps stores and contributes greatly to the harm the both consumers and app developers may experience due to Apple’s pricing decisions.

So, what is the (potential) harm?

The monopoly power Apple has on the IOS app store market, by virtue of its IOS governance, enables it to charge (potentially) supra-competitive prices for the interaction it facilitates between consumers and app developers. In the price scheme for the App Store, Apple charges only the app developers for facilitating this interaction, namely enabling the transaction. However, because of the consumer lock-in created by IOS governance, app developers can easily pass-on the commission fee to consumers without risking losing too many customers since consumers have no alternatives. Consequently, while Apple says it charges only the app developers in practice that is not the case because of the lock-in situation it created for consumers. Accordingly, what started off as a zero-pricing value proposition for consumers often turns out to be quite expensive.

As both customer groups of the interaction may end up paying the full 30% commission or at best share the commission amongst each other, determining harm will require among others assessing whether this 30% commission is supracompetitive. Whichever of the parties bears the financial burden is irrelevant as the interaction is a single product acquired by both from Apple (for a more detailed discussion on this see previous post and/or paper on the market definition). In this regard, if one wishes to refer to the ‘Illinois brick doctrine’ both consumers and app developers are direct buyers of Apple’s App Store service. Furthermore, the analysis will eventually have to determine whether Apple’s governance dictating exclusivity is in breach of antitrust as it essentially allows Apple to monopolize the IOS app store market.

The intuitive answer for the question whether Apple’s prices are supra-competitive would be yes simply because there is no competition on the IOS app store market what so ever, so there is very limited reason for Apple to adopt a competitive commission fee. In the case of Android, the commission fee for the Play Store is also 30% which is not surprising given that Google has a dominant position in the market for Android app stores by virtue of its tying practices. So any price comparison with between the App Store and the Play are more likely to indicate that both Apple and Google charge supra-competitive prices for their app stores than any other scenario. This is also confirmed to some extent by the great deal of attention (and support) given to app developers that succeed in bypassing Google’s Play Store commission like the famous game Fortnite. Similarly, it is unclear why the absolute ban of third party app stores for IOS devices is needed beyond the purpose of guarantying a monopoly position on the IOS app store market.

Off course, any form of harm will still have to be proven by the claimants if allowed to proceed and cannot simply be assumed to occur despite the above-mentioned circumstances.

If allowed to proceed, the case against Apple will become perhaps a more important platform case than Amex, which may lead to serious changes in the business practices of (online) platforms in terms of pricing and even vertical restraints. Unfortunately, for the time being most of the discussion concerning the harm caused by the practices of Apple was lost in the discussion on the ‘Illinois brick doctrine’. It now remains to be seen whether the Supreme Court will see beyond the formalities of the case and allow it to go forward where a through antitrust analysis will have to take place.