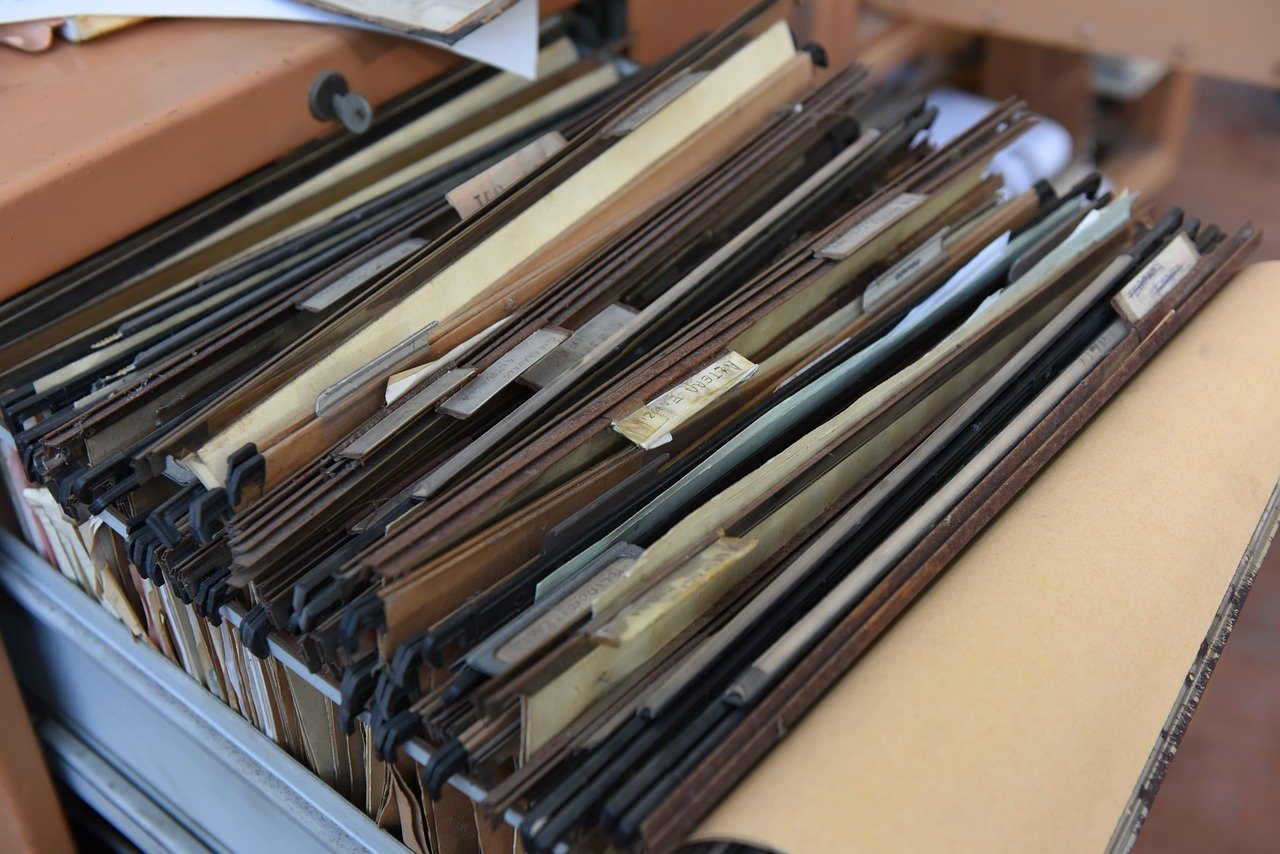 Over the past five years, the EU’s merger control regime has been hotly debated. The main concern driving the debate has been the intensive acquisition activity in the tech and pharmaceutical sectors. However, many of those acquisitions escape the jurisdictional thresholds of the EU Merger Regulation (EUMR) and therefore cannot be reviewed by the European Commission (EC). On 26 March 2021, the EC published a new guidance on the pre-existing referral mechanism, which increases the number of acquisitions it can scrutinize. In this blog post, I start by reviewing the debate around tech acquisitions and then take a closer look at what the new guidance means for those transactions.

The debate around tech acquisitions

In 2016 already, the EC opened a consultation on the evaluation of the procedural and jurisdictional aspects of EU merger control. The focus was on the thresholds that determine the EC’s jurisdiction, which are based on the turnover of the acquirer and target. In digital and pharmaceutical markets, however, acquisition targets may play a significant competitive role without generating much turnover and thus fall outside of the scope of EU merger control. Indeed, the acquisitions of both Instagram (2012) and WhatsApp (2014) did not reach the EU thresholds, even though—especially in hindsight—those acquisitions clearly removed potential competitors from the scene. Should the merger control regime be adapted to capture those transactions?

The consultation did not immediately lead to any changes. At the same time, concern about the EUMR’s blind spots only grew. Cunningham et al. published a seminal paper in 2018 on so-called ‘killer acquisitions’, in which incumbent firms acquire innovative targets solely to discontinue the target’s innovation projects and pre-empt future competition. In a study of the pharmaceutical sector, they estimated 5.3–7.4% of acquisitions qualify as such. Importantly, these killer acquisitions disproportionally occur below the thresholds for merger review.

The term ‘killer acquisitions’ was immediately co-opted to describe acquisitions in the tech sector, but not always accurately. Indeed, while acquisitions of startups by incumbent tech companies (in particular the GAFAM, i.e. Google, Amazon, Facebook, Apple and Microsoft) are a valid source of concern, the target is often not ‘killed’. Rather, the target’s product is integrated into the incumbent’s ecosystem (in this way, acquisitions are a substitute for in-house R&D).

The target’s product is not uncommonly discontinued, but it is more difficult to discern the underlying motivation. Compared to the pharmaceutical sector, substitution between products is often less perfect, and the products (e.g. a social mechanic) are generally not patentable. Still, killer acquisitions may certainly occur. Facebook, for example, has shut down about half of its almost 100 acquisitions. Some of those, e.g. of Masquerade (bought in 2016; shut down in 2020) and tbh (bought in 2016; shut down in 2017) may qualify as killer acquisitions.

The concerns regarding tech acquisitions are exacerbated in various ways. For one, tech firms may be able to identify potential targets earlier than traditional businesses. Facebook offers an example: it bought Onavo, an app that tracks data usage on smartphones, and has used the aggregated data of its millions of users to direct its acquisition strategy. Moreover, Startups—especially VC-backed ones—already have strong incentives to sell to the incumbent. However, even when founders refuse to sell, that is not the end of it. Amazon, for example, convinced the owners of Quidsi to sell their diaper delivery service by undercutting it with prices that may have been predatory. Finally, the incumbent platform may decide to simply copy the features of the new product and subsequently rely on its established user base to win out against the entrant. After Snapchat refused Facebook’s acquisition offer, for example, Facebook copied Snapchat’s popular ‘Stories’ feature on its three major platforms (Facebook, Instagram, WhatsApp), after which Snapchat’s growth stalled.

This acquisition, strong-arming and copying process is said to result in a ‘kill zone’ around the incumbent platforms, where startups challenging them receive less and less VC funding, which stymies innovation. One venture capitalist went as far as stating: ‘We don’t touch anything that comes too close to Facebook, Google or Amazon.’ And the evidence is not just anecdotal; there is also a growing body of empirical research based on VC investment data (see e.g. here and here).

Different solutions to the same problem

How to catch those killer acquisitions, as well as those acquisitions where the target was not killed but the pressure from a significant (potential) competitor was nevertheless removed?

The first option is to change the jurisdictional thresholds. For example, in contrast to the EC, the UK Competition and Markets Authority was able to review the Facebook/Instagram transaction because its jurisdiction is based not only on turnover (which Instagram had not generated at that point) but also on the firms’ ‘share of supply’. Another potential jurisdictional test is based not on turnover but on the transaction value. Both Germany and Austria have complemented their turnover-based thresholds with value-based thresholds (of €400 and €200 million, respectively). Given that tech transactions often do have a high value (Facebook paid $1B for Instagram), such changes significantly expand the scope of merger control in the tech sector.

However, the EC did not pursue changes to the jurisdictional thresholds. Commissioner Vestager stated that ‘it’s not easy to set a threshold like that at the right level’:

If it’s too high, it doesn’t really help – you still end up missing a lot of the cases that matter. On the other hand, if you set it low enough to make sure that you see all those mergers, you risk making companies file a lot of cases that simply aren’t relevant. So right now, changing the merger regulation, to add a new threshold like this, doesn’t seem like the most proportionate solution.

Instead, the EC will rely on a tool that has been at its disposal all along: the referral mechanism. According to Article 22 of the EUMR:

One or more Member States may request the Commission to examine any concentration … that does not have a Community dimension [i.e. does not meet the turnover thresholds] but affects trade between Member States and threatens to significantly affect competition within the territory of the Member State or States making the request.

The idea doesn’t come out of nowhere; after all, the Facebook/WhatsApp transaction made it to the EC after a referral from three Member States (albeit under Article 4(5)). In the past, the EC discouraged referral requests from Member States that did not have original jurisdiction over the transaction (based on their thresholds, turnover-based or otherwise). In its new guidance, however, the EC has clarified that Article 22 is applicable also to concentrations that do not meet the jurisdictional criteria of referring Member States.

The EC also posited some guiding principles to assess when a transaction fulfils the conditions of Article 22. In particular, a transaction must threaten to significantly affect competition in the Member State making the request. The Member State is required to provide prima facie evidence of a possible significant adverse impact on competition. Relevant indications include ‘the elimination of a recent or future entrant or the merger between two important innovators’, which seems to hint at killer acquisitions.

The EC adds that ‘the categories of cases that will normally be appropriate for a referral … consist of transactions where the turnover of at least one of the undertakings concerned does not reflect its actual or future competitive potential’. Value-based thresholds are brought in through the backdoor as ‘the Commission may also take into account whether the value of the consideration received by the seller is particularly high compared to the current turnover of the target.’

The policy change has a significant impact on legal certainty. The EUMR binds the EC to tight deadlines to review a transaction, which the parties can only implement once a decision has been reached (within those time limits). However, the new guidance holds that ‘the fact that a transaction has already been closed does not preclude a Member State from requesting a referral’. The EC limits its discretion somewhat by stating that it ‘would generally not consider a referral appropriate where more than six months has passed after the implementation of the concentration’.

The guidance ends with some procedural provisions that determine the respective roles of national competition authorities, the merging parties, third parties and the EC in this process. Some further time limits are imposed, but their ‘triggers’ are not always fixed. For example: ‘If no notification is required, a referral request must be made at most within 15 working days of the date on which the concentration is otherwise made known to the Member State concerned’. Other Member States may then join the request within 15 working days, and the EC decides whether to examine the transaction at the latest 10 working days after the expiry of that period.

Will the new guidance make merger review more effective? The EC will certainly be able to scrutinize more transactions. For example, on 31 March 2021, Austria notified the EC of Facebook’s acquisition of the customer service Kustomer for $1B. Given the above time limits, the EC must decide whether to take the case in the first week of May. Clearly, the further implementation of the mechanism will depend greatly on how Member States and the EC make use of their considerable discretion when referring/accepting acquisitions.

In any case, the fact that the EC can now review transactions that are already being implemented is a complete turnaround from previous procedure. The guiding principle of the EUMR—(relatively) short and certain procedures—is now at risk. While the EC puts in place some safeguards, it remains to be seen whether those are enough.

The last question is one of incentives: how will the shift in policy effect the behaviour of incumbents and startups? The general intuition here is that ‘making it too difficult for startups to be acquired … may unintentionally reduce incentives to invest in the first place.’ When one substitutes intuition for economic models, the effects are more mixed. In particular, restricting buyouts may increase the novelty of innovation pursued by startups.