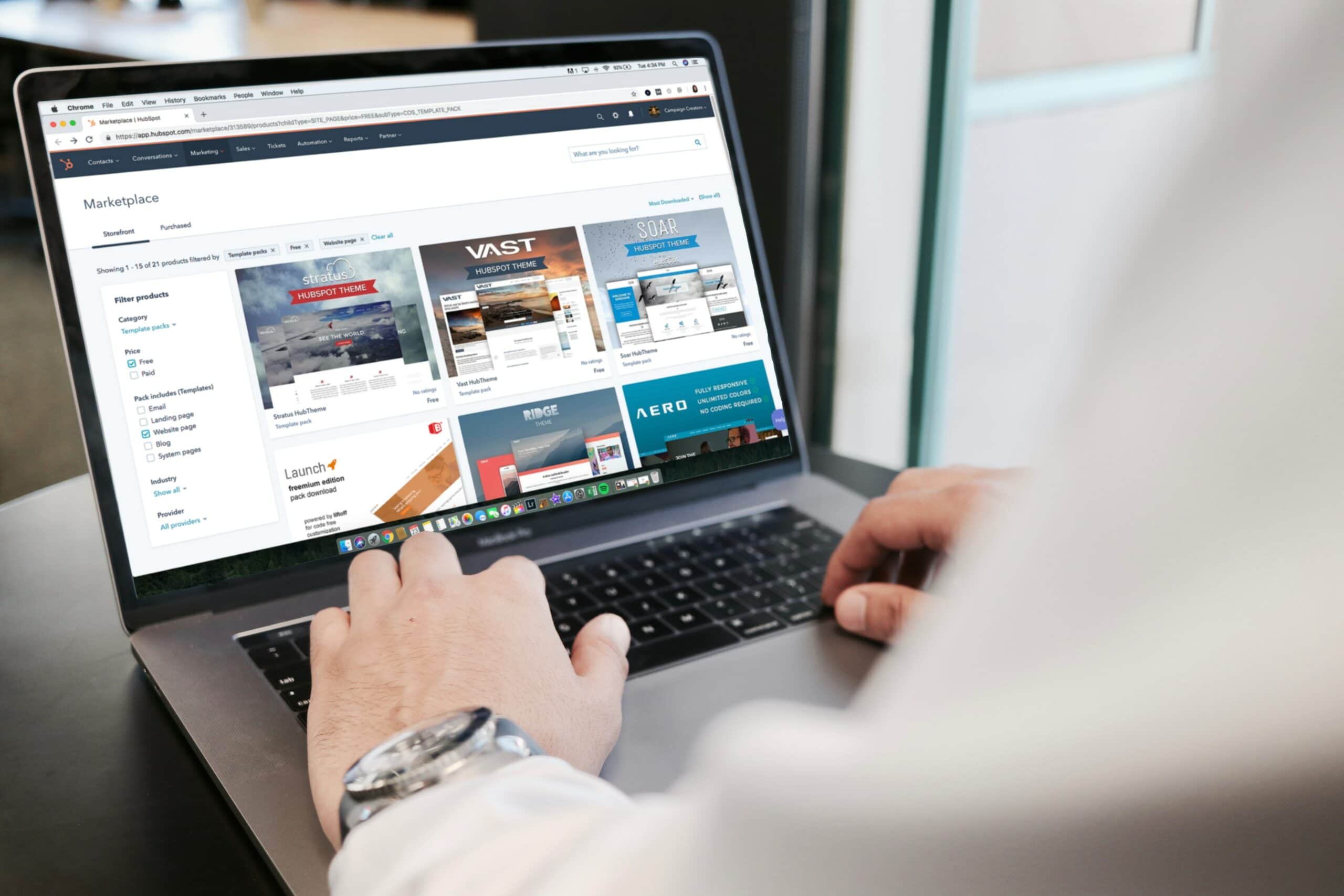 Online platforms, by virtue of their two or multi sided character, facilitate the interaction between two or more separate customer groups through some form of matchmaking in return for a fee. A characteristic of such two-sided platforms is that their separate customer groups exhibit indirect network effects. In beginning of their existence the success of the platform depends greatly on its launch strategy. During the launch phase as well as in all the later phases of their existence, platforms must (on top of delivering a good product) effectively harness the indirect network effects at play while trying to keep the volume of members in each of their customers groups optimally balanced. Achieving this in practice requires that platforms adopt a compatible set of rules that regulate the participation on the platform complemented by a (often skewed) pricing scheme for the facilitated interaction. The rules of participation as well as the pricing schemes of platforms are designed with the purpose of constantly increasing participation on the platform while preventing undesired practices from taking place. Although the legitimacy of this purpose is undisputed the manner in which governance rules and pricing schemes are designed and applied in practice may result in disputes between platforms and their business users.

Participation rules determine which business users are allowed to make use of the platform (as a sales or advertisement channel) and how such users are to conduct themselves when doing business on the platform. The pricing scheme (that is also part of the platform governance) determines how the platform is financed by its customer groups. Accordingly, the pricing scheme includes the pricing level as well as the pricing structure for the platform. Despite the commercial necessity of these rules their application in practice often ends up portraying rather sinister scenarios. The pricing schemes of platforms are often criticized for imposing unreasonable costs (sometimes even discriminatory) that undermine the competitiveness of the business users of platform and at times also lead to inflated consumer prices. Similarly, participation rules have been experienced by business users as being discriminatory (in the case of ranking for example), non-transparent, exclusionary and at times exploitative. It is then no surprise that this type of claims then quickly trigger the attention of competition law authorities particularly when considering the practically inherent market power divergence between platforms and their business users. However not every complaint of this sort is a warrant for competition law intervention as some may concern aspects that are inherent in the platform business structure. This remains unchanged even when the concerned platform possess a dominant position on the market.

When dealing with complaints concerning the pricing schemes of platforms it is important to distinguish between the pricing structure of the platform and its pricing level. The pricing structure determines which of platform customer groups must pay for participating on the platform. In B2C platforms consumers often get access to the platform for free while the businesses users participating on the same platform are only able to do so in return for a fee. The pricing level indicates the amount of the participation fee charged by the platform. Such charges can come for example in the form of membership fees or transactions costs. Complaints about the pricing structure of a platform should be treated with diligence and intervention should be avoided as much as possible as it would entail qualifying the business model of the platform as anti-competitive. Complaints concerning the price levels of platforms are, however, to be treated as any other complaint concerning price-related abuses by dominant undertakings while taking into account the two or multi sided character of the concerned platform. Accordingly price related complaints can lead to findings such as excessive, predatory, or discriminatory pricing as well as margin squeezes as long as they address the pricing levels of the concerned platform.

Curating and filtering vs. anti-competitive exclusion and discrimination

The quality of the services provided by platforms and their success is not only defined by the ability of platforms to get multiple costumer groups to interact with each other. Platforms must get the ‘right’ kind of customers on board, balance their ratio on the platform and prevent them from ‘misbehaving’ on the platform while constantly improving the matchmaking interaction they facilitate. Inevitability this path to success includes denying some actors access to the platform and removing some actors from the platform. While such actions may appear anti-competitive they can often be simply a necessary for the viability of the platform in the long run. The difference between lawful and anti-competitive exclusion is in the underlying motive of such actions. Exclusion for the purpose of safeguarding the quality of the platform and it business model should in principle be accepted. The exclusion of business user, which compete with the platform owner either on the platform or on a different market should however be addressed with a healthy dose of skepticism. This is for example the case with many recent complaints concerning the removal of applications from the Google or Apple appstores as well as the removal of sellers from Amazon.

Similarly, display ranking and other forms of curating and filtering of information are actions that are inherent to platforms as they often manage overwhelming amounts of information that needs to be delivered in an intelligible manner to consumers. As in the case of exclusion complaints, the ranking and filtering on platforms should be prohibited or accepted depending on the underlying purpose of such practices. Off course identifying the underlying purpose of these actions is no easy task, however, a thorough study of the platform governance rules will help attain this objective. In this regard the proposal of the Commission for a regulation that seeks to address the relation between platforms and their business users is a very welcome development. By requiring platforms to introduce clearer governance rules the identification of potentially anti-competitive practices will be easier when the actions of the platform do not properly correspond with the rules communicated to its business users. Nonetheless the identification of anti-competitive ranking and filtering on the platform will remain very difficult, as the regulation does not require parties to disclose their mechanisms to authorities. Accordingly unless the business users of platforms manage to provide empirical evidence of unjust ranking and/or filtering such claims will be very difficult to substantiate.

Finally, complaints concerning obligations to single-home or limitations on multi-homing imposed by dominant platforms should be addressed diligently, as these are may likely have an anti-competitive motive and/or effect in practice. Generally speaking the customer groups of platforms often multi-home, meaning that they use several competing platforms for the same purpose. Evidently platforms prefer that (at least) one of their customer groups would single-home, basically granting the platform exclusivity over access to that customer group. If that occurs, the platform is then able to charge higher prices from the other platform customer group(s) seeking to get access to the single-homing customer group. Getting platform customers (either consumers or business users) to single-home on one platform solely based on the quality of the services provided by the platform is, however, extremely difficult and costly. Therefore it is not surprising the platforms often try to introduce various types of requirements in their governance rules that grant platforms some type of exclusivity with relation to one or more of their customer groups. When the concerned platform possesses a dominant position introducing such obligations may, however, constitute abusive exclusivity obligations. This is for example the situation with respect to the complaint Apple in the US where the single-homing obligations of Apple to use the App Store may prove to be anti-competitive due to the impact of such obligation on the market for app store and app prices.

As the number of complaints by the business users of online platforms appears to grow it is important to keep in mind that some of these claims may not concern anti-competitive practices but rather legitimate practices, which platforms must undertake to protect their commercial viability. Distinguishing the lawful practices from the unlawful ones can to some extent be done through an inquiry in the governance rules of the concerned platforms. Therefore the introduction of a legal obligation for platforms to formulate their governance rules in a clear manner is very important in the enforcement and prevention of the anti-competitive practices with respect to the business users of platforms. Although the proposed regulation may introduce such an obligation to some degree the relevance of this obligation will be determined by the strictness of enforcement once in force. The more clarity and transparency is expected from platform with regard to their attitude towards their business user the better future complaints of anti-competitive practices can be evaluated.