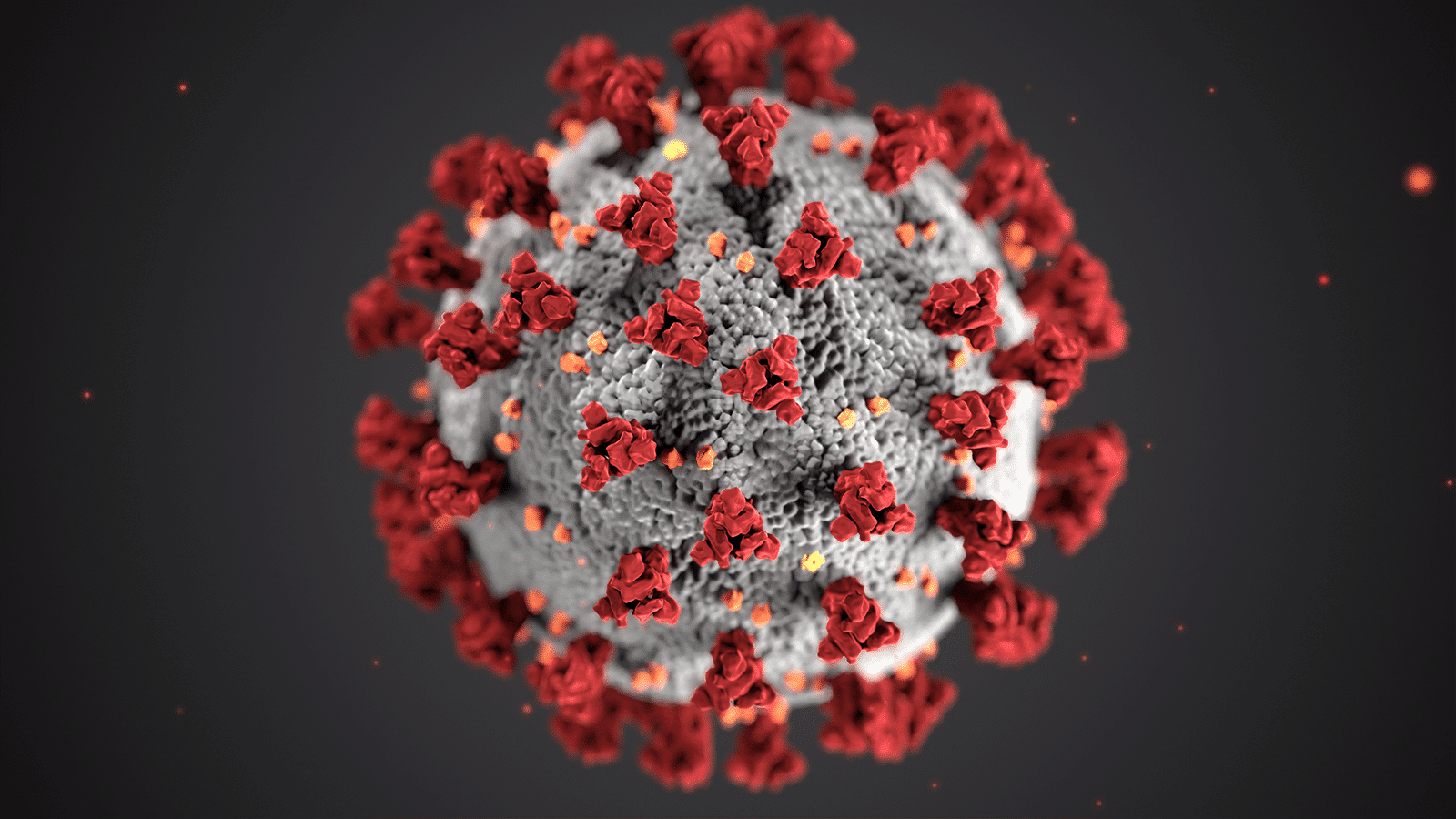 The coronavirus pandemic has led to major shocks to the global economy and the EU Member States, with hardly any State spared. The European Commission estimates that the EU economy will contract by 7.5 % in 2020. Unemployment is forecast to rise from 6.7% in 2019 to 9% in 2020. Within this context, the role of the State has been strengthened. One particular element where the government has stepped in are measures to offer immediate support to companies affected by the fallout of Covid-19. Nearly all countries in the EU have adopted and are developing public support measures for companies. Many of them are also considering how to stimulate the economy after the crisis is over.

In our view, on the long road to recovery, European governments should not fail to see the crisis for what it also is: an opportunity for change, in line with each government’s democratic mandate and election manifesto, as well as the long-term strategy regarding competitiveness and Europe’s place in the world. In many countries, the adopted measures are the biggest stimulus ever made and the post-Covid recovery measures are bound to be even bigger.

Yet, the responses so far seem designed hastily and missing the chance to nudge our economies to transitioning to a post-Covid world as innovation leaders on matters such as environmental protection and social justice. Put differently, the governments around Europe rather than purely reacting to events on the ground should try to shape them. While it might be acceptable to simply react as events were unravelling, the same is not true for the measures that will be adopted for the recovery.

But how should that be done? We suggest that when adopting and implementing Covid-19 support measures for companies and the economy at large, Member States must be guided by two principles: the applicable legal framework and democracy. 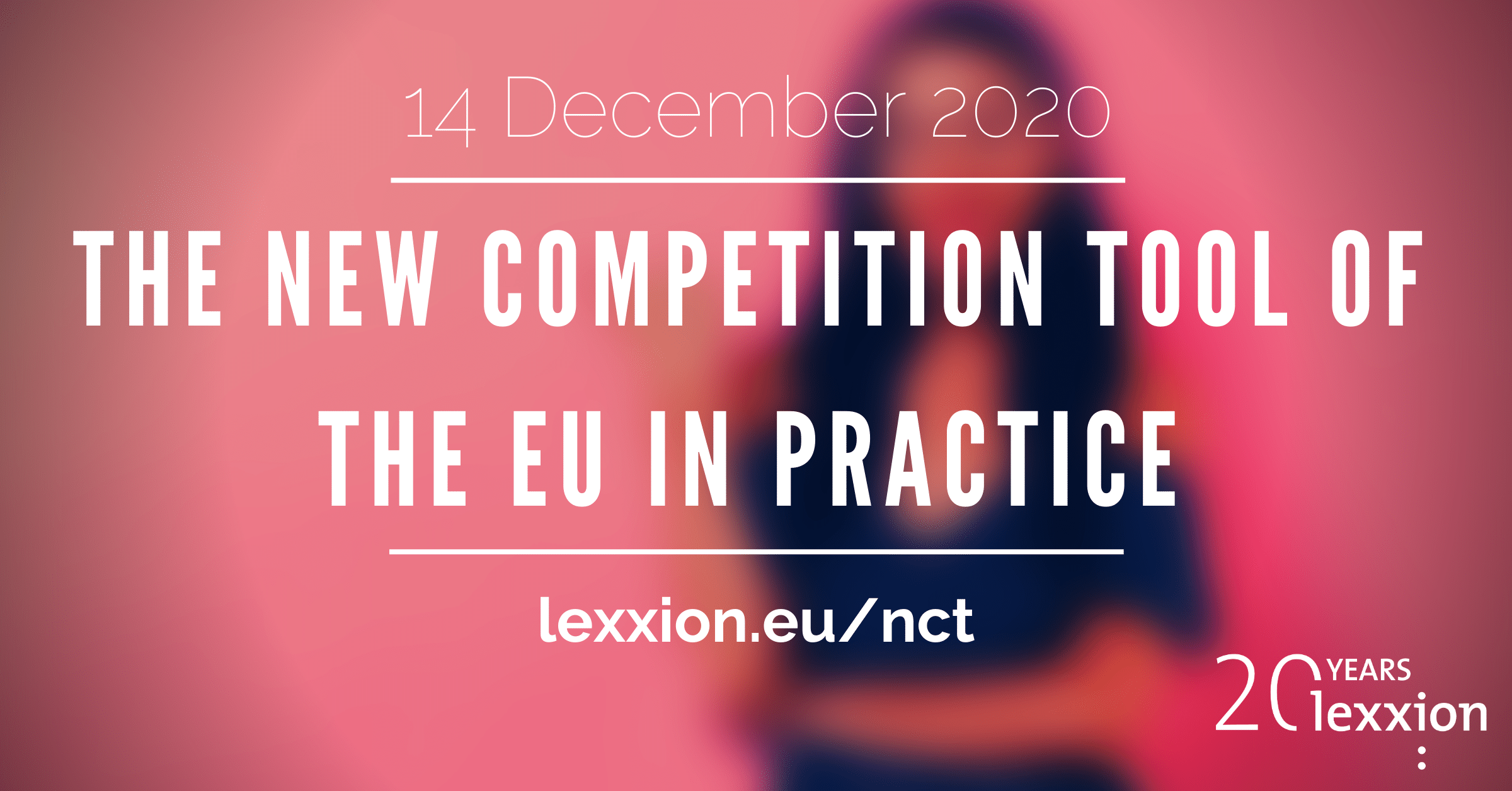 The existing enforcement gap on the digital market should be closed with the New Competition Tool, which will complement
ex ante regulations. This online seminar aims to analyze the NCT from a macro to a micro perspective and provide exclusive insights on the NCT in practice. Chaired by the Managing Editors of CoRe journal: Robert Klotz and Ben Van Rompuy, this online seminar is designed to provide you with insights on the latest developments of the NCT. Here is what you may expect:

✓ The New Proposal on the Digital Markets Act (DMA)
✓ Practical Experience from the UK
✓ Panel Discussion: Zoom into the Substance of NCT
✓ Q&A

The legal framework sets certain limits to the government’s response. Member States are not free in providing support to companies at gusto. Instead, as Members of the EU they have to comply in particular with the EU State aid rules. These rules basically enshrine the principles of non-discrimination and transparency for such measures.

While these rules can be complex in cases, compliance with them should not be a major concern as set out previously on this blog. Governments have numerous experts at hand from within and outside government and the European Commission, which supervises compliance with these rules, has worked with Member States to achieve quick results. Since adopting the Temporary Framework for dealing with State Aid related to the coronavirus crisis, the Commission has so far cleared 130 state aid measures from all Member States except Cyprus (and is continuing to do so), totalling hundreds of billions of euro. It has even set up a 24/7 helpline to advise and guide governments to achieve compliance with the EU rules.

Carrots and sticks in a democratic market economy

This brings us to the second principle, democracy. Governments and the legislators have been elected by the people to foster the wellbeing of our society in specific ways. In a democratic state the majorities’ belief regarding the role of the State and the market and how to best organise these shape government policies and how government spends the taxpayers’ money. Thus, current government policies and spending priorities are and should reflect the democratically expressed wishes of the electorate.

The two main tools of any government to foster the wellbeing of society are incentives and prohibitions, or carrots and sticks if you want. Typically, such sticks are laws that mandate certain behaviour and foresee negative consequences for non-compliance.

However, such command and control approaches have gradually fallen out of favour. Nowadays, incentives are often thought to be more effective and desirable tools. While such incentives can take a multitude of shapes, monetary ones are certainly very effective tools, in particular, with regard to steering market behaviour in certain directions. For example, several Member States have adopted tax incentives for electric cars, and these have not surprisingly boosted demand for electric cars and spearheaded innovation in car production

Covid-19 support and recovery measures should not be any different. Democratic principles and thereby government priorities should be reflected in the measures. One might well ask why taxpayer money should be spent as part of the Covid-19 support and recovery measures on activities that the State would want to discourage or is committed to combat and eliminate. Do we really want to support companies that take advantage of our systems without contributing their share to the common good?

Some Member States, such as Denmark and Poland, have adopted clear and straightforward approaches these matters: conditioning aid schemes on companies not being registered in tax havens. Similarly, the latest proposal in Sweden for support for loss of turnout also includes a proviso that aid will not be given to companies established in tax havens. In the latest amendment to the Temporary Framework, the European Commission has also introduced certain conditions for the aid it allows the Member States to give out in response to the coronavirus pandemic. For instance, as long as Covid-19 recapitalisation measures have not been fully redeemed, beneficiary companies cannot make dividend payments, nor non-mandatory coupon payments, nor buy back shares, other than in relation to the State. Management’s remuneration is also capped at 2019 levels and no bonuses are to be paid.

However, while tax evasion and management pay may be important matters, there are others that rank higher on the policy agenda. And questions need to be asked in similar ways. For instance, do we need to support the fossil fuel industry with tax-payer money? Would this money not be better spent to support innovative businesses in the renewable energy area? Are we comfortable giving aid to airlines without asking them to rethink their business model of ever expanding non-essential travel and low prices? France has given one answer in this regard. It has provided aid to Air France on the condition of Air France reducing domestic flights, thereby moving traffic to less polluting alternatives such as rail.

In the long term, are we sure we should be saving certain sectors and companies that harm us? Sure, we should protect workers and ensure plans are put in place for reorienting the economies of local communities that may suffer because of the transition. But would support to the fossil fuel industry really be in line with Member States’ ambitious targets for the reduction of carbon emissions and the EU’s Green Deal?

In our view, rather than using a shotgun approach of untargeted subsidies to all and everyone, it is worth to pause and think. In this reflection one might distinguish between different categories of criteria. On the one hand one might think of fundamental criteria. Only those companies or sectors that fulfil the fundamental criteria are eligible for some form of support. This approach, exemplified by the Danish and Polish measures, can include the tax residence. A second category is made up of desirable conditions. Companies fulfilling the fundamental criteria could obtain better conditions if they signed up to complying with desirable conditions.

This is feasible and legal under State Aid law. After all, although the measures may seem selective (and thus potentially problematic), the European Commission has accepted the Danish, French and Polish schemes. As an indication of things to come, in the latest amendment to the Temporary Framework, the European Commission notes that it welcomes steps taken by Member States to take climate change into account when designing their support measures, as it considers that such an approach will allow for a more sustainable long term growth and promote the transformation to the agreed EU’s objective of climate neutrality by 2050.

Reasonable people may of course disagree on what constitutes a fundamental criterion and what is a desirable condition. But the categorisation is a political decision that politicians have been elected to make. It is up to them to decide, in line with their priorities and election manifestos. This is why we voted for them. These decisions will also be influenced by the countries’ obligations as EU Member States and their international obligations (for instance the Paris Agreement) and might include for example criteria regarding dividends and executive pay, environmental, labour and fundamental rights.

These are not easy decisions. It might well appear easier to governments to use a shotgun approach of untargeted subsidies when designing their recovery plans from the Covid-19 economic crisis. However, democracy invites us not to neglect those decisions. We need to go further than simply preserving the economy. We should shape the future by fostering competitiveness, innovation thereby future-proofing each Member State and the EU. These benefits are surely worth the effort of not taking the path of least resistance represented by a shotgun approach to subsidies. 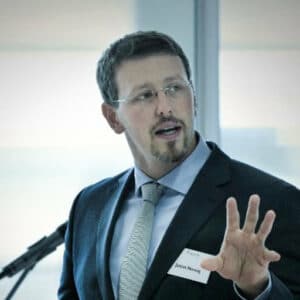 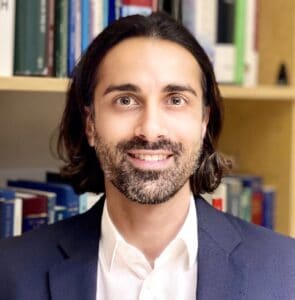