Sie befinden sich hier: Lexxion > Competition Blogs > Hitting the mark or setting the bar too high? The “merger gap” and prospective analysis in the aftermath of CK Hutchison/Telefónica 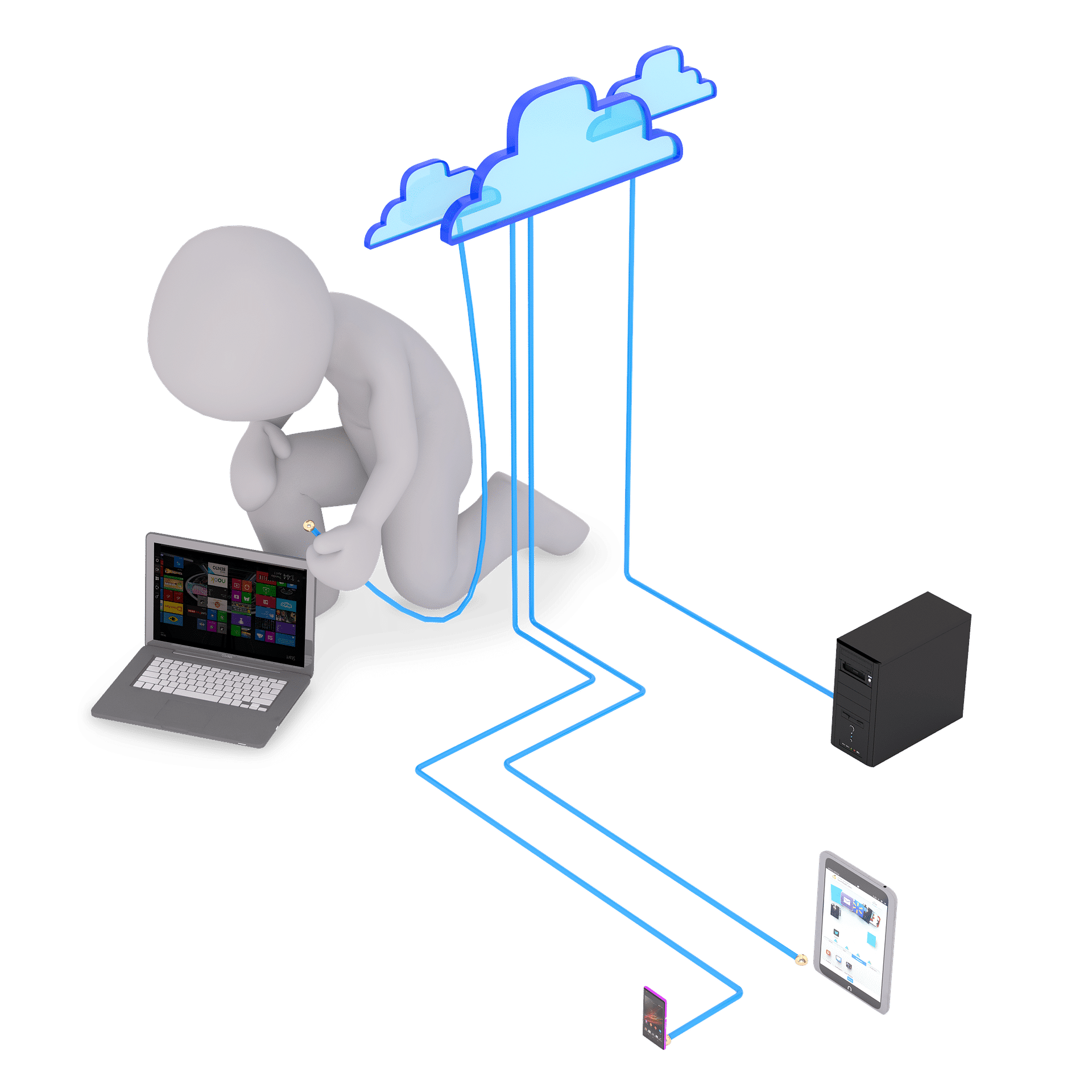 On 28 may 2020, the General Court (“GC”) handed down a landmark judgment whereby it overturned the European Commission’s (“Commission”) decision which had prohibited the four-to-three acquisition of Telefónica UK (“O2”) by Hutchison 3G UK (“Three”). This blogpost provides an overview  of the main points raised by the ruling and offers some first thoughts, most notably with respect  to the legal test of “significant impediment to effective competition” (“SIEC”) under the EU Merger Regulation (“EUMR”).

I. The Commission’s Decision

There are four mobile network operators (“MNOs”) on the retail market for mobile telecommunication services in the UK (“the retail market”): British Telecommunications (“BT/EE”), O2, Vodafone and Three. As a result of the deal between the second and fourth MNOs, the merged entity would have been the market leader, with a share of approximately 40%.

Two features of the retail market are particularly worth noting with respect to the theories of harm developed by the Commission: firstly, BT/EE and Three, on the one hand, and Vodafone and O2, on the other, had entered into network-sharing agreements; secondly, the retail market included other players, most notably non-mobile network operators (“non-MNOs”), that is to say, branded resellers as well as mobile virtual network operators which do not own the networks they use in order to provide mobile services and which had therefore concluded agreements with one or other MNOs so as to have access to its network at wholesale prices.

In its decision, the Commission developed three theories of harm based on non-coordinated effects. The first two concern the retail market, while the third relates to the wholesale access and call origination on public mobile networks (“wholesale market”):

(i) The first theory of harm relates to the elimination of important competitive constraints and the reduction in competition. The deal would probably have led to an increase in prices for mobile telephony services and to a restriction of choice for consumers (paras. 316 to 1227).

(iii) The third theory of harm relates to the impact on non-MNOs. On the wholesale market, the reduction of competition resulting from the deal would make it even more difficult for non-MNOs to obtain wholesale access on commercially attractive terms and to all technologies (paras. 1815 to 2314).

The GC dismissed the three theories of harm developed by the Commission.

–      The classification of Three as an “important competitive force” (considering para. 37 of the Commission’s Guidelines). The GC held that the Commission distorted this concept and did not accurately assess the degree of competitive constraint exerted by Three.

–      The assessment of “the closeness of competition” (considering para. 28 and ff of the Commission’s Guidelines). Although the parties were “relatively close competitors” in most of the relevant market segments, the Court, having regard to the weak probative value of the analysis of the closeness of competition, held that it could not be concluded that the deal would have led to a SIEC.

–      The assessment of the quantitative pricing effects of the concentration. Quantitative analysis lacked probative value, to the extent that the Commission has not demonstrated with a sufficient degree of probability that prices would increase “significantly” in the post-merger scenario.

(ii) As to the second theory of harm, according to the GC, the Commission’s theory of alignment of interests was novel and, insofar as it required a more prospective analysis, should be subject to close judicial scrutiny (paras. 328 to 332). The Court held that a possible misalignment of the interests of the partners in a network-sharing agreement, a disruption of the pre-existing network-sharing arrangements the duration of which had been extended for the benefit of Three, or even the termination of those agreements did not constitute a SIEC “in the context of a theory of harm based on non-coordinated effects” (para. 347). Among other issues, the GC took the view that whatever the network consolidation plan ultimately adopted, the parties would not maintain two separate networks in the long run. Accordingly, the Commission should have taken a longer time frame for its assessment of the dynamic effects of the deal (paras. 415 and 416).

III.        The assessment of non-coordinated effects in the aftermath of the GC’s ruling

(i) This was the first judgment in which the GC has interpreted the SIEC and the respective evidentiary requirements within the context of the “merger gap”, that is to say, where there is no dominance, but market power may be increased as a result of non-coordinated effects. While the Commission had made it clear that it did not intend to lower the intervention threshold, its decision was annulled in its entirety for not having established, to the requisite legal standard, that the deal would lead to a SIEC.

The GC repeatedly held that the Commission should have considered the magnitude of the prospective effects of the deal. In short, a deal that simply leads to an impediment to competition cannot be prohibited, contrary to one that results in a “significant” impediment. This rationale shapes the whole reasoning process of the GC (para. 171; para. 282; para. 289).

Therefore, the standard of intervention on the basis of the SIEC test appears to have been set at a high level. More generally, the GC’s approach is in line with a broader trend in EU competition law (see here).

(ii) As to the standard of proof, the GC considered that, beyond a balance of probabilities, the Commission is required to produce evidence to demonstrate the existence of a “a strong probability” (para. 118). This view appears to be at odds with that of the Commission, which, following Tetra Laval (paras. 41 to 43), considers itself subject instead to a “balance of probabilities” standard (see here, para. 39). This is, from our perspective, one of the most controversial points of the judgment (see also here and here) and indeed one of the key reasons why the Commission may decide to appeal the GC’s judgment.

A piece of counterfactual: would the GC have reached a different outcome with respect to the applicability of the legal standard (the “SIEC” test) under a balance of probabilities test? It is difficult to tell but one could argue that under the balance of probabilities test, the GC could have held that the Commission failed to meet the relevant legal test as to the existence of a “significant” lessening of competition. It is worth recalling, in this regard, that in Tetra Laval the Court of Justice did not endorse the “all likelihood” standard (para. 41), which had been suggested by the the Advocate General (para. 67) but ultimately upheld the GC’s findings. By setting a higher standard of proof, the Commission’s analysis of prospective effects and intervention under the EUMR is thus rendered more difficult and possibly more burdensome.

(iv) Furthermore, the judgment sends out a clear warning regarding the requisite standard of proof with respect to key aspects underlying the assessment of non-coordinated effects, in particular as to the concepts of “important competitive force”, “the closeness of competition” and the “quantitative pricing effects”.

With respect to the concept of “important competitive force”, the GC held that while the competitor at stake does not need to be a maverick, the mere weakening of the competitive pressure stemming from its exit from the market does not suffice. Accordingly, it went on to reject the Commission’s finding that such company does not need to stand out from its competitors in terms of impact on competition. Furthermore, it found manifold errors in the Commission’s assessment of Three’s competitive position and market policy. Among other issues, because the Commission had failed to establish that Three’s historic role as a maverick was representative of its pricing policy at the time that the concentration was notified and insofar as its theory of harm relating to coordinated effects had been abandoned, the GC held that the Commission’s line of argument relating to Three’s historic role was of anecdotal probative value.

As to “closeness of competition”, it has been argued that the concept could lead to per se objections to oligopolistic mergers, due to the lack of a limiting principle (see here, page 25).  The GC was particularly unconvinced by the Commission’s reasoning, as it focused on the fact that the four MNO competed closely and that the merging parties were “close competitors” rather than “particularly close competitors”. Furthermore, among other aspects, it also questioned the soundness of the Commission’s calculation of the diversion ratios and noted that the parties were not competitors in one of the market segments (paras. 227 to 250).

Lastly, the GC addressed the assessment of the concentration’s “quantitative pricing effects” made by the Commission. In its Decision, the Commission resorted to the quantitative analysis of upward pricing pressure (“UPP”) to conclude that the transaction was likely to generate an incentive for the merged entity to significantly increase prices. This methodology was first used in a Phase II case, Hutchison 3G Austria/Orange Austria (para. 310 to 357 and Annex II). It presents inherent limitations (see here). As stressed by the Court, the Commission ought to establish an increase “with a sufficiently high degree of probability”, which is not possible under the UPP methodology as used by the Commission, which relied on a limited number of key inputs and thus presented a weak probative value. This was exacerbated by the Commission’s failure to demonstrate that the quantified price increase would be significant. But is there a threshold above which the predicted post-merger price increase is regarded as sufficiently significant? The answer of the GC was negative. In this case, the predicted price increase was not higher than that in the Irish and German cases (see, in particular, paras. 664 and 771, respectively), which did not prevent the Commission from clearing those transactions subject to commitments. Moreover, the GC was unconvinced by the Commission’s option to disregard efficiencies within its quantitative analysis.

(v) Indeed, with respect to efficiencies, the GC clarifies that standard efficiencies ought to be considered within the UPP analysis (notably, rationalisation and integration of production and distribution processes), that is to stay, prior to the overall competitive appraisal set forth in Chapter VII of the Guidelines (paras. 277 to 279). This point seems particularly relevant as it may contribute to dilute the somewhat artificial separation between the assessment of restrictions and efficiencies that hitherto has been prevalent in EU merger control, both substantially and procedurally.

Still with respect to efficiencies, the GC underscores their relevance when addressing the impact of the deal on network-sharing agreements. The Court recalled that competition rules protect the competitive process not competitors and the fact that rivals may be harmed because a merger creates efficiencies cannot in itself give rise to competition concerns, even within the context of a tight oligopoly (see paras. 362 and 363). We therefore interpret this ruling as contributing to a “more symmetrical standard of proof for the benefits of merger efficiencies and the predicted anti-competitive effects of a merger” (more broadly, see here).

(vi) Previously, some have queried whether the Commission’s assessment of novel theories of harm related to innovation would withstand judicial review (see here). The GC analysis as to the second theory of harm related to network-sharing agreements suggests that this assessment will be subject to close judicial scrutiny and indeed, the more prospective the analysis is, the more demanding the EU judicature will be in its review (paras. 111 and 328 to 332).

It is therefore clear that the ruling sets a high intervention standard within the context of EU merger control. It remains to be seen whether the judgment will be appealed by the Commission, which we expect to be the case.