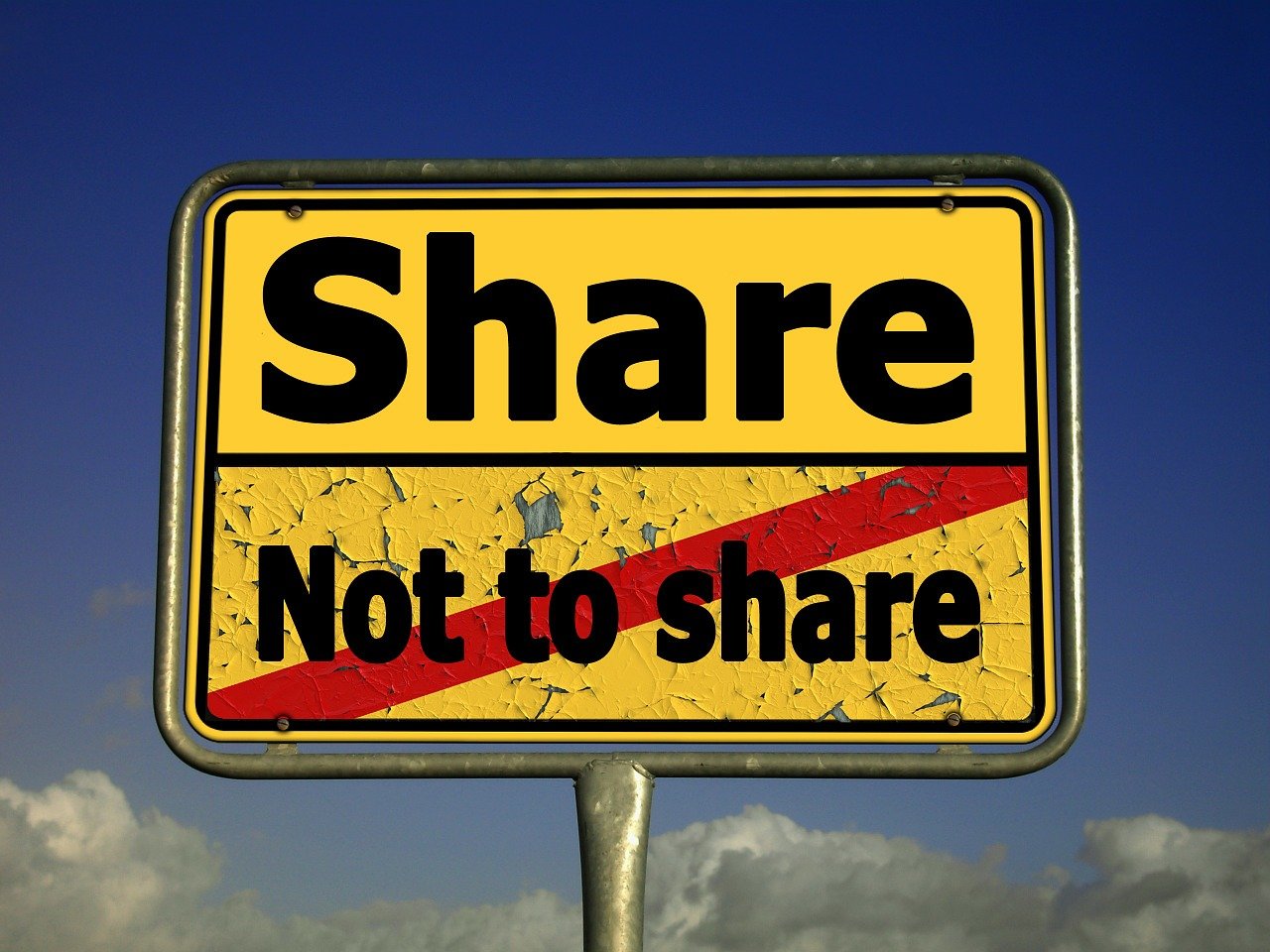 The recent judgment of the CJEU in Slovak Telekom provides important guidance on the application of the Bronner case law in cases concerning abusive market access obstacles. Such guidance is of particular value in the context of online platforms, where issues of access have been considered being unsolvable because of the stringent criteria of the refusal to supply case law. With this recent judgment, it would appear the many of the envisaged legal hardships would no longer play a role and the need for relying on Bronner will be limited to a restricted number of cases. The focus of this post is therefore to clarify the scope of application of Bronner in the case of online platforms following this judgment.

The application scope of Bronner

The judgment of the CJEU in Slovak Telekom has set two clear filters for the application scope of the Bronner case. Accordingly, when dealing with (potentially) abusive market access obstacles, applying the Bronner test depends on whether:

i. Access to the facility is mandated by (secondary) regulation

According to the CJEU in Slovak Telekom, when access to a facility is required by (national or EU) regulations such regulations will constitute the legal framework for cases where such access is hampered. In such cases refusals to grant access to a facility or actions that have the aim or effect of hampering such access will not be assessed based on the Bronner test. Instead, such actions can be seen as a violation of those specific regulations and/ or serve as evidence for establishing an abuse of dominance outside the scope of Bronner (paras. 57-58). In such cases, the fact that the matter of access to the facility has already been addressed through regulation resolves the competition authority from the obligation to discuss the necessity and indispensability of such access, as required by the Bronner case law. As access to the respective regulated facility is made obligatory, a reconsideration of the need and appropriateness of such access in the context of competition law proceedings is unnecessary. The same approach was taken previously by the GC in Lithuanian Railways and its confirmation by the CJEU in Slovak Telekom indicates that the existence of a regulatory framework, mandating access to a facility, will constitute a filter the application of Bronner in future cases (see the previous post for more). Until recently, this element would have had little impact in the context of platforms, which are rarely (if ever) subject to sector-specific regulation. This situation may, however, change (drastically) once the DMA (or version of it) is implemented, as it includes several provisions concerning the access of third parties to gatekeeper platforms and/or their data.

ii. The practice concerns an outright refusal to make a facility available

According to AG Øe in Slovak Telekom, only actual refusals to make a facility available to others may require the application of the Bronner test. Practices that undermine access to a facility but do not entail a clear refusal to make access to such a facility available to third parties will fall outside the scope of the Bronner case law. Such cases could therefore be assessed under the general framework of art. 102 TFEU. Accordingly, the Bronner test can only be applied when the concerned practice has both the form and the effect of a refusal to deal (besides an absence of regulation). Following a period of suspense after the publication of the AG Opinion, the CJEU in Slovak Telekom seems to have followed the AG on this matter entirely (paras. 49-51). In the view of the CJEU, Bronner should be reserved solely for cases concerning (outright) refusals to make facilities accessible to third parties (where such access is also not mandated by regulation).

Consequently, the possibility of ‘constructive refusal’ situations will therefore not require using Bronner in order to find an abuse under art. 102 TFEU as hoped by the applicants in this case. In essence, dominant undertakings have a binary choice to make, namely refuse or allow access to the facility. Where third parties are refused access, finding such a refusal to be abusive would require applying Bronner. Where access is not refused but hampered (financially, contractually or technically), finding such actions to be abusive will not require applying Bronner but could instead be established considering other forms of abuse under art. 102 TFEU.

Implications for online platforms (and their trading parties)

Applying the above-mentioned filters for the essential facility doctrine as set the CJEU in Slovak Telekom (and the GC in Lithuanian Railways) to the setting of online platforms significantly reduces the need to rely on Bronner in practice. In fact, the need to change the essential facility doctrine to fit digital markets better may even be less acute than stated in the Commission’s expert report.

i. Access to the facility is mandated by (secondary) regulation

With the arrival of the DMA, this first filter will become the primary one for gatekeeper platforms. Both art. 5 and 6 of the DMA include far-reaching obligations concerning access to their platforms and data. Accordingly, where the denial of access concerns a failure to comply with such provisions by a gatekeeper, there will be no need to turn to Bronner. The significance of this outcome is perhaps most visible in the case of art. 6 (f) that imposes an interoperability obligation with respect to third parties. This provision covers in essence the same problem that occurred in Microsoft (regarding servers), which required at the time the application of the essential facility doctrine. Now, following Slovak Telekom and Lithuanian Railways, and the eventual implementation of the DMA, similar cases concerning gatekeepers will no longer require the same approach as in Microsoft. Instead, an infringement of the DMA could be established, and /or an abuse of dominance can be established where the infringements of the DMA are taken into account as evidence. Where the respective platforms do not have the status of gatekeeper, the second filter for the application of Bronner will have to be addressed when dealing with access to the platform and/ or its data.

ii. The practice concerns an outright refusal to make a facility available

Applying this filter requires establishing: (i) what is the facility in each respective case (ii) whether the denial of access involves an outright refusal to grant access to the facility or unfavorable terms of access. These steps and their likely implications in practice entail the following.

Platform as a facility. Where third parties seek to participate on a platform but are categorically denied to do so by the terms and conditions of the platform, finding such a denial to be abusive would require relying on the Bronner test. This requires, however, that such parties be labeled as a category of third parties that can never participate on the platform. E.g. app store apps that want to be placed in the app stores of either Apple or Google or apps that mine cryptocurrencies to the Play Store. Where access to the platform is not categorically restricted but merely subject to certain criteria related to the quality of the services or products offered on the platform for example, removal from the platform or denial of access to it based on such considerations will not require relying on Bronner. In such cases, there is no denial of access as such, but possibly an application of unfair trading conditions instead.

Data as a facility. Where third parties do not seek to participate on the platform but only want access to the data generated by and/or on the platform, the data will constitute the facility to which access needs to be granted. Consequently, imposing an access obligation on the respective platform when it refuses to share such data would require applying the Bronner test. This could occur, for example, where a producer of fitness wearable devices would like to gain access to the data gathered by platforms like Strava, RunKeeper, or Samsung Health in order to create new devices that would only run on its own proprietary platform. Of course, the requirement to apply Bronner in such cases also requires that the refusal to grant access is outright rather than unfavorable or financially unreasonable. Where access to the data generated by and/or on the platform by non-participating third parties is subject to an unfair price, for example, there would be no need to rely on Bronner to establish whether such practices are abusive.

The recent judgment by the CJEU in Slovak Telekom provides valuable guidance for the application scope of Bronner that is now defined in a much clearer manner. In the case of online platforms, where issues of access are often discussed, this clarification is particularly valuable given the difficulty associated with fulfilling the Bronner criteria with respect to the platform and/or the data they possess. Following this judgment, it would appear that the application of the Bronner case law in the context of platforms would be required on fewer occasions than previously expected. This is particularly so in cases concerning gatekeeper platforms that may be subject to various access obligations in the scope of the DMA (once it is adopted).