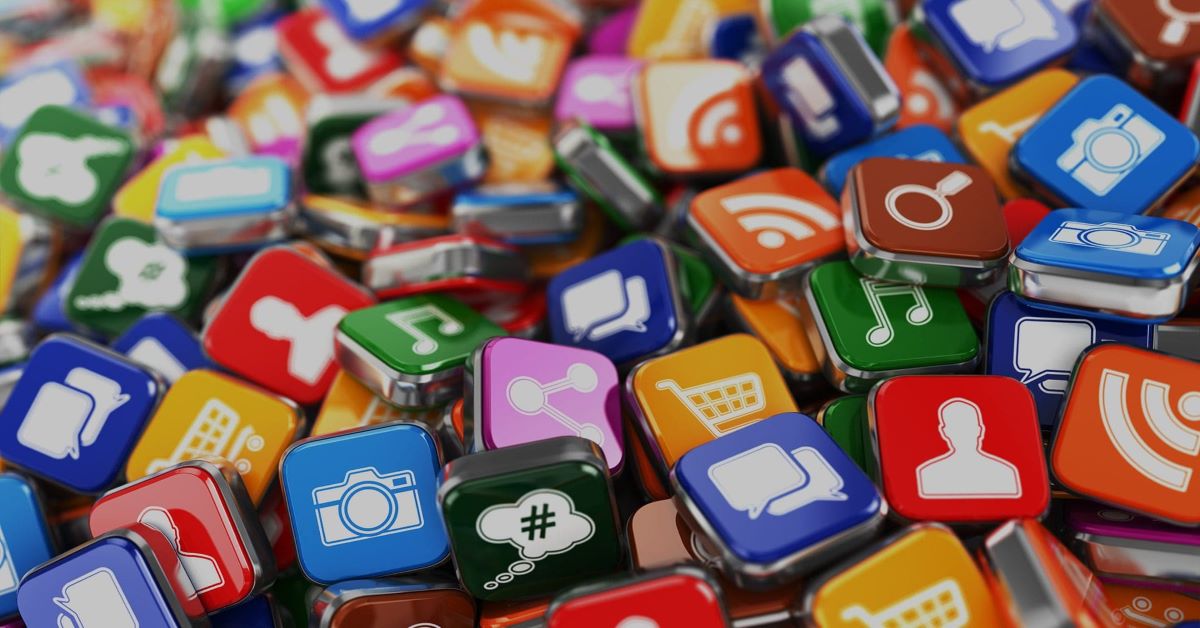 As proven by the recent consultation on the Digital Services Act, the European Union is actively pursuing new solutions to cope with the challenges posed by digitalization. This post proposes a new approach to conducts taking place in the context of online commercial relationships, such as refusals to access platforms or datasets. Namely, it suggests that the European legislator should draw upon national legislations and introduce an abuse of economic dependence provision in EU law.

Abuse of economic dependence and its potential applications

Several Member States feature legislations on economic dependence and relative market power, which occurs when undertakings depend on others in such a way that sufficient and reasonable possibilities of switching to other undertakings do not exist (e.g. Italian and German provisions). Refusal to sell or buy and arbitrary interruption of commercial relations are widely recognized as conducts abusing economic dependence. Most Member States require such conducts to affect the functioning or structure of competition in order to be considered unlawful.

Last year, the Italian Competition Authority initiated a case against Google for an alleged violation of Art. 102 TFEU due to its refusal to host an App created by Enel on AndroidAuto. The case was clearly covered by Art. 102 TFEU as Google’s dominance was undisputed and Enel’s business was not dependent on the possibility of accessing AndroidAuto. But what would happen if, instead of Enel, Google denied its services to a substantially weaker undertaking? As revealed by a Market Study conducted by the Netherlands Competition Authority: “app providers depend on the app store in order to reach users. For numerous apps, no realistic alternatives to the App Store and Play Store exist.” (see Press Release).

The case of Unlockd, an app protecting users from invisible tracking which was banned by Google’s Play Store, may be significant to this extent. Unlockd’s allegations against Google were deemed worthy by both the High Court of England and Wales and the Federal Court of Australia, which granted interim injunctions on the basis of the economic dependence of the claimant as the latter could have “ceased to exist” after the exclusion from Google’s services, which represented one of the claimant’s principal sources of revenue (see §29). Unfortunately, both cases were abandoned by the claimant due to financial hardship, but the Australian Competition Authority seems eager to open an investigation on the subject (see Australian Financial Review). Australian jurisdictions also dealt with the similar case of Dialogue v. Facebook, serving Facebook an order not to suspend the access of Dialogue, an App which allows automatically logging in and out of Facebook and Instagram and scheduling posts. A similar situation came to light last year when Apple denied access to the Apple Store to several parental control apps which derived most of their revenues from it (see complaints presented by Kidslox and Qustodio).

Pursuing the abuse of economic dependence in EU competition law could prove useful in cases of this kind as it would not only avoid the need to define complex online markets but also provide an alternative to the very strict conditions required for finding a refusal to deal under Article 102 TFEU. Indeed, EU jurisprudence has clarified that refusal to deal must meet the following requirements to qualify as an abuse of dominance: the indispensability of the input to which access is refused, the absence of objective justification, and the resulting exclusion of competition in the downstream market (Bronner, IMS Health GmbH, Microsoft). As suggested by Graef, such benchmark is both extremely high – because of the strict interpretation of the indispensability requirement given by EU Courts – and incomplete, as it does not cover cases where the holder of the essential input does not operate in the downstream market. Consequently, abuse of economic dependence could represent a solution to deal with cases of exclusion by online platforms, which are not always competing with the apps they host and provide a service which, though maybe not indispensable along the lines of Art. 102 TFEU, is often non-substitutable by dependent undertakings.

The fact that the same information can be replicated and obtained from multiple datasets makes it difficult to classify data as an essential input. Consequently, it is uncertain whether the refusal to access datasets falls under the scope of Art. 102 TFEU. Leaving aside the debates on data as an essential facility­­, it is arguable that when businesses do not have any reasonable alternative to access data which are fundamental for them, they lie in a state of economic dependence (see Tombal). In this perspective, it seems useful to draw upon two recent cases which took place in the US. The first one, PeopleBrowsr v. Twitter, arose out of Twitter’s sudden refusal to provide access to its data to PeopleBrowsr, a data analytics company which had been granted such access for years and had built its business on it. The case was eventually settled with PeopleBrowsr being allowed to access the tweets for one year and, later, to obtain them through an authorized reseller.

Similarly, in the second case, LinkedIn refused to provide its data to hiQ Labs, a data-analytics company, justifying its refusal with privacy reasons which were not considered worthy by the Court. Indeed, the judges established a “likelihood of irreparable harm because the survival of the business was threatened” (p. 2) since hiQ’s business depended on LinkedIn’s data, to which there was no viable alternative. The Court even went on to state that: “If companies like LinkedIn, whose servers hold vast amounts of public data, are permitted selectively to ban only potential competitors from accessing and using that otherwise public data, the result – complete exclusion of the original innovator in aggregating and analysing the public information – may well be considered unfair competition” (p. 22, II, § C.1).

Interestingly, even though the legal framework of the case was different, the Court based its assessment of hiQ’s dependence on the lack of a viable alternative, which is the same test used by the national provisions on abuse of economic dependence presented above. Notably, both cases involved companies (Twitter and LinkedIn) which, holding a position of relative market power rather than a dominant one, would have probably not been investigated under the current European competition law. Therefore, abuse of economic dependence could represent a suitable enforcement tool to capture abusive refusals to access by non-dominant undertakings, which are likely to become more and more frequent in the Internet of Things realm (think, for instance, of the refusal to grant access to car-generated data to independent providers of aftermarket and complementary services prefigured by Kerber).

Abuse of economic dependence could also be applied in the context of refusal to license IP rights and, in particular, Standard Essential Patents (“SEPs”). As wisely anticipated by Advocate General Wathelet in his opinion on the Huawei case, the indispensability of SEPs can “create a relationship of dependence between the SEP-holder and the undertakings which produce products and services in accordance with that standard. That technological dependence leads to economic dependence” (§71). Since the mere propriety of a SEP does not suffice to determine a dominant position (AB Volvo v Erik Veng), there seems to be a gap left uncovered in this context too.

Again, the test to establish a refusal to license is particularly strict, requiring: the indispensability of the right, the exclusion of competition in the market, and the prevention of the appearance of a new product for which there is consumer demand. Along the same lines of the previous sections, it can be argued that abuse of economic dependence could not only capture cases where dominance is not established but also provide an alternative to the framework for refusals to license under Art. 102 TFEU. Such a solution could be significantly useful since the quantity of SEP-related disputes will probably rise due to the diffusion of smart devices.

Although dealing with abuse of economic dependence in a marginal way, several recent cases could serve as guidelines to construe the criteria for its application. Namely, in a case concerning Amazon’s abuse of dominance, the Bundeskartellamt emphasized the relevance of Amazon’s role in terms of access to customers, which was the reason why some small sellers entered the online commerce. Similarly, ruling on abusive clauses contained in the contracts with Amazon’s resellers, the Paris Commercial Court acknowledged that the growing number of transactions on the marketplace and the relevant network effects alimented by data gathered by online platforms – which act as quasi-guardians of the access to the market and consumers – contribute to increasing the dependence of small resellers on platforms. The Court further held that the commercial power asymmetry between platforms and resellers is even more evident when considering the small dimensions and the high number of resellers and listed, among Amazon’s abusive clauses, the one which granted it complete discretion about the interdiction or restriction of the seller’s access to the platform.

Finally, the French Competition Authority recently issued an interim injunction towards Google, which allegedly avoided to negotiate with publishers and news agencies the remuneration to use their Neighbouring rights. Despite leaving open the issue of abuse of economic dependence, the Authority defined the parameters necessary for its finding as follows: a) the alleged abusing party benefits of sufficient notoriety; b) it holds a relevant position on the market; c) its share in the turnover of the undertakings is significant; d) the undertakings do not have alternative solutions under comparable technical and economic conditions. Notably, these requirements seem likely to be met in the cases presented in the previous sections, which concerned refusals to access platforms or datasets by notorious companies with relevant market power, to which undertakings did not find comparable alternatives.

As illustrated above, abuse of economic dependence could represent a suitable legislative solution to capture conducts taking place in digital markets which would be likely left unpunished by Art. 102 TFEU. This is not only because abuse of economic dependence can be applied regardless of the relevant market evaluation, thus considering the conducts of non-dominant undertakings, but also because it could fill the gap left open by the rigid EU case law on refusal to deal. The EU has already proven its awareness on the issue by enacting the Platform Regulation, which disciplines platforms’ power of terminating services. Accordingly, in drafting the soon-to-be-released Digital Services Act, the EU could absorb the principles contained in the Member States’ legislation and use them to tackle the increasing dependence of businesses on online intermediation services.