Sie befinden sich hier: Lexxion > Competition Blogs > The principle of personal liability in the context of private enforcement: is there anything new under the sun? 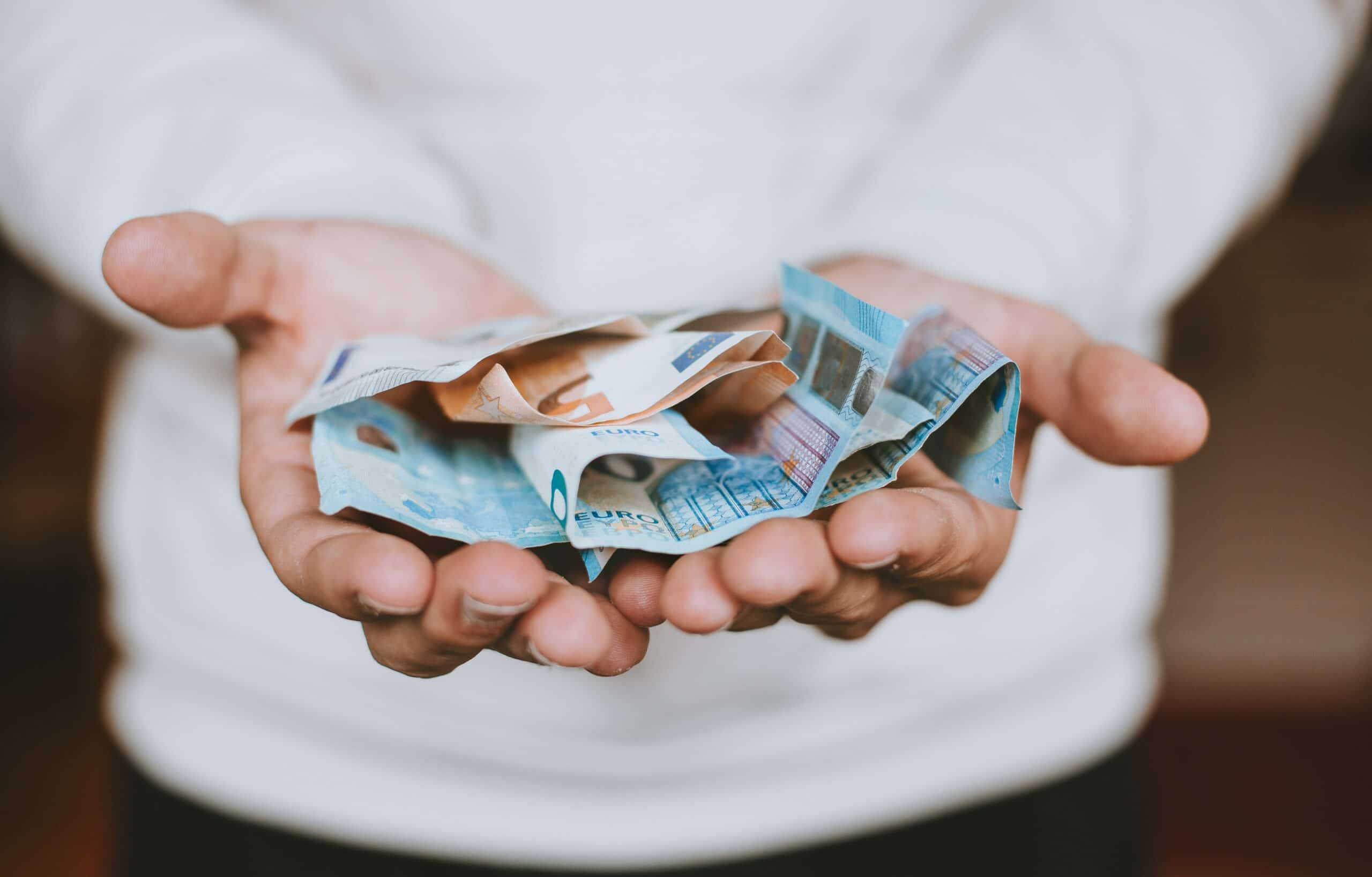 On March 14th, the Court of Justice of the European Union (CJEU) issued a ruling on a private enforcement case and lifted the veil of some of the unsettled and non-harmonised issues the Damages Directive failed to tackle. They can be shortly summarised in the following questions: who should be liable for antitrust damages and how can such liability be effectively enforced?

On February 6th, the Advocate General Nils Wahl had delivered his Opinion on the case, having devised a more systematic and bolder approach to the interplay between national and European law, which remains somewhat opaque and doesn´t cease to be disputed.

In its ruling, the Court upheld Wahl´s main conclusions regarding the topic it was called on to give a ruling, but did not go as far as Wahl had gone in his assessment. Nevertheless, both the Opinion and the ruling, following a preliminary reference made by the Finnish Supreme Court, make a decisive contribution to the role and meaning of the principle of effectiveness in competition law.

Between 1994 and 2002, a cartel operated in Finland in the asphalt market. The companies engaged in the anti-competitive conduct were later sentenced by the Supreme Administrative Court to penalty payments.

This decision paved the way for a number of private damages claims addressed against the companies which were sentenced to the penalty payments, having considered that they should be jointly liable for the harm caused by the excessive prices that had been paid for asphalt works due to the cartel.

The Court was then confronted with the problem of deciding whether liability for compensation may be attributed to a company that has taken over the economic activity of the cartel participant.

With a similar gap in Finnish competition law, the question was once again whether the principle of economic continuity can be applied to private law actions for antitrust damages.

An overview of liability attribution

Parental liability and economic continuity were not always a perfect match.

Under the majority of national rules on private enforcement, the idea is that only the entity that caused damage should be held liable for that. This means that, under the corporate veil, in a case of legal internal corporate restructuring, the legal entity that caused damages is one thing; the entity that succeeded to that one (that is a result of restructuring, dissolution proceedings or insolvency) is another thing, having “nothing to do” with the first one that pursued anti-competitive practices, so it should not be liable for that. In other words, legal reality first!

This would remain being so as the attribution of liability between the entities has been left to the Member States. But this case rules differently.

With this case, the Court confirms that (i.) Article 101 TFEU is directed at undertakings, meaning that solely undertakings falling under the definition provided by competition law can be held liable for anticompetitive conducts (ii.) undertakings in the sense of article 101 mean any entity engaged in economic activity, irrespective of its legal status and the way in which it is financed and (iii.) this concept of undertakings should be applicable in actions for damages even under the national law.

The application of the EU concept of undertaking to private enforcement is a way of saying that economic reality prevails. Therefore, as the determination of liability is now to be found within the realm of EU law, it means that it should also be found among its principles, namely. the principle of economic continuity. This way, the principle of economic continuity is to be applied in the context of private law actions for damages.

Accordingly, individuals seeking compensation can rely upon it to claim damages from the entity that succeeded or continued the activities of the entity which infringed EU law as a result of any restructuring or any other organic or legal change. Voluntary liquidation procedures before certain liabilities are attributed are no longer the solution.

The rationale behind the ruling: Who should be liable for what?

As we learned from Courage and Manfredi, Articles 101 and 102 of the Treaty for the Functioning of the European Union (TFEU) produce direct effects in relations between individuals and create rights for the individuals concerned, which should be duly safeguarded by the national courts. In the context of private enforcement, it can easily be seen that Articles 101 and 102 would lose their effet utile (and consequently be no longer effective) if the person (natural or legal) who suffered damages as a result of a violation of competition law would be hindered from seeking compensation.

As the definition of the persons liable for damages lies at the very heart of the existence of the right to claim damages, the solution of determining liability in the context of private enforcement should be based on EU law, with reference to Article 101 TFEU. Any other solution would jeopardise the effectiveness of Article 101 TFEU and the right to seek compensation for harm.

Even though the Court and the Advocate General reach the same conclusion, they both frame their understanding differently.

The Court starts by pointing out the lack of substance envisaged in the Damages Directive, as it states that the Directive does not apply “to the definition of entities which are required to compensate for such damage, but to the attribution of liability between those entities” (para 34) and that it specifically sets forth in its article 1 that “those responsible for damage caused (…) are specifically the ´undertakings´ which committed that infringement”.

Then, the Court seems to dwell more upon the precedent of the EU case law, dictating that liability for an infringement may be attributed to the entity that continued the business of the entity responsible for the infringement in question.

On the contrary, Wahl ties the rationale behind the principle of economic continuity in the domain of actions for damages to an undeniable role of private enforcement – its deterrence dimension (para 46). Through private enforcement, any individual that suffered harm as a result of an infringement of EU law can now seek effective remedies, which raises the risk of detecting illegal behaviours and deters undertakings from pursuing them. The Court holds the same view, but uses it more to complement its ruling rather than to ground its decision on it.

On the other hand, if the right to claim damages and seek compensation stems from EU law, the same cannot be said about the conditions for the enforcement of that right. As neither EU Law nor the Damages Directive provided for such conditions, they must be found within the legal contours of domestic laws. On this point, the Court adopts a more linear approach and does not explore the procedural contours of the right to seek damages in the context of private enforcement. Wahl, however, does shed light on this issue.

Both principles are well illustrated and discussed in cases such as  Pfleiderer and Donau Chemie, and in accordance with this jurisprudence they reinforce the national procedural autonomy of the Member States in the application of EU law and whenever EU law does not provide any legal framework. But the principle of equivalence and the principle effectiveness do more than simply ensuring that Member States are only allowed to go into matters which are not exclusively reserved to the EU. EU law poses limits to the same national procedural autonomy, as it obliges Member States and domestic laws to ensure that national remedies and procedural rules do not render claims based on EU law impossible in practice or make them excessively difficult to enforce.

Obviously, this test is difficult as Member States’ laws have different legal schemes and legal understandings. The number of examples is vast, including—for example—the interpretation of a causal link on damages based on the existence of umbrella pricing, or the legal extension of the principle of economic continuity (see e.g. the Kone case).

In his Opinion, as a way to clarify these mismatches in the domain of private enforcement, Wahl suggests two different assessments which can be of further help to Courts, and which are particularly innovative:

(i.)  whether domestic law provides for non-impossible and non-excessively difficult remedies, which relates to “the application of the right to claim compensation (…) rules to be laid down by the Member States” (para 40)and

(ii.) “the constitutive conditions of the right to claim compensation”(para 41) – assessing whether the conditions that embody the right to damages– as it is the case of the existence of causation or a causal link between the infringement and the damage – are fulfilled, which should be done not within the framework of domestic laws but rather within the European legal framework, meaning article 101 TFEU.

In Wahl´s view, the compatibility of national rules governing the enforcement of private claims should not be solely read in light of the principles of equivalence or effectiveness here discussed in relation to the Damages Directive, but also in light of “the full effectiveness of a Treaty provision, namely Article 101 TFEU”.

In this context, one thing is the need to guarantee a certain equilibrium between remedies. Another thing is the need not to jeopardise the effective application of article 101 TFEU, which says nothing about remedies but lays the foundations for the constitution of the rights.

As we read through the Court´s ruling on this case, we can see it shortly upheld Wahl´s views. Both concur on the same conclusion, but the Court does not go into a deep analysis or brings to light many of Wahl´s Opinion and understandings about the private enforcement system and the role played by the Member States.

However, it seems undeniable that Wahl´s approach in this case can guide the Court in future rulings and help to dismantle the unresolved interpretation issues between EU law and domestic law.

Conclusions: looking at the future

As the number of complaints for damages compensation starts, this case shows that lawyers can no longer rely on corporate law schemes or on the principle of legal reality to avoid a different distribution of liabilities, as would be the case of internal restructuring, proceedings that leave no creditors behind, legal succession, etc.