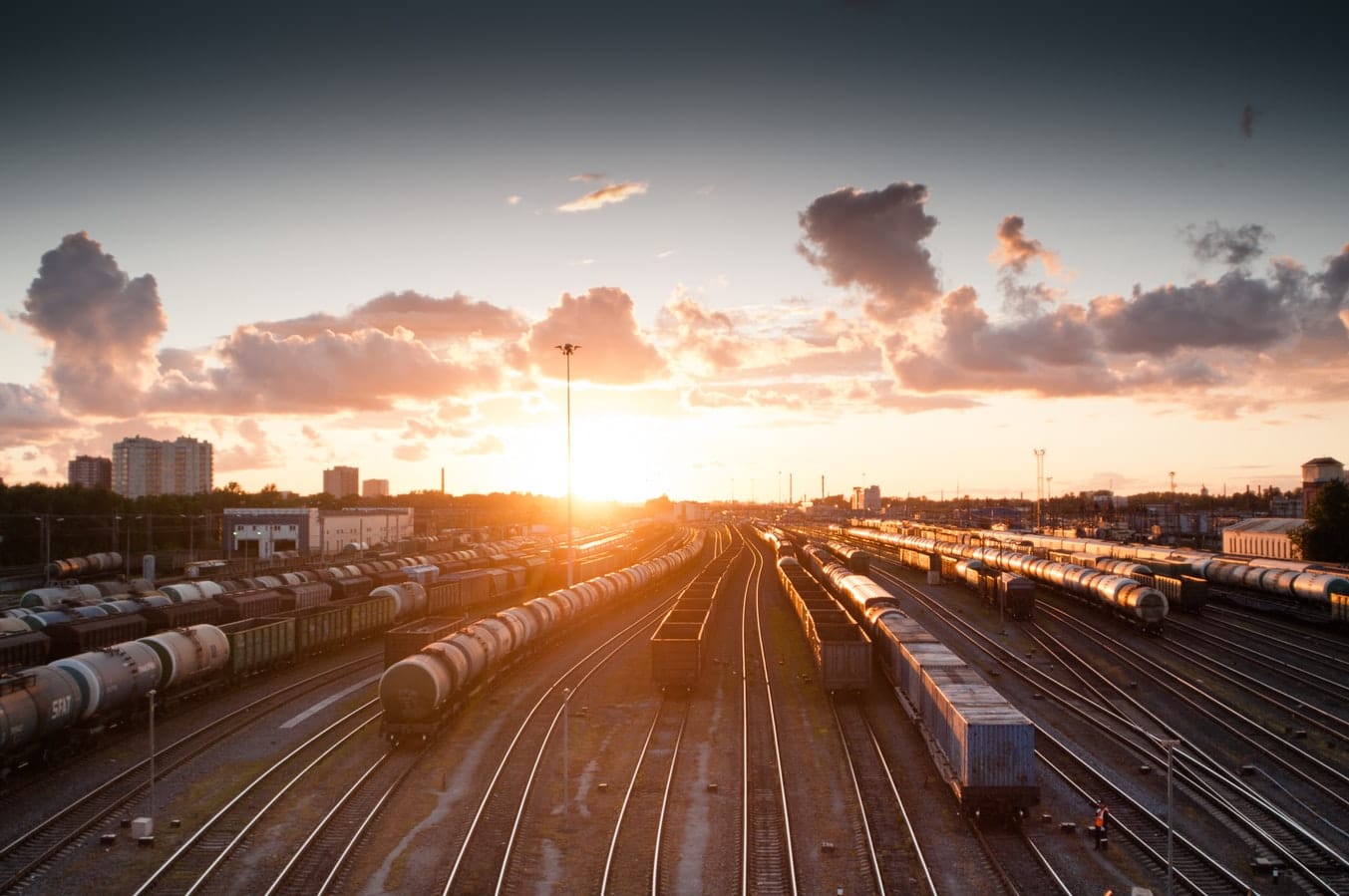 The proposed Siemens-Alstom merger (Case M.8677) has kept many parties on their toes since it was notified in June 2018, from the parties themselves to the EU Commission and even to national governments. With the recent remedies offered by the parties to secure clearance of the merger allegedly unofficially rejected today, there is little hope left the merger will go through now.
Despite the outcome, however, the history of the merger has already been a remarkable one, as it experienced unusual amounts of political players getting involved and trying to influence DG COMP. The concept of ‘European champions’ has gotten renewed attention in light of this merger. However, while this concept is not a new one (see e.g. the Solvay-BASF merger here or here), the creation of those ‘champions’ was usually allowed in line with the traditional EU competition law norms and objectives. In Siemens-Alstom, some political players have been unusually vocal about criticising EU competition law and its objectives and have rather actively lobbied for clearing the merger and despite DG COMP’s concerns. This conduct is uncommon to say the least and may likely be a sign of something bigger yet. The merger, but more importantly the actions of all involved players and their reasoning, therefore merit further discussion even before a final decision is made.

The proposed merger and the subsequent remedies offered

The proposed merger between Siemens and Alstom takes place vis-à-vis the rail transport sector through a combination of the parties’ mobility businesses. Alstom’s business is entirely focussed on the rail sector, with activities spanning rolling stock, digital mobility, related services, and signalling.
The relevant part of Siemens’ business involved in the merger is its ‘mobility division’, which is active in rolling stock, rail automation and signalling solutions, rail electrification systems, road traffic technology, IT solutions, and other related products and services.

The overlap of both parties’ activities is clear. The Commission’s main competitive concerns relate to the supply of several train types and signalling systems.
Since notification, the parties have offered several remedies in response to DG COMP’s rather unfavourable stance on the merger, to achieve clearance of the merger after all, such as selling parts of their signalling businesses or high-speed train technology or, as recently as last Friday, offering to sell even more signalling assets and distribute longer licensing agreements.

In addition to offering remedies, both parties (as well as ministers of several EU Member States) claim that the merger is necessary to counter Chinese pressure in the transport industry and would create an important ‘European champion’.

One of the most significant features of this merger is the interest governments of EU Member States, namely France and Germany, have shown in the merger and its clearance (see e.g. here, here, or here). Both the French finance minister, Bruno Le Maire, as well as the German economy minister, Peter Altmaier, have spoken out in favour of the merger and echoed the parties’ argument, deeming the creation of a ‘European champion’ in the railway sector to specifically counter competition from China, desirable.

The approach has fallen on deaf ears in Brussels. While not directly addressing the Siemens-Alstom merger, Commissioner Vestager recently addressed the issue of European champions during a speech in which she praised the advantages of diversity and highlighted the potential risks of ‘putting all eggs into one basket’. Vestager is not alone with her approach, with several national competition authorities having taken her side and being critical towards the Siemens-Alstom merger.

For now, the law stands as it is and the competition authorities’ approach is the one upholding the law. The question, however, is whether the Siemens-Alstom merger and possible subsequent, similar ones could lead to a change. A change of EU competition law towards making the creation of European champions easier has strong proponents, even going so far as to calling EU competition law ‘obsolete’ or at the very least demanding a radical change. While these are, as pointed out, figures of politics rather than EU or competition law or economic scholarship, there are some non-legal reasons one cannot deny with a view towards European champions.

The Siemens-Alstom merger comes in the recent climate of rising global economic- and geo-political tensions and while the starting point (and until now endpoint) of merger assessments are focussed exclusively on economic considerations (some national public interest merger exceptions notwithstanding), the broader context of the Siemens-Alstom merger makes the rise of interaction between political interests and competition law abundantly clear. While globalisation is as alive and kicking as ever, national protectionism is equally on the rise, along with comparable, non-economic tendencies. It is unlikely that European undertakings seeking to brace against growing international competition, maybe arising from systems, which are less restrictive on many regulatory issues, and using mergers to do so will remain an occasional thing.

In situations in which the creation of strong European undertakings is in line with EU competition law, i.e. in which no significant competitive concerns vis-à-vis the internal market arise, the merger will already not be opposed under current competition law.
However, when there is a tension or even contradiction between the objective of the single market and the competitiveness of EU-based firms on the worldwide market, the question becomes, which one should prevail.  In this context, it should be considered doubtful whether political considerations could significantly influence or change the ‘classic’ economics-focussed competition ones.
What kind of change would be needed to give more scope to the creation of ‘European champions’ in line with EU competition law?
It is barely possible to answer this question. The reason for this is that an answer requires engagement with, but more importantly, a change of what EU competition law is fundamentally about.

One must remember that EU competition law is not an end in itself, but rather a means to the end of ensuring the functioning of the single market. Article 3(3) TEU strongly hints at this understanding:

‘The Union shall establish an internal market. It shall work for the sustainable development of Europe based on balanced economic growth and price stability, a highly competitive social market economy […].’

This understanding of competition in the EU can already be found to some extent in the wording of the former Article 3(1g) TEC (‘For the purposes set out in Article 2, the activities of the Community shall include […] g) a system ensuring that competition in the internal market is not distorted […]’) and is further supported by competition being pushed from the TEC into Protocol 27, with even the Protocol hinting arguably strongly at competition being a means for the end of the single market.

Why is this important? Pushing this understanding further demonstrates that in order for the EU to change EU competition law away from the currently emphasised economic considerations and towards favouring European champions over the economic integrity in cases of tension, must entail abandoning the objective of the single market altogether or negating the decisive role competition plays in ensuring the single market.
While the arguments the national governments and the parties themselves make cannot be denied, there seems to be a regrettable misunderstanding or obliviousness regarding the function of competition under its current understanding and its relevance to one of the core-features of the EU – the single market.

There may be some scope to amend the existing EU competition rules to make at least some more room for European champions in the future. Namely, Article 21(4) of Regulation 139/2004 gives some leeway to the Member States to protect their national interests within a narrowly defined field. The norm also contains some more open-worded scope for Member States to declare other public interests to the Commission. The provision is sufficiently vague to provide some room for lobbying and obtaining a more European champion-friendly interpretation of ‘public interests’.
That being said, one must equally be clear that for now, Article 21(4) EUMR still emphasizes that EU competition law and its initial considerations prevail; Member State public interests can only be taken into account by the Commission, if they do not contradict ‘general principles and other provisions of Community law’.

Could the EU competition rules ever change to allow the easier creation of European champions? Yes. Is it likely that this impulse will come from politics, rather from law itself? Arguably, yes again. In any case, anyone pushing for or enabling such change should be very clear that a choice will have to be made – ensuring the internal market or ensuring EU-undertakings’ worldwide competitiveness. For now, it appears that one cannot always have both.