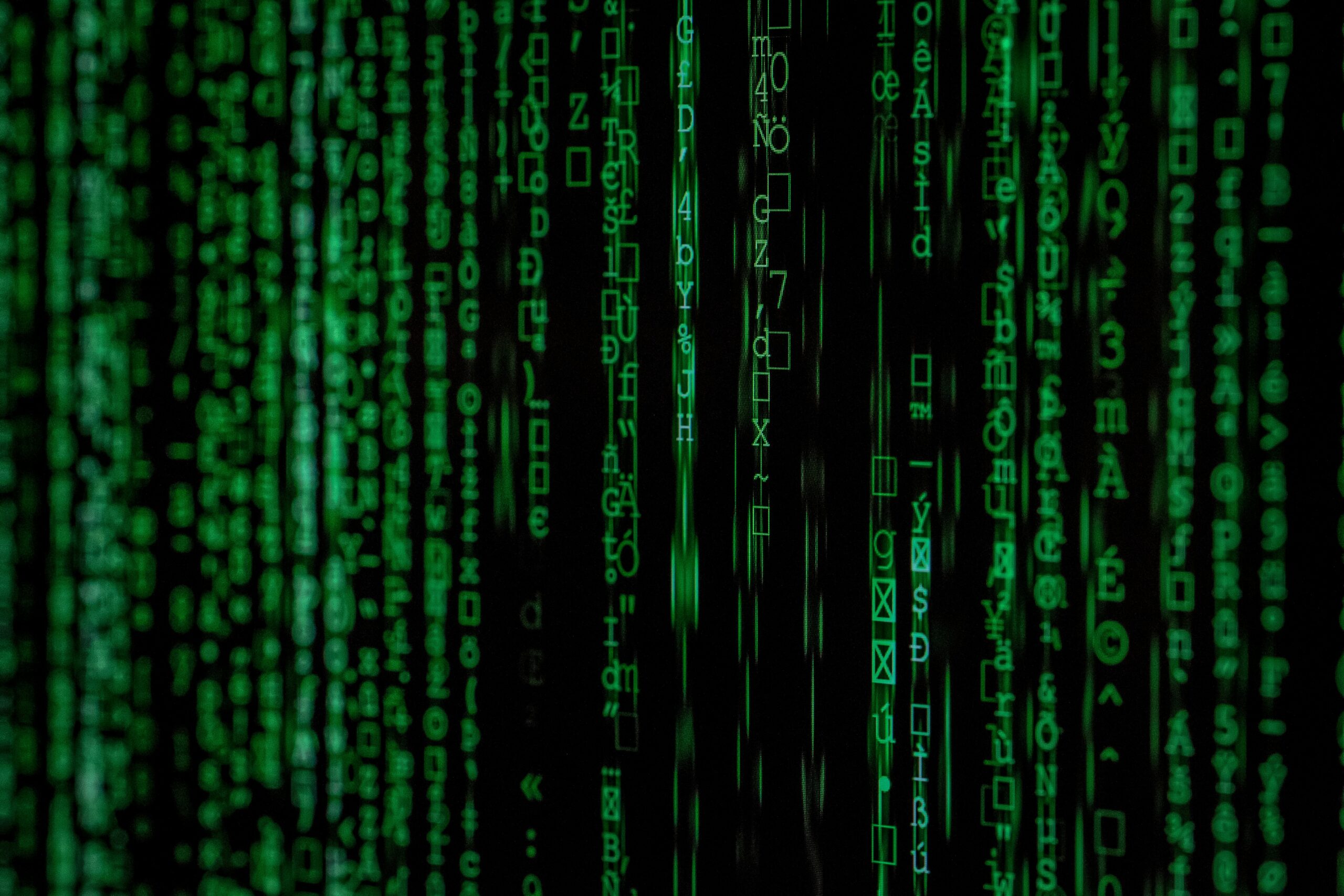 The past year the EU commission and numerous competition authorities have addressed the matter of applying competition law to online platforms. The discussions concerning Facebook and Amazon have even touched upon the difficult relation between data and competition law. Despite the many debates concerning the application of competition law in digital markets, little attestation was given to the calculation of fines and damages in such cases. This post tries to address some of the issues that may arise in this regard so as to  spark more discussion on the often forgotten enforcement aspects of data related abuses of dominance by online platforms.

The calculation of fines

The enforcement of cartel practices and abuses of dominance by the Commission is governed by secondary legislation, namely Regulation 1/2003. The matter of fines is found in Articles 23-26 where the maximum fine that an undertaking can receive is set at 10% of its total turnover in the preceding business year. The calculation of the penalties in each case is performed in line with the finning policy of the Commission embodied in the Commission’s 2006 Guidelines on the imposition of fine for competition law infringements. The guidelines indicate that the Commission should calculate the penalties in each case in two phases.  First, the basic amount of the fine, meaning the default fine for the infringement in the respective case must be established. The calculation of the basic amount is done based on the value of sales by the concerned undertaking(s) of its goods or services to which the infringement directly or indirectly relates in the relevant market within the EEA, multiplied by the number of years of infringement. In the second phase, once the basic amount of the fine is established, the guidelines provide several grounds based on which the Commission can modify this amount based on either aggravating or attenuating circumstances. The amount of the final fine cannot however exceed the maximum amount dictated by Regulation 1/2003, namely 10% of the total turnover in the preceding business year.

Although this current calculation method seems rather reasonable when dealing with most cases, which involve indeed the sales of products or the offering of services, it may not be easily applied in the case of ‘data overcharge’ abuses in the case of online platforms. Online platforms entail two (or multi) sided markets, which may require defining more than one market (see discussion post on this topic). As the market definition also determines which sales must be taken into account for calculating fines, the question is how can the market definition influence the calculation of fines in cases dealing with data overcharges by online platforms.

Which sales should be taken into account when dealing with data?

If the ‘data overcharge’ takes place on the same relevant market with a product or service offered for a fee by the platform the calculation according to the guidelines could be applied as in any other case. For example if a price comparison platform were to be accused of a ‘data overcharge’ abuse than the fine could be defined based on profits made from search-based advisement service provided by such platform for both consumers and businesses. This is because the market definition of a price comparison platform will predominantly result in one market for both sides of the platform (see here an explanation on why this is the case). Similarly, if the market definition results in two separate yet related markets and data overcharge occurs on the relevant market where sales take place, the common mode fines calculation seems suitable. However, if the side of the platform where the ‘data overcharge’ occurs is offered free of charge to consumers and constitutes a separate relevant market than the market where the sales of products or services take place the calculation may become more complex. The question is then whether the fines can be calculated based on the sales of products or services on the other side of the platform, which concerns a separate relevant market. So in a case comparable to Facebook’s alleged abuse of data overcharge, could the fine be calculated based on Facebook’s sales of advertisements? Or otherwise, could a data overcharge by Amazon from consumers result in a fine based on Amazon’s revenue from the marketplace and/or its sales as a retailer? Unfortunately these yes or no questions have quite complex implication regardless of the answers chosen.

If a fine for data overcharge abuse cannot be calculated based on the sales on the related yet separate relevant market on the other side of the platform a serious problem will arise. Since many platforms do not sell the data they gather from users and offer such users access to the platform free of charge it would mean they have no sales on that respective relevant market and therefore no way to calculate the fine. This is clearly not an acceptable outcome. The alternative, however, is not much better. If the fine for data overcharge can be calculated based on the sales on the side(s) of the platform how would the calculation look? Is there any correlation between the amount or degree of data overcharge and the sales value that are considered for the purpose of calculating the fine and if so how is such a ratio established? Furthermore, is it relevant whether the data overcharge resulted in a foreclosure effect on the respective related market(s) or is the exploitative character of such practices sufficient for imposing a fine according to sales on related markets?  Moreover, is a breach of data protection law a pre-requisite for finding such an abuse? If not, does such a breach constitute an aggravating circumstance for the purpose of imposing a competition law fine? Is parallel enforcement of data protection law and competition law possible in such cases and if so what are the implications of such circumstances for the imposition and calculation of fines?

These are some of the many questions that have yet to be fully considered when discussing the relation between online platforms, data and competition law. Furthermore, when shifting the discussion from public to private enforcement additional difficulties continue to arise.

Data overcharges and actions for damages

The reliance on sales and on positive prices for the purpose of the calculating fines is also integral to the private enforcement procedure of EU competition law. The Damages Directive (2014/104/EU) deals with the compensations of damages caused by infringements of articles 101 and 102 TFEU. According to the text of the Directive, as specifically noted in Article 3, its aim is to facilitate the full compensation of damages caused by such infringements to the extent that such compensation is possible.

The concept of damages within the scope of the directive includes actual loss, loss of profit/ opportunity plus interest. However, these concepts relate in the scope of the Directive solely to monetary damages in the form of various types of financial overcharges caused by the infringement of competition law. Data overcharges from consumers are by definition non-monetary overcharges an thus appears to fall outside the scope of damages within the Directive that is focused on material damages. When dealing with two (or multi) sided platforms in the context of such cases, looking at the other side of the platform cannot always solve the problem caused by the non-monetary nature of data.

The other side(s) of the platform may not even experience any monetary harm, which could later be passed on to consumers. Although the other side of the platform may pay higher prices for their participation on the platform, they are also likely to benefit from the abuse to some degree. For example if Facebook were to be found to abuse its dominant position with respect to consumers due to a data overcharge, it is not certain that such overcharge is problematic for the advertisers using Facebook to reach these customers. Advertisers may pay more for placing ads on Facebook following the data overcharge abuse, however, the targeting of the ads could improve giving advertisers a similar or ever better return for their price. By contrast, on a platform like Amazon an overcharge of consumer data may translate at a later stage in higher prices paid by consumers for their orders. This would allow for a more common approach to damages calculation however it requires off course proving the link between the data gathered and the prices displayed to consumers.

Accordingly, the harm caused due to data overcharges can in some cases translate to monetary damages, however, at times it may constitute solely a form on immaterial harm that is not well covered by the current legal framework. The Directive indicates that the concept of damage is not a static one and thus may evolve overtime through the case law of the Court of Justice. Although the concept of immaterial damages is an established one in EU case law, the calculation of damages for competition law infringements is done based on national legislation. Therefore, in practice the compensation in comparable scenario’s, even when feasible, will likely differ greatly among jurisdictions based on their approach to immaterial damages. If data overcharges are to fall under the scope of competition law, this outcome and uncertainty concerning immaterial damages may in practice undermine the deterrent effect such actions are intended to have in terms of enforcement. In this regard, the objective of the directive to facilitate full compensation for competition law infringement is such cases becomes rather unattainable.

The relation between competition law and data is undoubtedly full of substantive and procedural complexities that further intensify when considered in the context two or multi sided platforms. The idea of bringing data overcharges under the scope of competition law may seem appealing due to the importance of data to the competitive process in digital economy, particularly among platforms. However, the current legal framework is not entirely compatible for dealing with the non-monetary character of data. This incompatibility concerns not only the currently much debated substantive aspects of the law but also includes procedural matters that are central to the enforcement process of EU competition law. Therefore, regardless of one’s position on the idea of bringing data overcharges under the scope of EU competition law, the discussion should not ignore or underestimate the procedural implications of such a step.