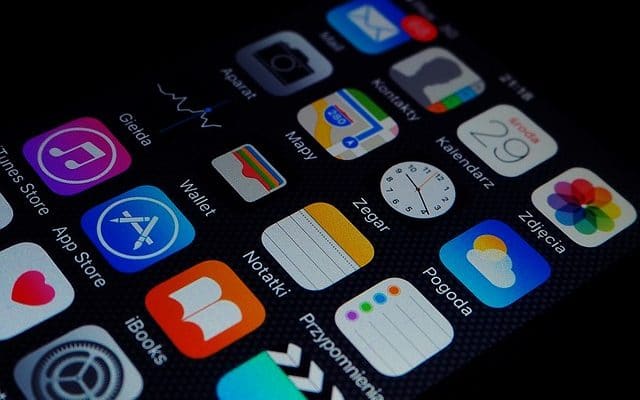 During the past few weeks the number of complaints against Apple’s practices concerning the App Store has not gone unnoticed. While previous complaints by unhappy developers were perceived as isolated cases it would seem that now the flood gates have been opened, and the stream is primarily targeting Apple. In Europe, this development has been given quite some media coverage that also triggered the interest of the Commission and the Dutch competition authority. This post will explore some of the potential anti-competitive concerns identified in these recent cases and address their significance for competition law enforcement in digital markets.

During the past few years the complaints of app developers against Google and Apple have received limited interest from competition law authorities. These complaints primarily concerned the removal of apps from the app stores of Google and/ or Apple. In such cases the removal of the apps was motivated by interference with the business model of the app store, infringement of various legal provisions (e.g. IP , Privacy law), not providing any app-like service and/or a general infringement of the terms and conditions of the app store. Many of these removals were, however, not seen as problematic but rather as a routine task performed by either Google or Apple in order to maintain the quality of their app stores. The number of yearly removals that sometimes managed to reach six figure numbers were event publicly announced as a sign of quality control. This is due to the fact that many of the removals concerned malicious apps originating from both unknown and well-known developers.

More recently, however, it would appear that non-fraudulent app developers have become more vocal with regard to the treatment they receive from Apple and Google. In these new cases app developers claim that the removals and business practices of Apple and Google have an anti-competitive motive and/or effect, targeted at eliminating and undermining competition. The case of Unlockd, an advertisement app, that was removed by Google was one of the first to address the potential anti-competitive motive of removal actions in the case of app stores. Unlockd would have potentially become a competitor of Google in the market of online advertisement (see previous post on this) if it were not removed from the Play Store and as a result end up facing liquidity problems. This reliance on competition law arguments by app developers to counter undesired business practices in the context of app stores has been embraced also in the recent complaints against Apple.

Perhaps the most prominent of these claims was put forward by Spotify which complained Apple is intentionally undermining Spotify’s competitive position. According to Spotify (i) Apple’s commission and pricing policy is applied in an abusive and discriminatory manner; (ii) Spotify does not enjoy the same degree of integration and interoperability like Apple’s own music streaming services; (iii) Apple restricts the communication between Spotify and its customers and (iv) it forces both app developers and consumers to use Apple’s In App Payment system (see previous post on this topic). While Apple publicly challenged Spotify’s arguments, it would appear that their rebuttal was not sufficiently convincing as the Commission is likely to look into Spotify’s complaint.

Not long after Spotify’s complaint, several app developers providing parental control apps made the headlines with claims of anti-competitive practices by Apple. According to the app developers they were at times required to remove some of the core functions of their apps in order to not to be removed from the App Store. The removal of these functionalities made the apps, according to the developers, less effective for consumers. In other instances Apple’s instructions with regard to non-compliance with its policy were not sufficiently detailed in order to identify and modify the problematic aspects of the apps which inevitably led to the removal from the App Store, according to the app developers. Apple on it part defended its position by claiming that its decisions in these cases were motivated by security and privacy concerns raised by the technologies implemented by the respective apps. While Apple’s arguments may be correct from a technical perspective, the circumstances of this situation seem rather suspicious. This is because some of the apps involved have been offered in the App Store for extended periods of time (sometimes longer than a year) without any objection from Apple only to be confronted with this matter now – when Apple decided to introduce a similar functionality in its latest update of IOS 12 named Screen Time.

Against this background of complaints made to the EU commission concerning potential abuses of dominance, the Dutch competition authority launched a market study into mobile app stores which identified multiple competitive concerns with respect to the business practices of Apple and Google.

Side-loading was found to be an unsuitable alternative as it requires that consumers have a rather advanced technical understanding of smartphone software technology. Furthermore, this possibility was only available to the android OS. Web-apps could at times be suitable alternatives when dealing with simple functionalities however, they remain unsuitable for the more complex tasks often performed by regular apps. Furthermore, in the case of IOS the use of web-apps is even more limited due to the fact that Apple IOS does not support Adobe Flash that is often needed for such web- apps. Finally, pre-installation by OEM’s is only open to a very limited group of popular apps that are willing to pay significant sums of money for this option (e.g. Google search on IOS, ). With respect to consumers the ACM noted that consumers use the app store of their smartphone’s OS and do not engage in multi-homing (which in the case of Apple is not an option).

With regard to the business practices of Apple and Google, the ACM identified some potentially problematic practices including:

While the report of the ACM leaves quite some room for counter arguments by Apple and Google to depend many of the practices that are not to the liking of third party app developers, it would appear that the ACM considers some of the findings to be rather serious. Accordingly a few days following the publication of its report the ACM also announced it started an investigation into abuse of dominance by Apple.

What can we hope for next: a (platform) governance assessment

The discussions concerning the potentially anti-competitive practices of Apple and Google with respect to their app stores will bring about a difficult balancing test where the objective justification option under Art. 102 TFEU will play a more important role than ever. The competitive bottleneck characteristic of app stores as identified by the ACM will most likely translate to a position of market dominance under Art. 102 TFEU. The problematic practices identified by app developers as well as the ACM will therefore likely be assessed as potential abuses dominance such as:

Furthermore, in the course of the investigations and inspections of the terms and conditions of the Google and Apple app stores it is likely that more seemingly problematic practices will be subject to competition law scrutiny. Such practices will likely include rules that restrict the commercial freedom of app developers outside the sphere of the app stores as well as possibly the intervention in the adoption of certain technologies by third party apps.

Unlike previous cases, however, finding an abuse with respect to such practices in the case of the app stores will require an evaluation that adequately addresses their special nature, namely that of governance rules of a multi-sided platform. The majority of the claims against Apple and Google concern namely their terms and conditions which are designed with the purpose to regulate the scale and behavior in the app store in manner that increases the value of the app store for both app developers and consumers. Accordingly the terms and conditions are designed to increase participation optimally by both groups of app store customers in a profitable manner while preventing undesired practices that may undermine the success of the platform, namely the app store. Therefore it is important that in the scope of the future analysis this particular purpose of the terms and conditions will be taken into account when assessing the potential existence of an abuse and evaluating the potential objective justifications for the adoption of such rules.  In this regard while many elements of the terms and conditions may appear anti-competitive at a first glance they might prove not to be so within this grater context. Due to the fact that such considerations are not only restricted to app store but are in fact inherent to all cases of multi-sided platforms (see previous post on governance for more), this inquiry into app store may deliver an outcome suitable to serve as a guideline for addressing future platform cases.

It would appear that the growing number of complaints against Google and Apple with respect to their app store may trigger the next wave of competition law cases in the context of digital markets. The unique position of both these undertakings in the app market helps overcoming the threshold of dominance that would normally be considered a challenge when dealing with a multi-sided platform. This does not mean, however, that the legal analysis will be easy as the (pro and anti-) competitive effect of platform governance rules will have to be assessed in the context of such prospective cases. However, despite this difficulty having a decision of this kind will help propel current practice into a more resilient framework apt of dealing with cases concerning  multi-sided markets.  It now remains to be seen which side of the Atlantic will deal with this matter first in light of the recent outcome in Apple v. Pepper (that will be addressed in a following post).