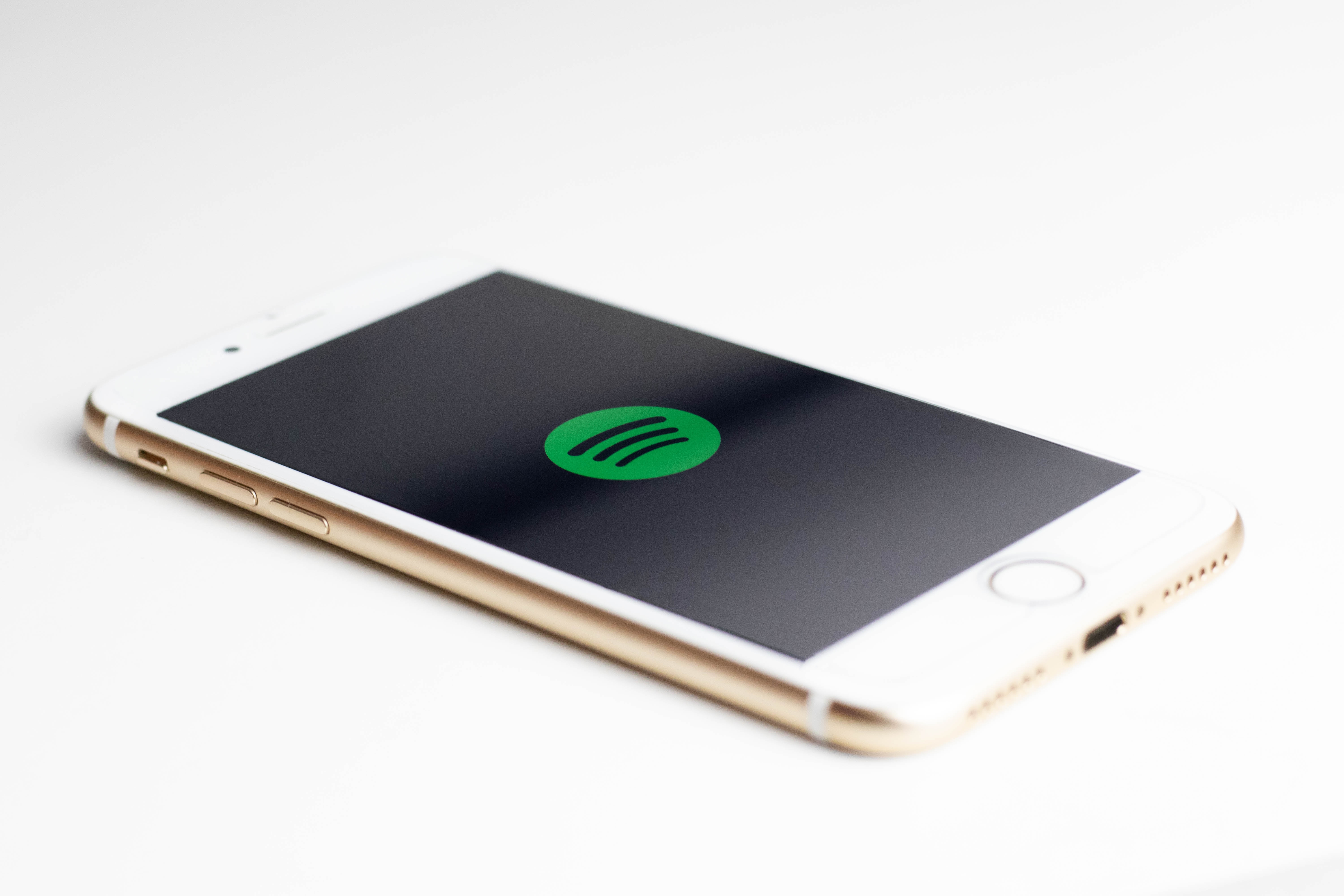 On March 13th, Spotify filed a formal antitrust complaint against Apple with the European Commission (EC). In the complaint, Spotify alleges that Apple has been using its App Store to impede Spotify’s competitive potential to the advantage of Apple Music—its biggest competitor in the music streaming business. In what follows, I quickly examine the contentious history between Spotify and Apple before surveying the potential theories of abuse the EC could investigate.

After years of declining revenues in the music industry, the sector is finally growing again. Spotify, the company that pioneered music streaming, is being credited for this change of fortune. In 2008, the company started offering consumers unlimited access to music for a monthly subscription fee of €9,99. However, despite amassing 100 million subscribers and changing the face of the music industry, Spotify itself has been largely unprofitable. This unprofitability is mainly due to the high variable cost of music streaming businesses, which have to pay the music industry on a per-stream basis.

In addition, Spotify faces a distinct challenge. Users can subscribe to Spotify (i) on its website, accessed through a desktop or mobile browser; or (ii) through its app, available on Apple’s App Store and Google’s Play Store. However, for every subscription billed through the App Store, i.e. every subscription through Spotify’s iPhone app, Spotify owes Apple a 30% commission fee. This app store policy is at the heart of Spotify’s complaint against Apple.

2. Spotify vs Apple: a contentious history

The dispute between Spotify and Apple dates back to at least 2015, when Apple launched its own music streaming service, Apple Music. At that point, Spotify became more vocal about the 30% fee that Apple charges on its €9,99 subscription, leading to a final price of €12,99. It also started looking for ways to circumvent the App Store fee. In 2016, Spotify removed the in-app purchase feature and replaced it with a sign-up feature that directs potential subscribers to Spotify’s website. In response, Apple refused to approve the new version of the app.

While Spotify publicly accused Apple of anticompetitive conduct, competition authorities were reluctant to pick up the case. Both the EC and U.S. Federal Trade Commission were reportedly looking into it at some point, but those efforts stalled quickly. Spotify focused its energy on lobbying for regulation for a while, but decided last month to finally launch a formal complaint against Apple with the EC. It set out its allegations of anticompetitive conduct, which can be divided into two categories, in a microsite titled Time to Play Fair:

1. Commission fees. Apple imposes a 30% ‘tax’ on Spotify subscriptions through its App Store. This fee is discriminatory, as Apple Music does not have to pay it (neither does Uber, for example). Moreover, Spotify is not in any way allowed to direct users to its website in order to avoid the fee. This leaves Spotify with two choices: either use Apple’s in-app purchase feature (IAP) and pay a 30% fee, or turn off IAP, making it a lot more difficult for iPhone users to subscribe to Spotify. Spotify chose the second route in May 2016.

2. Access. Apple has a history of tightening its app guidelines, and routinely delays or rejects updates of the Spotify app. Spotify has been limited in the ways it can communicate with its users through the app. For example, it was prohibited from promoting a low-cost three-month trial—while Apple Music does hold similar promotions. Further, Apple does not allow for integration between Spotify and Siri (its voice assistant) and HomePod (its smart speaker), meaning that iPhone/HomePod users cannot ask their devices to play Spotify.

In sum, Spotify argues that Apple’s various restrictions of its app deny consumers true choice, which puts it at a competitive disadvantage. Spotify CEO Daniel Ek made this case at the biannual conference of the German Competition Authority, where EU Commissioner Vestager seemed receptive to his ‘strong message’. Of course, now it is up to the EC to assess the case, and the main issue is which—if any—theory of abuse fits this seemingly novel conduct.

As Spotify accuses Apple of excluding it from the market by impeding its access to consumers, the investigation—once formally opened—will proceed under Article 102 TFEU. This means that the EC will have to establish that Apple (i) is in a dominant position in the relevant market; and (ii) abuses that position.

On to Apple’s conduct then. As with many of the current probes into the conduct of tech giants, this case is essentially about vertical integration. Apple can only restrict Spotify because it not only competes with the music streaming service (through Apple Music) but also owns the primary distribution channel through which Spotify reaches its customers (the App Store). In the words of Spotify, Apple is ‘both referee and player’

Why would it abuse its position as referee? The fact is that Apple has market power in the app store market, while its position in the music streaming market is more modest (it boasts about half of the subscribers of Spotify). Therefore, one theory is that it wants to leverage its market power from the app store market into the music streaming market. However, the EC will want to concretize such leveraging conduct into a more detailed theory of harm. I survey the most applicable theories below.

One can look at Apple’s conduct as a case of discrimination: Spotify has to pay a 30% fee on subscriptions—Apple doesn’t; Spotify isn’t allowed to freely communicate with its users—Apple is. In other words, Spotify is being treated less favorably than Apple Music. When talking about less favorable treatment, one recent case immediately comes to mind: Google Search. In its decision in that case, the EC held that Google illegally extended its market power from the search engine market to the market for comparison shopping services by treating its own service, Google Shopping, more favorably than competing services. More specifically, Google systematically gave prominent placement to its own comparison shopping service while demoting rival comparison shopping services in its search results.

In part due to its eye-watering fine (of €2,4 billion), the Google Search decision has been making waves in the European competition community and beyond. At its heart is a form of discrimination by Google: a differentiated treatment between its own downstream services (Google Shopping) and those of competitors, made possible by its control over the upstream platform (Google Search). The decision is considered a model for future decisions by the EC in platform markets and could serve as a precedent here.

Apple’s conduct has also been qualified as ‘tying’ (i.e. requiring customers of one product to also purchase another product from the dominant undertaking). The Android case presents a contemporary example. In its decision, the EC held Google liable for only licensing its app store to phone makers when they pre-install Google’s Search app and Chrome browser. According to the EC, Google is thus leveraging its dominance in the app store market to preserve and strengthen its dominance in the search engine and browser markets.

One could make an analogy between the Android case and Apple’s conduct, which may seem to involve a tie between iOS/the App Store and Apple Music. However, there is a crucial difference. In Android, phone makers had a choice between the apps they wished to pre-install, but that choice was then curtailed by Google. Apple, by contrast, is vertically integrated and does not license to phone makers. Therefore, there are no pre-installation decisions by phone makers to be curtailed in the first place. Moreover, letting apps compete for pre-installation on iPhones would fundamentally alter Apple’s closed ecosystem, and could eliminate the benefits associated with it (primarily security, privacy, and ease of use). Therefore, this theory of harm appears less applicable.

Perhaps the EC could consider the App Store an essential facility, to which Apple should provide competitors access; if it doesn’t, it engages in a ‘refusal to supply’. The EC notes that typically ‘competition problems arise when the dominant undertaking competes on the downstream market with the buyer whom it refuses to supply.’ Moreover, there can be a ‘constructive refusal’, where a firm does not flat out refuse to supply a competitor, but only offers to supply on unreasonable terms—a more apt description of Apple’s conduct.

The idea of online platforms as essential facilities has been gaining ground. Commissioner Vestager even stated that we may ‘need to rethink the notion of essential facilities in the digital age’. However, as of yet, the conditions to establish a refusal to supply are very strict. For one, the refusal must concern an upstream product or service that is ‘objectively necessary’ to be able to compete effectively on the downstream market. Spotify might have trouble showing that access to the App Store is so indispensable: while competition for iPhone owners would certainly be facilitated by equal access to the App Store, Spotify can still reach them through browsers. Accordingly, even though competition is certainly impeded, the current restrictions can hardly be said to ‘eliminate competition’—another condition of the essential facilities doctrine.

The utility of margin squeeze as a theory of harm to assess certain conduct by online platforms is untested but potentially significant (see my article ‘Online platforms and vertical integration: the return of margin squeeze?’). Margin squeeze refers to situations where a vertically integrated undertaking uses the price it charges in the upstream market to drive competitors out of the downstream market. This description does seem to align with Spotify’s allegations: Apple levies a high commission fee in the upstream App Store, which depresses Spotify’s profitability and competitiveness in the downstream music streaming market.

However, the EC will only protect a downstream firm’s profitability if it is as efficient as the vertically integrated firm it competes with. One way of testing this is asking whether the downstream division of the vertically integrated firm would be profitable if it were charged its own upstream price. The question is thus: would Apple Music’s €10 subscription model be profitable if it had to pay its own 30% commission fee? If not, Apple’s upstream price is too high compared to its downstream price, and has to be adjusted.

4. A balancing act: harm vs efficiency

The above survey offers only a first look at potential theories of abuse that the EC could investigate. However, in order to find Apple’s conduct abusive, the EC would, in any case, have to establish its anticompetitive effects. In that regard, it’s interesting to note that Apple’s App Store accounts for about 65% of consumer spending on apps. Impeded access to Apple’s lucrative user base can therefore significantly harm an app provider’s competitive prospects.

Finally, Apple has already been defending its conduct by making an efficiency argument. In particular, it accuses Spotify of wanting to freeride: ‘Spotify seeks to keep all the benefits of the App Store ecosystem—including the substantial revenue that they draw from the App Store’s customers—without making any contributions to that marketplace.’ Balancing such efficiency arguments against any harms will be no easy feat.

In conclusion, this case requires the EC to tackle a fundamental question of contemporary competition law: which standards should govern the relationship between dominant digital platforms (such as Apple, Google, and Amazon) and independent businesses relying on them to reach customers? At least the EC won’t be the only competition authority looking for answers: the Dutch Competition Authority recently started investigating Apple’s app store practices too.

Note: this blog post is an abbreviated and adapted version of a paper written in the context of the ‘Music and Digital Media’ class at Harvard Law School.