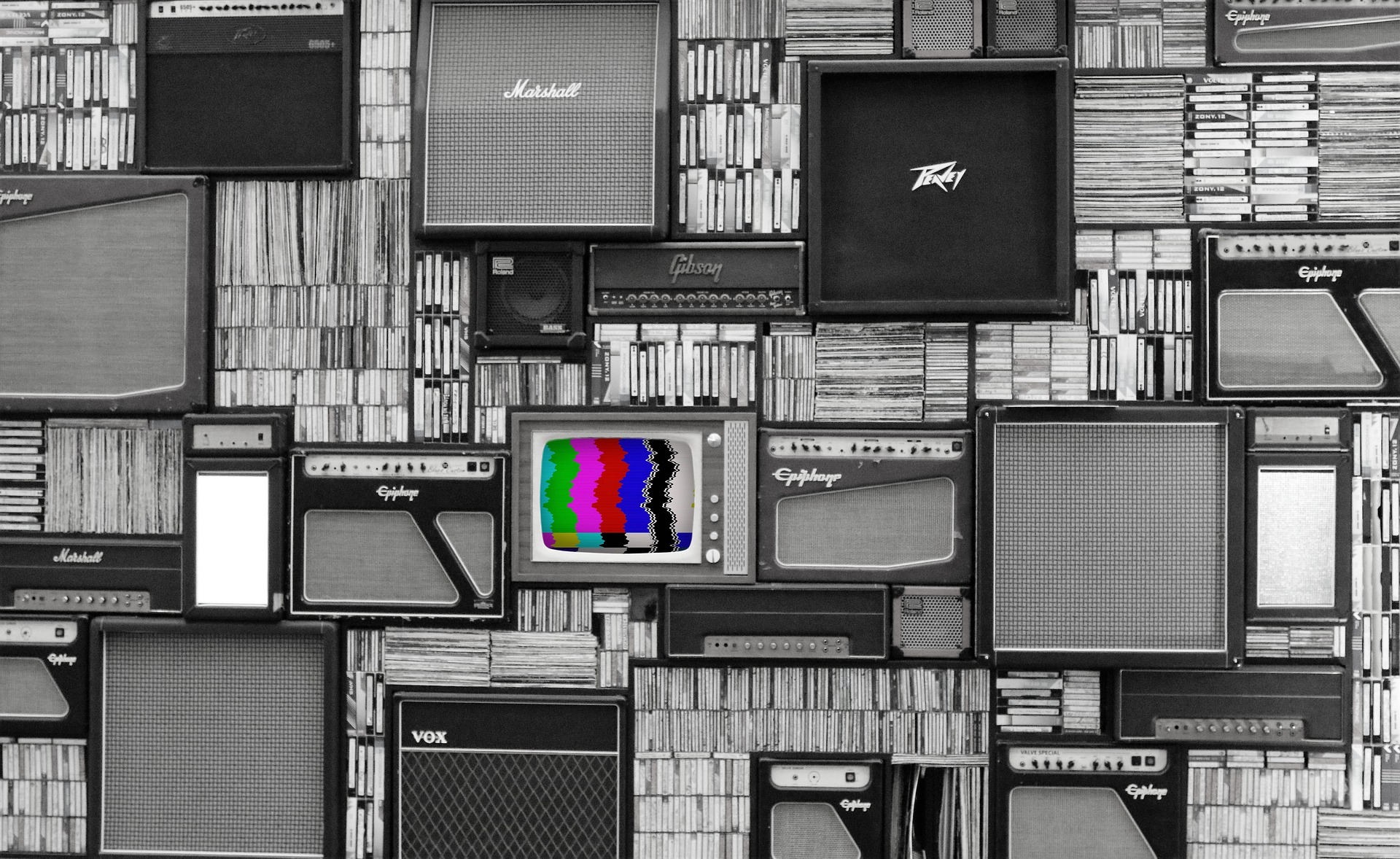 The recent case of MEO delivers a meaningful clarification concerning the importance of an effects analysis in the case of art. 102 (c) TFEU. While not providing an ultimate solution for all comparable future cases, the CJEU in this case clearly indicates that term ‘competitive disadvantage’ constitutes an independent element of art. 102 (c) TFEU that requires proof.

The case concerned a complaint filed to the Portuguese Competition authority (CA) by MEO, a provider of television services in Portugal, against GDA, a copyright collection cooperative. According to MEO, GDA has abused its dominant position by applying different tariffs to MEO than to another customer, NOS. Following this complaint the Portuguese CA opened an investigation concerning the pricing scheme of GDA. The investigation was soon concluded without any additional action taken against GDA since the CA found that the differentiated pricing scheme of GDA did not create a competitive disadvantage for MEO in the sense of art. 102(c) TFEU. According to the CA the difference in tariffs applied to MEO and NOS was not significant enough to undermine MEO’s competitive position and MEO was capable of absorbing such a difference in tariffs. Furthermore, the CA also noted that MEO’s market share increased even during the period when the differentiated prices were applied to it. MEO appealed the CA decision to the Portuguese Competition, Regulation and Supervision Court (the referring court in this case) arguing that the CA misinterpreted Article 102(c) TFEU. According to MEO the CA had mistakenly assessed whether any significant and quantifiable distortion of competition took place instead of assessing whether any competitive disadvantage has been created [par. 14].

In light of the opposed views concerning the application of art. 102(c) to the circumstances of the case, the Portuguese court referred a series of eight questions to the CJEU regarding the definition of the term ‘competitive disadvantage’ in art. 102(c) TFEU [par. 21]. In its response to the Portuguese referring court the CJEU combined the referred questions into the following:

“ … whether the concept of ‘competitive disadvantage’, for the purposes of subparagraph (c) of the second paragraph of Article 102 TFEU, must be interpreted to the effect that it requires an analysis of the specific effects of differentiated prices being applied by an undertaking in a dominant position on the competitive situation of the undertaking affected and, as the case may be, whether the seriousness of those effects should be taken into account.”

The answer of the CJEU regarding this question contributes a great deal to the consistent application of art. 102 TFEU as a whole. Unfortunately, however, the CJEU’s answer does not entirely resolve the vagueness with regard to the link between reduced profitability and abuse of dominance in the context of art. 102 (c) TFEU.

In addressing the prohibition to discriminate under art. 102 TFEU the CJEU, referring to the British Airways case, recalled that discriminatory practices fall foul of the prohibition only when these are capable of distorting competition among the business partners of the dominant undertaking [par. 24-25].Therefore, according to both AG Wahl and the CJEU, evidence of discriminatory trading conditions is not sufficient in order to establish an abuse under art. 102(c) TFEU. This is because not every disadvantage, such as higher prices will create a competitive disadvantage [AG opinion par. 101, 102]. The burden of proof, however, does not go so far as to require an actual quantifiable deterioration of competition with respect to the harmed undertaking and its individual competitors [par. 26-27 and par. 63 of the AG opinion]. In order to evaluate the existence of such circumstances it is necessary, according to the CJEU, to examine all the circumstances of the case [par. 28]. In other words, an abuse under art. 102 (c) TFEU can only be established by an effect based analysis instead of a mere formalistic approach. This approach clearly echoes the CJEU findings in Intel to which it specifically refers in this context [par. 31] and what we may expect to follow in the case of Qualcomm.

No de-minimis for the effects – it’s a binary matter

With regard to providing proof of a distortion of competition the CJEU, referring to Post Denmark, noted that there is no threshold for the purpose of determining whether certain practices constitute an abuse based on the gravity of their effects on competition [par. 29]. According to the CJEU in order for price discrimination to be abusive it must ‘affect the interests of the operator, which was charged higher tariffs compared with its competitors, or in other words, the competitive position of such party [par. 30]. Therefore once a detrimental effect on competition has been established with regard to the party that is being discriminated, such discrimination will be abusive under art. 102 (c) TFEU no matter the seriousness of such effect.

The findings of the CJEU in this regard are quite sensible; distortions of competition should be prevented regardless of their gravity. Therefore the qualification of certain practices as abusive under art. 102 (c) TFEU should not be dependent on how much these interfere with competition from a quantitative perspective. This should not mean that the gravity of an abuse is irrelevant but rather that it should play a role in a different stage of the legal procedure, namely when assessing possible justification grounds and remedies. At the same time, one cannot deny that a binary approach to finding a ‘competitive disadvantage’ is at times rather hard to combine with business reality – just like in the case of finding dominance under art. 102 TFEU. Every price discrimination will create a disadvantage for the party, which pays the higher price. The greater the price difference applied among competitors the greater the likelihood of distorting competition. Accordingly, as in the case of market power, the effect of price discrimination on competition is a matter of degree. Therefore, as in the case of market power, finding such an abuse requires diligence in the process of translating a matter of degree to a binary outcome.

Finally when addressing the link between increased costs and reduced profitability with an eventual abuse under art. 102(c) TFEU, the findings of the CJEU do not provide definitive guidance for future cases. Accordingly, the CJEU indicated that it is likely that no abuse will occur when the effect of the different price on the costs or on the profitability of the trading party, which considers itself to be wronged, is not significant [par. 34]. Again, these findings make complete sense, but lead to the question of what will constitute a significant effect in future cases. This because without a significant effect on costs-profits there will be no effect on competition and thus no abuse. Consequently one may wonder what will be the case when the price discrimination is applied to an aspect of the downstream product or service that does not represent a big part of the costs for the trading partner? Should discrimination in such cases enjoy more tolerance compared to cases where the price discrimination is applied to an aspect of the downstream product or service that determines the cost of the trading party to a greater extent? In other words, is any degree of price discrimination allowed as long as it does not lead to a competitive disadvantage? The answer should now clearly be yes. However, if that is the case, what does it mean with regard to the financial power of a trading partner in each case? Is there more room for discriminating against an undertaking with ‘deep pockets’ than against undertakings which may perish due to an eventual discriminatory price increase? Should the (in)efficiency of the trading partners be also taken into account when assessing the effect of discriminatory pricing on competition since that may determine the impact of higher prices on their eventual costs-profits balance? All these issues remain to be addressed in future cases.

The case of MEO is an important one with regard to strengthening the importance of effects analysis in the enforcement of art. 102 (c) as well as art. 102 TFEU in general. However, as in most cases, this judgement cannot eliminate all uncertainty in the application of the law. Accordingly, it can be expected that future cases on art. 102 (c) TFEU will follow with questions concerning the significance of various degrees of price discrimination for the finding of an abuse.

On a different note, when looking at the findings of the CJEU in this case one has to admit that the Dutch court in the case of Funda was right to follow the opinion of AG Wahl as it was embraced to a great extent by the CJEU.