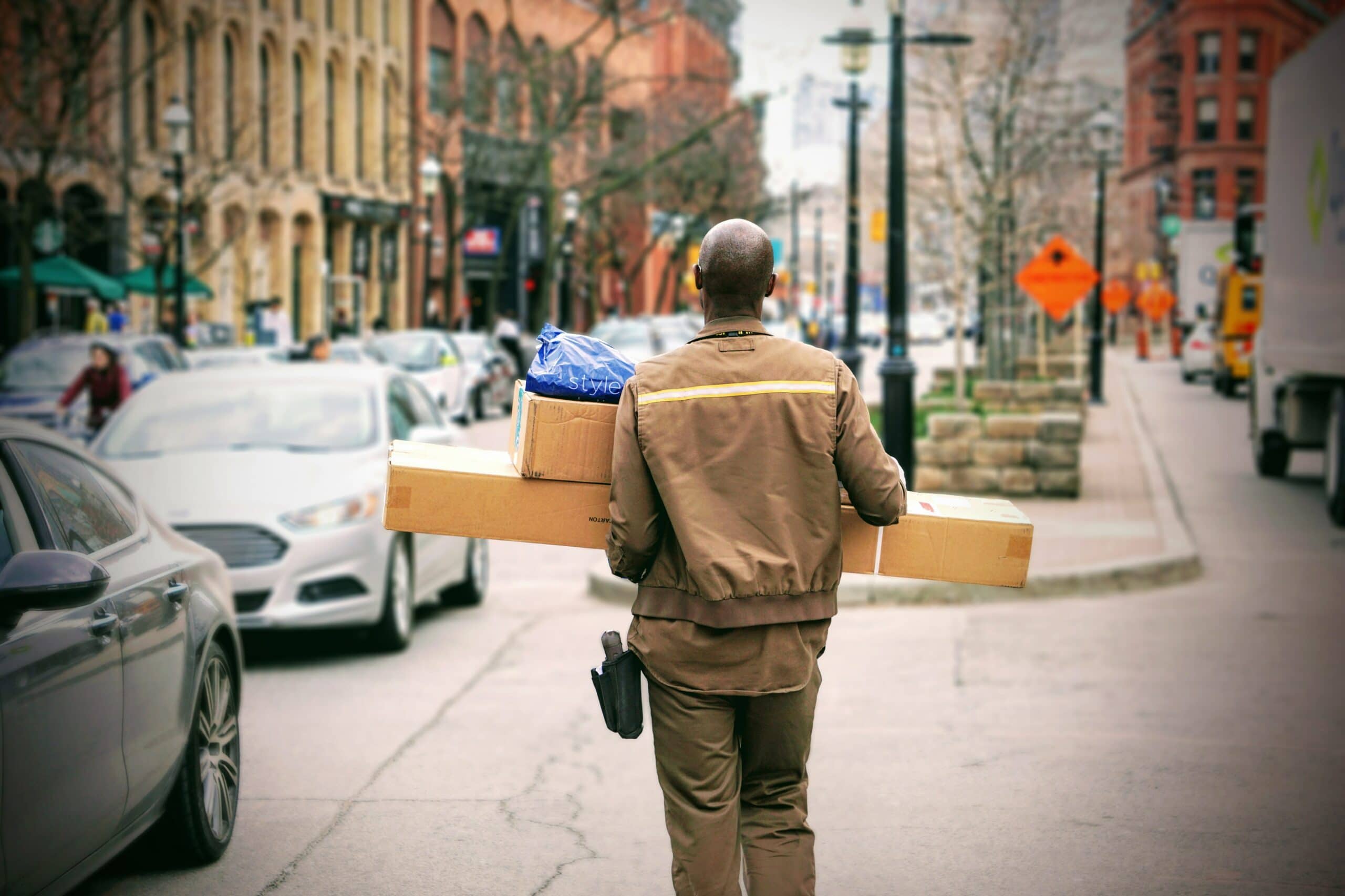 The recent fines imposed by the Commission on companies have made headlines quite a few times since the beginning of 2018. This growing press coverage is undeniably linked to size of the fines as well as the parties on whom these were imposed. However while the Commission was busy fining companies for their anticompetitive behavior, United Parcel Services (UPS) decided to launch a damages claim against the Commission for not performing it task adequately.

The damages claim was filed on the 29 of December 2017 however it only became public once it was published in the Official journal of the European Union a few weeks ago, making the headlines across the world. According to the claim UPS has sued the Commission under article 340 TFEU for compensation regarding the decision of the Commission to block the merger between UPS and TNT in 2013 (COMP/M.6570). UPS appealed the Commission decision before the General Court which annulled it because the Commission infringed UPS’s right of defense (Case T-194/13). The outcome of this damages claim, if successful, is capable of creating a rather unique precedent as comparable claims have almost never been successful due to the high standard of proof of damages claims under art. 340 TFEU. Until today only two cases have been discussed in this context case before the EU courts (Case T-212/03 My Travel and Case T-351/03 Schneider) and only Schneider can be said to be successful even though a very small amount of the damages claimed were eventually awarded in last instance (Case C-440/07 P).

The case of UPS entails a complex legal assessment determining the limits of the Commission’s power in the case of merger clearances and perhaps even in the context of competition law enforcement. Furthermore it requires establishing what kind of deviation from such limits can constitute a serious breach of EU law under art. 340 TFEU.

EU Liability and the use of powers by EU institutions

The practice of damages claims against EU institutions under Art. 340 TFEU has been considered in numerous cases going beyond the actions of the Commission in the context of competition law. In the case practice on art. 340 TFEU EU courts have developed what could be considered a test for damages claims brought under the scope of this article (Case C-352/98 P Bergaderm being the leading case). In order for a claim to be successful the claimant must show that the EU has manifestly infringed a norm of EU law that resulted in damage for the claimant. Accordingly three aspects must be proven: the existence of a manifest infringement of EU law, the existence of damage experienced by the claimant and causality between the infringement and damages.

The existence of a manifest infringement of EU law under Art. 340 TFEU is dependent on the degree of discretion that the EU (institutions, representatives and employees) had with regard to the allegedly infringed norm. The greater the degree of discretion the more cumbersome the standard of proof becomes by requiring the existence of a flagrant or at least serious breach of EU law. By contrast when the legal norm leaves little or no room for discretion a simple breach may be sufficient to constitute a manifest infringement under Art. 340 TFEU (Case C-440/07 P Schneider). When proving causality the applicant is required to prove that the EU action caused the loss and the chain of causation has not been broken by an action of a member state or an action of the applicant itself (through e.g. negligence). Moreover in cases where the claimant ought to have foreseen the possibility of certain events, which might cause loss, the claim is less likely to be successful (Case T-184/95 Dortch Consult). Finally when addressing the concept of damages the claimant must prove that it experienced specific actual and quantifiable material losses, which have not been passed on to third parties such as consumers (see e.g. Case T-88/09 Idromacchine Srl; Case 238/78 Ireks-Arkady). Loss of potential profits and non-material damages have been awarded in a very restricted number of cases indicating a clear reluctance of the EU courts to create a common practice in this regard (See e.g. Case T-88/09 Idromacchine Srl).

Between a rock and a hard place

The case of UPS is rather difficult one to win in light of the above. The prohibition decision with regard to the merger has indeed proven to be incompatible with EU law due to insufficient acknowledgement of the rights of defense of UPS. According to the General Court this infringement occurred due to the fact that the Commission did not communicate the last version of the econometric model used for the assessment of the merger to UPS. For this reason the decision of the Commission was also annulled by the General Court [par. 221]. Accordingly there is clear evidence of a serious breach of EU law by the Commission in the sense of art. 340 TFEU. This is due to the fact that the right of defense is a concept of EU law where the Commission does not enjoy much discretion with regard to its application; it has the obligation to respect it at any time.

The infringement of the rights of defense of UPS is however difficult to link to the damages claimed by UPS, which relate to the fact that the merger as a whole was blocked. It is practically impossible to maintain that the only thing standing in the way of the merger was the fact that the Commission did not communicate to UPS its final version of the econometric model used to assess the merger. This was also hinted to some extent by the General Court when it annulled the Commission decision [par. 215-220]. Thus while in this regard UPS can prove an infringement in the sense of art. 340 TFEU such an infringement is difficult to link to the damages claimed. Furthermore the annulment of the decision has also been appealed by the Commission and remains to be assessed by the Court of Justice (Case C-265/17 P). This evidential hurdle is perhaps the reason that UPS chose to claim that the Commission is liable for several other breaches of EU law that go beyond its rights of defense. According to UPS the Commission has committed a serious breach of EU law with regard to: (1) the price concentration analysis; (2) the efficiencies analysis; (3) the assessment of FedEx’s competitiveness; (4) and the assessment of closeness of competition made in the decision of the Commission. These alleged infringements were also claimed in the context of the procedure before the General Court. However these matters were not assessed by the GC beyond the link with UPS’s rights of defense [par. 157-160]. Accordingly there is no prima facie evidence that the assessment of the merger by the Commission was erroneous from a substantive perspective.

In view of the above the damages claim virtually requires the GC to make an assessment of the substantive findings made by the Commission in order to see whether the Commission should in fact have cleared the merger. In essence this requires that the GC develops its own substantive assessment of the merger which may go beyond what required by the judicial review of EU Courts (Case C-413/06 P Bartelsmann v Impala, par. 145). In this regard it is important to recall that in the case of substantive merger assessments, the Commission possessed a great degree of discretion. Thus finding an infringement requires meeting a very high standard of proof. According to the General Court in My Travel the errors in the substantial assessment of a merger must be very severe in order to be considered as a serious breach in the sense of art. 340 TFEU. Therefore a successful action by UPS in this case would entail the GC finding a flagrant breach by the Commission in a field of law where it enjoys much discretion and that in the absence of such a breach the merger should have been cleared. Moreover, obtaining the full amount of the damages claimed would also entail that the UPS could not have foreseen that the merger would be blocked and that the GC is willing to award damages for lost profits. Unfortunately for UPS the odds do not appear to be in their favor in this case.

Despite the rather limited chances of success for this claim in light of previous case law, it remains a very interesting case to follow as the GC will have to address yet again the link between art. 340 TFEU and the degree of discretion enjoyed by the Commission in the context of merger control.