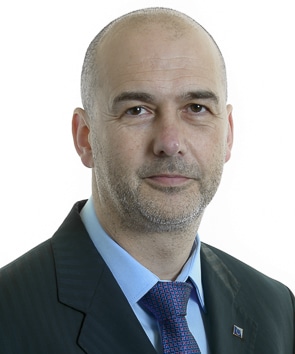 Kurt Bungartz (DE) He joined the European Court of Auditors in 1999 where he devoted the first ten years to conducting performance, compliance and financial audits of EU external action and development cooperation programmes – with a special focus on Central and Eastern Europe and the countries of the former Soviet Union, as well as Northern Africa and the Near East. Since 2009, he has been leading various performance audit tasks in the field of EU energy policy and expenditure programmes (mainly co-financed by the Cohesion policy and Structural Funds instruments, TransEuropean Networks, IFI financed programmes, and research programmes (Research Framework programmes and Horizon 2020). Prior to his time as a senior Auditor at the Court, Mr Bungartz commenced his EU career at the European Commission in 1995 and had, previously, worked for the German Ministry of Finance. Mr Bungartz has comprehensive knowledge of and experience with EU policies, procedures and institutions, notably in the area of the budget as well as in the policy areas of external action/development cooperation; cohesion and regional and structural and investment funds (including implementation in the Member States); energy and climate; transport, environment, research as well as customs and fiscal policies.

Past Events with Kurt Bungartz: