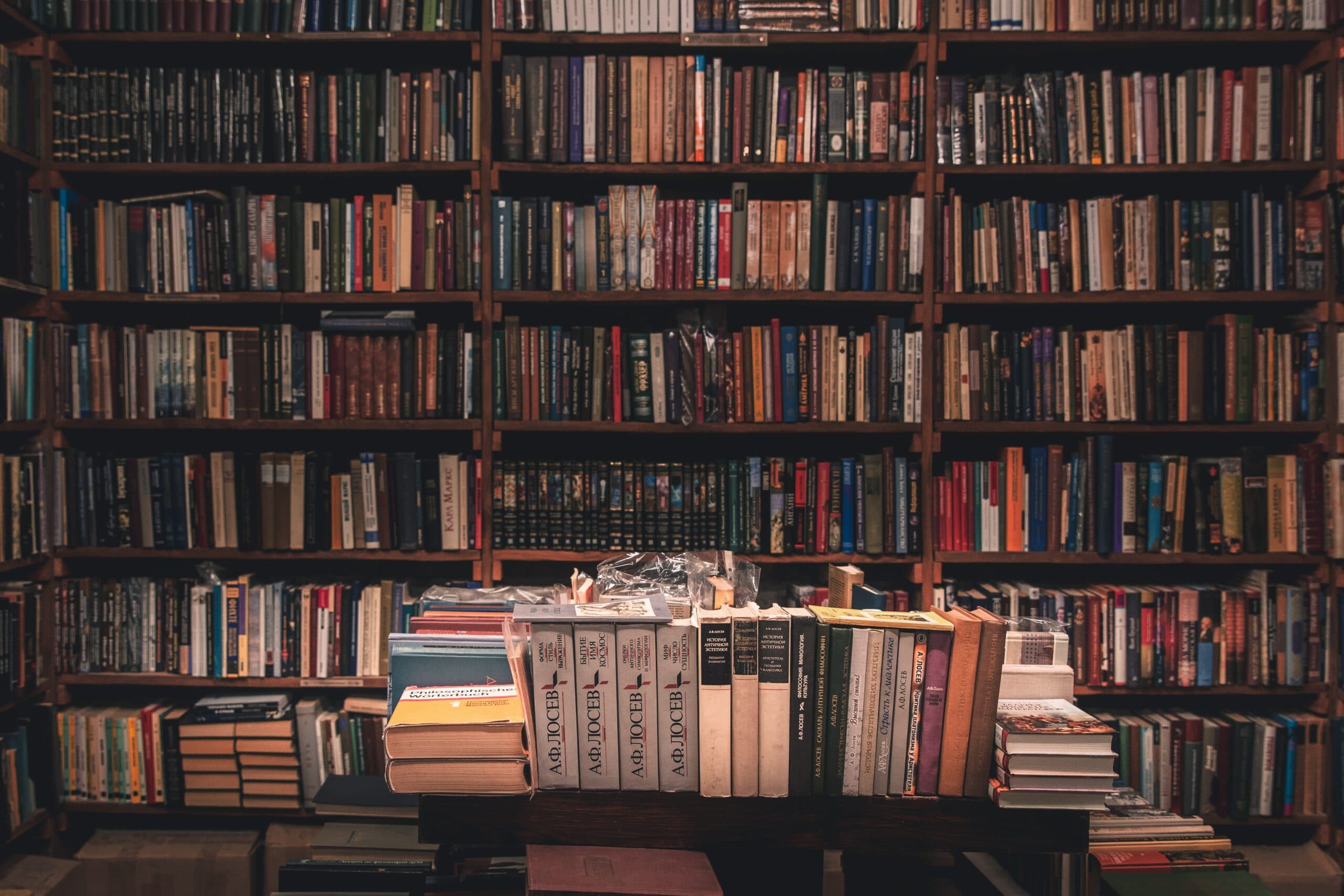 In a CoRe Blog post earlier this month, I introduced the first three ‘antitrust books you should’ve read in 2019’. In this post, I take a look at the next and final three books. Completing the list involved a tiny bit of cheating (including a book that was published in 2018 and another one that doesn’t strictly concern antitrust), but I guarantee that none of these books will disappoint.

‘The Antitrust Paradigm: Restoring a Competitive Economy’ by Jonathan Baker

In short: In The Antitrust Paradigm, Jonathan Baker makes a strong case for an overhaul of US antitrust enforcement. He argues that such an overhaul is necessary because both enforcers and courts have become too permissive when it comes to anticompetitive (and in particular exclusionary) conduct. This laxness is traced back to the Chicago School, which instilled a fear of chilling procompetitive conduct (false positives or type I errors), but ended up giving a free pass to various types of anticompetitive conduct (false negatives or type II errors). Baker is poised to change this status quo with ‘the sort of arguments that can convince the [Supreme] Court: economic ones.’ (p. 197) He argues for a recalibration of the error-cost framework that shapes contemporary antitrust law through the adoption a new set of presumptions, inter alia regarding algorithmic coordination, exclusionary conduct by dominant platforms, innovation competition, and harms to suppliers.

The book has a lot in common with the books discussed in part 1 of this list, but is also markedly different. Baker agrees with Philippon that market power is holding back the US economy, but—in a footnote—disagrees with him as to the reason why. (p. 246) Baker shares Wu’s concern for the political power that comes with market power, but argues that this problem can be addressed more effectively by non-antitrust approaches (although antitrust enforcement does have an indirect effect). (pp. 57-61) As in Sager’s book, Amazon serves as a protagonist, or rather, antagonist (in particular in chapter 7), but Baker does not ‘endorse the broad charges raised by critics’ (i.e. various Neo-Brandeisians such as Lina Khan). In the end, one can only agree with Dennis Carlton’s back-cover blurb: ‘Even readers who disagree will be challenged to re-examine the reasons for their views.’

Favourite chapter: Baker is at his best when he dives into the weeds of theoretical and empirical economic evidence to redesign current standards and burdens of proof. In chapter 4, he elegantly and succinctly introduces his weapon of choice: the error-cost framework (or decision theory). The chapter also includes Baker’s (perhaps controversial) observation that ‘[i]n comparison to their U.S. counterparts, EU enforcers have struck a better error-cost balance.’ (p. 72)

Quotable: ‘The antitrust question is not whether these [Internet platforms] benefit us; it is whether some aspects of their conduct limit competition, thereby preventing consumers, workers, and the economy as a whole from benefitting even more.’ (p. 149)

Further reading: Baker walks a fine line between antitrust conservatives (Chicagoans) and progressives (Neo-Brandeisians), stalking out a position in the centre that is commendable in these times of polarization. Readers interested in learning more about the former school can pick up Robert Bork’s The Antitrust Paradox, while those more interested in the latter are well-served by Tim Wu’s The Curse of Bigness discussed in part 1 of this list.

‘Radical Markets: Uprooting Capitalism and Democracy for a Just Society’ by Eric Posner and Glen Weyl

In short: Just when you thought the era of big new ideas in economics was over, Eric Posner and Glen Weyl publish Radical Markets, proving those fears wrong. Their ideas cannot easily be categorized. They agree with the Right (in that ‘markets must be strengthened, expanded, and purified’) but also find it flawed (in that ‘it has been timid and unimaginative in its vision of the social changes necessary to make markets flourish’). They have ideas in common with the Left (namely that ‘existing social arrangements generate unfair inequality and undermine collective action’) but also see its flaws (‘its reliance on the discretionary power of government bureaucratic elites to fix social ills’). Combining the best of both worlds, they thus seek to decentralize power while spurring collective action, and to replace Market Fundamentalism with Market Radicalism. Their weapon of choice is the auction, which they introduce—in one form or another—to solve issues of property (you can now bid on everything!), democracy (you get tokens to vote when and how you like!), workers (individuals rather than firms can sponsor foreign workers!) and data (sell it to the highest bidding tech company!). With each of their solutions comes a detailed explanation of how exactly it would reduce inequality and at the start of each chapter you’re treated to a little story of what their solution would look like, which makes for great reading.

Favourite chapter: Chapter 5 on ‘Data as Labor’ ties in well with the current debate on whether tech giants should pay consumers for their data. The discussion here goes a lot deeper than the op-eds supporting such a regime.

Quotable: The only not particularly auction-based remedy Posner and Weyl propose—for the anticompetitive effects of horizontal shareholding—can be captured in one line: ‘ban institutional investors from diversifying their holding within industries while allowing them to diversify across industries’. (p. 191)

Further reading: Posner and Weyl pay a lot of attention to how their intellectual ancestors laid the groundwork for the solutions they propose, so a reader hungry for more has plenty of guidance on where to satisfy herself.

‘Rockonomics: A Backstage Tour of What the Music Industry Can Teach Us About Economics and Life’ by Alan Krueger

In short: While Rockonomics is not strictly an antitrust book, it’s not a bad idea to understand the music industry in times of Spotify v Apple. The perfect guide is offered by Alan Krueger, the former Chair of President Obama’s Council of Economic Advisers—a role that Jason Furman (of Furman Report fame) also served in. While the book covers the music industry, its scope is actually wider—as hinted at by the subtitle. For one, Krueger shows how ‘the music business is an ideal laboratory for witnessing economics.’ (p. 6) He also offers great insights about digital disruption—after all, ‘[t]he music business serves as the canary in the coal mine for innovations.’ (p. 6) In addition, intellectual property (law) gets an insightful treatment (in chapter 9). Economics, digital disruption, and intellectual property… Does that not sound an awful lot like antitrust anno 2020?

Favourite chapter: Chapter 4 on ‘The Economics of Superstars’ provides an intriguing discussion of the growing ‘winner takes all’ dynamic in the music industry as well as in the broader economy. It includes such observations as: in the US, ‘[a] whopping two-thirds of all income gains [since 1980] have gone to the top 1 percent’ and ‘the top 1 percent of artists increased their percentage of total concert revenue from 26 percent in 1982 to 60 percent in 2017’. (p. 79 and 84)

Quotable: ‘Spotify’s long-run existential challenge is exacerbated by the fact that Amazon Music and Apple Music can sustain losses because they generate large complementary benefits for their parent companies, and because YouTube is a close substitute that can operate under different rules [of intellectual property].’ (p. 201)

Further reading: Of all entertainment industries, music seems to be producing the best books. Works that helped deepen my understanding include Streaming, Sharing, Stealing (on both music and film), Spotify Teardown, Playing to the Crowd and The Final Days of EMI. Of course, Donald Passman’s All You Need to Know About the Music Business (of which the 10th edition was published in 2019) remains an indispensable guide.

Coming soon to a bookstore near you

The market for antitrust (related) books for a wider audience appears far from saturated, with various releases already planned for 2020. February will see the publication of Anu Bradford’s The Brussels Effect: How the European Union Rules the World—spoiler: it’s through regulatory standards (including on competition). In March, Maurice Stucke and Ariel Ezrachi (of Virtual Competition fame) will release Competition Overdose: How Free Market Mythology Transformed Us from Citizen Kings to Market Servants in which they argue that there can be such a thing as too much competition. In May, Zephyr Teachout’s Break’ Em Up: Recovering Our Freedom from Big Ag, Big Tech, and Big Money comes out. Many more will undoubtedly be announced over the course of this year. The challenge will not be to find interesting books but rather the time to read them all.