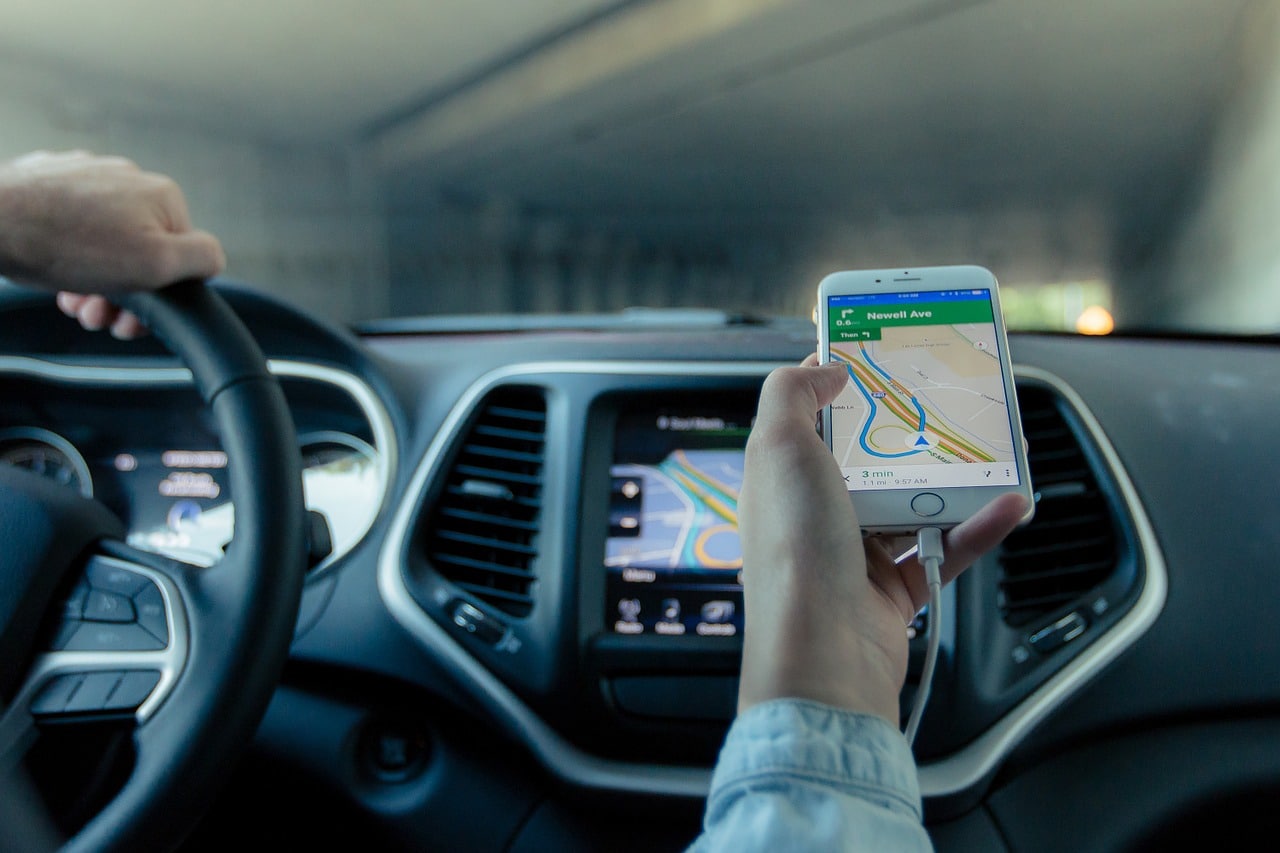 With the increasing digitalization of economy, algorithms are more and more often relied on by businesses in their economic activities for many purposes including setting prices. Competition authorities have concerns that the use of algorithmic pricing may result in undertakings coordinating their pricing policies to the detriment of competition (see here, here and here).
The decision recently handed down by the ‘Conseil de la Concurrence’ or the Luxembourg Competition Authority (thereinafter LCA) in Webtaxi illustrates, instead, a pro-competitive use of pricing algorithms. This case involved an agreement under which several taxi operators jointly determined the fares for taxi services via an automated algorithm. Notwithstanding its nature of a serious competition breach, the LCA eventually exempted the agreement due to the expected efficiency gains resulting from the use of the algorithm.

Webtaxi is a booking platform for taxi services in Luxembourg that was created in June 2015. Prospective clients can book their taxis by phone, a mobile app or a website. By means of a geo-localization functionality Webtaxi matches each booking request to the nearest taxi driver to the position of waiting clients. Taxi operators pay Webtaxi a monthly fee for using its booking services whereas the platform determines the fares that taxi drivers should apply to clients.
The LCA opened an antitrust investigation against Webtaxi following the receipt of a complaint filed by a competing taxi operator. Article 7(4) of the Law of 23 October 2011 (LCL) states that a new case is assigned by an order made by the President of the LCA to a member of the LCA, the appointed councillor. The appointed councillor is responsible for conducting the necessary investigations and, eventually, drafting the statement of objection to be put forward before the Council of the LCA that adjudicates on the alleged competition breach.

Initially (and until 3 February 2017), Webtaxi, or more precisely ProCab as it was previously known, only recommended a maximum price. Taxi drivers and customers were then free to negotiate the fares within the upper limits set by Webtaxi. The appointed councilor considered that this practice constituted an anti-competitive horizontal agreement prohibited by Article 3 of the Luxembourg Competition Law of 23 October 2011 (LCL) corresponding to Article 101(1) TFEU. Yet, because it led to efficiency gains also to the benefit of customers, in terms of more accessible and quicker taxi services, the agreement in question qualified for the individual exemption in Article 4 LCL, which is equivalent to Article 101(3) TFEU. The findings of the appointed councilor were not challenged by the parties and were then accepted by the LCA.

The decision of the Luxembourg Competition Authority

However, the pricing model that Webtaxi has been applying since 3 February 2017 required a more careful examination from the LCA. According to this newer pricing model Webtaxi automatically calculates the fares with an algorithm factoring in several parameters: price per kilometer; distance and travelling time of taxi rides; and traffic condition. The algorithmic fares are fixed and bind both taxi drivers and customers who are not allowed to negotiate them.
Considering the intermediation function between taxi drivers and prospective clients carried out by Webtaxi, the LCA qualified the platform as a two-sided market: it comprises not only the relations between Webtaxi and the participating taxi operators but also the relations between taxi operators and clients. Under the umbrella of the platform, the taxi operators agreed to jointly determine the fares for the taxi rides assigned by Webtaxi via the algorithmic pricing tool. That said, the LCA acknowledged that even restrictive agreements are not prohibited per se as they may still be justified under Article 4 LCL. Therefore, the LCA assessed whether the Webtaxi agreement met the four-limb test in Article 4 LCL. For an agreement to be exempted in accordance with this provision, it must satisfy four cumulative conditions: i) the agreement brings about economic efficiencies; ii) a fair share of those benefits accrues to consumers; iii) the agreement is indispensable, necessary and proportionate to achieve the efficiencies; iv) the agreement does not eliminate competition in the relevant market.

a) The condition for the improvement of economic efficiency

Webtaxi provided proof of multiple efficiency gains resulting from the agreement that were accepted by the LCA. First, by relying on geo-localization to assign clients to the closest taxi drivers, Webtaxi reduced the number of empty taxi rides. Second, this more efficient allocation of resources cut pollution caused by taxis, contributing to combat the greenhouse effect. Third, clients enjoyed a uniform, centralized and wider offer of taxi services on a 24/7 basis. Fourth, Webtaxi allowed taxi operators to more efficiently adapt supply to demand in peak and off-peak hours. Fifth, the LCA considered that the customer confidence in being able to use the booking services offered by Webtaxi should add value to the taxi industry in Luxembourg.

A fair share of efficiency gains in the form of quantitative and qualitative benefits accrued to taxi users. The quantitative benefits are mainly expected from the algorithmic pricing used by Webtaxi. In what is, probably, the most interesting passage of the decision, the LCA observed that reliance on a pricing algorithm, based on neutral and objective factors, enabled taxi operators to offer less expensive rides. Upon the receipt of a booking request, the algorithm calculates the applicable fares which is immediately communicated to the client. The algorithm price must be equal or lower than that indicated on the taximeter of the chosen taxi driver so to enable customers to compare the two prices. Moreover, the algorithm applies degressive fares decreasing as travelling distance increases. As a result, the algorithmic pricing may lead to a substantive reduction in the taxi fares paid for by customers.
The Webtaxi platform was also credited for qualitative benefits. First, as hinted above, the use of the geo-localizsation app reduced waiting times of customers at the pick-up points as well as the number of empty taxi rides. Second, by regrouping several Luxembourg-based taxi operators, Webtaxi increased the number of taxi drivers ensuring 24/7 taxi services to prospective clients. Third, the LCA believed that a fair share of the gains resulting from lowering the atmospheric pollution caused by taxis might accrue to clients.

Contrary to what was held by the appointed councilor, the LCA found that Webtaxi met this condition. Indeed, the application of the fixed uniform algorithm-calculated fares was instrumental in ensuring the correct working of the Webtaxi reservation center. It was exactly the algorithmic pricing that allows to match customers with the closest taxi drivers. The major interest of customers in using Webtaxi was to have a given price for a given taxi ride fixed in advance. In absence of the algorithmic uniform pricing, taxi drivers and clients should individually negotiate the applicable fares. Consequently, the likely outcome in such cases is that the taxi drivers eventually chosen by the clients because of the lower fares might not be the one identified by the geo-localization app. Under such circumstances the viability of the Webtaxi business model may be undermined because all the gains generated by the geo-localization system are unlikely to materialize.
A further advantage conferred by Webtaxi to customers is to shield the latter from the risks inherent in taxi rides, namely fare increases resulting from unexpected events. Such risks are entirely borne by the taxi operators as in case of traffic jams that stretch travelling times without customers having to face a fare increase. Again, had Webtaxi not applied the pricing algorithm a portion of such risks might have been translated to customers.
For all these reasons, the LCA concluded that the algorithmic pricing arrangement was necessary to ensure the correct working of Webtaxi. Though the challenged practice amounted to a competition restraint by object, there were no viable alternatives with the same pro-competitive effects.

d) The condition of the preservation of competition

This limb of the test requires an assessment of the competition impact of the contested agreement. The LCA estimated that only 26% of the taxis operating in Luxembourg participated in the Webtaxi platform. For this reason, the LCA ruled out that the price-fixing agreement under investigation had substantially harmed the health of competition in the relevant market.
Eventually the LCA authorized the restrictive agreement concluded between competing taxi operators examined in Webtaxi. In spite of its nature of a competition restraint by object, the agreement met all the cumulative conditions set out in Article 4 LCL. Therefore, the LCA granted the Article 4 LCL individual exemption and closed proceedings with a non-infringement decision.

The old adage that good things come in smaller packages fits well in Webtaxi. Though the decision was about the legality of a pricing model applied by platform for the booking of local taxi’s, it is worth reading for a manyifold reasons.
First, Webtaxi is the first case in which the LCA granted an individual exemption to a horizontal anticompetitive agreement pursuant to Article 4 LCL. Second, it is one of the rare cases in which an acting competition authority has granted an individual exemption to a serious competition breach, such as a price fixing practice (see, for example, AirFrance/Alitalia and Reims II) . Third, the LCA opted for a broader approach in the interpretation of the concept of the efficiency gains looking also at non-competition factors. In addition to the lowering of the taxis fares, the LCA pointed to the reduction of the environmental footprint of the activities of the taxi operators that would have positive repercussions on customers’ health (examples of agreements breaching Article 101(1) TFEU but eventually cleared by the European Commission according to Article 101(3) TFEU also on environmental grounds can be found in Exxon/Shell; European Council of Manufacturers of Domestic Appliances (CECED). Interestingly, in Utopia the LCA also relied on non-competition factors in the context of an antitrust investigation into a concentration between two movie theatres). Fourth, the LCA correctly applied an effects-based approach when assessing the competition impact of the Webtaxi’s algorithmic pricing. Taking into account the objective nature of the parameters factored in by the algorithm, the LCA arrived at the conclusion that the examined algorithmic pricing is not conducive to a price collusion. Rather, it has a pro-competitive nature favoring a more efficient mode of provision of taxi services at lower costs for customers. It should be borne in mind, however, that the feared anti-competitive effects of the agreement were rather limited. This is also, partly, due to the fact that the combined market shares of the taxi operators using the Webtaxi booking services were well below the 30% threshold over which an agreement may be presumed to negatively affect competition.

In conclusion, the takeaway lesson from Webtaxi is that, notwithstanding the growing concerns of competition authorities that see them as conducing to price collusion, pricing algorithms may also be pro-competitive. That said, Webtaxi should be read with the caveat that the LCA determined it on the basis only of national competition provisions. Because the Luxembourg taxi sector is governed by national regulation and taxi services do not affect trade between Member States, the agreement in question was outside the reach of Article 101 TFEU.