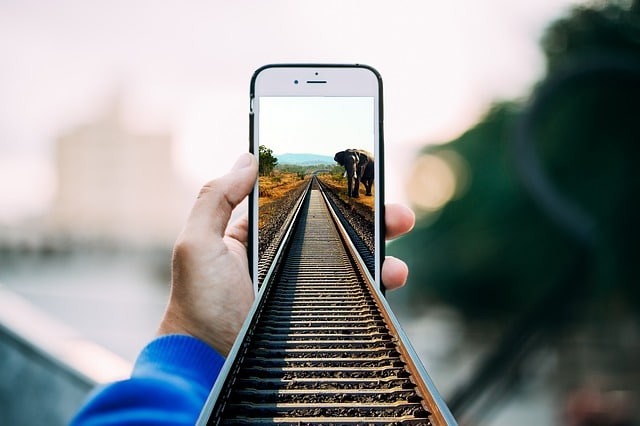 The recent cases of Lithuanian Railways and Slovak Telekom address the matter of refusal to deal. Both cases, which do not engage in the assessment of this abuse, in fact, provide important guidance on the scope of application of the essential facility doctrine for current practice that will be covered in this post.

Refusals to deal and the essential facility doctrine

Current practice has shown that there are situations in which a refusal to deal by a dominant undertaking may be qualified as abuse. Such cases are considered, however, very controversial because they intervene in a company’s freedom to use its property and choose its trading parties. An intervention of this sort that forces companies to grant access to its facilities can discourage them from investing in creating an essential facility.

Consequently, the case law addressing this matter introduced a very strict legal test for imposing an obligation to deal on a dominant undertaking. In the seminal case of Oscar Bronner it was held that: (i) a refusal is only abusive when it concerns input that is indispensable for carrying out business on a related market; (ii) the refusal can eliminate effective competition; and (iii) the refusal is not objectively justified. The strictness of the test has proven to lie primarily in the first criterion, which requires the facility to be indispensable for competing in a related market. Term indispensability was interpreted in Oscar Bronner as a situation in which there is no actual or potential substitute in existence for the facility and there are economic, legal, or technical reasons that prevent its replication.

The strictness of the refusal to supply test was intended to preserve the incentive of companies to invest in innovation and prevent free-riding. In practice, however, the demanding nature of this test has made it an attractive defense strategy for dominant undertakings that are penalized for hampering the market access of their trading parties. The recent cases of Lithuanian Railways and Slovak Telekom are examples of this defense strategy. In both cases, the concerned dominant undertakings claimed that the Oscar Bronner case law should be the assessment framework for their alleged abuse of dominance and not the respective tests used by the Commission. Although it would appear that this approach will not be successful in either case, addressing these defense arguments provides valuable insight into the application of the Oscar Bronner case law.

The case of Slovak Telekom (ST) concerns the hampering of access to ST’s local loop for telecom and Internet connectivity, which covered over 75% of households in Slovakia. The access to the local loop by alternative providers (i.e. those who do not own infrastructure) was facilitated in EU secondary regulation. According to the Commission, Slovak Telecom abused its dominant position because, contrary to its obligations under this regulatory framework, it hampered access to its local loop by (i) withholding information needed for access, (ii) reducing the scope of ST’s obligations towards alternative operators, (iii) applying unfair terms and conditions for access; (iv) applying unfair prices by way of a margin squeeze.

Throughout the entire process, ST maintained that the Commission should have applied the Oscar Bronner test to its practices regarding access to the local loop since its practice concerned a constructive or implicit refusal to deal. The Commission declined to do so (para. 363 onwards) primarily in light of the secondary legislation in place. This approach was supported by the General Court in the appeal against the decision (paras. 120, 166). Unhappy with the outcome, ST appealed the case before the CJEU where this matter was first addressed by AG Saugmandsgaard Øe, who took a different approach to this case. The AG found that the Oscar Bronner case law is not applicable to ST’s practices since these do not concern a refusal to deal at all; the matter of secondary regulation was not considered relevant (para. 101). The AG refused to entertain the idea that there could be other forms of refusal other than an explicit outright refusal to deal (para. 80-96). According to the AG, the Oscar Bronner case law should only apply to situations where a dominant undertaking refuses to make its facility available to others. Other scenarios that concern the terms of a contract regarding access fall outside of this scope. The reason for this distinction lies in the fact that the choice of making a facility available to others is protected by two fundamental rights, namely art. 16 and 17 of the Charter. Intervention with such rights should therefore be subject to a strict legal test, in this case, the Oscar Bronner test. By contrast, these rights do not protect dictating unfavorable contract terms and therefore such practice does not deserve the same protection. According to the AG, extending the scope of the Oscar Bronner case law to other abuses, because they have the effect of hampering access to the market, would entail making the Bronner test the default test for most abuses of dominance; something which was never intended to happen.

The case of Lithuanian Railways concerns access to a short rail track route between Lithuania and Latvia. Here, Lietuvos Geležinkeliai AB (LG) that manages the railway infrastructure and provides rail transports services in Lithuania was found to abuse its dominant position by removing a part of this short rail track between Lithuania and Latvia. The background of this abuse is a dispute between LG and one of its main customers, Orlen Lietuva AB, which specialized in the refining and distribution of oil. Prior to the dispute, Orlen used LG’s services to transport its refined oil from Lithuania to Latvia via a short rail route connecting the two countries and to transport refined oil from its factory to the seaport of Klaipeda (Lithuania) for export. The transport service to Latvia was facilitated by LG and operated together with the Latvian national railway company (LDZ) subcontracted by LG. Because of the financial dispute concerning the rates of LG for this service, Orlen considered contracting directly with LDZ instead. Furthermore, Orlen also considered moving its seaborne export business from Klaipeda (Lithuania) to Riga and Ventspils (Latvia). Shortly after Orlen started putting these plans into action, LG suspended all traffic on that track for safety reasons, and later on proceeded with removing the entire short rail track between Lithuania and Latvia. According to the Commission, the removal of the short rail track by LG, which was granted a statutory monopoly to manage and maintain the Lithuanian railway network, constituted an abuse of dominance. By removing the track, LG prevented LDZ from entering the market for rail transport services between Lithuania and Latvia and thus hindered competition on the market.

In its appeal before the General Court, LG claimed that the Commission had made an application error by not assessing its practices in light of the Oscar Bronner case law. The GC disagreed and dismissed ST’s arguments in this regard. The GC took a similar stance as in Slovak Telekom that is quoted (par. 92). Accordingly, since unhindered access to the national railway systems was mandated by national legislation as well and EU secondary legislation, the Bronner case law should not serve as the legal framework for the assessment of the abusive practices (para. 96-99). According to the GC, where secondary EU legislation concerning access to infrastructure is in place, the balance of interests carried out in the Oscar Bronner case law has already been made with the outcome that granting such access is mandatory (par. 92).

Implications for the application of the Oscar Bronner test

The manner in which the case-law of Oscar Bronner was addressed in Lithuanian Railways and Slovak Telekom provides very valuable guidance on how the application of the essential facility doctrine may develop. This guidance can be said to comprise two main implications:

I. Access (to a facility) mandated by (secondary) regulation falls outside the scope of Oscar Bronner

The approach of the GC in both cases shows that denying access to an infrastructure or other type of facility will be assessed in light of the regulatory framework that mandates unhindered access to such infrastructure. Failure to comply with access related obligations in such regulatory frameworks can translate into abuses of dominance when they can be attributed to dominant undertakings. Accordingly, applying Oscar Bronner test for refusal to supply can only take place in the absence of specific national or EU regulation governing matters of access.

This limitation of scope appears to be sound. If access to a facility has already been required by other regulatory tools, there is no reason to question the need for such access outside such a regulatory framework. This approach is also in line with previous case law where non-compliance with applicable various regulations was taken into account when assessing the potentially abusive nature of the dominant undertakings’ practices (e.g. AstraZeneca).

II. Only outright refusals to make facility available fall under the scope of Oscar Bronner

The findings of AG Øe in Slovak Telekom provide another filter for the application of the Oscar Bronner test that builds on the filter of regulation in Lithuanian Railways. Accordingly, applying the Oscar Bronner test requires the concerned practice to have both the form and the effect of a refusal to deal (besides an absence of regulation). Practices that have the effect of hampering access to a market but do not entail a clear refusal to make access to a facility available will fall outside the scope of the Oscar Bronner case law and will be assessed under the general framework of art. 102 TFEU and/or another specific abuse identified in this framework (e.g. margin squeeze). Admittedly, the distinction made by the AG in this regard is not always easily applicable, however, the logic behind it is sound.

Abusive practices that discourage using a facility to the point where the trading parties of the dominant undertaking are prevented from entering a market or are pushed out of it do not deserve the legal protection of the Oscar Bronner test. Such practices make up exactly the type of behavior competition policy intends to prevent. By contrast, obliging a dominant undertaking to deal (perhaps even against its own commercial interest) entails an exceptional situation where its ‘special responsibility’ goes so far as to limit the protection it would normally enjoy under of art. 16 and 17 of the Charter. The contrast between the two situations could not be any greater. Treating both scenarios similarly would, as the AG noted, greatly undermine the effectiveness of EU competition policy.

As seen above, the insights from these cases may have serious implications for the application of the Oscar Bronner case law in the future, provided they are supported by the CJEU. These insights may prove, however, to have the most value in the context of the digital economy. In this context, it would appear that the essential facility doctrine might often not even be needed when dealing with digital platforms that (may) restrict market access. Therefore, the need to modify this doctrine for the digital economy, as previously suggested by the Commission expert report, may be less urgent than initially considered. More on this next week!