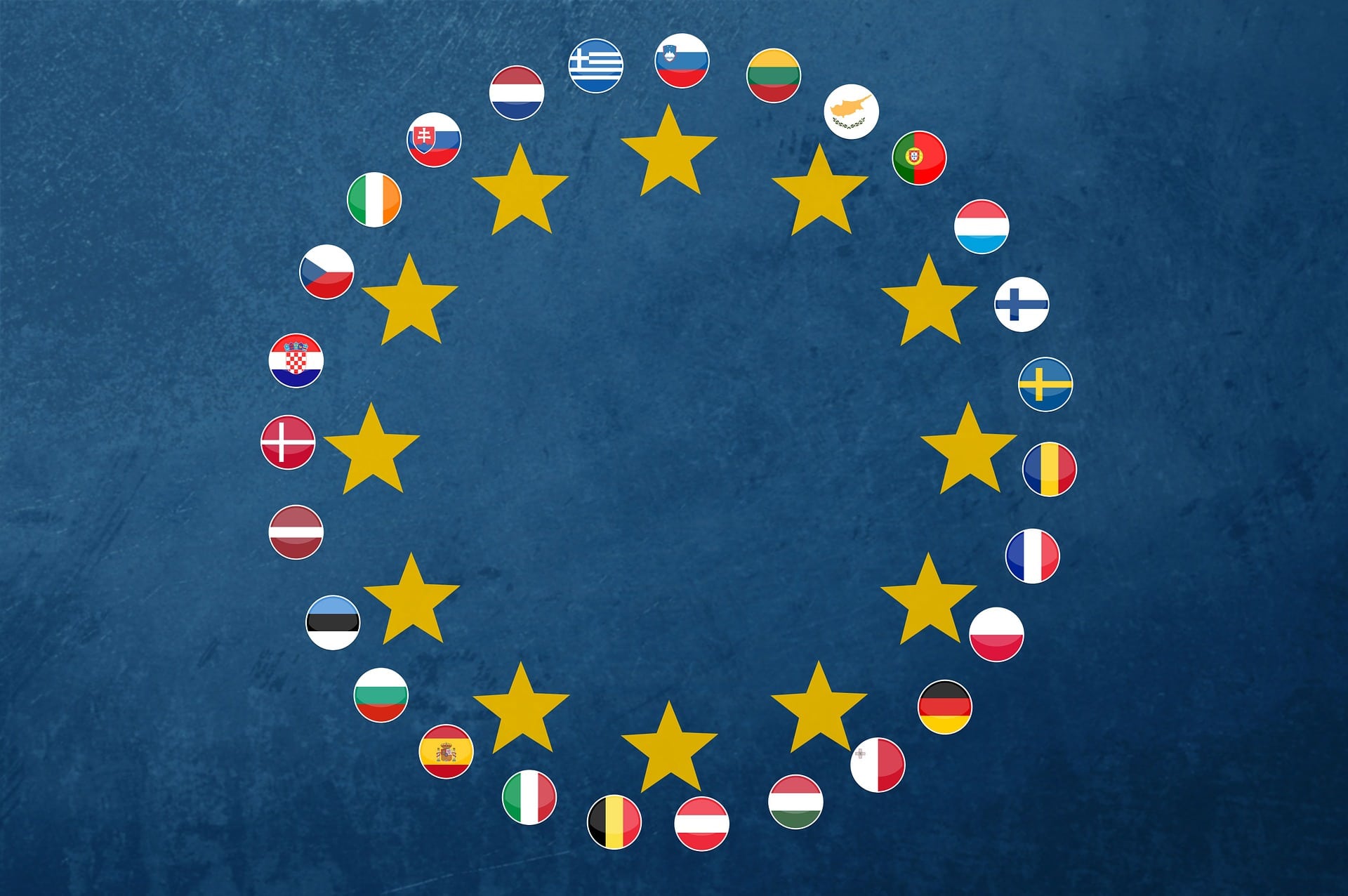 The Regulation 2019/452 establishing a framework for the screening of foreign direct investments into the Union (EU FDI Screening Regulation) was adopted on 19 March 2019 and became fully operational on 11 October 2020. Its adoption was preceded by the heated discussion on the need to reform the EU merger control framework, which according to some stakeholders, should be able to take into account the competitive advantages of the foreign state-owned enterprises and not prevent the Member States from promoting their own “national champions” that could effectively challenge their foreign competitors on the global markets. The EU Commission was opposed from the outset to the potential “politicization” of the EU merger control and was seeking for alternative regulatory frameworks that could address the above-mentioned concerns. Among the reasons for implementing the EU FDI screening, the EU Commission noted in its proposal the “series of take-overs of European companies involved foreign investors with strong ties to their home governments which strategy focus on the purchase of European companies that develop technologies or maintain infrastructures that are essential to perform critical functions in society and the economy”.

Issued in the midst of the COVID-19 pandemic, the Commission Guidance to the Member States concerning FDI, free movement of capital from third countries, and the protection of Europe’s strategic assets, ahead of the application of the FDI Screening Regulation has urged the Member States “to set up a full-fledged screening mechanism and in the meantime to use all other available options to address cases where the acquisition or control of a particular business, infrastructure or technology would create a risk to security or public order in the EU, including a risk to critical health infrastructures and supply of critical inputs”. The Member States have reacted to the Commission’s call by expanding the existing and adopting new FDI screening legislation.

The Commission’s officials have repeatedly distinguished merger control and the FDI screening as the former focused on the competitive assessment of the notified acquisitions while the latter was grounded on national security considerations. Nevertheless, when implementing the cooperation mechanism provided for in the EU FDI Screening Regulation, the Member States have engaged their national competition authorities (NCAs) in the process of FDI screening along with their existing competences in the field of merger control. The present post analyses the regulatory frameworks integrating the NCAs into the FDI screening procedures and identifies the possible consequences stemming from the ensuing overlaps between merger control and FDI screening regimes.

In Portugal, the national regime for the FDI screening was established by the Decree-Law 138/2014, which authorizes the Government to intervene ex post by investigating the completed investments on the grounds of national security or provide an ex ante opinion upon request of the foreign investor on whether the planned investment would be objected on security grounds. As the definition of the FDI is linked to the definition of “concentration of undertakings” under the Portuguese Competition Act, it makes the Portuguese Competition Authority a natural addressee of the Government’s requests for information in relation to the implemented or planned FDI projects.

In Romania, the proposed amendments to the current FDI screening regime also attribute an important role to the NCA – the Romanian Competition Council (RCC). Under the current FDI screening regime, the RCC has a duty to report to the Supreme Council of the State Defense (SCSD) any notified economic concentrations that may present a risk to the national security. If the SCSD confirms the existence of such risks, it will recommend to the Government the prohibition of the notified concentration, which would effectively terminate the merger control proceedings administered by the RCC. Under the proposed amendments, the RCC will be designated as a point of contact under Article 11 of the EU FDI Screening Regulation. The FDI screening competences will be transferred from the SCSD to the newly established Commission for the Screening of the Foreign Direct Investments (CSFDI), which will include representatives from various state authorities, including the RCC. The RCC will serve as a secretariat of the CSFDI without having a right to vote at the SCFDI meetings. It will forward to the SCFDI all notifications concerning FDI in certain sectors provided the value of the FDI reached EUR 2 million.

In the United Kingdom, the current FDI screening regime is also linked to the “relevant merger situation” under the Section 23 of the Enterprise Act 2002, which is subject to merger control assessment by the national competition authority – the Competition and Markets Authority (CMA). The recent legislative amendments have reduced the turnover thresholds from GBP 70 million to GBP 1 million in the sectors covered by the FDI screening. The foreign investors can notify the covered transactions voluntarily or risk the ex post investigation by the CMA or the Secretary of State. The latter may intervene if it considers that the merger affects national security. As a result, while the CMA is directly involved in the procedure of the FDI screening, the decision-making powers remain with the government.

In Poland, the implementation of the EU FDI Screening Regulation has led to substantial amendments to the existing FDI screening regime, which required the Government’s approval of foreign investment into certain Polish companies. The 2020 amendments have expanded the FDI screening to the whole economic sectors provided that the Polish company that is targeted by the FDI realizes a turnover of EUR 10 million in any of the two financial years preceding the notification. The expected increase of the workload related to the handling of the FDI notifications has been addressed by the Polish legislator through designation of the Polish NCA – the Office of Competition and Consumer Protection (UOKiK) – as a “competent authority” for FDI screening. However, unlike the other Member States, Poland decided to accord its NCA with the decision-making powers in relation to the FDI screening on the grounds of national security. It should be noted that the UOKiK has been already authorized by the Competition Act, to consider “public interest” in the merger control assessments. The legislative amendments have thus extended the UOKiK’s public interest assessment into the sphere of FDI screening.

Currently, the above mentioned examples of the NCAs’ involvement in the procedural and even decision-making activities in the FDI screening on the basis of national security are few in number as by 28 September 2020 only half of the Member States have notified their national FDI screening regimes under the EU FDI Screening Regulation. Nevertheless, based on the above examples, it could be expected that some Member States may decide to delegate FDI screening investigations to their NCAs, which are already involved in the process of investigating merger notifications under their national competition laws. This engagement of the NCAs in the process of the FDI screening could have unintended consequences, especially if no adequate procedural safeguards are in place to ensure clear separation between merger control and FDI screening functions of the NCAs, at least at the level of deliberation and decision-making. For instance, the NCAs may be tempted to oppose the concentration under the FDI screening regime in cases where it does not have sufficient evidence of an anti-competitive scenario or may be not able/not willing to use public interest considerations that some Member States allow under their merger control regimes. The involvement of the NCAs in the FDI screening process may also become relevant when negotiating remedies and pursuing various industrial policy goals. While under the merger control regimes, the remedies should be aimed at addressing specific anti-competitive concerns, the FDI screening regime would create a wider room for bargaining and include various non-competition considerations. It should also be added that the NCAs’ involvement into the FDI screening process may be subjected to a more lenient judicial review considering broad discretionary powers of the state in the matters of national security and public order.

While the FDI screening could be used as a legitimate regulatory framework for the protection of national security and other public interests, these considerations should be institutionally and procedurally separated from the competitive assessment under the merger control regime in order to avoid the “politicization” of the merger control, which was among the objectives for the adoption of the EU FDI Screening Regulation.