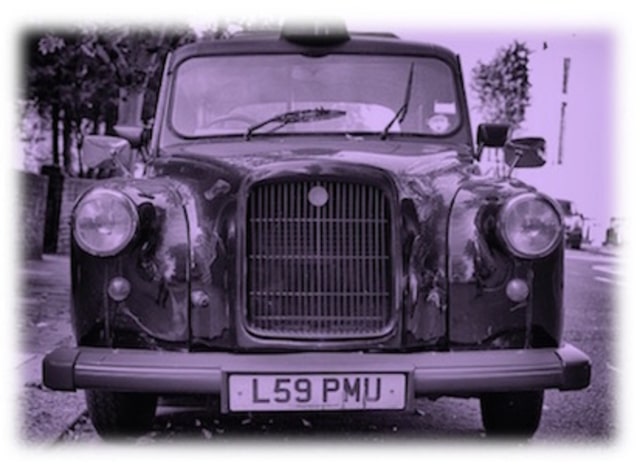 A detailed note on Case C-518/13 The Queen, on the application of Eventech Ltd v The Parking Adjudicator (judgment of 14th January 2015)
An enduring feature of EU law is that it may be used in an opportunist manner in some of the lowest tribunals in the EU to create challenges to national rules and policies. This was how the Eventech case arose. But the case has not made an impact upon the established case law on State aid, or focused attention upon the effects of regulatory rules, instead retreating into a comfortable form-based approach towards State aid.

In London bus lanes may be used by the traditional “Black Cabs” to transport fares but also to pick up fares through the process of “hailing a cab”. Evidence produced before the High Court in London revealed that in a 2009 survey only 8 % of Black Cab journeys were pre-booked’ (AG Wahl Opinion, para 19). The regulatory rules imposed by Transport For London did not allow other taxi companies (“minicabs”), to use the bus lanes or ply for trade. This was because Black Cabs were under an obligation to be recognisable, be capable of carrying persons in wheelchairs, to set the fares by meters and to have a thorough knowledge of the City of London. This is a policy used in other major cities for registered taxi companies and is regulated by local authorities and is often endorsed by consumer groups to protect the safety of passengers. In London Black Cabs do not pay for this exclusive right, but obviously incur costs in meeting the criteria to be classified as a “Black Cab”.

AG Wahl noted that ‘taxis and PHVs are engaged in fierce competition with each other across Europe, and London is not the only city where conflicts have arisen’. This system of traffic control is increasing being challenged by calls for de-regulation as new taxi services are emerging, employing new technology to make taxi bookings using apps, smart phones and the internet. For arguments against de-regulation see L Eskenazi, ‘The French Taxi Case: Where Competition Meets—and Overrides—Regulation’ in the Journal of European Competition Law & Practice here (subscription required).

The case began with a fine imposed upon Eventech (a private hire taxi company, a subsidiary company of Addison Lee) when Eventech had deliberately used the bus lanes on Southampton Row in London. Addison Lee had wanted to challenge the exclusive rights of Black Cabs in time to offer a competitive taxi service for the London Olympics. An appeal against the penalty fine was made to the Parking Adjudicator in August 2011 and this was refused, as was an application for judicial review of this decision by Burton J in July 2012. On appeal to the Court of Appeal a mixture of EU free movement and State aid issues were raised: was the Transport for London policy a breach of the freedom to provide services under Article 56 TFEU?; did the policy breach the EU principle of equal treatment? Was the policy a breach of the EU State aid rules? On the State aid point the Court of Appeal raised the question of whether the exclusive right of the Black Cabs to use the bus lanes was the use of State resources. Thus questions were referred to the CJEU on issues relating to State resources, selectivity, whether the rules were proportionate and whether the policy was liable to affect trade between the Member States.

AG Wahl concluded that an analogy could not be drawn with the ruling in NOx, [Case C-279/80P Commission v Netherlands [2011] ECR I-551]. That “releasing” Black Cabs from an obligation to pay a fine for using the London bus lanes does not give rise to a transfer of State resources. The AG argued that regulating public infrastructure does not normally engage the State aid rules but the State should ensure that infrastructure is available on an equal and non-discriminatory basis. The AG found that Black Cabs and minicabs are not in a comparable situation in all respects, since although both could find clients through pre-bookings, but only Black Cabs could use the bus lanes to ply for trade. This would be the pivotal question: whether State resources are at issue. The CJEU agreed with the submissions made by the Commission and the EFTA Surveillance Authority that where the State is pursuing an objective, laid down in legislation, grants a privileged access to public infrastructure which is not operated commercially by the public authorities to users of that infrastructure the State does not necessarily confer an economic advantage for the purposes of Article 107(1) TFEU. [CJEU judgment, para 48]. This reasoning is confusing since the Black Cabs are given exclusive, privileged rights to commercially exploit their trade by free access to the infrastructure, created through State resources, at the expense of competitors. Yet the CJEU creates an artificial boundary which ignores the effects of the Transport for London policy:

“[I]t is common ground that the right of privileged access is the right to use bus lanes; that that right has an economic value; that the right is granted by the competent traffic authority; that it is stated in the relevant road traffic legislation that the objective pursued by the legislation at issue is that of ensuring a safe and efficient transport system; that neither the road network concerned nor the bus lanes are operated commercially; that the criterion for granting that right is that of providing taxi services in London; that that criterion was established in advance and in a transparent manner and, last, that all the providers of such services are treated equally” [para 50].

On the question of selectivity the CJEU held that this would normally be a question for the national court to decide, but in this case there was sufficient information before the Court to give guidance. In paras 60 and 61 of the judgment the CJEU concludes that Black Cabs and minicabs are in different factual and legal situations and thus the Transport for London policy does not confer a selective economic advantage on Black Cabs. Having come to this conclusion the CJEU did not consider it necessary to consider the proportionality of the measure.

The EFTA Surveillance Authority had made submissions in the case urging the CJEU to depart from the established case law [Case C-280/00 Altmark [2003] ECR I-415] that there is “no threshold too low” to meet the requirement of an effect on inter-State trade. But the AG had stated that this was perhaps premature, and this view is confirmed by the CJEU:

“… it is conceivable that the effect of the bus lanes policy is to render less attractive the provision of minicab services in London, with the result that the opportunities for undertakings established in other Member States to penetrate that market are thereby reduced, which it is for the referring court to determine.” [para 71].

Anyone who has hailed a Black Cab in London [and is over the age of 30] will probably revel in the nostalgia of this ruling. It takes a protective review of State regulation – and the building of infrastructure funded by the State – as having few economic consequences for the competitive use and modernisation of activities. And yet as John Fingleton has recently reminded us it may be necessary to extend competition rules to tackle pervasive state regulatory barriers to trade and growth. [Can Competition Policy Drive Growth in Europe? Click here for a PDF version of the article]

Eventech also stands as a judgment of the CJEU oblivious to the developments elsewhere in competition law of using the competition rules, especially Articles 102 TFEU and Article 106 TFEU, to challenge regulation by the State [see for example, Case C-41/90 Hofner v Macrotron [1991] ECR 1979; Case C-553/12P DEI, judgment of 17 July 2014] that stands in the way of modernisation, liberalisation and experimentation within competitive markets.