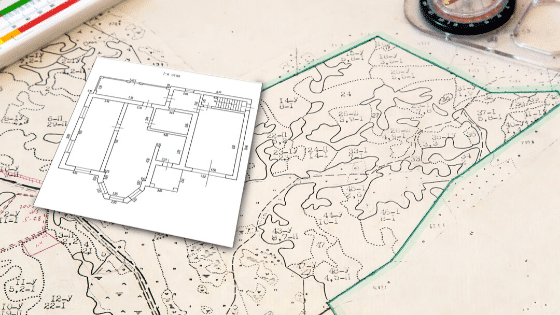 The previous posting examined a case where the European Commission applied the Market Economy Investor Principle [MEIP]. This is the principle that is used to determine whether there is state aid in commercial transactions between public authorities and undertakings.

According to Article 345 of the Treaty on the Functioning of the European Union [TFEU], the European Union is neutral with respect to the systems of property ownership in the various Member States. In practice this means that the EU does not discriminate in favour or against State-owned or private undertakings. A consequence of the neutrality stance of the EU is that in the eyes of EU law State-owned undertakings enjoy no special privilege. This is good because it prevents the State from favouring the undertakings it owns or otherwise controls.

However, the fact that the EU does not prevent Member States from owning undertakings also causes major headaches for the Commission because it cannot simply presume that capital injections or corporate acquisitions by the State distort competition. The Commission has to prove that the State distorts competition by acting differently than the typical market or private investor.

Commercial transactions between the State and undertakings are not limited only to capital injections and acquisition of shares. There are other kinds of transaction involving public authorities and undertakings as counterparties such as the sale of public assets. In this instance the criterion that is used by the Commission to determine the existence of aid is that of the Market Economy Vendor Principle [MEVP]. Just like in the case of MEIP where the question is whether return on investment is comparable to that required by the market, in the case of MEVP the question is whether revenue from the sale is also comparable to market level.

In 2004, the Dutch municipality of Leidschendam-Voorburg and real estate developer Schouten-de Jong Bouwfonds [SJB] set up a public-private partnership [PPP] to prepare land for a housing project. The PPP was set up in the context of a plan to redevelop the city centre. The PPP was owned 50/50 by the municipality and SJB and decisions were taken by unanimity. That is, each partner could exercise a veto. Subsequently, the municipality sold via the PPP public land to SJB. The sale agreement was concluded in 2004, but eventual payment was made in 2010. However, the price that was eventually paid was lower than the agreed price. In addition, certain fees linked to the transaction were waived. The reason for the lower sale price and the waiving of the fees was that in the meantime, as a result of the financial crisis, the price of houses that were being built also declined.

Following a complaint, the Commission opened the formal investigation procedure and in early 2013 decided that the municipality did not act as a market economy vendor, the land sale contained State aid and that the aid was incompatible with the internal market and had to be recovered.[1]

Application of the MEVP to determine the existence of State aid

The Commission began its assessment by examining the relevance of the fact that payment was finally made seven years after the agreement was concluded.

The Commission acknowledged that it was customary in Dutch construction contracts that developers could make payments for the land they purchase only when enough houses are presold. For this reason the agreement for the land sale in question included a provision for a 2.5% annual increase in the initial price until payment would be made. The Commission did not, therefore, attach any significance to the delay in payment.

This demonstrates that the existence of advantage has to be considered within the prevailing legal system of the country concerned. An unusual practice in one country may be standard in another and vice versa.

Then the Commission applied the four criteria of Article 107(1) TFEU. With respect to the transfer of state resources and imputability of the measure to the State, the Commission concluded that sale at a lower price meant loss of potential revenue. In addition, the loss could be imputed to the State because, although it was the PPP that sold the land, the municipality had the right of veto and any decision of the PPP had to be taken by unanimity.

There was no doubt that the measure was selective and that it could affect trade and distort competition. Even though the project was local, there was active cross-border trade in the construction sector and SJB itself operated in other Member States.

The decisive element in this case was whether SJB obtained an advantage. In this respect the Dutch authorities proposed that the value of the land could be calculated by subtracting construction costs, profit and a risk provision from the value of the houses built on it. In other words, the proposed formula was:

The Commission rejected this ex post valuation method because it derived a “residual” value of land. The Commission explained that according to its Communication on Sale of Public Land,[2] there are two methods that create a presumption that land transactions do not contain State aid:

However, following the judgment of the Court of Justice of the European Union in case C-239/09, SVA, paragraph 39, it cannot be concluded that other methods of sale necessarily contain State aid.[3] In other words, when a public authority uses an auction or ex ante independent valuation, it does not have to prove that its sale is free of State aid. However, if it uses a different method then it has to prove that the sale does not contain State aid.

So, the Commission explained that the method proposed by the Netherlands did not eliminate advantage because it started from the price of houses which was depressed by the crisis. A private vendor of land is not concerned about, nor is it liable for a decline in the value of the land after it is sold. The proposed method was transferring part of the loss from the reduction in house prices from SJB to the municipality. For this reason the measure was not MEVP compliant.

Next the Commission rejected the Dutch argument that the reduction of the sales price and the fee waiver were intended to facilitate completion of the project. Again, following the same logic as above, the Commission pointed out that the municipality was involved only at the level of ground preparation. Its liability ended at that point. Therefore, there was no need for it to share with SJB the loss from the subsequent decline in the housing market. If it did, then it would have to be compensated but it was not.

This reasoning is impeccable. A private investor or private vendor is not concerned about the value of his assets after the moment it sells them to a third person. Moreover, a private investor or vendor would not take on any additional risk without adequate monetary or otherwise compensation.

The Commission calculated the gross-grant equivalent of the State aid involved in the land sale to be EUR 6.92 million. For that purpose it used the following formula:

The next step was to determine the compatibility of the aid with the internal market. Since none of the guidelines applied to this measure, it was assessed directly on the basis of Article 107(3)(c).

It was found not to serve an objective of common interest because the Netherlands did not show that the project was in a deprived urban area.

It was not an appropriate measure because, in response to demands from other developers for lower prices, the municipality refused and instead changed the initial planning. This proved to the Commission that measures other than State aid were available.

A finding of incompatibility was unavoidable and the Commission ordered the Netherlands to recover the aid within four months of the date of its decision.

This is a classic example of how public land should not be sold. If public land is sold through irregular procedures, they may confer an advantage to the purchaser. Then the compatibility of such aid is likely to be very difficult to prove in most of the old Member States which do not have assisted areas or will lose their assisted areas in the next period 2014-2020.

[3] Case C-239/09, Seydaland Vereinigte Agrarbetriebe GmbH & Co. KG v BVVG Bodenverwertungs- und -verwaltungs GmbH. It concerned aid granted by Germany for the acquisition of land in the framework of a programme for land privatisation and restructuring of agriculture in the new Länder.