You are here: Lexxion > State Aid Blogs > State Aid Uncovered > The Curious Case of Applying the Market Economy Investor Principle to a Monopoly 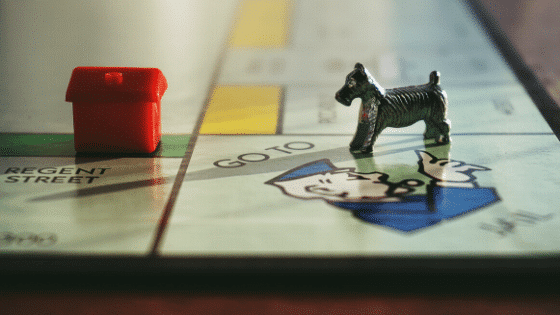 On 3 October 2012, the European Commission concluded, in case SA.33988, that OPAP, the Greek operator of games of chance received no state aid because the Market Economy Investor Principle applied.[1] At first glance there is nothing unusual about a finding of no aid. But, as always, the devil is in the detail. OPAP holds the exclusive rights to organise various games of chance such as lotteries and betting on the outcome of football matches. In return it pays a fee to the Greek state. According to the Commission, the exclusive rights resulted in no advantage in the meaning of Article 107(1) TFEU because OPAP paid a licence fee that did not allow it to earn more than the “average” company.

The MEIP compares the situation of a particular company to that of a typical market operator. If a public authority enters into a transaction with, say, company A that is more advantageous to that company than the outcome of the same transaction with the average company on the market, then company A has obtained an advantage in the meaning of Article 107(1). Such an advantage means a benefit that company A would not have been able to enjoy under normal market conditions.

The formula that is applied by the Commission compares the expected profitability or return on investment in company A with the return that a private investor would demand in order to make that investment. The return that company A is expected to generate depends on the future stream of revenue from sales of its goods or services. This future stream of revenue has to be discounted to the present day to derive its “net present value” NPV using an appropriate rate of discount. This rate is also called the “internal rate of return” (IRR).

The IRR is the rate that makes the NPV of a project or investment equal to zero. In corporate finance the IRR is regarded as the “cost” of capital for company A. This is because the cost of capital can also be thought of as a “compensation” for the private investor for the risk it assumes every time it makes an investment. There are two components to that compensation. The first is the loss of potential profit or return from not investing in alternative projects. A proxy for this potential loss is the yield on a safest investment which normally is a long-term government bond. For example, the yield on a 10-year German government bond is less than 2%. The low return indicates that investors regard it as one of the safest investments in Europe. By comparison the yield on a 10-year Greek government is above 10% and at the height of the current financial crisis it had reached over 20%.

The second component concerns the additional risk assumed by a private investor whenever it invests in a specific company. A company is normally always riskier than a government.

The IRR is calculated by discounting future revenue. The accuracy of the derived rate very much depends on the accuracy of predicting future revenue. In the case of OPAP, this was not particularly difficult because the market for games of chance is fairly stable. OPAP knew its market well as it had been organising games of chance for several decades.

By contrast the cost of capital of OPAP required a calculation of the return that the average investor would demand.

The Commission took into account a “well-documented” comparative study (not revealed for being business secret), based on the Capital Asset Pricing Model, which indicated that the Weighted Average Cost of Capital of OPAP would range between certain values (business secret). The Commission considered that that range corresponded to the maximum Internal Rate of Return (IRR) that could be left to OPAP as a “reasonable” return to avoid granting to it any economic advantage.

The Commission argued that “the presence of an economic advantage can only be excluded if the Greek State, when granting or extending exclusive rights to operate games of chance and gaming machines under the relevant arrangements, i.e. the Addendum and the VLT Agreement, leaves OPAP with the minimum return necessary for an average company to cover its operational and capital costs. By allowing OPAP to keep only such reasonable return out of the revenues generated by the operation of the games and the gaming machines, the State will ensure that the operator does not earn more (in terms of return rate) than in a normal market situation.” [Paragraphs 28-29] (emphasis added)

This case is curious because the Commission has used an approach that explicitly takes into account investment risk. Yet, OPAP was a legal monopoly. The market risk was lower if not zero. It is well-established in the case law that the presence of competition creates risk. It follows that the absence of competition must reduce risk. But if an investor in OPAP would face lower risk than otherwise, the profit or return demanded by such an investor should also be correspondingly lower. The Commission took the “average” company as a benchmark in order to determine the required cost of capital of OPAP. This must have exaggerated the cost of capital for OPAP and therefore the rate of profit that OPAP could keep. It appears that OPAP enjoyed an advantage it could not otherwise obtain from the normal operation of the market.

[1] State aid case SA.33988: Extension of OPAP’s exclusive right to operate 13 games of chance and the granting of an exclusive licence to operate Video Lottery Terminals.