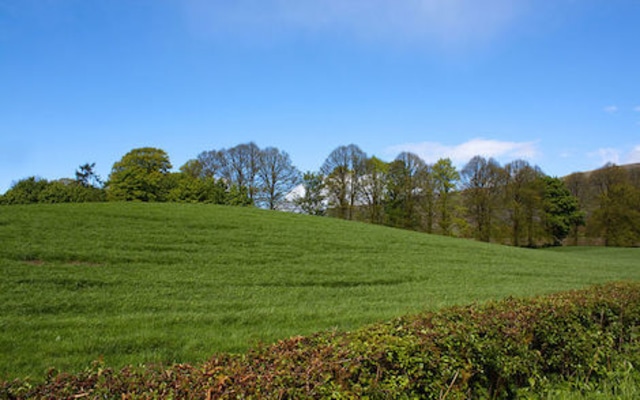 This note takes a look at the Opinion of AG Cruz Villalón, delivered on Tuesday 17th March (not available in English at the time of posting).
In his 80 paragraph Opinion the AG proposed that the CJEU reply to the preliminary reference question from the German Bundesgerichtshof as follows:Article 107 TFEU should be interpreted to mean that a rule of national law having the purpose of improving agricultural structures which prohibits a body of the State from selling through a tender procedure agricultural land to the highest bidder where the best bid is disproportionate to the value of the land can only escape a categorisation as State aid if that value is as close as possible to the market value. This estimation of the market value must take into account the prices proposed in the course of the procurement.

The case arose after Thomas and Ursula Erbs won a public tender by placing the highest big and were transferred 2.6 hectares of agricultural land from Bodenverwertungs- und -verwaltungs GmbH (BVVG) for a sum of €29,000. The notarial deed was concluded on 31st March 2008, however on 5th June 2008 the Landkreis Jerichower Land (the local authority) declined to authorise the sale agreement on the basis that the price was disproportionate to the value of the land sold.

The Erbs’ brought an action against this decision, which was dismissed at first instance and on appeal; in particular, the appeal court found the price to be disproportionate since an expert report indicated that the market value of the agricultural land was €14,168.61 looking at other sales made previously by BVVG or €13,648.19 not taking these sales into account. The sale price exceeded both these figures by more than 50% and thus could have adverse effects on agricultural structures; one farmer testified to the effect that he did not participate but would have been prepared to acquire the land at up to 50% of the market value, and also that the Erbs’ are not professional farmers.

The Bundesgerichtshof referred a question to the CJEU asking if Article 107 (1) TFEU precludes a national standard, which for the purposes of improving agricultural structures , prohibits an emanation of the State such as BVVG to sell to the highest bidder, as part of a public tender, agricultural land for sale where the best deal is largely disproportionate to the value of the land.

The AG first underlines that the European Commission alone can rule on the compatibility of a national measure with Article 107(1) (para 21). However a national court may ask the CJEU for an interpretation of the concept of aid to identify whether a national measure can be classified as State aid (para 23). The AG as such proposed a reformulation of the question, to account for this (para 27).

The AG then goes on to examine the contested provision. This allows local authorities to oppose the sale of agricultural or forestry land concluded in the framework of public procurement procedures when they believe that the agreed price is grossly disproportionate to the market value (para 28). Such approval is required when the BVVG (an entity of private law) is party to sale to a private individual. Where, as in the case at hand, the BVVG conducts a sale of land that was formerly State property and transfers the proceeds of the sale to the federal budget, this may involve State resources and therefore would be likely to meet the provisions on State aid in the Treaty (para 32).

The AG then notes that the sale can be opposed only when the price is disproportionate to the market value, but that the term ‘grossly disproportionate’ is not defined. The difference of 50% is a particularly wide disparity, however, in order to assess the classification under Article 107 it is necessary to look more closely at the provision and the conditions for its implementation. According to the AG, the appreciation of the disproportionate nature of the price offered as part of a tender process is not the same where this procedure has attracted only one bid, a very small number or a large number of bids.

The referring court drew attention to the ‘uniqueness of the situation’, where the refusal to authorise the sale does not put an obligation on BVVG to sell the land to a professional farmer who expressed interest in it;as such, it cannot be considered that there was a sale at a price below the market price as determined through the tender and so there could be no State aid. The AG agrees that since the sale was not to the professional farmer for a lower price than the highest bid, there can be no provision of aid (para 44). However, it is not the sale that is at issue in the main proceedings but the refusal of authorisation with the BVVG specifically raising the question of whether the provision of German law leads to qualifications as State aid.

Getting to the heart of the question, the AG highlighted that the court has already found that where national law establishes rules for calculating the market value of land for sale by public authorities, the application of these rules must, in view of their compliance with Article 107 TFEU lead in all cases to the closest possible price in the market value (Seydaland Vereinigte Agrarbetriebe (US: C: 2010: 778, paragraph 35)). The AG is clearly sceptical of the precision with which the provisions of the German law are invoked: Regards the system for determining the market value of the land, this is not defined in the German law, nor were the parties nor the national court very clear on this (paras 56-59). In any case, the AG asserted that there can be no douobt that State resources could be at issue insofar as there could be a loss of state revenues due to the refusal of authorisation of the land transfer. The application of the provision of German law may therefore ‘mechanically lead to a waiver’ of state resources to the tune of the difference between the price assessed by the competent local authority and the highest price offered in the course of the tender (para 60).

Assessment of the market price?

Again referring to Seydaland Vereinigte Agrarbetriebe, the AG recalls that the Court found that the methods of highest bidder and expertise were likely to provide prices that correspond to real market values, although other methods could also be used. In the present case, the methods for assessing the market price are not very clear and in any case it is for the national court alone to assess if the methodology complies with the EU law stemming from jurisprudence and the 1997 Communication on State aid elements in sales of land and buildings by public authorities (para 66).

The AG nonetheless elaborates further. He says that in an open and unconditional tender process, the bids offered indicate the most reliable and up to date market price. As such, the market value of a property when determined by a local authority or experts can only be as close as possible to the market value where the methodology takesinto account all the prices offered in the course of the tender. Accoriding to the AG, it is conceivable that a situation may arise where the highest bid is close to the majority of other bids, but significantly higher than proposed price and the estimated value. Here the highest bid is likely speculative and the estimated value is in line with the market price, so the application of the provision of German law would not contain a state aid element (para 71). Alternatively, the highest bid could be close to the other bids, but significantly less than the market value. In such a case you could hardly assume that the estimated market value is equal to the market price, and it might therefore be assumed that the contested provision contains elements of State aid (para 72). Therefore, the competent authority and/or the national court must examine whether the conditions for applying the contested provision are satisfied and make an assessment of the disproportionate nature of the higest bid in comparison to the estimated value. In doing so they must take into account the circumstances of each case and in particular the structure of the prices offered.

Finally the AG offers his opinion on cases where the tender procedure results in a single offer. Here, the evaluation methodology is of ‘decisive importance’. The assessment is to be made by the referring court, but the AG points towards the ‘Vergleichpreissystem’ developed by the BVVG and notified by the Federal Republic of Germany to the Commission.

The AG concludes by recalling that a measure is deemed selective if it affects an entire sector, favours certain companies over others in a comparable situation and this is not justified by the general scheme or nature of the system.The application of the provision of German law at issue may encourage qualified farmers who, seeing agricultural land for sale advertised by the BVVG have the opportunity to make a purchase at a price that is lower than the highest bid (or even lower than all bids) (para 78).

The AG concludes that Art 107 must be interpreted as meaning that national legislation such as that at issue, which allows,a state institution acting with the aim of preserving agricultural strucutres to refuse authorisation of a sale to the higest bidder where that bid is grossly disporoptionate to the estimated value of the land only escapes a categorisation as State aid if this is as close as possible to the market value. taking into account the prices offered in the tender. It is for the national court to determine if such a national provision meets these requirements and if its practical application is likely to result in setting a price that differs from the market value.

Will the CJEU follow suit? Got comments or critiques of the AG’s Opinion? Why not write a post for the Hub! You can send your thoughts to stateaidhub[at]lexxion.eu or contact us for more information.