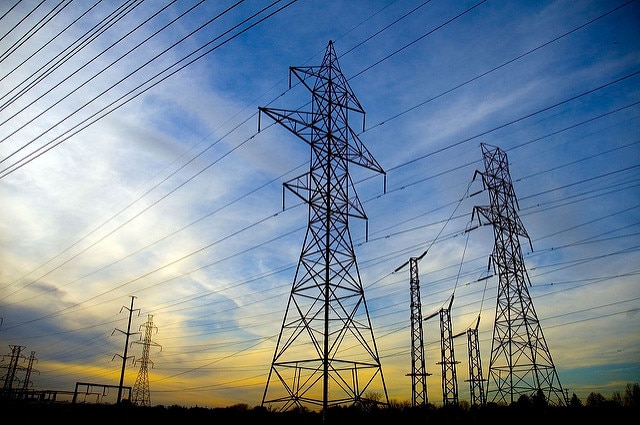 Today we are glad to welcome Nevin Alija to the State Aid Blog. She is a PhD Candidate at the Católica Research Center for the Future of Law of the Católica Global School of Law, Universidade Católica Portuguesa. In this blog post she examines case C-329/15 ENEA SA w Poznaniu v Prezes Urzędu Regulacji Energetyki. Thank you, Nevin, for sharing your thoughts with us. We wish you a happy reading!

This short note examines the opinion of the Advocate General in case C-329/15, a request for preliminary ruling addressed to the Court of Justice by the Supreme Court of Poland (Sąd Najwyższy) in proceedings between ENEA S.A. (‘ENEA’) and the president of the Urzędu Regulacji Energetyki (Office for the regulation of energy, ‘URE’) on the imposition by the latter of a financial penalty on ENEA for breach of its obligation to supply electricity produced by cogeneration with the production of heat (‘electricity produced by cogeneration’).

ENEA is an undertaking owned by the Polish State, producing, marketing and selling electricity. The president of the URE by the decision of 27 November 2008 imposed a financial penalty on ENEA because it had breached the obligation to buy electricity produced by cogeneration in 2006, as provided for under Article 9a(8) of the Law on Energy. The quantity of electricity produced by cogeneration, purchased and resold by ENEA to customers for their own use, in the course of 2006 amount to less than the 15% quota required by Article 5(2) of the implementing regulation. The quota could be achieved by production of electricity cogeneration within the undertaking itself or the purchase of such electricity by third party producers. Though there is no lowest price requirement, the maximum price that the electricity providers are entitled to charge final users is determined by the President of the URE.

Following appeals the case was presented before the referring court, which has referred three preliminary questions to the Court of Justice:

‘1. Must Article 107 TFEU be interpreted as meaning that the obligation to purchase [electricity produced by cogeneration] as laid down in [the national provisions] constitutes State aid?

2. If the answer to the first question is affirmative, is Article 107 TFEU to be interpreted to the effect that an energy undertaking treated as an emanation of a Member State, and bound to perform the obligation classified as State aid, may in proceedings before a national court rely upon infringement of that provision?

3. If the answers to the first two questions are affirmative, is Article 107 TFEU, read with Article 4(3) TEU, be interpreted as meaning that the non-compliance with Article 107 TFEU of the obligation arising from national law means that a financial penalty may not be imposed on an undertaking that has failed to perform that obligation?[1]’

3. The Opinion of the Advocate General

Article 107 (1) TFEU sets three necessary criteria in order to measure that there is a State aid: (1) an advantage ‘in any form whatsoever’ (2) affecting trade between Member States and that (3) the advantage has been given ‘by a Member State or through State resources’.

First, the AG addressed the characteristics of the national rules at issue by differentiating that the obligation in Article 9a (8) must be classified not as an ‘obligation to purchase’ but as a ‘supply obligation’ in regard to electricity produced by cogeneration.[2] On the quota set for companies the AG  points outs after a thorough analysis that it can be reduced to the fact that ‘15% of the electricity sold annually to final users must come from electricity produced by cogeneration’. The only rule that the purchase of electricity produced by cogeneration is subject to is the one in the measure at issue. It was also provided for the President of the URE to impose a financial liability to those companies that do not fulfil their obligation. The intervention of the Polish State into the market of electricity apart from setting the above-mentioned obligation included a second step where it could determine a maximum price for the sale of electricity to final users. Despite ENEA’s capital being State-owned, the company has acted no different than any other entity of private capital as shown by the fact that it rejected offers for sale due to the excessive price and that it had signed contracts which would have helped it achieve the set quota.

Secondly, the AG reiterates the settled case law in Essent Netwerk Noord and Others[3] that regards as aid ‘measures which, whatever their form, are likely directly or indirectly to favour certain undertakings or are to be regarded as an economic advantage which the recipient undertaking would not have obtained under normal market conditions’.[4] The Advocate General differentiates the case in the main proceedings with the case law; however, as there is a lack of a minimum price set for the purchase of electricity produced by cogeneration. In paragraph 42 of his opinion, the AG stresses that the price is not subject to a lower threshold and the purchase price would be decided by the parties concerned in the transaction.

The lack of the minimum price is seen as weakening the selective advantage but at the same time the intention of the measure was to increase the demand for a certain product that would not have been achieved if left under normal market conditions. This intervention resulted in an increase of  sales and the sale price of the product strengthening the position of the producers.

The Advocate General deduces that ‘by altering normal market conditions in favour of the producers of electricity by cogeneration, the supply obligation confers on the latter an advantage within the meaning of Article 107(1) TFEU’.[5]

Thirdly, in order for the measure to constitute State aid the advantage conferred has to be financed directly or indirectly through State resources and it has been interpreted by the Court[6] in previous cases that it also must be attributable to the State. Contrary to the views expressed by ENEA and the Commission, the Advocate General is of the opinion that despite the fact that the advantage granted to the undertakings can be attributable to the Member State, it is not financed through State Resources directly or indirectly.[7] The AG takes the view that the advantage granted is attributable to the Member State as the supply obligations has been introduced through a legal provision.  The setting of a maximum price has altered normal market conditions and that alteration has been without a doubt due to the obligation in Article 9a (8) of the Law on Energy. Thus, the argument put forward by the Polish State that the parties involved in the transaction are the ones to determine the selling price in particular, is refuted.

As the two elements are cumulative the advantage need to also have been financed through State Resources. The AG draws comparison between the case in the main proceedings with PreussenElektra[8]  in which the obligation imposed on private electricity-supply undertakings to buy electricity from renewable energy sources at minimum fixed prices in the Court’s did not involve a direct or indirect transfer of State resources to the undertakings producing that  electricity. ENEA and the Commission presented the argument that due to the majority participation of the Polish State in ENEA and several other electricity providers the reasoning in PreussenElektra did not apply in this case. To support that argument the parties related to the findings of the Court in the judgment Stardust Marine.[9] The AG clarifies that the situation in Stardust Marine differs from the present case as to the fact that the State had used an undertaking in which it had majority shareholding as its financial arm. Furthermore, he differentiates between the supervisory power as majority shareholder and the advantage granted by State legislation.  The findings in Stardust Marine also support the view that holding the majority of shares in an undertaking is not sufficient for the condition of the advantage to be attributable to the State.

The Advocate General also distinguishes among the circumstances of Essent and Vent de Colère with the circumstances that gave rise to the case in the main proceedings. He clarifies that in the case in the main proceedings the intervention of the State is limited and there is no financing mechanism used for the collection of compulsory contributions.[10] Furthermore, the circumstances in Vent de Colère differ as in this case the maximum price is fixed with the intent to limit the ability for the providers to pass on the extra cost, instead of it being offset.[11]

As the Advocate General does not find that State Resources have been used it concludes that the obligation does not constitute State aid.

Concerning the second and third question the Advocate General proposes that the Court answers negatively to the first question and should not answer the other two questions. Nonetheless the Advocate General takes the view that an undertaking such as ENEA, electricity provider subject to a supply obligation, may invoke before a national court an infringement of Article 108 (3) TFEU but that ‘a system of penalties must be considered contrary to EU law if it penalises infringement of an obligation that has itself been held to be contrary to EU law’.[14]

Despite this being another contribution to the interpretation of State Resources, it remains still to be seen whether the Court will upheld the Opinion of the Advocate General. Nevertheless the reasoning of the AG in the present case seems to be providing novelty in the interpretation of the State resources criterion. The Advocate General takes the view that the advantage is attributable to the Member State but it has not been financed through State resources. He stresses the necessity that there is a need for an actual transfer of State resources and control needs to be exerted rather than only having majority shareholding. Furthermore majority shareholding in his view is not sufficient cause to conclude that there has been an involvement of State resources.

To conclude, from the reasoning expressed in the Opinion of the AG Saugmandsgaard ØE a narrower interpretation of State resources seems to arise in the realms of State aid law.

[1] Paragraph 29 of the Advocate General Opinion.

[2] Paragraph 38 of the Advocate General Opinion.

[10] Paragraph 107 of the Advocate General Opinion.

[11] Paragraph 111 of the Advocate General Opinion.

[12] Paragraph 121 of the Advocate General Opinion.

[13] As found by the judgment in Essent Network Noord and Others (n 3).

[14] Paragraph 145 of the Advocate General Opinion.