You are here: Lexxion > State Aid Blogs > State Aid Uncovered > Advantage Must be Proven, Not Assumed 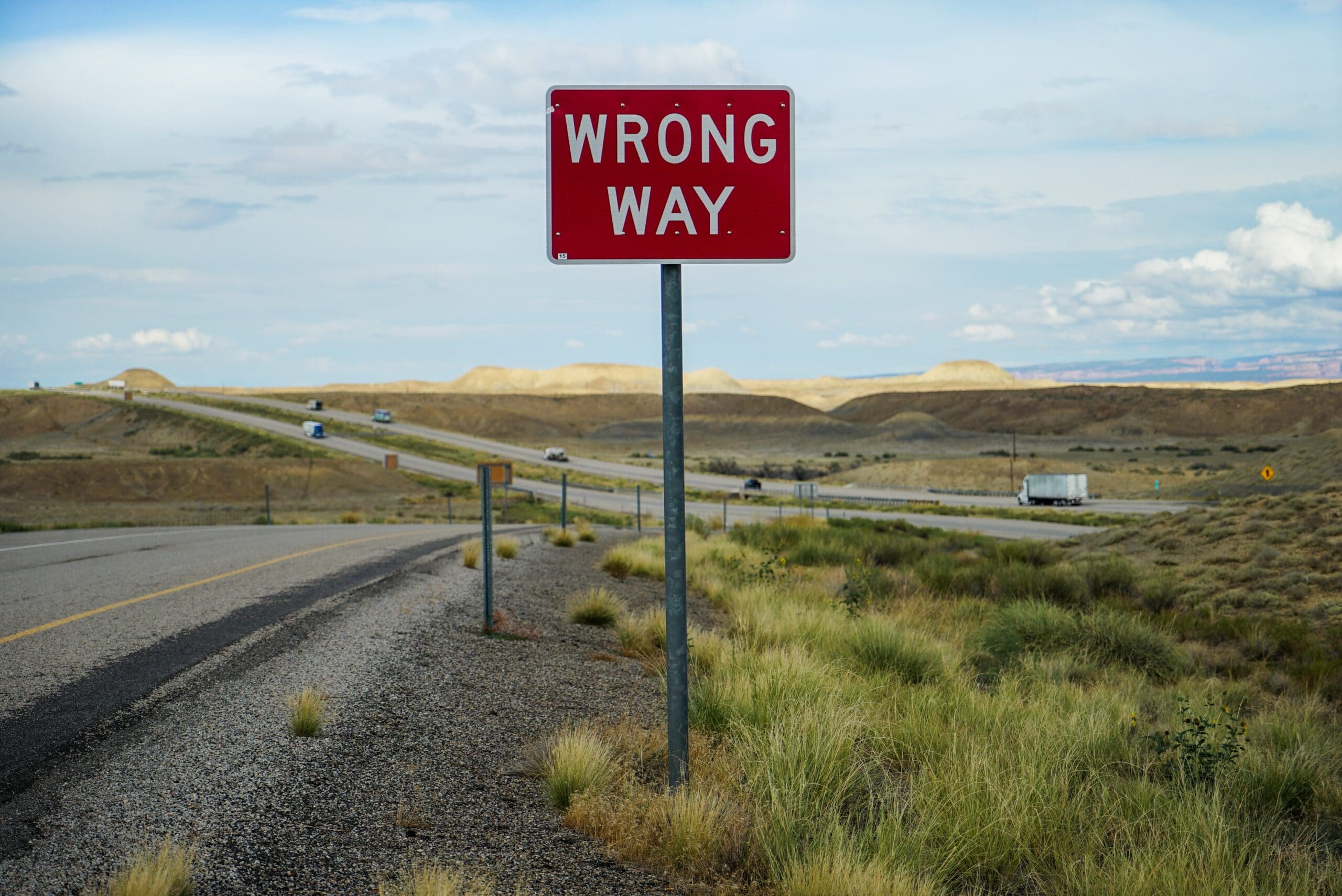 The European Commission has to consider whether the private investor principle is applicable in cases of state investments.

It is for Member States to prove that their investments conform with the private investor principle.

As of 9 May 2020, the European Commission had approved 113 State aid measures to combat covid-19.

According to the Commission, the total amount of State aid in the EU had reached EUR 1900 billion.

On 8 May 2020, the Commission also adopted a second amendment to the Temporary Framework. Member States are now allowed to inject capital in companies and offer subordinated debt. The new amendment can be accessed at:

When a company gets into financial trouble, public subsidies may provide a temporary respite but hardly ever a permanent solution if the company does not undertake painful restructuring.

More than 10 years ago, Larko, a Greek mining company, benefitted from injection of public money and state guarantees on commercial loans. Only a few months ago, its financial situation was reported to be still very precarious. In addition to its commercial problems it also has to deal with legal problems.

At the time the aid was granted Larko was a large company with the state owning the majority of its shares. In March 2012, Greece submitted to the Commission a plan for the privatisation of Larko. The Commission discovered several public measures in favour of Larko: a write-off of debt owed to the state, four different state guarantees on loans, and a capital injection of public money.

In March 2014, the Commission adopted decision 2014/539 which concluded that Larko was a company in difficulty, four of those measures constituted State aid and that the aid was incompatible with the internal market and had to be recovered.

Larko then appealed against that decision [case T-423/14]. After the General Court dismissed the appeal, Larko brought the present action for annulment before the Court of Justice.

The principle of private investor

In its first plea, Larko claimed that the Commission had misapplied the principle of private investor. The injection of public money in Larko aimed to facilitate its sale, not to generate a return from Larko’s future profits.

The Court of Justice, first, recalled that the behaviour of the state must be compared to the actions of a prudent and diligent private investor, as close as possible to the position of the state, under normal market conditions. In this regard, the Commission has to take into account all the relevant information that was available at the moment of the injection of capital. Successive state interventions may be considered as a single intervention, in view of their purpose and timing. [paragraphs 28-33]

The Court of Justice rejected the plea because Larko did not adduce any evidence that, when capital was injected in Larko, the intention of the Greek authorities was indeed to prepare Larko for sale. Of course, intentions do not matter for the application of Article 107(1) TFEU. The relevant issue here was whether the capital injection would have increased the sale value of Larko by more than the amount that was invested. There was no proof that that was the purpose of the capital injection.

The Court of Justice also rejected the plea because Larko did not submit any evidence to show that the Commission had exercised its discretion contrary to the principles in the case law.

Advantage and company in difficulty

Larko’s second plea was that the notion of economic advantage was incorrectly applied. In particular, Larko argued that the Greek authorities were not aware that it was in financial difficulty.

The Court of Justice, first, noted that the General Court had held in the judgment under appeal that a prudent shareholder would be informed of the current financial situation of the undertaking before making the investment. However, it went on to point out that while the General Court found that there was no evidence that the Greek authorities were aware of the difficulties of Larko at the time of the measure in question, it still concluded that a private investor, in the same position as the Greek authorities, should have known the existence of such difficulties. The Court of Justice concluded that the reasoning of the General Court was erroneous. [paragraphs 58-61]

It is for the Commission to consider the applicability of the private investor principle, while it falls on the Member State concerned to prove that in fact it has been applied.

Consequently, where it is established that the criterion of the private investor may be applied, it is for the Commission to request the Member State concerned to provide all the relevant elements enabling it to ascertain whether the conditions for applying that criterion are met. [paragraph 68]

Then the Court explained that even if that Member State fails to provide the Commission with the necessary information, the Commission must base its decision on elements of a certain degree of reliability and consistency which are sufficiently well founded. [paragraph 69]

The Commission cannot assume that an undertaking receives and advantage constituting State aid merely on the basis of a negative presumption, based on the absence of any evidence to the contrary, without other evidence capable of affirming the existence of such an advantage. [paragraph 70]

This is an important statement. The Commission may not conclude that an undertaking has received an advantage because it cannot prove the absence of such an advantage. The same logic applies in criminal law. One does not have to prove his/her innocence. It is for the prosecution to prove guilt.

The Court of Justice decided that the General Court should not have concluded that the Greek authorities should have known about the situation of Larko when there was no proof that in fact they were aware of it. Consequently, the Court of Justice upheld this plea of Larko because the General Court did not take into account the time frame in which the Greek state acted.

The Court of Justice is certainly right that the presence of an advantage must be proven, not assumed. It is also right in pointing out the contradiction in the General Court’s reasoning that, on the one hand, acknowledged that the Greek authorities were not aware of Larko’s situation, while, on the other, it considered that they had to prove that Larko was not in difficulty.

However, the state cannot blindly invest without first obtaining all the relevant information that can justify the economic rationality of the investment. The Greek state did not argue that it was given the wrong information. It only claimed that it did not know. It seems to me that a private investor must always know what is necessary to determine whether the expected return sufficiently covers the risk it assumes. The Greek state should have confirmed that Larko was not in difficulty before it invested. It was not enough to assume that it was in financially healthy.

Amount to be recovered

Larko also challenged the correctness of the decision of the Commission to order recovery of the incompatible aid. It made several arguments on how the aid element in the guarantees should have been calculated. All of those arguments were rejected by the Court.

Larko claimed that the Commission had deviated from its earlier practice. The Court of Justice reiterated that State aid must be assessed exclusively in the context of Article 107(1) TFEU, and not in relation to alleged earlier Commission decision-making practice. [paragraph 114]

With regard to alleged lack of case-law requiring the recovery of the total value of a guaranteed loan [when the guarantee covers 100% of the loan], the Court of Justice recalled that in the case of guarantees granted by the state to firms in difficulty those guarantees should be regarded as aid whose amount is equal to the amount of the guaranteed loan. [paragraph 115]

It follows that, in such a case, the purpose of the recovery of aid equal to the guaranteed loan is to restore the situation before state intervention and not to impose a penalty on the recipient. Moreover, the Court clarified that repaying the loan to the bank does not constitute repayment of the aid to the state. [paragraph 116]

I do not know whether Larko has paid back the commercial loans it obtained with the benefit of state guarantees. In view of its difficulties, perhaps it was not able to repay them. In late 2019, the company was still incurring large operating losses and it was reported that it owed more than EUR 300 million to the public energy company.

1 The full text of the judgment of the Court of Justice can be accessed at: