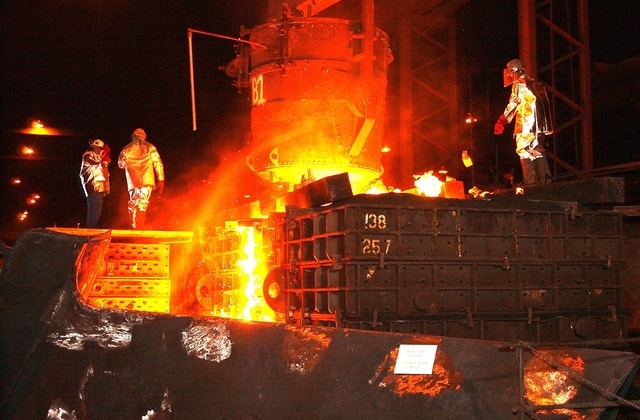 A private investor assesses the prospects of future profitability before it invests. The burden of proof lies with the Member State that claims it has acted as a private investor.

The market economy investor principle is based on a simple premise: before you commit your money you need to check how much you are likely to get back. The necessity of ex ante assessment was stressed in the judgment of the General Court of 18 September 2018 in case T-93/17, Duferco v European Commission.[1] Duferco requested the annulment of Commission decision 2016/2041 on State aid that Belgium had granted to Duferco.

Duferco produces steel and it’s most active in Belgium and Italy. Some ten years ago Duferco experienced financial difficulties. At about the same time it received a capital injection from Foreign Strategic Investment Holding (FSIH), a wholly-owned company of the Walloon Region. The Commission examined that capital injection, which amounted to EUR 100 million, and concluded that it did not conform to the market economy investor principle (MEIP), despite Belgium’s claims that it was carried out on pari passu terms with another investor. The Commission, after it found that the aid was not compatible with the internal market, ordered its recovery.

Applicability and application of the MEIP

Duferco argued that there was no advantage stemming from FSIH’s participation in its capital increase. In this connection, it put forth several pleas the first of which was that the Commission confused the applicability and the application of the MEIP.

According to well-established case law, the Commission is required to consider whether the MEIP can apply in principle to a particular measure regardless of whether the Member State concerned does not ask it explicitly to do so. When it finds that in principle the MEIP is applicable it must then examine whether the MEIP is actually satisfied by the terms of the specific state measure. At this stage, the burden of proof is on the Member State which has to furnish all the necessary evidence which shows that it acted as a private investor pursuing long-term profit.

The Court, first, recalled the relevant case law. State aid is considered to be any state intervention which, in any form whatsoever, is likely to directly or indirectly favour undertakings or which must be considered as an economic advantage which the recipient undertaking would not have obtained under normal market conditions. It follows that State aid is any aid which, in various forms, relieves the expenses normally borne in the budget of an undertaking and which, without being a subsidy in the strict sense of the word, is similar in nature and has identical effects. With to participation of public authorities in the capital of an undertaking in any form whatsoever, it may constitute State aid within the meaning of Article 107(1) TFEU, where the conditions of that Article are met. However, no aid is granted when the beneficiary undertaking could obtain the same funding in circumstances which correspond to normal market conditions and which has to be assessed according to the criterion of the private investor. This assessment examines whether a private investor of comparable size to that of the public authority and operating in similar conditions would have made a capital injection of the same significance, having regard in particular to the information available and the foreseeable developments on the date of the investment. In order to assess whether the measure was adopted under normal market conditions by a private investor in a situation as close as possible to that of the Member State concerned, only profits and obligations relating to its status as a shareholder, to the exclusion of those related to its status as a public authority, are to be taken into account. (Paragraphs 30-33 of the judgment)

According to the case-law, in assessing whether the participation of a public investor in the capital of an undertaking complies with the criterion of the private investor, the behaviour of the private investor with whom the public investor must be compared is not necessarily that of the ordinary investor investing capital for profit in the short or long term. This behaviour must, at least, be that of a private holding company or a private group of companies pursuing a structural, global or sectoral policy, and be guided by longer-term profitability prospects. (Paragraph 34)

The Court also stressed that when the capital injection of a public investor disregards any prospect of profitability, even in the long term, such a contribution must be regarded as aid within the meaning of Article 107 TFEU and its compatibility with the internal market must be assessed in the light of the relevant criteria. (Paragraph 35)

With respect to the actual application of the private investor test in the present case, the Court noted that the Commission analysed the documents provided to it, which were supposed to justify the economic rationality of the investment by FSIH. According to the case-law, it is for the Member State concerned to show that its investment decision was based on economic valuations comparable to those that a private investor would have carried out to determine the future profitability of the investment before proceeding with the investment. The Court also noted that in fact those documents did not examine the future profitability of Duferco. (Paragraph 52).

The Court in particular commented in paragraph 53 on the following:

– Duferco’s business plan was an internal table of one page, undated and not mentioning any hypothesis justifying the figures used;

– an expert report contained only an estimate of tangible assets without any prior technical audit;

– the business plan for a Duferco subsidiary was a two-page internal table, undated;

(several more incomplete and undated documents were mentioned in the Court ruling).

The Court criticised those documents for merely describing Duferco’s activities, rather than assessing its future profitability, and for not testing the reliability of the various figures they contained.

It held that the Commission applied well-established case law according to which, it was incumbent upon it to apply the private investor test and to request the Member State concerned to provide all the relevant information for that purpose. Then it was for that Member State to provide the evidence showing that it had made a preliminary economic assessment of the profitability of the measure in question, comparable to that which a private investor in a similar situation would have made. In the absence of such an economic evaluation, the Commission was justified to conclude that no private investor would have injected the same amount of capital in Duferco. (Paragraph 55)

At this point Duferco argued that where it was not evident that the transaction complied with market conditions on the basis of market data specific to that operation, the Commission was required to assess the transaction by carrying out a comparative analysis or by using other methods. The Court responded that it is for the Member State concerned to show that its investment decision was based on economic valuations comparable to those which a private investor would have made before proceeding with the investment. To this end, reports by independent consultants can help to demonstrate that the Member State implemented the measure in its capacity as a shareholder. But that Member State cannot rely on the findings of reports by independent consultants without itself having provided all the appropriate answers to the questions that a prudent private investor would have asked. For these reasons the Court dismissed the claim that the Commission should have carried out a comparative analysis using other sources of information. (Paragraph 59)

The Court concluded that, although it was incumbent on the Commission to prove that a measure was qualified as State aid, it was for the Member State concerned to provide all the relevant elements enabling the Commission to carry out a diligent and impartial examination of the conditions of application of the private investor test.

Lastly, the Court considered the alleged manifest errors committed by the Commission when it assessed the pari passu character of the participation of the FSIH in a capital increase of Duferco.

The General Court noted that a pari passu operation is one which is carried out simultaneously and under the same conditions, which implies identical levels of risk and remuneration, by public bodies and private operators in a comparable situation. This notion, formulated in this way, is an offshoot of the case-law according to which a contribution of capital from public funds meets, in principle, the criterion of the private investor and does not imply the granting of State aid if, in particular, this contribution takes place at the same time as a significant capital contribution from a private investor made under comparable conditions (the judgment cites case T-296/97, Alitalia v Commission). (Paragraph 100)

The General Court further elaborated that the concomitance of the contributions of private and public investors is, at most, an indication of absence of aid within the meaning of Article 107(1) TFEU. Since the purpose of the private investor test is to compare the behaviour of the state with that of a hypothetical private investor, there is no doubt that the existence of investors willing to invest significantly and concomitantly is likely to facilitate the validation of such a test. However, all relevant de facto and de jure data must be taken into account in assessing the legality of the relevant input under EU State aid rules. Although the temporal aspect is therefore naturally important, the fact remains that concomitance cannot in principle be regarded as sufficient in itself. (Paragraph 101)

In the present case, the Commission rightly found, following an analysis of the conduct of the FSIH in terms of economic rationality in the light of the documents produced by Belgium, that the participation of the FSIH in the capital of Duferco did not meet the private investor test and, therefore, constituted an advantage within the meaning of Article 107(1) TFEU. (Paragraph 104)

On the basis of the above reasoning, the General Court rejected all pleas.

Four lessons can be drawn from this judgment.