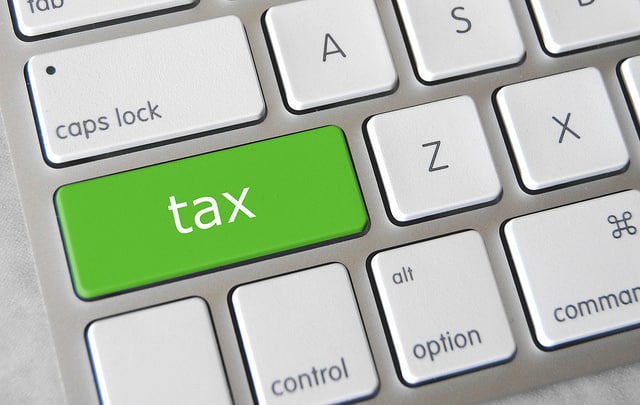 We are happy to welcome Erika Ellyne on the State Aid Blog today. She is a lawyer at Van Bael & Bellis law firm where she works on EU competition law matters. Previously she was a researcher at the VUB University and the LSTS research center, where she is still an affiliate. Today she gives her insights on the Frucona case.

The judgment of the General Court of 16 March 2016, Case T‑103/14, Frucona Košice a.s., v European Commission,[1] carries on from the previous Frucona Košice v Commission case[2] where the Court of Justice held that, “by failing to take into account, in the assessment of the private creditor test, the duration of the bankruptcy procedure, the Commission had committed a manifest error of assessment or, in so far as it had taken that factor into consideration, had failed to state to the requisite legal standard the reasons for the initial decision.”[3]In seeking to remedy the shortcomings identified by the ECJ in its judgment, the Commission adopted a new decision on 16 October 2013, the Decision 2014/342/EU on State aid No SA.18211 (C 25/2005) (ex NN 21/2005),[4] hereunder ‘the contested decision’. Under this contested decision, the Commission again held that Slokavia had granted illegal aid through the settlement agreement it reached with Frucona with regard to excise duties it was due. Accordingly, the local tax office had failed to consider alternatives (bankruptcy and another tax execution procedure) to the settlement arrangement that would have resulted in the recovery of more taxes.

Frucona lodged an appeal against this decision and won. The contested decision was overturned on the grounds that the Commission did not prove that neither the bankruptcy procedure nor the tax execution procedures were more advantageous to the State than the arrangement it had made with Frucona.[5]

This case is particularly interesting in that it clearly sets out the two conceptual steps in the application of the private operator principle: applicability and application. The Court makes this differentiation very early on and this conceptual distinction underlies the entire case. Few cases have been so clear and concise on the matter.

This distinction dates back to the EDF case.[6] The EDF holding stipulates that “it may be necessary to produce evidence showing that the decision is based on economic evaluations comparable to those which, in the circumstances, a rational private investor in a situation as close as possible to that of the Member State would have had carried out, before making the investment, in order to determine its future profitability.” [7] These evaluations can only be ex ante, and not realized after the measure is under scrutiny.[8] In Frucona II the Commission contested that the State had not conducted such investigations and invoked the EDF case law. [9] However, the Commission had also applied the private operator principle.[10] This constituted a legal error that the General Court went on to assess, with respect to its repercussions on the Commission’s evaluation of the measure and the different procedures. [11]

The EDF holding has been reiterated a number of times and most notably again in the ING case.[12] The Advocate General explained the two steps to the private operator test in his opinion: “In my view, there are two questions to be answered when considering the private investor test: (i) was the State’s action such that it can meaningfully be compared with an act of a private investor; (ii) if so, was that action determined by considerations which are relevant only or at least primarily to the State in its capacity as public authority, or might the same action have been taken ‘in comparable market conditions by a private investor in a situation as close as possible to that of the State’? Stage (i) concerns the applicability of the test, stage (ii) concerns its application.”[13]

As the Tribunal explains “the private creditor test is material because the conduct of the State is capable of being adopted, at least in principle, by a private operator acting with a view to profit.” [14] The applicability test is rather concerned with the question of commensurability between the State’s actions and those of a potential private market operator. Whereas the second phase of application is concerned with the effective comparison of the terms of the transaction undertaken by the State with respect to the so standard of private operator, said to represent the “normal market conditions”.[15]

The Court, very astutely, distinguished clearly between applicability and application of the private operator test in the Frucona II case. It explains the different legal standards presiding over both steps, the most significant element being the burden of proof.[16] With respect to applicability, it is incumbent upon the Member State that invokes the test during the administrative procedure, where there is doubt “to establish unequivocally and on the basis of objective and verifiable evidence that the measure implemented falls to be ascribed to the State acting as shareholder. That evidence must show clearly that, before or at the same time as conferring the economic advantage, the Member State concerned took the decision to make an investment, by means of the measure actually implemented, in the public undertaking.”[17] However at the stage of the application of the private operator principle, the burden of proof weighs on the Commission.[18]

EDF has undoubtedly been one of the most influential cases over the past years. However, its reach has been misconstrued by the Commission as a manner to shift the burden of proof onto the Member State with respect to the application of the private operator principle. This is exemplified in the Frucona II case, the Commission argued that on the basis of the EDF case law it was incumbent upon the applicant to meet the EDF standard.[19] This was not the first time the EDF holding has been erroneously applied, nor will it be – in all probability- the last.[20] The Court was able to curb the Commission’s over-stepping in this case, let us hope it will be apt to do so again in the future.

[3] T-103/14 Frucona II, para. 21; The case had been referred to the General Court for it to give judgment on the pleas raised before it on which it had not ruled. However the GC found that there was no longer any need to rule on the action for annulment of the initial decision. (By reasoned order of 21 March 2014 in Frucona Košice v Commission (T-11/07 RENV, EU:T:2014:173)).

[Photo by GotCredit from flickr.com]