You are here: Lexxion > State Aid Blogs > State Aid Uncovered > Is Anyone who is Affected by State Aid an “Interested Party” that can Challenge a Commission Decision? 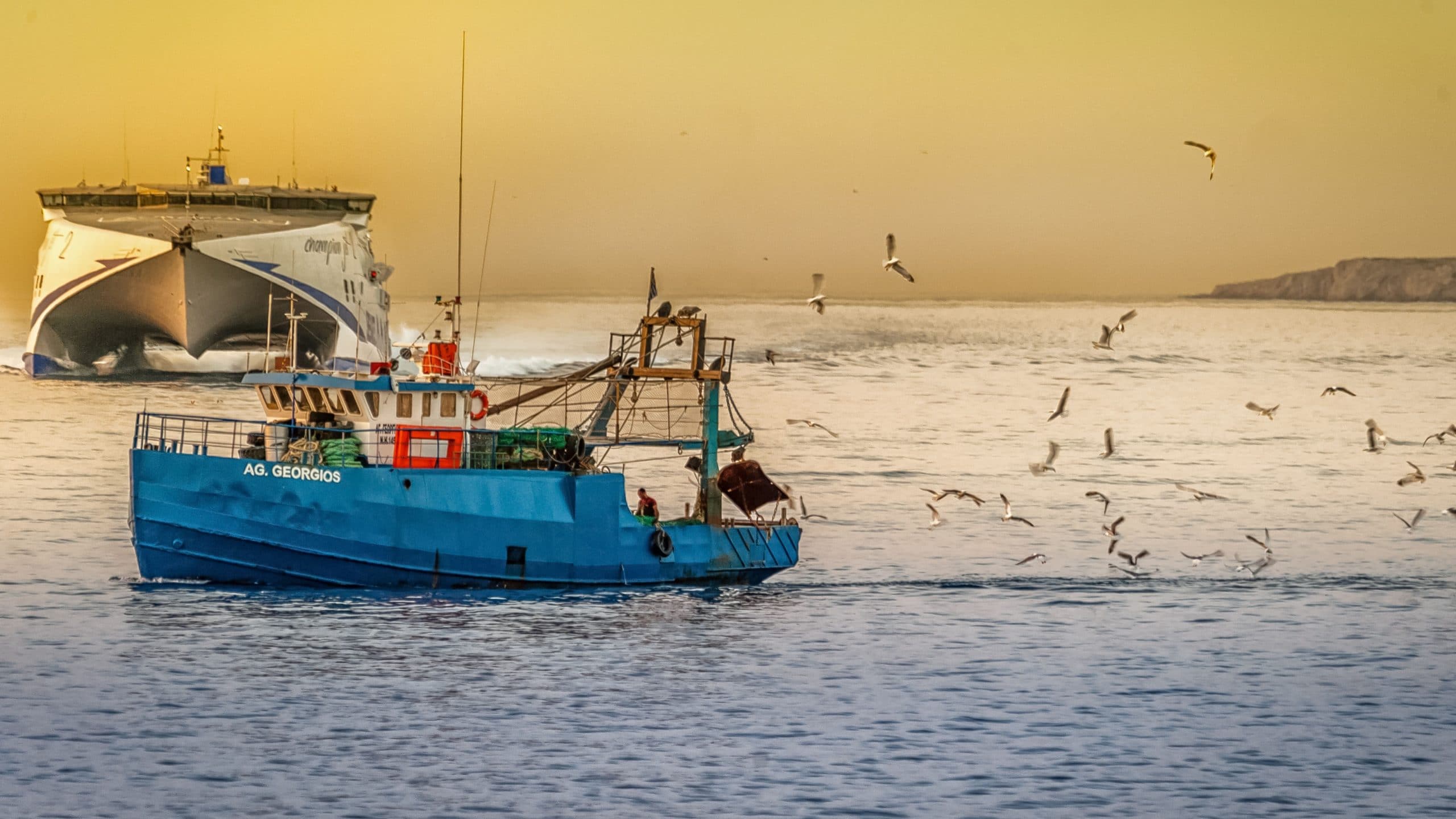 A non-competitor cannot normally claim to be “interested party”. The Commission does not have to prove to the normal legal standard the existence of state aid when it opens the formal investigation procedure.

This week’s article reviews two recent judgments: one on the status of “interest party” and another on the obligations of the Commission when it opens the formal investigation procedure.

State aid distorts competition. But it may also affect markets other than the one in which the aid recipients operate. It would seem reasonable that the interests of affected companies in other markets should also be taken into account.

When the Commission opens a formal investigation into an aid measure, any undertaking that is affected by the aid may submit comments. The question that arose in case T-777/19, CAPA  v Commission, was whether fishermen were interested parties when they contested French aid to offshore windfarms. CAPA and other fishermen associations requested the annulment of the Commission decision on cases SA.45274, SA.45275, SA.45276, SA.47246, SA.47247, and SA.48007. The decision authorised French aid in favour of six offshore wind farms. On 15 September 2021, the General Court concluded that CAPA and the other associations were not interested parties.

The six wind farms benefited from operating aid in the form of a feed-in tariff that was set at a higher rate than the market price for the electricity they delivered to the electricity distributor EDF. Although the aid had not been notified to the Commission, the Commission found it compatible with the internal market. A complaint that had been lodged with the Commission by CAPA was rejected on the grounds that CAPA was not an interested party in the meaning of Article 1(h) of Regulation 2015/1589. CAPA, a fishing cooperative, argued that the offshore wind farms damaged the fishing activities of its members.

The General Court, first, recalled the relevant principles. [paragraphs 58-66 of the judgment] According to Article 4 of Regulation 2015/1589, the Commission may examine an aid measure in a preliminary stage and determine whether it is compatible with the internal market. If it has any serious doubts as to its compatibility, it must open the formal investigation procedure. When it opens the formal investigation, the Commission invites Member State and any interested parties to submit their observations within a specified time limit. Article 1(h) of Regulation 2015/1589 defines “interested party” as anyone “whose interests might be affected by the granting of aid, in particular the beneficiary of the aid, competing undertakings and trade associations”.

Then the General Court stressed that for a person, undertaking or association of undertakings to be classified as an interested party, it must demonstrate that the aid is likely to have a concrete impact on its situation. [para 64]

By contrast, if a person calls into question the merits of a Commission decision assessing the aid, the mere fact that it can be considered to be an interested party cannot suffice for the admissibility of such an action. It must demonstrate that it has a special status [i.e. it is “directly and individually concerned”] as, for example, when the aid affects substantially its market position. [para 65]

An interested party that wants to challenge a Commission decision not to open the formal investigation procedure must demonstrate that the Commission should have had serious doubts as to the compatibility of the aid with the internal market. [para 66]

CAPA argued that its status as interested party is based on two reasons: the existence of a competitive relationship between the activities of its members and those of the aid beneficiaries and, second, the risk of a concrete impact of this aid on their situation.

The existence of a competitive relationship between fishermen and windfarms?

The General Court observed that the expression “competing undertakings” in Article 1(h) of Regulation 2015/1589 refers only to the direct competitors of the aid beneficiaries. [para 72]

On the other hand, a relationship of indirect competition, such as that claimed by CAPA, does not confer the status of interested party. CAPA has to prove that the aid will have an impact on its activities. [para 73]

The products of CAPA and those of the aid beneficiaries are totally distinct and sold on different markets. Moreover, their production processes do not use the same “raw material”. [para 76]

This finding cannot be called into question, the Court said, by the argument of CAPA that access to the areas where the aided projects are located should be considered as “raw material”. [para 77]

The ordinary meaning of the term “raw material” refers to a natural resource or a product, unprocessed, used as an input in the manufacturing of a good. In the present case, it is not the maritime area used both by CAPA and by the aid beneficiaries, which constitutes the “raw material” of their activity, but the natural resources therein. Those resources are distinct and the operators in question are therefore not in a situation of competition for their exploitation. [para 78]

The conflict between CAPA and the aid beneficiaries results from the regulatory decisions of the French authorities, relating to the various uses of maritime public space. This conflict is not the result of “competition”. [para 79]

Then the General Court noted that the authorisation granted to the aid beneficiaries to operate wind farms in those maritime areas does not exclude other activities such as fishing, nor do fishermen enjoy any exclusive right to operate in those areas. [paras 80-81]

Consequently, CAPA cannot be regarded as interested party, eligible to bring the present action on the basis of an alleged relationship of indirect competition with the beneficiaries of the aid. [para 82]

The existence of a risk of a tangible impact of the aided projects on fishing activities?

However, the General Court clarified that in previous case-law, the courts of the European Union did not rule on a conflict between two different economic activities for the use of the same area for the exploitation of separate resources and on the alleged negative effects on one of these activities caused by the aid to the other. [para 88]

But, according to the General Court, the burden of proof falls on those who claim they are interested parties. They need to demonstrate, to the requisite legal standard, the risk of a negative impact and to establish that this impact results from the aid itself. [para 89]

In paragraphs 91-97, the General Court found that the aid itself did not have any impact on fishing and that the location of the wind turbine installations in particular fishery zones was inherent in the decisions of French authorities to allow the construction of wind turbines in those zones.

The General Court also noted that even if CAPA could challenge the decisions and choices of the French authorities in national courts with regard to the exploitation of wind energy at sea, because of the potential consequences of such exploitation on fishing, this possibility is not sufficient to confer on it the status of interested party. [para 102]

Naturgy Energy appealed against Commission decision SA.47912 by which the Commission had initiated the formal investigation procedure with regard to aid granted by Spain to coal-fired power stations. Naturgy Energy is a Spanish company which produces electricity using coal as fuel.

In April 2015, the European Commission launched a sector inquiry to understand the design and effects of capacity mechanisms in eleven Member States, including Spain. Following the investigation, the Commission notified Spain that it opened a formal investigation into a measure of “environmental investment incentives” granted to coal-fired power stations.

In its judgment on 8 September 2021, the General Court, first, recalled that the Commission is required to initiate the formal investigation procedure if, during its preliminary examination, it is unable to overcome all of its doubts whether the measure under consideration constitutes aid within the meaning of Article 107(1) TFEU or, if it is aid, whether it is compatible with the internal market. [paragraph 61 of the judgment]

Since the purpose of the formal investigation is to enable interested parties to provide information to the Commission, a decision to initiate the investigation procedure is based on provisional assessment and the Commission is not required to clarify all possible outstanding questions before opening that procedure. [para 62]

The Court went on in paragraphs 63-77 of its judgment to reject the claims of Naturgy Energy that the opening decision was not sufficiently reasoned. Although the preliminary findings of the Commission, by the very nature of the opening decision, were not detailed and exhaustive, they were explained to such a level that it was possible for Naturgy Energy to understand the reasoning of the Commission.

The General Court referred to the established principle that in order to determine the selectivity of a measure, it is necessary to consider whether, within the framework of a given legal regime, a national measure is likely to favour certain undertakings over others, which are, in the light of the objective pursued by that regime, in a comparable factual and legal situation. [para 97]

Naturgy Energy put forth several arguments why the measure did not selectively favour coal-fired power stations by referring to the objectives of the Spanish legislation concerning energy and environmental protection. The Court rejected all of them.

The most interesting argument was that coal-fired power stations were not in the same or a comparable situation as power stations using other kinds of fuel.

In this connection, Naturgy Energy maintained that coal-fired power stations were the only power stations built before 1998 that were required to make considerable investments without which they would have to close, thus endangering the security of energy supply in Spain.

The General Court did not accept that argument. It noted that it had no information before it concerning the situation of the power stations not using coal as their fuel and in particular concerning the claim that they did not have to make significant investments. [para 121]

Naturgy Energy could not identify any provisions in the contested measure imposing only on coal-fired power stations requirements that necessitated considerable investments. [para 122]

For these reasons, the General Court rejected the appeal in its entirety.

[2] The full text of the judgment in languages other than English can be accessed at: