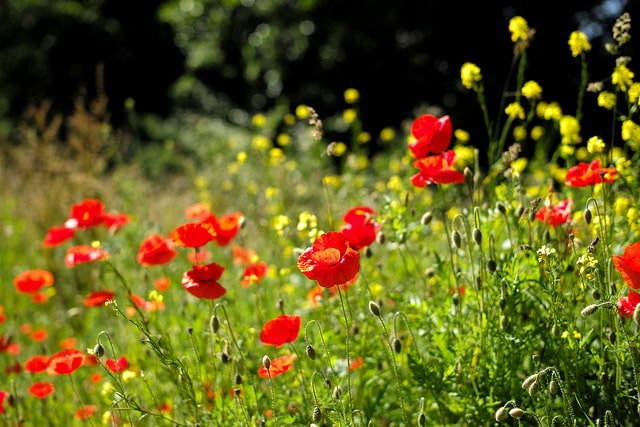 Member States of the European Union are free to designate the services they consider to be in the general economic interest. However, the wide discretion they enjoy in this respect falls under the scrutiny of the Commission which checks for “manifest error”. It is difficult to know when a Member State commits a manifest error in this context. This is because the concept of manifest error with respect to SGEI has not been defined in the case law. However, from cases where EU courts have agreed with the Commission’s views, we can infer that Member States commit a manifest error when they do not justify why a service is in the general interest or when they do not ensure that such a service is provided to all the citizens who are supposed to need it.

Normally, an SGEI is a service which is needed in everyday life such as communications, energy, water distribution or postal delivery. Commission decision SA.27301 on subsidised acquisition of land in the Netherlands deals with an unusual case of SGEI.[1] The Netherlands considered that nature conservation was an SGEI. This is not only unusual with regard to the scope of the SGEI but also unusual with regard to the recipients of the SGEI. Normally an SGEI is delivered to citizens. Maintaining a natural landscape may be in the broad social interest but it can hardly be defined as a service which is “consumed” by citizens.

In 2008 the Commission received a complaint concerning subsidies granted by the Netherlands to thirteen beneficiaries for the acquisition of land for nature conservation. The beneficiaries were foundations whose purpose was to protect natural landscapes. The Netherlands claimed that the subsidies did not confer any advantage because the activities of the beneficiaries were not economic. However, if the beneficiaries could be deemed to have obtained an advantage, the subsidies constituted compensation for public service obligations. Therefore, the issues at hand were whether land conservation was an economic activity, if not, whether it could be considered as a service of general economic interest and, if yes, whether the thirteen organisations in question derived an advantage.

The thirteen organisations, whose name in Dutch is abbreviated as TBO [loosely translated as Nature Management Organisations (NMO)], received subsidies to buy or lease land in order to protect it and manage it. The status of the NMOs as “foundations” prevents them from making profit. They achieved their mission by setting land aside and by managing land-based activities such as wood cutting and clearing and by selling land-based products, issuing fishing permits and operating camping sites.

As mentioned above, the Netherlands first argued that the NMOs were not undertakings because they were non-profit, their main task was nature conservation and that their secondary activities which generated revenue, are marginal and intrinsically linked to their core task of nature conservation.

However, the Commission pointed out that other activities of the NMOs were economic and therefore, they became undertakings by the mere fact that they were partly involved in economic transactions such as selling wood and offering camping or fishing facilities.

One would have thought that since the economic activities were secondary or ancillary, they could be either fenced off through separate accounting or, if they were less than 20% of the total capacity of the NMOs, they could be subsumed in the main non-economic activities. The problem was that the relevant Dutch law “(49) […] did not ex ante and in an exhaustive manner define the secondary economic activities that could be performed on the acquired land besides nature conservation. (50) While it cannot be excluded that some of these activities, as the Dutch authorities submit, were purely ancillary to the main task of nature

In view of the significance that the concept of ancillarity has acquired since the adoption of the new GBER and R&D&I rules in 2014, the Commission seems to be making the following important clarification. An ancillary activity, which on its own is economic in nature, can be considered to be non-economic when it is necessarily linked to a non-economic activity. In this case, the management of land requires wood felling and wood clearing. The waste wood then has to be disposed. Selling it as fire wood or for other purposes is an economic activity which, however, is inextricably linked and necessary to the main task of nature conservation. Operating a camping site is not inextricably linked to nature conservation. On the other hand, hunting or fishing can under certain conditions be linked to management of wildlife. The additional factor which is brought into consideration by the Commission, without however explaining its significance, is the requirement for the relevant law to list “secondary” economic activities “exhaustively”. The Commission appears to be using secondary and ancillary interchangeably without clarifying whether they are different or the same. But it also seems to consider as ancillary those secondary activities which are linked to the primary non-economic tasks. At any rate, the R&D&I framework which refers to ancillary activities does not require their exhaustive listing.

The Netherlands also argued that the NMOs did not derive any advantage. The response of the Commission was that they did receive an advantage because “(55) […] the land was put free of charge or at reduced cost at the disposal of the [NMOs] who could obtain revenues from its use.”

The Netherlands was of the view that i) the revenues did not exceed costs and ii) if the revenues exceeded the eligible costs, the balance had to be reinvested in nature conservation or transferred to the state. Again the Commission, correctly, rejected this view because “(55) […] even if the use of the revenues was limited, [the measure in question] […] provided the beneficiaries with an advantage compared to other companies that needed to invest in nature land to carry out similar economic activities.” There was also an advantage in that the NMOs “(56) […] could receive an economic advantage through capital gains made when they resold the acquired land”.

The Commission could have added that the NMOs benefitted not just from obtaining assets for free but also from not having to finance the acquisition of those assets [e.g. they avoided the cost of borrowing to buy land].

The Commission accepted that the aid could be considered as a compensation for the extra costs of services of general economic interest. It examined its compatibility on the basis of the 2012 SEIG framework. But before it did that it rejected a proposal by the Dutch authorities concerning the legal basis of assessment.

The Netherlands suggested that the aid could be exempted on the basis of the cultural heritage exception in Article 53(2)(b) GBER. The Commission rejected it because “(70) […] the scheme was limited to the 13 [NMOs] individually enumerated in Article 3 of the central regulation, which are all Dutch, and thus the scheme was discriminatory and in breach of Article 1(5)(a) GBER.”

Indeed Article 1(5)(a) of the GBER stipulates the following:

“5. This Regulation shall not apply to State aid measures, which entail, by themselves, by the conditions attached to them or by their financing method a non-severable violation of Union law, in particular:

(a) aid measures where the grant of aid is subject to the obligation for the beneficiary to have its headquarters in the relevant Member State or to be predominantly established in that Member State; However, the requirement to have an establishment or branch in the aid granting Member State at the moment of payment of the aid is allowed.”

The Commission interpreted the ex ante listing of the beneficiaries to be equivalent to an obligation to be headquartered in the Netherlands.

The first step in applying the SGEI rules is to establish that a service is indeed in the general economic interest. The Commission analysis, however, is a bit puzzling. It says, “(74) […] nature conservation may constitute a service of general interest (SGI). The costs incurred by this activity exceed its revenues, being based on solidarity, and thus nature conservation does not offer any incentive for the market to provide it.”

The puzzling aspect is that for a service to be considered as an SGEI, it must be economic in nature. In the quoted sentence above, there is only reference to SGI, which is non-economic. This is reinforced by the acknowledgment in the same sentence that the service was based on “solidarity”. This is a typical characteristic of a non-economic activity. By contrast, the revenue obtained by the NMOs was not from selling SGEI to the public but from providing economic activities [e.g. tourism]. The Commission bypassed this problem by deciding to examine the compatibility of compensation through a “global approach” and “global analysis” of all revenues [paragraphs 75-76]. It is as if the Commission bundled together a non-economic activity with some economic activities in order to produce an SGEI. Perhaps this strange arrangement was the only means by which the aid could be found compatible with the internal market.

The compatibility assessment was carried out not on the basis of the 2012 decision but on the 2012 framework. The reason was that the decision, which is like a block exemption regulation, imposes a limit of EUR 15 million on maximum compensation and it applies to measures which have limited duration. The Dutch scheme was of unlimited duration and the aid could have exceeded the threshold of EUR 15 million.

It is important to note that, according to the Commission, the retroactive application of the 2012 framework meant that the following provisions of the framework did not apply:

Point 14: the requirement for public consultation.

Point 20: the requirement for absence of discrimination in the assignment of the public service obligation.

Point 39: the requirement for efficiency incentives.

Point 60: the requirement for transparency.

The Commission assessed compliance with the remaining requirements of the 2012 SGEI framework as follows.

“(85) An act of entrustment […] should spell out the nature of the task as well as the scope and the general operational conditions of the SGEI.

(86) [the aid was] conditional upon respecting special nature conservation PSOs which were set out in detail for the purchased land.

(87) Detailed rules were also established in the award decisions regarding the management subsidies granted for nature conservation purposes for the acquired land”.

With respect to the duration of entrustment, the Commission notes that “(89) generally, the objective of the SGEI Framework provision regarding the limited duration of entrustment is to ensure that the State reviews the market situation regularly to ensure that maintaining a public service is justified and to allow competition for the granting of the public service concerned through the application of public procurement rules.” Although the entrustment in the past was unlimited, the Commission requested the Netherlands to limit it in the future.

“(92) […] The secondary economic activities of the beneficiaries consumed the same inputs as the ones necessary for nature conservation, using the same infrastructure and equipment: same nature land and tools such as wood cutting or grass mowing machines, same labour force (volunteers) and same capital.

(93) In light of the above, in the present case, both the primary activity of nature conservation and the revenue-generating secondary activities are considered to fall within the scope of the global SGEI. For the purposes of analysing the amount of compensation, all costs and revenues borne by the [NMOs] are taken into account, by setting the costs and revenues of the secondary economic activities of the [NMOs] against the costs borne for nature conservation.

On the basis of the above reasoning, the Commission concluded that the aid was compatible with Article 106(2) TFEU.