You are here: Lexxion > State Aid Blogs > State Aid Uncovered > Part II: Developments on the Concepts of Advantage and Selectivity 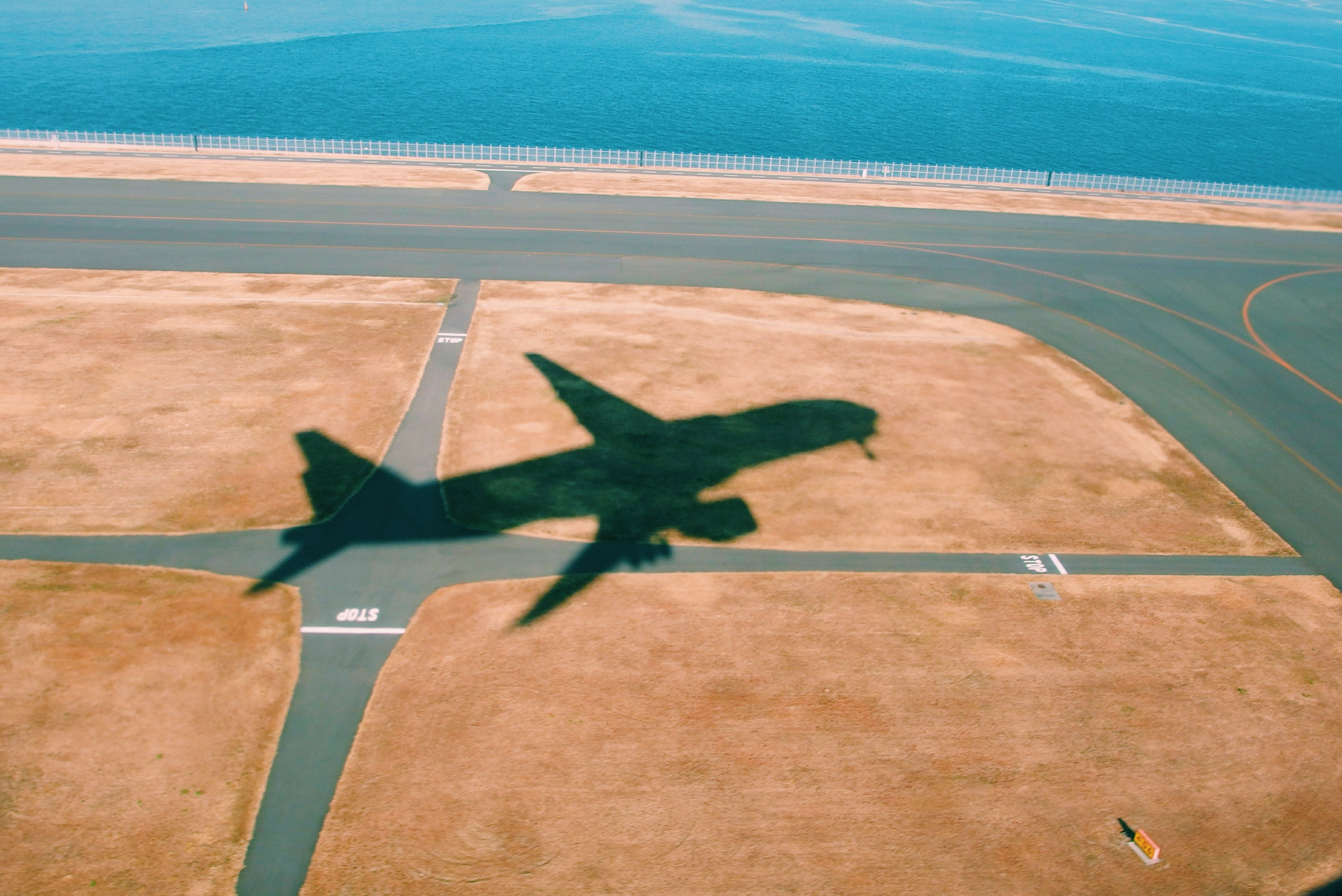 The advantage conferred by State aid is not necessarily equivalent to the economic benefit that is eventually enjoyed by aid recipients. Incompatible State aid has to be repaid regardless of whether it is passed on to the customers of the aid recipients. Undertakings derive an advantage when state intervention reduces the costs they would bear under “normal market conditions” whereby “normal market conditions” are the prevailing conditions before the intervention. Whether an apparently general measure is in reality selective and whether an apparently selective measure is in reality general depends solely on whether they confer a favour to some or all undertakings, respectively, which are in a comparable situation.

This is an important case because it dealt with a fundamental element of the concept of selectivity. The importance of this case is also signified by the fact that the judgment was rendered by the grand chamber [13 judges] of the Court of Justice. By contrast, the other two judgments [the Irish air travel tax and the Greek games of chance] were delivered by chambers of five judges.

The Commission appealed against the judgment of the General Court in case T-461/12, Hansestadt Lübeck v Commission. The General Court found that lower landing and other fees charged by Flughafen Lübeck [FL], a state-owned airport, were not selective and therefore did not constitute State aid. The Commission had taken the view that the measures were selective because the charges were lower than those charged by other German airports.

The first plea of the Commission was that the General Court should have dismissed the appeal of Lübeck airport as inadmissible because the airport charges were set by the Land of Schleswig-Holstein, not the airport manager. The Court of Justice reiterated that “(15) […] persons other than those to whom a decision is addressed may claim to be individually concerned within the meaning of the fourth paragraph of Article 263 TFEU only if that decision affects them by reason of certain attributes which are peculiar to them or by reason of circumstances in which they are differentiated from all other persons and by virtue of these factors distinguishes them individually just as in the case of the person addressed.” In this case, the decision of the Commission “(16) […] affects a measure of which FL is one of the authors and prevents FL from exercising its own powers as it sees fit.” Furthermore, “(18) […] FL was vested, in its capacity as the operator of Lübeck Airport, with a power of its own in respect of the setting of the airport charges applicable to that airport and was not acting solely as an extension of the State by exercising powers conferred solely upon the latter”. The Court of Justice concluded that FL was directly and individually concerned.

The Court also rejected another plea of the Commission that FL did not have a current legal interest. Since the Commission had opened the formal investigation procedure, the Court explained that “(28) […] such a decision necessarily alters the legal scope of the measure under consideration and the legal position of the recipient undertakings, particularly as regards the continued application of the measure. […] [A]fter the adoption of such a decision there is at the very least a significant element of doubt as to the legality of the measure in the course of implementation which must lead the Member State to suspend its application and that such a decision may also be invoked before a national court called upon to draw all the appropriate conclusions arising from an infringement of the last sentence of Article 108(3) TFEU.” “(29) In that regard, it should be recalled that […] where, in accordance with Article 108(3) TFEU, the Commission has initiated a formal investigation procedure with regard to a measure which has not been notified and is in the course of implementation, a national court hearing an application for the cessation of the implementation of that measure and for the recovery of the sums already paid is required to adopt all the measures that are necessary in order to draw the appropriate conclusions from any infringement of the obligation to suspend the implementation of that measure. To that end, the national court may decide to suspend the implementation of the measure in question and order the recovery of the sums already paid. It may also decide to order interim measures in order to safeguard, first, the interests of the parties concerned and, secondly, the effectiveness of the Commission’s decision to initiate the formal investigation procedure.”

It follows that whenever the Commission opens the formal investigation procedure, aid recipients are necessarily affected because the aid measure may be suspended and the aid repaid.

Having dispensed with these objections concerning admissibility, the Court of Justice turned its attention to the main issue of the proceedings, namely the selectivity of the airport charges.

The Court first recalled the standard definition of selectivity [paragraph 41]. Then it confirmed the finding of the General Court that, in the German legal order, the charges applicable at Lübeck airport affected only airlines using that airport and that airlines using other airports were subject to other charges and therefore were not in a situation comparable to that of airlines using Lübeck airport. [Paragraphs 42-43]

The Court of Justice also agreed with the General Court that “(44) […] although it was clear from the case-law that aid may be selective even where it concerns a whole economic sector, that case-law, developed in particular in the context of national measures of general application, was not directly relevant to the case in point as the measure in question did not concern the whole airport sector, but only the airlines using Lübeck Airport.” “(45) Finally, […] the selectivity of a measure by which a public entity lays down a fee scale for the use of its goods or services is assessed by referring to all of the undertakings using or able to use those goods and services and by examining whether all or only some of them obtain or are able to obtain any possible advantage.” “(46) In the light of those considerations […] the mere fact that the 2006 schedule applied only to airlines using Lübeck Airport was not relevant for the purpose of finding that that schedule was selective”.

The Court of Justice proceeded next to identify the tests that must be carried out in order to determine whether an apparently general measure in fact creates selective advantage in its implementation. “(52) First, in order to determine whether a measure, although applying generally to a set of economic operators, has the effect of ultimately conferring an advantage only on certain undertakings, it should be examined […] whether certain undertakings are favoured over others which, in the light of the objective pursued by the legal regime concerned, are in a comparable factual and legal situation.” “(53) The examination of whether such a measure is selective is thus, in essence, coextensive with the examination of whether it applies to that set of economic operators in a non-discriminatory manner […] The concept of selectivity […] is thus linked to that of discrimination.”

“(54) Secondly, […] that examination of selectivity must be carried out within the context of ‘a particular legal regime’. In order to determine whether a measure is selective, it should therefore be examined whether, within the context of a specified legal regime, that measure constitutes an advantage for certain undertakings over others which are, in the light of the objective pursued by that regime, in a comparable factual and legal situation”. “(55) That examination therefore in principle requires prior definition of the reference framework within which the measure concerned fits. […] [T]his method is not limited solely to the examination of tax measures, the Court having merely observed that the determination of the reference framework is of particular importance in the case of tax measures since the very existence of an advantage may be established only when compared with ‘normal’ taxation”.

In essence the statement in paragraph 59 says that in order to determine whether a measure is selective it is necessary first to define the objective the measure. Whether undertakings are in a comparable situation depends on the scope of application of that objective. Following this reasoning, the Court of Justice further explained that “(60) […] determination of the set of undertakings which are in a comparable factual and legal situation depends on the prior definition of the legal regime in the light of whose objective it must, as the case may be, be examined whether the factual and legal situation of the undertakings favoured by the measure in question is comparable with that of those which are not.”

Since the relevant legal regime was that of the charges applied by Lübeck Airport alone, the Court of Justice concluded that “(63) […] the General Court did not err in law when, after delimiting in this way the legal regime that was relevant in the present instance, it held that the airlines serving other German airports were not in a situation comparable to that of the airlines using Lübeck Airport.” “(64) Therefore, after pointing out that the 2006 schedule applied in a non-discriminatory manner to all airlines using or liable to use Lübeck Airport, the General Court was correct in holding […] that the Commission had wrongly found that the schedule was selective.”

1The full text of the judgment can be accessed at: