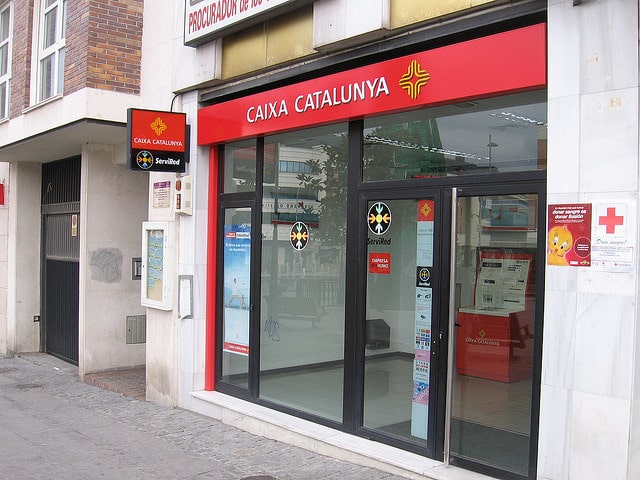 The sale of a public undertaking [privatisation] needs to be preceded by independent valuation and be carried out on the basis of a competitive procedure. Certain guarantees may be provided to prospective buyers, if they could increase the sale price. The break-up of an undertaking and the disposal of the different parts through separate sales should be shown to generate more revenue than a single sale.
Introduction
This article reviews Commission decision SA.39402 concerning the sale of Catalunya Banc to BBVA.[1] As a result of the financial crisis, Spain established in 2010 “Fondo de Reestructuración Ordenada Bancaria” [FROB] whose purpose was to provide public support for the consolidation of the Spanish banking sector.To ensure that the sale of a public asset can be free of State aid [either for the buyer or the asset itself], it is necessary to do the following:

This case demonstrates that any advantage to buyers or the asset itself from sale conditions or guarantees can be neutralised by a competitive sales process. More importantly, prices fixed through a competitive process are free of State aid.

In 2012, FROB attempted to sell its equity stake in CX Banc. The sale process was suspended twice, first, due to the ongoing negotiations between Spain and its international creditors and, then, due to lack of market interest.

In 2014, FROB re-started the sale process of CX Banc. To enhance the value of CX Banc, FROB designed a dual, and almost parallel in time, sale of

i) a portfolio of poorer quality loans (mainly mortgages) amounting to a gross book value of EUR 6392 million [the so-called Credit Portfolio], and

ii) the rest of CX Banc as an entity without distressed assets.

The purpose of that dual approach, was to increase the attractiveness of both CX Banc as well as for the Credit Portfolio, taking account of the fact that traditional banking and management of distressed assets tend to attract different kinds of investors with different attitudes to risk.

The sale of the Credit Portfolio to Blackstone

The Credit Portfolio was a portfolio of loans, mainly mortgages, with a nominal value of EUR 6392 million and provisions for non-performing loans amounting to EUR 2205 million. Therefore, the net book value of the portfolio, as calculated before the sale, was EUR 4187 million.

According to the information submitted by Spain to the Commission, 81 investors were invited to the tender and 47 signed non-disclosure agreements in order to access a Virtual Data Room. In May 2013, 12 funds took part in the initial round of the competitive process, and after the submission of non-binding offers five consortia were left for the binding offer round. Finally, four of those consortia submitted their offers in July 2014. The process ended with the opening of a second binding round involving the two highest bids. The two remaining consortia submitted improved offers on 15 July 2014. The purpose of the chosen tendering process was to maximise the selling price. At the same price it ensured that the auction was conducted under transparent and competitive conditions.

On 17 July 2014, it was decided that the winning bid for the Credit Portfolio was the offer from Blackstone for the previously mentioned amount of EUR [3595 – 3615] million. The Credit Portfolio was transferred to a new special purpose vehicle for an amount equal to its net book value of EUR [4110 – 4200] million. Blackstone contributed EUR [3595 – 3615] million to that vehicle, which was the same value as its winning offer, and FROB the remaining EUR [515 – 585] million. In returned they were given bonds issued by that vehicle. However, not only was there a difference in the amounts contributed by Blackstone and FROB, but also in the ranking of their involvement. Blackstone held class A bonds [with priority] while FROB held class B bonds [subordinated]. The completion of the sale was subject to authorisation by the Commission. In addition, FROB provided warranties that it was not open to any liability that would impede the conclusion of the transaction.

The sale of CX Banc to BBVA

The Spanish authorities designed the sale of CX Banc as a two-stage process. The first stage consisted of analysing the economic and financial situation of CX Banc and gauging the interest of the market so that FROB could decide whether it would be profitable to launch a sale process. In the second stage, CX Banc’s sale process was to be executed.

An external advisor to FROB carried out a vendor’s due diligence analysis of CX Banc. In parallel, internal calculations on expected loss were reviewed [including an assessment by a third-party of the expected loss methodology], a business plan prepared by CX Banc’s management was challenged and potential contingencies that might negatively affect the valuation were identified.

As part of that first stage, FROB’s advisor informally contacted banking institutions and investors to gauge market interest in CX Banc and identified those players that might potentially be interested in participating in a sale process. After the banking institutions and private equity funds that had confirmed their interest had signed a non-disclosure agreement, access was granted to a Virtual Data Room [that contained the vendor’s due diligence as well as a data tape]. Furthermore, they were offered the opportunity to have meetings with CX Banc’s management. Potential bidders could also ask questions that had arisen when reviewing the information uploaded to the virtual data room.

In June 2014, FROB informed potential bidders of the opening of a competitive tender process. In total, three formal binding offers were finally submitted by interested bidders at the end of the process on 18 July 2014. On 21 July 2014, FROB selected the offer submitted by BBVA [the amount was undisclosed].

In addition to representations and warranties which were claimed to be standard in the context of business disposals [e.g. FROB’s legal standing], FROB provided all potential buyers with a number of guarantees that would protect them should specific contingencies materialise. Those guarantees concerned primarily tax charges (VAT) originating from asset transfers to third parties and damages resulting from court rulings awarding compensation to investors.

Possible State aid to the buyers

More specifically, the Commission considered the claim that “(91) […] the real value of those bonds and guarantees as estimated by the Spanish authorities would give rise to a loss for the FROB of EUR [500 – 1000] million compared with a positive price of EUR […] million obtained for the sale of CX Banc.”

With respect to the acquisition of the class B bonds for an amount of EUR [515 – 585] million, the Commission concluded that there was no advantage to the buyer of the Credit Portfolio or to the special purpose vehicle, because that amount was fixed through an open, transparent and competitive tender process. [Paragraph 93]

With regard to the warranties granted by FROB as part of the sale of the Credit Portfolio, the Commission acknowledged that they were normal in the context of a business disposal. A private investor would grant them too. The Commission also noted that they were granted in an open and competitive tender process and were available to all parties participating in that process. The Commission also observed that, had those representations and warranties not been granted by FROB, their absence would have been reflected in a lower price paid by the buyers of the Credit Portfolio and/or CX Banc. In sum, they did not confer any advantage either on the buyers of the Credit Portfolio or the special purpose vehicle. [Paragraph 94]

In addition the Commission paid particular attention to two categories of representations and warranties: (i) a guarantee over wrong information on defective credits and (ii) a guarantee over court rulings concerning compensation of investors. The Commission first noted that they were also available to all bidders and their value, therefore, was reflected in the price offered. Then it accepted that they were fairly and conservatively priced by an external advisor.

The Commission also accepted that the guarantees in the context of the sale of CX Banc were priced equally objectively, fairly and conservatively by an external advisor [paragraphs 95-96]. As in the case of the representations and warranties granted by FROB as part of the sale of the Credit Portfolio, the guarantees provided as part of the sale of CX Banc were considered by the Commission to be normal practice in the context of a business disposal. They were also granted in open and competitive tender process and were available to all parties participating in that process. Moreover, had those guarantees not been granted by FROB their absence would have been reflected in a lower price paid by the buyers of CX Banc. [Paragraph 99]

[However, the Commission went on to assess the compatibility of other measures in favour of CatalunyaCaixa or CX Banc for which there was no doubt that they constituted State aid. It declared them compatible with the internal market.]