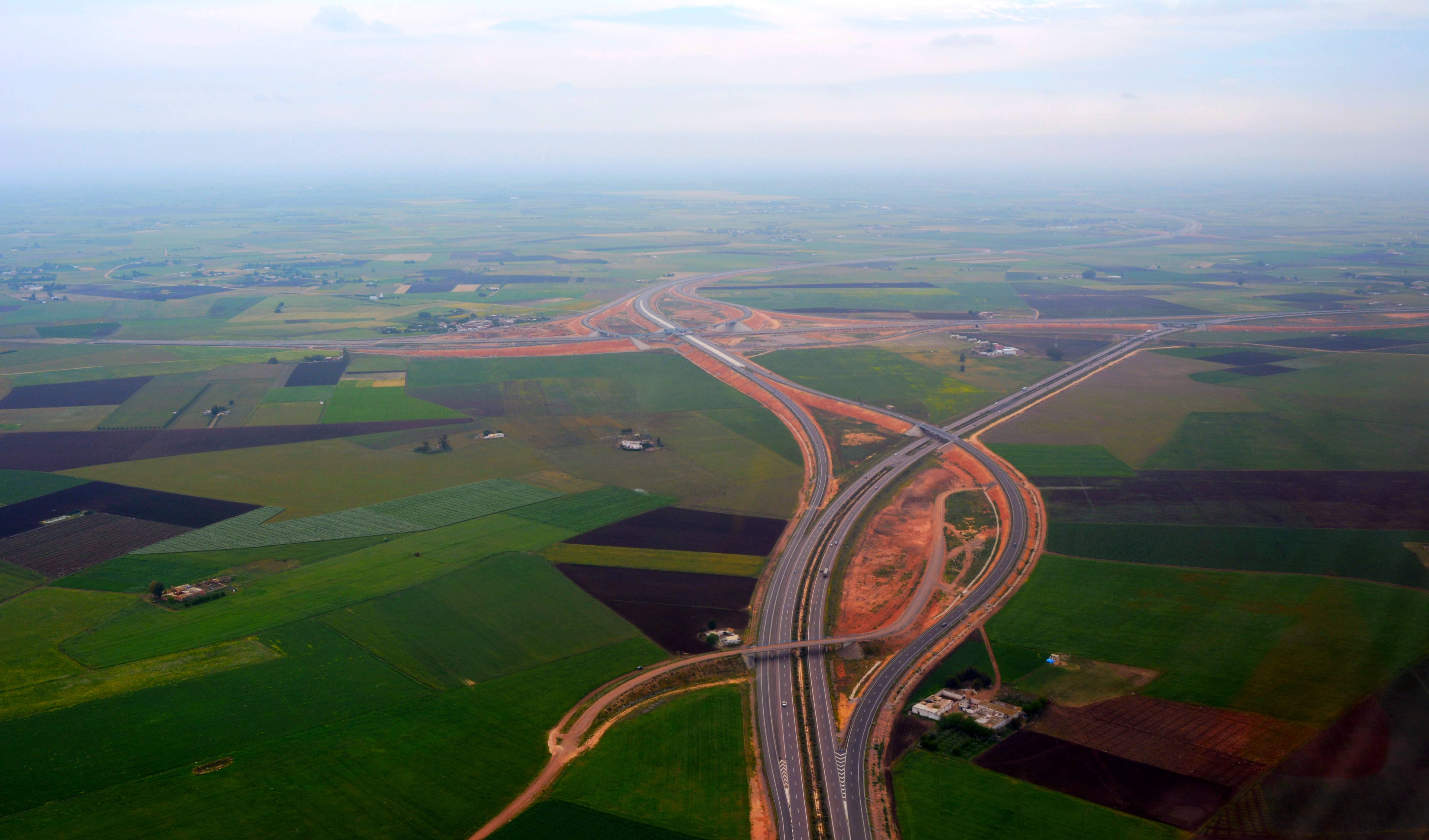 The existence of State aid must be checked at the level of both the direct and indirect beneficiaries who are the owners and users of infrastructure, respectively. If payments to private land owners are to be free of State aid, they must be calculated on the basis of an objective formula that takes into account the size and value of land.

But like with all simple rules, there are exceptions. Sometimes it is not easy to distinguish between general use and “bespoke” use. And, sometimes access is not free but public funding does not confer an advantage if it satisfies the “market economy operator” principle.

The first case which is reviewed in this article concerns infrastructure which could have been designed for specific needs. The second case concerns the construction of utility networks whose funding could have conferred an advantage to the owners of land where the pipelines were laid.

In decision SA.54436, the Commission examined an investment scheme for the construction of irrigation infrastructure in Bavaria, Germany.[1] The scheme was funded by the Bavarian Ministry of the Environment and Consumer Protection. The purpose of the scheme was to develop a sustainable irrigation system that would minimise adverse impact on the environment. The overall budget of the scheme was EUR 40 million.

The Commission made a distinction between direct and indirect beneficiaries:

The aided “(13) infrastructure will cover a certain connected area under agricultural, horticultural or viticulture use and will provide, free of charge, water to all agricultural users within this area who need it for irrigation purposes. Insofar as the quality and quantity of the water allows, it can also be used for other agricultural water utilisation or by other users outside agriculture.”

The eligible beneficiaries – i.e. local authorities (cities, communes) and water and soil associations – have to keep separate accounts for any economic activities and non-economic activities in order to prevent cross-subsidisation. [paragraph 14]

The aid recipients will also be obliged to comply with specified environmentally friendly practices such as appropriate water management, maintenance of biotope structures, sustainable use of landscape water, etc.

In addition, aid recipients are required to award contracts for the construction of the irrigation infrastructure on the basis of public procurement procedures.

The maximum aid intensity will be 50% of eligible costs up to EUR 10 million per grant.

The Commission noted that “(20) the infrastructure will be comprehensive in the project areas concerned and will therefore constitute a natural monopoly.”

“(21) No aid will be granted for the creation of additional reservoirs and supply lines at the level of individual agricultural undertakings, which could aim at increasing the available water volume and the productivity of the undertakings concerned. Rather aid will be granted for the construction of irrigation infrastructure outside of individual undertakings, the use of which will be conditioned on the renouncement of existing abstraction rights and the acceptance of an external water management.”

“(23) Currently, those undertakings can obtain their irrigation water independently, mainly from ground water and partly from surface waters, free of charge.”

“(24) Under the envisaged project, agricultural undertakings will renounce their existing permits and commit to connect exclusively to the aided irrigation infrastructure. In case of drought, water will be divided fairly, which could also result in a limitation of water volumes for certain undertakings.”

“(25) The German authorities underlined that the envisaged scheme will only have positive environmental effects as it aims at preserving ground water and water bodies in the areas concerned.”

The Commission cited, first, seminal case law on the definition of undertakings – entities that engage in an economic activity, regardless of their legal status and the way in which they are financed [See judgments in cases: Pavlov, C-180/98; Cassa di Risparmio di Firenze, C-222/04].

Then the Commission examined the existence of State aid at two levels: at the level of direct and indirect beneficiaries.

“(32) Under the notified scheme, aid will be granted to local authorities and water and soil associations …, which are public bodies as well.”

“(33) They receive aid for the establishment of a comprehensive irrigation infrastructure … . It has therefore to be examined whether such activity can be considered an economic activity”.

“(36) Consequently, […], the notified scheme does not constitute State aid, in the sense of Article 107(1), TFEU, at the level of the direct beneficiaries.” At this point, the Commission also noted in footnote 3 that “construction of the irrigation infrastructure will be awarded based on a tendering procedure, which should exclude an advantage also at the level of the contractor”.

“(37) The planned irrigation infrastructure will be mainly used by agricultural undertakings …, who are therefore the indirect beneficiaries of the notified scheme.”

“(38) Currently, those undertakings can obtain their irrigation water independently, mainly from ground water and partly from surface waters, free of charge”.

“(39) With the planned irrigation infrastructure, the abovementioned agricultural undertakings will continue to obtain water for irrigation purposes free of charge”.

“(40) Moreover, the German authorities confirmed that components used at the level of individual undertakings as well as replacement investments are not eligible”.

“(41) They furthermore underlined that no aid will be granted for the creation of additional reservoirs and supply lines at the level of individual agricultural undertakings, which could aim at increasing the available water volume and the productivity of the undertakings concerned”.

“(42) The indirect beneficiaries will therefore not obtain any economic advantage from the planned irrigation infrastructure.”

“(43) Consequently, […], the notified scheme does not constitute State aid, in the sense of Article 107(1), TFEU, at the level of the indirect beneficiaries.”

The analysis of the Commission with respect to the indirect beneficiaries is not fully convincing. It may indeed be true that the scheme has a neutral monetary effect on them: they pay nothing for their water today and they will continue to pay nothing in the future.

But the scheme is voluntary. This immediately raises the following question. Why would a farmer opt to join the new irrigation system? One possible reason is that the new system will stabilise the amount of water they receive, reducing the risk from the vagaries of the weather or from possibly irregular extraction from underground aquifers. In fact, the success of the scheme, like any public measure that aims to address environmental externalities, surely depends on attracting as many farmers as possible. Otherwise, its environmental impact will not be significant.

Perhaps it was too difficult to calculate the GGE of the advantage that could be derived from connection to the new water network. But in this case, the Commission should have considered the compatibility of the scheme with the internal market. It is not unusual for the Commission to find that aid is necessary and proportional even when the amount of aid cannot be calculated precisely.

II. Use of land for pipe lines and power lines

When utility companies [e.g. gas, electricity, water, telecoms] lay their networks, they have to compensate land owners. In addition to payments for damages, network companies pay to land owners a so called “cooperation indemnity” if they agree to make their land available without contesting the request from the utility companies so that the latter can carry out works without delay. [This is because property owners cannot be deprived from their property or the so-called “rights in rem”.]

Some land owners are private individuals. For them, any payment by a state-owned company would not constitute State aid. Therefore, the Commission examined only payments for the use of land owned by undertakings such as farmers.

Because the gas and electricity transmission networks are owned by state companies, the Commission had to determine whether payments by those companies could be classified as transfers of state resources.

The Commission considered that “(54) the case law of the Court of Justice of the European Union has also established that the mere fact that the State is the sole shareholder of an undertaking does not lead to the conclusion that it can exercise a dominant influence that enables it to direct the use of the resources of such undertaking.” “(55) Along the same lines, the fact that the Dutch authorities have an indirect influence on the use of network companies’ financial resources does not automatically lead to the conclusion that they have control over these resources themselves, as it should be proven that the State holds a power of disposal.” [Emphasis added] [Here the Commission cited the case: C-405/16 P, Germany v Commission, paragraphs 80-86.]

But because the Commission was not able to determine whether the state had the “power of disposal”, it left this issue unresolved. Perhaps it should be noted that while the Court did refer to the power of disposal in paragraphs 73-75 of the cited judgment, it did not mention it in paragraphs 80-86. At any rate, however, what is important is that the Court appeared to make a distinction between the “dominant influence” of the state over those who manage certain resources and the “power of disposal” of the resources themselves. That is, in the mind of the Court there is a crucial difference between the control that the state can in principle exercise over the manager of funds or resources and the more direct control that it can exercise over specific funds or resources. What matters, for State aid purposes, is the latter.

Imputability to the state

Although “(69) it seems that the measure at hand is not likely to be imputable to the State”, the Commission did not take a definitive position on imputability because the relevant Dutch authorities could appoint the boards of those companies.

The Commission compared the conduct of the network companies to that of a market economic operator [MEO] who is guided by prospects of profitability in the long-term.

It found, first, that “(74) The calculation method [for the “cooperation indemnity] is applied in a uniform, transparent and accountable manner, following the agreed result of negotiations between the parties concerned, on the basis of which the individual cooperation indemnities are calculated, offered and, when an agreement is reached, paid to the landowners and land users concerned.”

“(75) The acceptance by a landowner and land user of the “cooperation indemnity” offered by network companies for the long term cooperation of landowners and land users represents an economic value for the network companies …, which is the result of a mutually agreed transaction and therefore constitutes the market price of such a transaction. … The amounts are in fact calculated on the basis of used ground surface and a ground price that has been agreed after negotiation.”

“(84) The network companies are managed as corporations with limited liability on the basis of economic business principles of efficiency, effectiveness, solvency and profitability. Excessive payments or overcompensation would not be in line with these principles. … The cooperation indemnity agreed upon in the contracts, therefore, cannot be considered to confer an advantage on its recipients, as it is in line with normal market conditions.”

“(12) If such an agreement between the landowners and land users and the network companies is not reached, the land concerned can become available for use following a decision of the Ministry of Infrastructure and Environment … In that case, the landowners and land users do not receive the contractual amounts for rights in rem and cooperation …, but may only receive compensation for damages following the provisions of the law.”

Even though the Commission was not sure that the resources of utility companies were under state control or that the decisions of the companies could be imputed to the state, it concluded that the compensation conferred no advantage to land owners because it was calculated on the basis of an objective formula according to the land surface and the land price. Therefore, compensation payments were free of State aid.