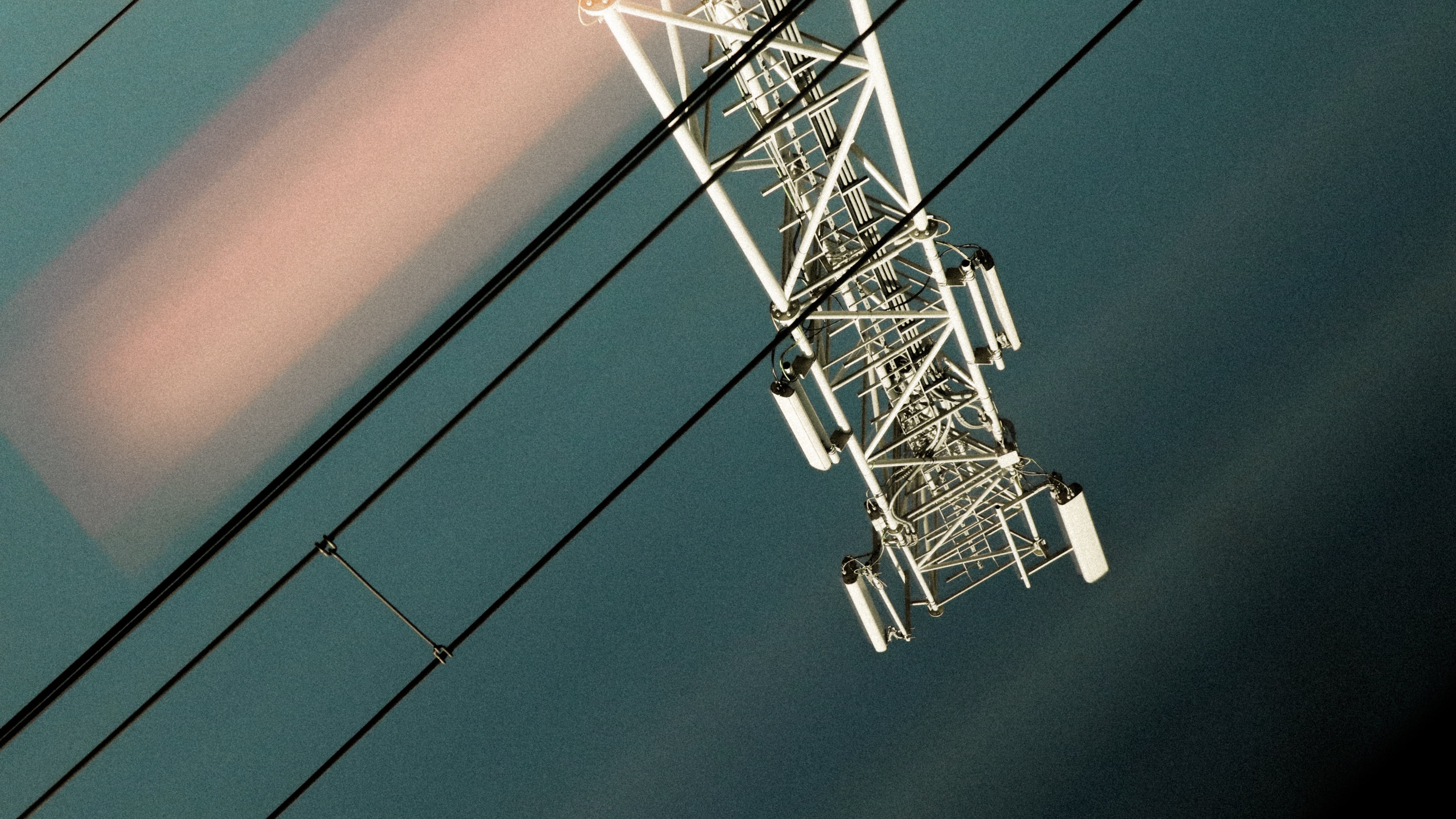 Introduction[1]
On 20 December 2017, the Court of Justice delivered three judgments in appeals against rulings of the General Court concerning the expansion of digital terrestrial television in rural areas in Spain. The Court of Justice dismissed two of the appeals but upheld the third which was lodged by Comunidad Autónoma de Galicia. Galicia requested the annulment of the ruling of the General Court in case T‑463/13, Comunidad Autónoma de Galicia v Commission. In that case, the General Court found that the Commission had correctly concluded in decision 2014/489 that Spain had granted State aid to operators of digital terrestrial television. However, the Court of Justice, in its judgment on case C-70/16 P, disagreed.[2]Spain had implemented a series of measures to support the switch from analogue broadcasting to digital broadcasting. Because some rural areas were of little commercial interest to broadcasters, Spain offered incentives to encourage investment in digital technology.The Commission found those incentives to constitute State aid to the operators of terrestrial television platforms. Moreover, the aid was incompatible with the internal market because it violated the principle of technological neutrality. Although the aid supported an objective of common interest, the fact that it did not respect the principle of technological neutrality meant that it was neither an appropriate instrument, nor proportional.The Commission also found that the aid could not be justified under Article 106(2) TFEU because there was no clearly defined public service obligation. For this reason it also rejected the Spanish claim that the measure in question complied with the Altmark conditions and that it did not constitute State aid.The applicants put forth several pleas of which all but one were dismissed by the Court of Justice. The rejected pleas did not involve any arguments of interest. However, the plea that was upheld concerned the selectivity of the measure and on this point the reasoning of the Court of Justice is quite significant.
Selectivity

At the outset, the Court of Justice reiterated that “(58) the assessment of [selectivity] requires it to be determined whether, under a particular legal regime, a national measure is such as to favour ‘certain undertakings or the production of certain goods’ over others which, in the light of the objective pursued by that regime, are in a comparable factual and legal situation”.

“(59) As regards the examination of the condition relating to the selectivity of an aid measure, the Court has held that that examination must be supported by sufficient reasons to allow full judicial review, in particular of the question whether the situation of operators benefiting from the measure is comparable with that of operators excluded from it”.

It is worth recalling that the judgment in the Lübeck case concerned the charging of landing fees which were lower than those at other airports. The lower landing fees charged by Lübeck were found not to be selective because they applied to all airlines that used that airport and because they were decided autonomously by Lübeck airport. In other words, they applied uniformly to all airlines to which they could possibly apply. This was the case of a measure adopted by a sub-national authority and which had a narrow sectoral scope [applied only to one sector] and limited geographic application [the area of Lübeck]. Hence the case of Lübeck is not really comparable to measures adopted by central governments.

It is also worth citing the relevant text of the judgment of the General Court [here is a rough, non-official translation]:

(84) It should be noted that the criterion of selectivity within the meaning of Article 107 (1) TFEU requires that the measure in question favours certain undertakings or certain products. [.].. It must be held that [the measure in question] does not apply without distinction to all economic operators. It cannot therefore be regarded as a general measure of fiscal or economic policy which does not constitute State aid within the meaning of Article 107 TFEU. (85) As the applicants claim that the criterion of selectivity is not fulfilled because of the lack of comparability between land platform operators and that of other operators, it is sufficient to point out that, […], the notion of State aid does not refer to State measures introducing a differentiation between undertakings and, therefore, a priori selective, where that differentiation results from the nature or the economy of the system in which they fall […]. In the present case, the measure in question differentiated in that it subsidised the broadcasting sector in order to deploy digital television […]. (86) Regarding the argument that the statement of reasons for the selective nature of the measure in question is insufficient, it must be held that it appears from recital 113 of the contested decision that, according to the Commission, the advantage was selective, since the measure only benefited the broadcasting sector and, in this sector, this measure only concerned companies operating in the terrestrial platform market. Such a statement of reasons is sufficient in the present case in view of the precision of that criterion in the case-law (see paragraphs 84 and 85 above).

It is obvious that the General Court considered sufficient that a sectoral measure is prima facie selective. But this was not enough for the Court of Justice. The problem is that the Court of Justice does not indicate what is the required standard of comparability or, on the other hand, difference.

At any rate, when an appeal is well founded and the decision of the General Court is set aside, the Court of Justice may itself give final judgment in the matter. For this reason it proceeded to annul Commission decision 2014/489. This means that the Commission will have to re-open the case and correct the defective part of its decision. That is, the Commission will have to explain why the beneficiary broadcasters were in the same situation as other broadcasters or other companies in other sectors.

How will the Commission repair its own assessment of selectivity?

At first glance, this appears to be an impossible task. By definition a measure that supports digital terrestrial broadcasting cannot apply to non-terrestrial broadcasting or to other sectors. Moreover, no two companies are identical. How then can different companies be found to be “comparable”? Hence, one may conclude that, “in the light of the objective pursued by that regime” [i.e. the measure in question], no other company is in the same situation as terrestrial digital broadcasters. This, however, would be the wrong conclusion.

According to the Court of Justice in case C-270/15 P, Belgium v Commission, a Belgian measure that paid for the cost of tests for BSE was selective because Belgium did not pay for the cost of tests for other diseases or for the cost of other obligatory tests in other sectors. In other words, the selectivity of a measure can be inferred by its own narrow scope of application. The Belgian measure provided relief only for BSE tests although similar tests were carried out in other sectors.

A similar reasoning was developed by the Court of Justice in case C-106/09 P, Commission v Gibraltar. A new tax regime in Gibraltar was designed in such a way as not to apply to offshore companies. But the Court of Justice inferred that it was selective by the fact that there was a mismatch between the aim of the tax [which was to tax profits] and the method by which the tax was levied. The method was too narrow as the tax was levied on the number of staff and size of office space.

The following example can illustrate how the aim or scope of application of an aid measure determines which companies are in a comparable situation. Assume that, following an urban health study, a public authority grants aid to owners of pubs and cafes to install air filtering equipment for the purpose of improving the quality of the air during winter months when doors and windows are closed. The measure refers only to pubs and cafes where there is a high density of persons per square meter. However, given the purpose of the measure, in a comparable situation this can also be the case in clubs, restaurants and even open-plan offices.

The answer, then, to the question posed at the beginning of this section is that it is not necessary to prove that companies are identical. In fact it does not matter that they are all very different. The only thing that matters is the scope of the objective of the measure in question. That is the determinant of whether different and distinct companies are in a comparable situation.

By applying the same logic as in the Belgian and Gibraltar cases, the Commission should conclude that the Spanish measure was selective because it offered investment aid only to one sub-sector whereas investment was carried out by companies in other sectors too.

[1] Once more, I am grateful to Péter Staviczky for comments on an earlier draft.