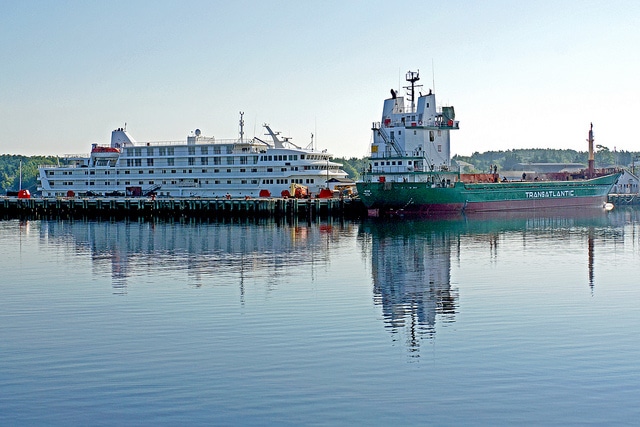 A tax measure that applies to certain transactions is not selective if it does not preclude any company or type of asset. Conditions for the application of a tax measure may be justified by the logic of the tax system. The Commission may not use Article 107(3) to assess the compatibility with the internal market of a tax measure that does not constitute State aid.
Introduction
On 9 December 2014, the General Court ruled in case T-140/13, Netherlands Maritime Technology Association v European Commission.[1] The Netherlands Maritime Technology Association applied for annulment of Commission Decision SA.34736 of 20 November 2012 concerning a Spanish tax scheme which permitted the early depreciation of certain assets acquired through financial leasing. The Association argued that the Spanish measure constituted State aid that in addition was incompatible with the internal market.
Background
When the Commission began its investigation into the measure in June 2011, it believed that it was State aid and, moreover, it had serious doubts as to its compatibility with the internal market. It concluded its investigation in July 2013 with negative decision 2014/200 in which it ordered recovery of the incompatible aid.[2]The measure for which the Commission adopted the negative decision was very complicated. When shipping companies wanted to purchase vessels constructed by Spanish shipyards they had to obtain their vessels through two third parties. The shipyard would first sell the vessel to a leasing company set up by the financing bank. The leasing company was allowed to subject the vessel to accelerated depreciation. It would then lease the vessel to an Economic Interest Group [EIG] which brought together several investors. At the end of the leasing contract, the EIG would buy the vessel and then resell it to the shipping company that placed the initial order with the shipyard. However, before the sale was effected, the EIG would apply to the tax authorities to opt out of the normal corporation tax system and opt into the tonnage tax system that applied to vessels.By obtaining the vessel through this circuitous route, the shipping company and every other party involved would derive a significant tax relief. The Commission considered that the measure conferred a selective advantage through the accelerated depreciation and the change of tax status of the EIGs.In May 2012 Spain notified a modified measure. It too provided for accelerated depreciation but it was not limited only to vessels. It covered the purchase of any asset through leasing. In November 2012 with decision SA.34736 the Commission concluded that the early depreciation of certain assets acquired through financial leasing did not constitute State aid.[3]In the November 2012 decision, the Commission noted that the measure was applicable to all companies which were subject to income tax in Spain without distinction according to sectors of activity, places of establishment, size or legal status. The fact that the measure applied only to assets acquired through a leasing contract did not give rise to a selective advantage, as any asset could be financed through leasing contracts, which could be used by companies of all sizes operating in all sectors of the economy. The Commission also noted that the notified measure applied both to assets built in Spain and those built in other Member States.

The Netherlands Association made two main pleas: first, that the Commission should have had serious doubts and should have opened the formal investigation procedure and, second, that the modified measure was still selective and constituted State aid.

As I have pointed out in several recent articles, competitors have more chances of success to challenge a Commission decision when no formal investigation is carried out. This is because, as competitors, they have the right to submit comments and EU courts protect this procedural right. Whereas if the Commission decision is taken after a formal investigation, competitors can only challenge it if they can prove that they are “directly and individually concerned” – an unlikely prospect that rarely succeeds before EU courts.

The General Court examined the plea concerning serious doubts by recalling that “44 […] where the Commission is unable to reach the firm view […] that a State aid measure either is not ‘aid’ within the meaning of Article 107(1) TFEU or, if classified as aid, is compatible with the Treaty, or where that procedure has not enabled the Commission to overcome all the difficulties involved in assessing the compatibility of the measure under consideration, the Commission is under a duty to initiate the procedure under Article 108(2) TFEU, without having any discretion in that regard.”

The General Court explained that “45 […] the concept of serious difficulties is an objective one. […] A decision adopted by the Commission without initiating the formal investigation procedure can be annulled on that ground alone, because of the failure to initiate the inter partes and detailed examination laid down in the FEU Treaty, even if it has not been established that the Commission’s assessments as to substance are wrong in law or in fact.” “46 The applicant bears the burden of proving the existence of serious difficulties”.

It is now well understood that when the Commission needs more time than the usually two months allowed for a preliminary examination under Article 108(3) TFEU, together other factors, it may lead to the conclusion that the Commission encountered serious difficulties.

The Court concluded that although it took the Commission almost six months after notification to adopt its decision, which was obviously longer than the statutory two-month period, this fact alone was not sufficient in itself to indicate the existence of serious difficulties. The Commission took longer because it was in correspondence with the Spanish authorities for further clarification of the measure.

Then the Court examined the second main plea of the Netherlands Association, which was that the measure was selective.

The Court recalled at the outset that “90 […] advantages resulting from a general measure applicable without distinction to all economic operators do not constitute State aid within the meaning of Article 107 TFEU.” It agreed with the Commission that the Spanish measure was a general measure which did not confer a selective advantage, since it applied to all undertakings which were subject to income tax in Spain. It went on to state that although it was “91 […] true that the notified measure concerned only assets acquired through a financial leasing contract, that limitation was not selective, because any kind of asset acquired by any kind of company active in any sector of the economy can be the subject of a leasing contract.”

“99 According to the case-law advantages resulting from a general measure applicable without distinction to all economic operators do not constitute State aid within the meaning of Article 107(1) TFEU. Further, again according to the case-law, a different tax burden resulting from the application of a ‘general’ tax regime is not sufficient on its own to establish the selectivity of taxation for the purposes of Article 107(1) TFEU. The criteria applying to the different tax burden must, in order to be capable of being recognised as conferring selective advantages, be such as to characterise the recipient undertakings, by virtue of properties which are specific to them, as a privileged category, thus permitting such a regime to be described as favouring ‘certain’ undertakings or the production of ‘certain’ goods within the meaning of Article 107(1) TFEU”.

These findings of the General Court are important. Member States often design their tax measures explicitly to reward or penalise certain type of transactions. This “skewing” of tax measures is compatible with State aid rules as long as the targeted transactions are open to any category of companies.

Implicitly, the Court also endorsed the approach of the Commission which investigated the existence of selectivity in terms of i) size or type of company, ii) type of asset, iii) origin of the asset [Spanish or not].

In addition, the Court assessed the fact that the Spanish measure imposed certain conditions regarding the asset being custom-built and the construction period and pre-financing. The Commission had found that although those conditions applied only to certain financial leasing contracts, it nonetheless considered that they were consistent with the internal logic of the tax system. The assessment of the Court here is brief and less detailed. It repeated the findings of the Commission without adding any limitations or nuances [paragraphs 106-108].

It is therefore worth clarifying what precisely the Commission found in its decision SA.34736. According to the Commission, “(28) the measure only applies to assets acquired through a financial leasing contract, but this limitation does not introduce an element of selectivity. […] (29) The statistics provided by Spain […] show that financial leasing is used by companies exhibiting a wide range of taxable revenues”.

“(31) Although the measure is restricted to assets meeting special technical or design requirements which necessitate a construction period of at least 12 months – therefore excluding mass produced assets – and to cases where the leasing contract imposes on the lessee to make substantial advance payments, these restrictions can be considered consistent with the internal logic of the tax system in general.”

“(32) In view of the specific characteristics of the assets (tailor-made, long construction period) and of the substantial advance payments foreseen in the financial leasing contracts concerned, the lessee bears a significant part of the financial cost of the asset before it becomes operational. The 12 month construction period required as a minimum is an objective and horizontal condition that appears to ensure that the contract actually involves substantial pre-financing, thereby justifying the early deduction of the cost. That condition therefore appears to be rational and necessary to ensure the smooth functioning of the Spanish tax system and an effective application of the deductions scheme of leasing costs pursuant to the said tax system. It must therefore be considered to form an inherent part of it.”

“(34) Finally, the Commission would point out that, according to the case-law, even measures which, prima facie, apply to undertakings in general may be to a certain extent selective and, accordingly, be regarded as measures designed to favour certain undertakings or the production of certain goods.” That is the case, in particular, where the administration called upon to apply a general rule has a discretionary power in so far as it concerns the application of the measure at issue [at this point in footnote 14, the Commission cites case C-295/97, Piaggio SpA v International Factors Italia, paragraph 39].

“(35) The Commission considers however that the [notified measure] lays down conditions that are expressed in sufficiently precise and objective terms so that a discretional or discriminatory application by the tax administration seems excluded.”

“(36) The Commission also observes that the application of the new measure allowing early depreciation is optional and subject only to information to the tax administration, without being subject to prior authorisation. As a consequence, the tax administration will not dispose of any power to discretionarily authorise or reject the application of [the notified tax measure]”.

In essence, the Commission examined whether the specific conditions for the application of the Spanish measure were justified by the logic of the tax system and whether the Spanish tax administration had any discretion in its application. It should be recalled that the previous measure depended on administrative discretion because EIGs had to apply to the tax authorities to be allowed to come under the tonnage tax system.

ith respect to the absence of administrative discretion, the Commission findings are clear. The beneficiaries of the measure required no prior authorisation and the tax authorities would enforce the relevant rules on the basis of objective criteria. However, it is not clear why the limitation of the measure to tailor-made assets followed from the logic of the system. Therefore, on the issue of the justification of the measure, this judgment does not advance our understanding.

[1] The text of the judgment can be accessed at: http://curia.europa.eu/juris/document/document.jsf?text=&docid=160474&pageIndex=0&doclang=en&mode=lst&dir=&occ=first&part=1&cid=90627