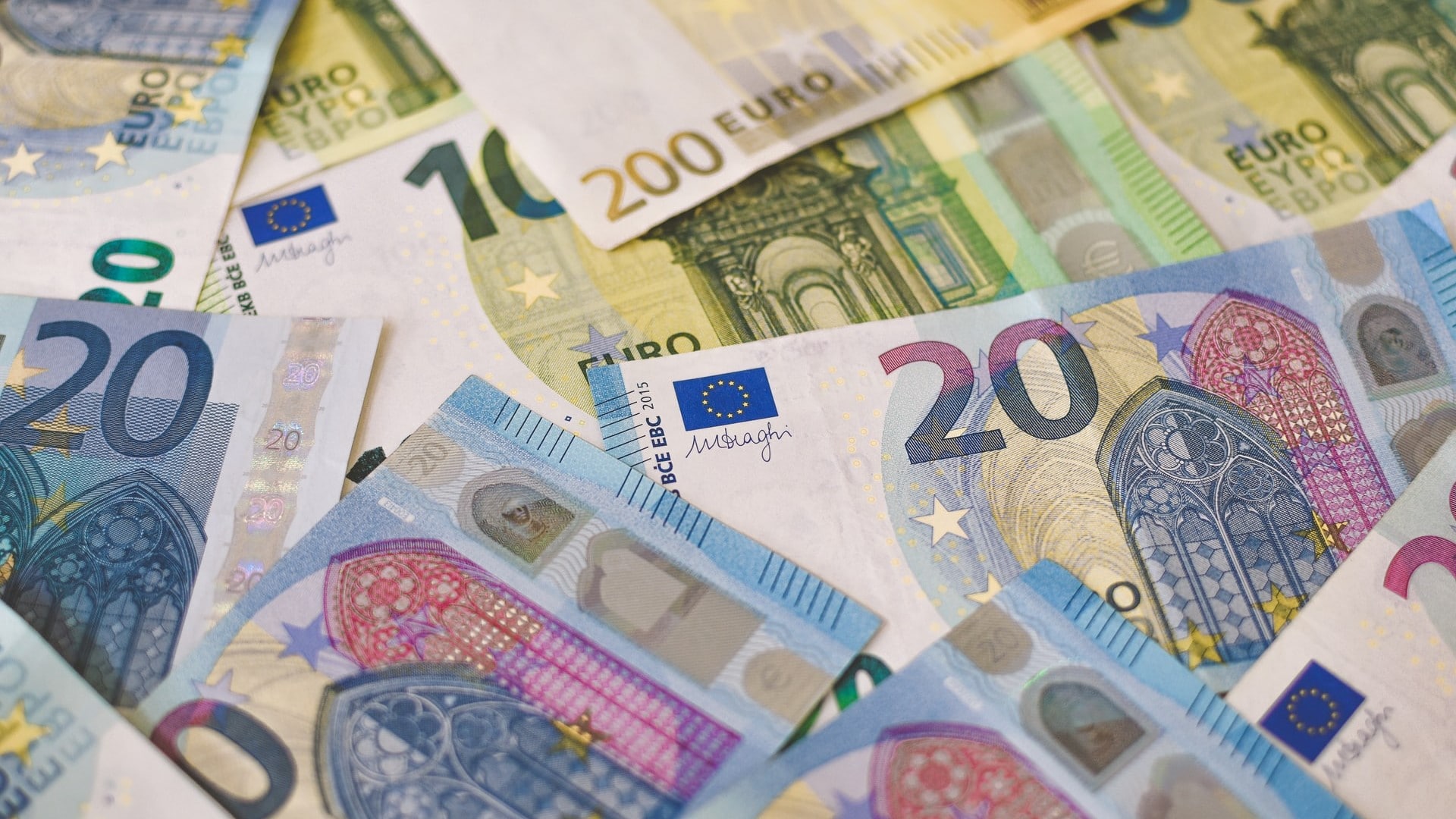 Exemption from a fine does not constitute State aid when it is based on transparent and pre-determined criteria.

Infringement of EU law determines the compatibility of State aid, not the existence of State aid.

An exemption from legal requirements that confers a selective advantage does not necessarily amount to State aid. In most cases, when beneficiaries are found not to receive State aid it is simply because the exemption does not cause a loss of state resources.

What happens in the case of an exemption from fines or penalties provided in law? Normally, there is automatically a loss of state resources. But the General Court ruled on 9 June 2021, in case T‑47/19, Dansk Erhverv v European Commission, that an exemption from a fine did not amount to State aid when the relevant legislation defined the circumstances for the exemption according to transparent and pre-determined criteria.[1]

In 2016, DE complained to the Commission that Germany had granted State aid to a group of retailers located near the border with Denmark. The aid measure targeted consumers resident in Denmark. The aid consisted of an exemption from the obligation to charge a deposit on non-reusable drinks packaging.

The Commission examined three related measures: exemption from the deposit, non-collection of the VAT and the non-imposition of a fine on undertakings which did not charge the deposit.

In October 2018, the Commission concluded that none of the three measures constituted State aid, primarily because beverages bought by consumers to be taken or consumed abroad did not fall within the scope of VerpackV.

Does infringement of EU and/or national law confer an advantage that constitutes State aid?

DE claimed that the Commission did not take into account Germany’s obligations under Article 4(3) TEU, Directive 94/62, on the ‘polluter pays principle’ and national law. Consequently, the non-charging of the deposit, the non-payment of VAT on the deposit and the exemption from fines, constituted State aid.

Accordingly, “(58) it is necessary to clarify to what extent provisions which do not relate to the law on State aid may usefully be relied on in order to establish that a State aid decision adopted by the Commission is unlawful.”

“(59) In that regard, a distinction must be made depending on whether the Commission decision at issue determines whether aid is compatible with the internal market or whether it rules, as in the present case, on the existence of aid.”

“(60) In the first situation, […], it is clear from the general scheme of the FEU Treaty that the procedure laid down in Article 108 must never produce a result which is contrary to the specific provisions of the Treaty. Accordingly, State aid, certain conditions of which contravene other provisions of the FEU Treaty cannot be declared by the Commission to be compatible with the internal market.”

“(61) Thus, the failure by a national measure, previously classified as State aid, to have regard to provisions of the FEU Treaty other than those relating to State aid may properly be relied on in order to challenge the legality of a decision by which the Commission considers that such aid is compatible with the internal market.”

“(62) In the second situation, concerning a Commission decision ruling on the existence of aid, the same is not true. The classification of a national measure as State aid is based on conditions exhaustively set out in Article 107(1) TFEU. […] None of those conditions refers to other provisions of the FEU Treaty or to legislation adopted by the European Union in the field of the environment.”

The General Court then clarified that “(63) the need to take account of requirements relating to environmental protection, […], however legitimate, did not affect the application of the condition of selectivity laid down in Article 107(1) TFEU and cannot justify the exclusion of selective measures, even specific ones such as environmental levies, from the scope of Article 107(1) TFEU, as account may, in any event, usefully be taken of the environmental objectives when the compatibility of the State aid measure with the internal market is being assessed pursuant to Article 107(3) TFEU.”

“(64) Furthermore, […] the fact that a national measure was authorised by an institution in accordance with provisions of EU law other than those relating to State aid did not prevent the Commission from finding that the measure was State aid […] Similarly, the pursuit, by a national measure, of grounds of general interest – which fell within the scope of national law in the case at issue but which may also fall within the scope of EU law – such as environmental protection, is a circumstance which is ‘ineffective’ at the stage of classification as State aid on the basis of Article 107(1) TFEU.”

On this point, the General Court concluded that “(65) it would therefore be contrary to the wording of Article 107(1) TFEU to consider that a national measure, because it infringes other provisions of the Treaty, constitutes State aid even though it does not fulfil the conditions expressly laid down by that provision for the purpose of identifying aid.”

“(67) It is true that Article 11 TFEU provides that environmental protection requirements must be integrated into the definition and implementation of EU policies and activities. However, such integration is intended to be carried out at the stage of the examination of the compatibility of aid and not that of the examination of its existence.”

For these reasons, the Court rejected the plea of DE.

Was there a transfer of state resources?

“(89) For the purposes of establishing whether the advantage given to the beneficiary is a burden on the State budget, it is necessary to determine whether there exists a sufficiently direct link between, on the one hand, that advantage and, on the other hand, a reduction of that budget, or a sufficiently concrete economic risk of burdens on that budget.”

“(94) In the present case, it must be borne in mind that, under Paragraph 9(1) of the VerpackV, the price of the deposit invoiced to the customer includes VAT. Consequently, where border shops do not apply the deposit, the VAT on the deposit is not collected in respect of the sales concerned.”

“(95) There is, therefore, potentially at least, a loss of tax revenue for the State, since the deposit scheme, if applied, would probably lead to net VAT revenue. It is unlikely that, despite the charging of the deposit, all packaging will be systematically returned and that, consequently, the VAT charged on sales will be refunded in full to the consumers to whom it has been invoiced.”

“(97) It must therefore be held that the Commission was fully entitled to conclude, […], that the condition relating to State resources was not satisfied as regards the non-charging of the VAT relating to the deposit.”

Before assessing the non-charging of the deposit, the General Court examined the non-imposition of fines.

In this connection, it noted that “(130) the Court has, to date, drawn a distinction between two situations. In the first, that of fine ‘exemptions’, certain undertakings are exempted from payment of a fine which they should normally or inevitably have to bear under the legislation. In that situation, the condition relating to State resources is considered to be satisfied […] In the second, that of ‘authorisations’, certain undertakings are formally granted, on the basis of transparent and pre-defined criteria, authorisation to adopt certain behaviour by the competent authorities. As that behaviour is, therefore authorised by the legislation, the non-imposition of a fine on those undertakings cannot, if the authorisation involves no unjustified difference in treatment in relation to other undertakings, be regarded as an advantage financed through State resources.”

But there was a problem. “(132) Such a context, in which the non-imposition of a fine is inseparable from the non-charging of the deposit and, therefore, from the interpretation of the relevant legislation, does not correspond to either of the two situations hitherto considered in the case-law on fines.”

“(133) First, the Commission could not rely on the existence of an authorisation which the competent authorities had granted to the undertakings concerned to adopt a particular conduct, here an exemption from the obligation to charge the deposit. The exemption from the deposit is the result, not of a prior and transparent authorisation, laid down by legislation, but of a mere practice on the part of the competent German regional authorities, which has been in place since 2005, or even since 2003, not to impose a fine on border shops where those shops do not charge the deposit.”

“(134) Secondly, the non-imposition of a fine is not the result of an express exemption from the obligation to charge the deposit set out in the VerpackV, which the author of that legislation had adopted.”

“(135) In those circumstances, the Commission was right to rely on a new legal test, based on the link between the interpretation of the relevant legislation and the exercise of the power to impose penalties by the authorities with that power, in order to examine whether the non-imposition of a fine could be regarded as an advantage financed through State resources. The Commission was also fully entitled to consider that the difficulties in interpreting legislation were, in principle, capable of precluding the non-imposition of a fine from being regarded as an exemption from a fine constituting State aid.”

However, the Court went on to fault the Commission for accepting that Germany could continue for a long period of time to invoke interpretational difficulties without acting to clarify the relevant law.

This is because “(141) the principle that offences and penalties must be defined by law requires the law to give a clear definition of offences and the penalties which they attract.”

“(143) It would therefore seem paradoxical if difficulties in interpreting such legislation allow Member States, which are the authors of that legislation, to avoid, without any temporal limitation, their obligations in relation to State aid. Those difficulties should justify non-imposition of a fine only for a limited and reasonable period, during which the applicable legislation must be clarified.”

“(146) It follows […] that the test relating to the existence of difficulties in interpreting the applicable legislation can apply only on condition that those difficulties are temporary and that they form part of a process of gradual clarification of legislative provisions.”

“(148) In the present case, […], the Commission did not refer to the temporary and inherent nature of the gradual clarification of the abovementioned difficulties of interpretation of the legislative provisions, although those two conditions must be satisfied in order for it to be possible to reach a finding that there are no State resources.”

“(164) The contested decision, therefore misapplied the test of difficulties in interpreting the applicable legislation.”

The non-charging of the deposit

Lastly, the General Court dealt with the issue of the non-charging of the deposit. Its analysis was brief.

It stressed that “(170) it should be borne in mind that the Commission itself stated, […], that, in view of its scope, Article 9(1) of the VerpackV had to be understood as requiring border shops to charge the deposit.”

“(173) Consequently, the applicant’s assertion that there is no specific legal basis in the applicable legislation justifying the non-charging of the deposit by border shops appears to be borne out.”

“(192) The non-charging of the deposit is not the result of an exception or exemption expressly provided for by the applicable legislation, nor of any guidelines on the application of that legislation. It is therefore apparent that it is an administrative practice, or even a mere concession the scope and content of which are far from clear.”

The General Court concluded that “(238) since the non-collection of VAT is inherent in the non-charging of the deposit, which is itself inseparable from the non-imposition of a fine on undertakings which do not charge the deposit, the contested decision must be annulled in its entirety.”

Photo by Ibrahim Boran on Unsplash