You are here: Lexxion > State Aid Blogs > State Aid Uncovered > When Does an Amendment of an Existing Aid Make it a New Aid? 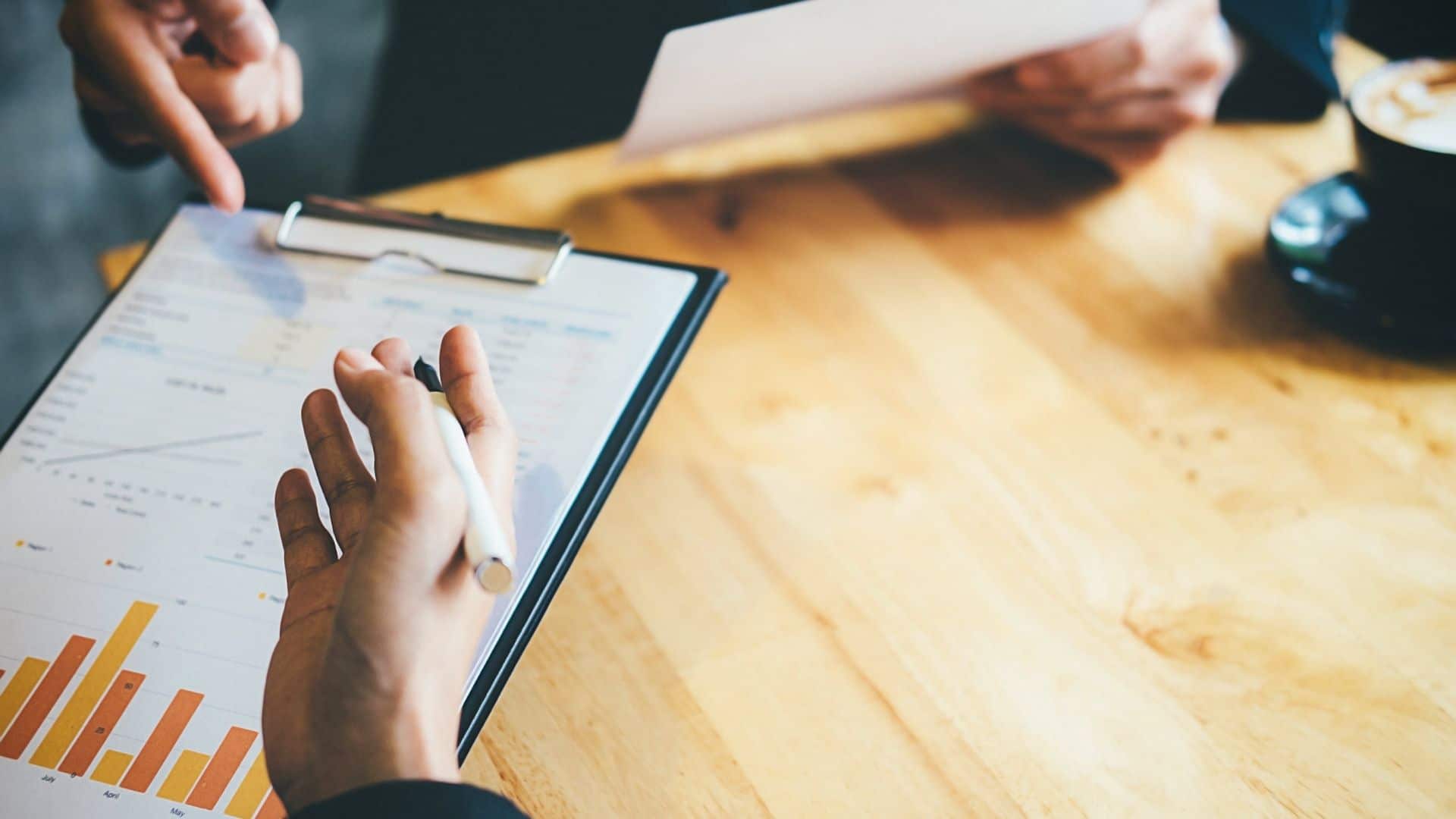 Existing aid becomes new aid if any amendment affects the assessment of its compatibility with the internal market.

Member States often amend and adjust State aid measures after they are approved by the Commission. Such changes must be carried carefully because they can turn an existing aid into new aid and all new aid has to be notified to the Commission, otherwise it is deemed to be illegal. Some changes are cosmetic or insignificant. But others may be more substantive and impact on their compatibility with the internal market.

The Court of Justice has held in numerous cases that any amendment that is capable of affecting the compatibility of an approved measure with the internal market must be re-notified to the Commission for additional assessment.

On 28 October 2021, in joined cases C-915/19 to C-917/19, Eco Fox and others, the Court of Justice interpreted the meaning of the amendment that does not affect the compatibility of State aid.[1] It is an amendment that changes features of the aid measure, such as the criteria for allocating aid among beneficiary companies, that are not taken into account by the Commission in its assessment. A trivial example would be a change in the address of the granting authority. This is because Commission decisions ignore the address of the granting authority as it would have no relevance whatsoever to the compatibility of the aid.

An Italian court submitted a request for a preliminary ruling in order to obtain guidance from the Court of Justice to resolve a dispute concerning the modification of an aid measure authorised by the European Commission, which provided for preferential tax treatment of biodiesel.

Italy had sought to encourage the growth of the market for biodiesel. The support measures contained State aid that had been notified to and authorised by the Commission. The biodiesel that benefited from preferential taxes was subject to quotas defining the maximum eligible quantities.

Because the Italian Council of State had cancelled certain provisions of the relevant legislation, the Ministry of Economy and Finance revised the measures in question by adjusting the quotas for biodiesel. Eco Fox was one of the beneficiaries of the quotas for biodiesel that was more favourably taxed. It challenged the revisions before a regional administrative court alleging that they contained new State aid.

The referring court asked the Court of Justice to determine whether the modification of the approved measure constituted new State aid.

The Court of Justice, first, noted, that national legislation modified the criteria for implementing the measure in question without the modification having been notified in advance to the Commission. While Italy was of the view that the modification did not have to be notified, the applicants, all producers of biodiesel, contested that view. [paragraph 35 of the judgment]

The Court recalled that within the framework of the State aid control system, the treatment of State aid differs depending on whether the aid is existing or new. While existing aid may, in accordance with Article 108(1) TFEU, be implemented until the Commission establishes that it is incompatible, Article 108(3) TFEU provides that measures containing new aid or modifying existing aid must be notified to the Commission. [para 36]

Under Article 1(b) of Regulation 659/1999, existing aid is, among others, authorised aid in schemes and individual measures approved by the Commission. It follows that the initial version of the aid scheme in question fell within the scope of the concept of existing aid.

The concept of new aid is defined in Article 1(c) of Regulation 659/1999, as all aid, in schemes and individual measures, which is not existing aid, including any modification of an existing aid. Article 4(1), of Regulation 794/2004 defines modification of an existing aid as any change other than changes of a purely formal or administrative nature which do not affect the compatibility of the aid with the internal market. [para 40]

This is because a change that is not purely formal or administrative may have an impact on the outcome of the assessment of the compatibility of the measure in question with the internal market.

Then the Court of Justice went on to explain that in order to determine whether the national legislation in question introduced an amendment to the aid measure that was liable to influence the Commission’s assessment of its compatibility with the internal market, consideration had to be given to the nature and the scope of the modification. [para 42]

As regards the nature and scope of the amendment, the national legislation amended, with retroactive effect, the criteria for the allocation, between the companies benefiting from the scheme, of the quantities of biodiesel to which the preferential rate of excise rate applied. In the versions of the scheme that existed previously to the amendment, the quota allocation criteria for tax-privileged biodiesel, attributed a lower weight to past production. [para 43]

The attribution of a higher weight to past production by beneficiary companies had the consequence that the so-called “historical” producers, operating in the biodiesel sector for several years, benefited from a tax-privileged quantity of biodiesel greater than that allocated to producers who, although having a higher productive capacity, had only entered this market in more recent times. [para 44]

The Court of Justice pointed out that the relevant national legislation did not affect either the circle of beneficiaries which had previously been eligible for the preferential regime, nor the budget of the aid scheme authorised by the Commission. That meant that neither was there any change of the definition of the product subject to the preferential excise rate, nor of the rate itself. [para 45]

Then the Court went on to note that the criteria for the allocation, between the undertakings benefiting from the arrangements, of the quantities of diesel to which the preferential excise rate applied did not constitute an element on which the Commission based its approval of the previous versions of the aid scheme. [para 48]

In particular, while the criteria for the allocation of the quantities of biodiesel benefiting from the preferential tax regime were communicated to the Commission, at least in the context of the various notifications, that criteria were not specifically addressed in any of the relevant approval decisions. [para 49]

This meant that the examination by the Commission of the compatibility of the aid scheme with the internal market was based on other factors.

However, neither the relevant approval decisions, nor the observations submitted to the Court in the context of the present cases showed that the modification introduced by the national legislation of the criteria for the allocation of the quotas, between the beneficiary undertakings, of tax-privileged biodiesel, were likely to influence any element of the Commission assessment in its decisions. [para 51]

The Court of Justice considered that the risk of overcompensation did not arise from the criteria for allocating the tax-privileged product as such, but depended on the ratio of the cost of producing energy from renewable energy sources to the market price of regular diesel. As long as the aid was limited to covering the difference between these two amounts, subject to a reasonable profit, overcompensation was excluded. [para 53]

The Court of Justice held that, although the legal amendment in question had the effect of changing the importance attributed to the two parameters for the purposes of the allocation of the aid, namely the actual production history of each undertaking concerned and its productive capacity, those two criteria remained relevant, and were even placed on an equal footing, so that the modification concerned was not likely to call into question the finding made by the Commission according to which only part of the production of each beneficiary undertaking was eligible for the preferential rate of excise duty under the aid scheme concerned. [para 54]

The fact that, due to the redefinition of the criteria for granting the advantage, certain beneficiaries were granted lower tax-privileged biodiesel quotas than those initially provided to them, while other beneficiaries saw their quotas increase, was not such as to influence the Commission’s assessment that the aid scheme was compatible with the internal market. [para 56]

The Court of Justice reiterated the well-established principle that the Commission may, in the case of an aid scheme, confine itself to assessing the general characteristics of the scheme in question, without being required to examine each particular case of application. The Commission does not have to focus on the individual situation of each company concerned. [para 57]

Consequently, the modification of the criteria for distributing the aid granted under the aid scheme did not affect the components of that scheme, as assessed by the Commission. Therefore, that change did not constitute a modification of existing aid subject to notification. It follows that its implementation could not be considered to be unlawful on the sole ground that it was not previously notified to the Commission. [para 58]

The Court of Justice concluded its analysis with the following statement: A modification of a preferential tax regime for biodiesel authorised by the Commission should not be considered as new aid subject to the notification obligation, when this modification consists in changing, with retroactive effect, the criteria for allocating the quotas of biodiesel benefiting from a preferential rate of excise tax, insofar as the modification does not affect the constituent elements of the aid scheme concerned, as assessed by the Commission for the purposes of its compatibility the internal market.

But this finding of the Court does not answer the question of whether the Commission’s assessment would have differed had it been aware of the amendment introduced by the Italian legislature. In other words, the Court was not explicit on whether the amendment was irrelevant to the compatibility of the aid scheme with the internal market.