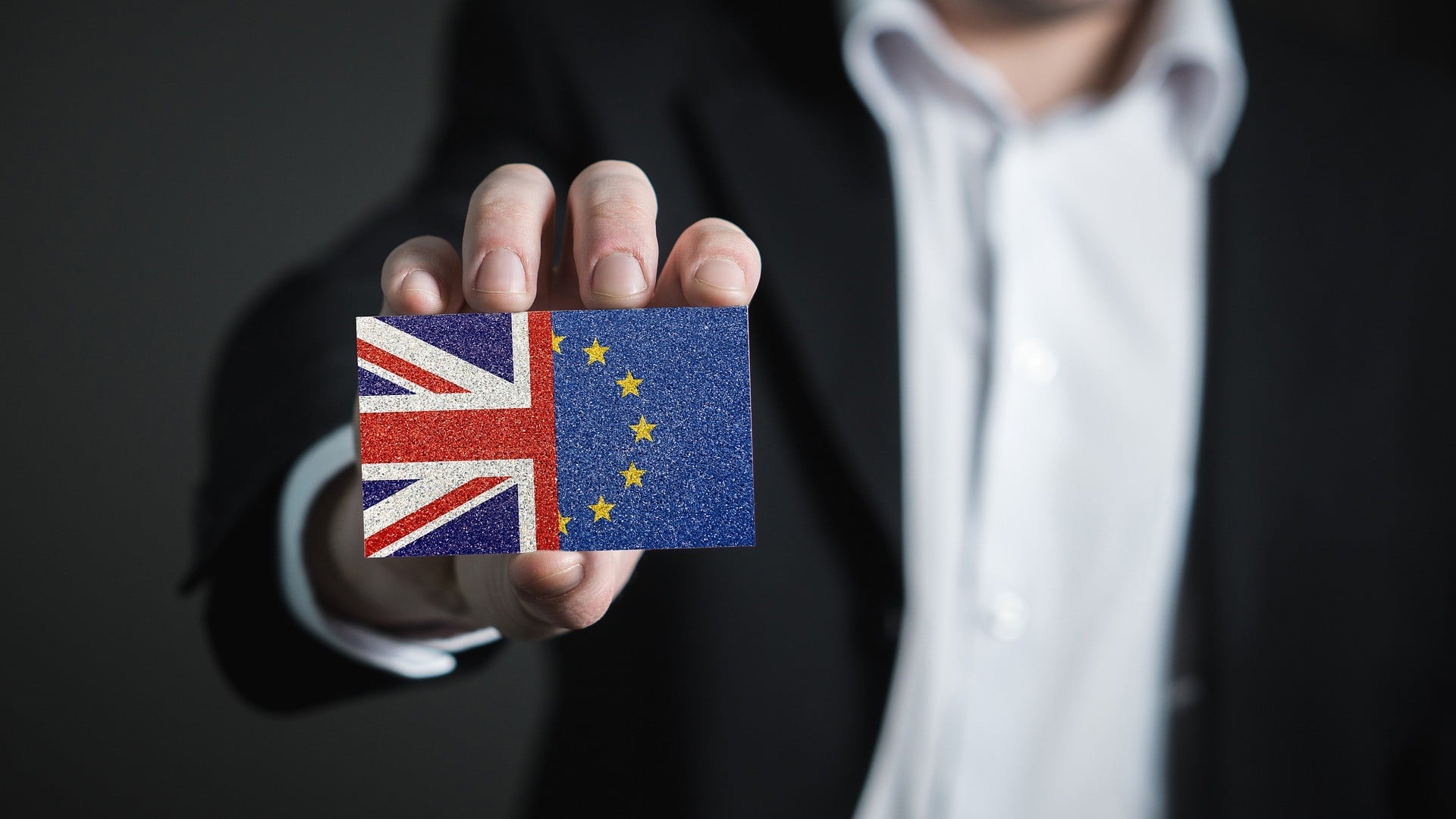 We are happy to receive a guest comment on the EU – UK post-Brexit trade negotiations from Professor Emerita, Erika Szyszczak, who is a Fellow of UKTPO at the University of Sussex.

This is a longer version of an earlier Blog published on the UKTPO website.

Control over State aid is a stumbling block for the future of an EU – UK trade agreement. The EU is seeking dynamic alignment of any future UK State aid rules. This is a bold demand, especially since the EU State aid rules will be in a state of flux in the forthcoming years. But if no agreement is reached there are implications for domestic UK policy.

Starting with the EU – UK free trade negotiations, the Political Declaration of 17 October 2019 agreed the need for a level playing field (LPF) for open and fair competition to flourish through regulatory convergence with common high standards in the areas of State aid, competition, social and environmental standards. [Point 77]

The EU mandate on the application of the State aid rules is consonant with the Association Agreements with the countries bordering the EU, especially the sophisticated EU – Ukraine AA. But the EU has set greater obligations for the UK.

The negotiation framework Council Directives[1] demand that the UK creates “[…] an independent, adequately resourced enforcement authority with effective powers to enforce the applicable rules which would work in close cooperation with the European Commission.“ [94]

Any disputes about the application of the State aid rules should be subject to dispute resolution.

The text also includes the provision to ensure that UK courts apply State aid rules and make preliminary references to the ECJ. This goes much further than the demands made of Ukraine where an independent regulator enforces and monitors the domestic State aid rules, with an annual report sent to the EU. The EU – Ukraine AA legal provisions do not have direct effect in Ukraine, and indeed there is little opportunity for domestic courts to apply the State aid rules.[2]

In its negotiating position of February 2020 the UK states that any new EU – UK Trade Agreement should include reciprocal commitments for transparency on the award of subsidies which go beyond the requirements set out in the WTO SCM Agreement. Both parties should notify each other every two years on subsidies granted to goods or services. This would be similar to the EU – Japan EPA and the CETA. In addition the future Agreement should allow requests for consultations on any subsidy that might harm the interests of the parties. The consultation commitment should not be subject to the Agreement’s dispute mechanism.

Under the May government of 2016-2019 the UK stance on State aid was hazy. It was accepted that some form of State aid regulation was necessary, mainly to prevent cities and regions from offering incentives for investment that could create regional imbalances.[3]

Underpinning this approach was a desire to avoid the “beauty contests” where cities and regions offer incentives for large companies to invest.

Contingency plans were made to cover the situation if the UK had left the EU without a Withdrawal Agreement: the State aid rules would be transposed into UK law and made operable in a domestic context, with the CMA as regulator. The Government prepared draft secondary legislation under the European Union (Withdrawal) Act 2018 (as amended) and provided additional funding to the CMA. But these regulations were withdrawn in February 2020 after ratification of the Withdrawal Agreement with the EU.

A change of perspective occurred with the appointment of Boris Johnson as Prime Minister and the clear majority obtained by the Conservative Party in the General Election of December 2019.

The constraints of the EU State aid rules were alluded to, for example, as to why the UK steel industry could not be propped up. But the political message was more than the removal of the EU yoke. Surprisingly the Conservative manifesto saw a greater role for the strategic use of public financing.  The Election campaign was imbued with the advantages of supporting local industries through a “Buy British” campaign without the constraints of the EU procurement and State aid rules. New promises were made of government spending on infrastructure, science and the levelling up of the regions in the UK. There was a vision, with a nod to the US, of ploughing public money into large-scale projects to create a vision of the UK as a world leader, unfettered by EU rules.[4]

The seismic shift to embracing public funding is also seen in the newspaper reports in 2019 of a secret Project Kingfisher, established to provide rescue subsidies to companies detrimentally affected by a No-Deal Brexit.[5] In May 2020 there were reports that the UK Chancellor of the Exchequer, Rishi Sunak has authorised a bailout plan, called Project Birch, to provide aid to companies affected by the COVID-19 pandemic.[6] The UK Government indicated that it is prepared to assist large companies “in exceptional circumstances“ and as a “last resort“ where an otherwise viable company has “exhausted all options“ and its failure would “disproportionately harm the UK economy“.[7]

Thus, the UK is at a cross-roads in State aid control. To maintain a close trade relationship with the EU it must manoeuvre into a position where it gives effect to a State aid regime equivalent to that maintained by the EU, with an effective and robust independent enforcement process. Understandably the Competition and Markets Authority did not want that role. In addition to the extra work from leaving the EU, the CMA recognises that a different skills set is required to handle State aid cases. Sotto voce it would prefer to be outside of political decisions on granting State aid.[8] Using the framework seen in other Association Agreements with the EU bridges could be built between the EU and the UK by allowing an UK – EU Committee to examine subsides which raise LPF concerns, perhaps with recourse to independent arbitration. But such a solution neutralises one of the main advantages of the EU State aid regime which relies on ex ante control.

The UK would also want to play a role in the development of the European Commission’s policy on State aid. According to the 2019 State aid Scoreboard 94.7% of new measures fell within the GBER.[9] Given the willingness of the Member States to frame their aid packages within the EU framework suggests the European Commission must get the balance right in judging the acceptability of its rules by the Member States.

But also there are stirrings within certain Member States of the need for the EU to allow for a more aggressive industrial policy at the national level. The UK could find any weakening of EU State aid policy leaves the UK exposed to greater competition from its nearest neighbours.

The UK has its negotiating hand tied.  George Peretz QC points out that already the effect of Articles 10 and 12 of the Northern Ireland Protocol is to preserve the application of EU State aid rules in the UK.[10] George Peretz QC shows that the Articles apply to any UK measure that has an effect on trade in goods between Northern Ireland and the EU27. He makes the point that the trigger of “effect on trade” is a low and imprecise threshold. But arbiters of the test will be the UK regulator, the UK courts, the European Commission and ultimately the ECJ. Thus the UK Government has no control over the interpretation of the test.

The UK has to find domestic credibility. The reaction of the government to the COVID-19 crisis has revealed the need for transparency in the granting of subsidies and accountability in procurement, to put aside allegations of cronyism. The large public investment necessary for the post-COVID-19 economic recovery will require a greater role for the state in the years to come. But, to date, we wait for a domestic plan for State aid.[11] On 15 May 2020 the Department for Business, Energy and Industrial Strategy replied to the House of Lords Internal Market Sub-Committee Inquiry into UK–EU negotiations on the level playing field and State aid[12] dropping a bombshell that a future domestic State aid regime may not include a regulator.[13]

[4] There are different views as to where and why this change in policy came about. Writing on the Blakeney Group website, Big Government is Back – but at what cost? 3 June 2020, https://theblakeneygroup.com/insights/big-government-is-back

The Telegraph’s Associate Editor, Camilla Tominey charts the change of policy to the COVID-19 crisis and Boris John’s near-death experience. But other commentators locate the change in policy much earlier and as being influenced by the PM Boris Johnson’s Special Advisor, Dominic Cummings: see Simon Nixon, Johnson’s obsession with State aid creates more problems than it solves, The Times, 4 June 2020, available at: https://www.thetimes.co.uk/article/johnsons-obsession-with-state-aid-should-set-alarm-bells-ringing-bbctx2rjg.

[10] Is there any scope for agreement between the EU and UK on subsidies?, 14 April 2020, UKSALA, available at: https://uksala.org/is-there-any-scope-for-agreement-between-the-eu-and-uk-on-subsidies/

[11] George Peretz QC commented upon a Conservative Party proposal to base a domestic State aid/subsidy regime on the WTO rules circulated to journalists in the Prospect Magazine, The Conservatives’ new State aid proposals are the worst of all worlds, 2 December 2019, available at: https://www.prospectmagazine.co.uk/economics-and-finance/the-conservatives-new-state-aid-proposals-are-the-worst-of-all-worlds and: https://uksala.org/conservative-plans-to-replace-the-uk-state-aid-regime/. See also House of Lords EU Internal Market Sub-Committee, Greater clarity needed on the government’s subsidy control policy, 2 April 2020 at: https://committees.parliament.uk/committee/340/eu-internal-market-subcommittee/news/145815/greater-clarity-needed-on-the-governments-subsidy-control-policy/

Photo by Pete Linforth on Pixabay