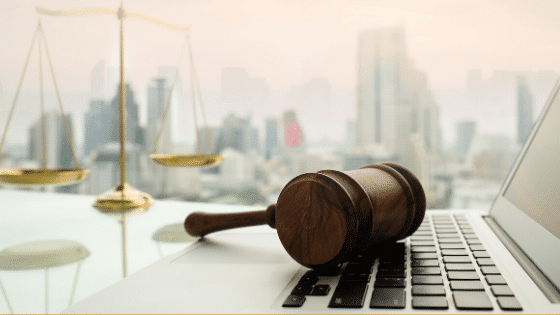 Introduction
The posting reviews three recent rulings of the General Court. They are significant because they introduce substantial nuances in the case law concerning the concepts of incentive effect, compensation for structural impediment, the designation of an activity as a service of general economic interest (SGEI) and the connection between market failure and SGEI. On the whole, the Court has provided useful clarification. However, I will also argue that on at least a couple of issues the Court may have also inadvertently raised ambiguity.[1]Incentive Effect and the Date of Granting of State Aid: T-551/10, Fri-El Acerra v European Commission[2]

Fri-El Acerra was a generator of electricity from renewable sources of energy. In August 2006 it placed an order for the purchase of a new power plant to produce energy from biomass. In October 2007, the regional council approved Fri-El Acerra’s application for State aid. Subsequently, the Commission in Decision 2011/110 found that the aid was incompatible with the internal market because it lacked an incentive effect and did not contribute to regional development. Fri-El Acerra appealed against the Commission but the General Court dismissed the appeal.

The Court confirmed that State aid is deemed to be granted on the date on which the competent authority adopts a legally binding decision. Since Fri-El Acerra placed an order more than one year before, the aid was to be granted after the investment was initiated. The Court considered irrelevant the fact that the purchase order represented only 10% of the total investment cost. The small share of the total cost did not detract from the fact that the project had already started before the date of the decision that authorised the aid.

The Court repeatedly established in case law that, in order to benefit from the exceptions of Article 107(3), aid must not only promote one of the objectives of Article 107(3) but it must also necessarily achieve it.

For the aid in question, which was intended for regional development, the Court explained that it must be shown that without such aid the investment would not be made. But it appeared that the investment would have been made without the aid, because the project started before the date on which the aid was legally granted.

This is one of the few cases, if not the only one, in which an EU court considered the principle of “private borrower”. The case was an appeal lodged by Poste Italiane against the Commission Decision 2009/178. In that Decision, the Commission found that large deposits of BancoPosta – a department of Poste Italiane – in the Italian Treasury received a rate of interest that was higher than corresponding market rates. The Italian Treasury was in fact borrowing money from BancoPosta. The Commission argued that a “private borrower” would want to pay as a low interest as possible. The high rate paid by the Treasury was, therefore, State aid to BancoPosta and, consequently, to Poste Italiane – to which it belongs. The Commission consequently found that the aid was incompatible with the internal market and ordered its recovery.

The General Court accepted that the Commission could base its analysis on the concept of “private borrower” in order to determine whether Poste Italiane could obtain the same benefits from private investors. However, the Court stipulated that the Commission had to consider not just the rate of remuneration of the deposits but also the fact that Poste Italiane was obliged to deposit large sums at the Italian Treasury.

It should be noted that in this case the Court demands to consider two related measures as one. In case T‑226/09 – British Telecommunications v European Commission, which I examined in last week’s blog – the General Court based its judgment on the fact that the aid granted to British Telecom through an exemption from a pension levy was separated from the obligation imposed to British Telecom to maintain more generous pension benefits for its employees (who retained their former civil service privileges).

Because the sums deposited by BancoPosta were very large and no similar loans could be identified on the market, the Commission tried to estimate the interest rate that a private borrower would pay on the basis of four characteristics of the deposits: i) the amount of funds; ii) the stability of the funds (BancoPosta had a large number of retail customers who generated a steady stream of net savings which needed to be placed at the Italian Treasury); iii) the average maturity of the funds (which were mostly in the form of long-term deposits); and vi) the financial risk assumed by the lender (which was very low given that at the time the Italian government was a credit-worthy borrower). The rate calculated by the Commission on the basis of these four characteristics was lower than the rate paid by the Treasury.

The General Court examined the precise calculations of the Commission and rejected some of them. However, the Court annulled the original Commission Decision primarily on two grounds. Firstly, the Commission did not in fact establish what interest rate the market would be prepared to pay, but only constructed a proxy rate. However, since a corresponding market rate did not exist for the sums and terms of the Poste Italiane deposits, it is very difficult to understand the logic of the Court and what the Commission should have done instead. After all, the private investor principle was invented precisely because, in the absence of a readily available market rate, it is necessary to construct a proxy of the behaviour of the “hypothetical” private investor. EU Courts have frequently referred to the “hypothetical” investor.

Secondly, the Commission failed to take into account the obligation imposed on Poste Italiane to deposit its money at the Italian Treasury. The Court referred to the possibility that, if Poste Italiane had not been obliged to deposit its funds with the Treasury, it could have found a higher rate on the market [paragraph 68]. However, the effect of such a restriction must be to depress the rate of interest, possibly to very low levels or even to zero. But the Court also seemed to consider that the interest rate paid by the Treasury was intended to compensate Poste Italiane for the obligation to place its funds only with the Treasury [paragraph 62]. Incidentally, this implies that compensation is allowable under EU law, despite the findings of the General Court in case T‑226/09 (British Telecommunications v European Commission). But I suppose that the decisive element in both cases is the inseparability of the obligation and the compensation. Nonetheless, compensation may not exceed any extra costs, which in this case is the interest that Poste Italiane could have earned in an alternative investment on the market. In other words and since over-compensation is never compatible with the internal market, the rate of interest that the Italian Treasury should have paid must not have exceeded that of the market. But this is exactly what the Commission tried to calculate. In fact, the obligation imposed on Poste Italiane was irrelevant for the purposes of calculating the relevant market rate. With or without such an obligation, the rate that must be taken into account is the same.[4]

In September 2009, the Commission concluded in Decision N 331/2008 that compensation for the construction and operation of a very-high speed broadband network in Hauts-de-Seine area close to Paris was not State aid. The compensation was intended to cover 92 unprofitable areas which corresponded to about 40% of the territory in Hauts-de-Seine. The compensation was to be offered in the framework of a 25-year contract whose long duration was justified by the long time that was needed for amortisation of the investment. Colt Telecom lodged an appeal which proved to be unsuccessful because the General Court agreed with the Commission that the compensation satisfied all four Altmark criteria.

The overall argument of Colt Telecom was that the Hauts-de-Seine area was one of the richest and most networked regions of France and that it suffered from no apparent market failure. Since there was no market failure, the French authorities could not impose a public service obligation (PSO). As a result, state intervention was unnecessary and compensation was unwarranted.

More specifically, Colt Telecom firstly pointed out that the PSO artificially covered only unprofitable areas and that market operators would naturally cross-subsidise costs in unprofitable areas with profits in profitable areas. This was a clever argument which, however, was rejected by the General Court because Colt Telecom did not provide evidence to back it up. Had it succeeded it could have shed light on the perennial puzzle of how member states may designate the area which is to be covered by the PSO. At any rate, the Court in a later part of the judgment accepted that during the selection process all bidders had specified in their offers that the provision of services in certain uneconomic areas would require a subsidy. [paragraph 156]

Then Colt Telecom challenged the view of the French authorities that high-speed connectivity was SGEI. The General Court began its analysis by repeating that, despite the fact that the Member States have the discretion to determine what constitutes a service of general economic interest, they still have to prove that a service that is designated as SGEI is different from other services provided by the market. Moreover, the SGEI mission must be universal and compulsory in nature. [paragraph 119] In this connection, the Court accepted that high-speed connectivity of the whole population was SGEI.

This lends of course important support to the 2012 SGEI package, which has been criticised by member states for the designation of SGEI on the basis of the failure by the market to provide it adequately (in terms of price or quality). Member States have always been of the opinion that their discretion – which is enshrined in the EU Treaty – is circumscribed by the 2012 package. The General Court definitely sides with the Commission on this point.

Another issue that appears to puzzle public authorities is the inclusion of profitable services or areas in the bundle of services that makes up the SGEI or PSO. The judgment has shed light on this issue too because in paragraph 186 the General Court states that “the coverage of profitable areas does not necessarily mean that the aid is excessive, since it is a source of income that can be used to finance coverage of the unprofitable areas and thus to reduce the amount of the aid.”

On the whole this judgment is quite important, because it clarifies that nature of SGEI, the necessity of proving market failure and the significant discretion of public authorities to bundle together profitable and unprofitable market segments.

[1] All three judgments are in French. The translations are mine and therefore they should not be considered to be authoritative.

[3] The text of the judgment can be accessed at:

[4] And just for the sake of completeness, if the obligation were deemed to be separable and part of the overall legal framework in which Poste Italiane had to operate, the Treasury could have paid a zero rate of interest because Poste Italiane could not have earned anything else, anywhere else. Any rate above zero, would be state aid.

[5] The text of the judgment can be accessed at: