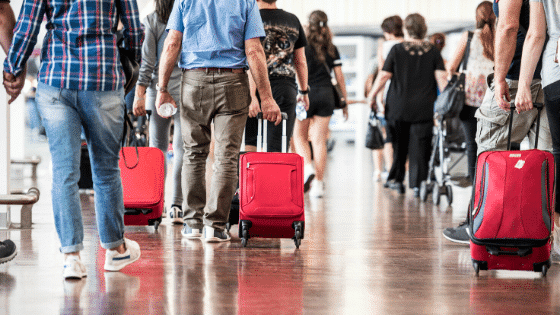 During the past 18 months or so, the European Commission has launched more than 20 investigations in the funding of regional airports and the arrangements that these airports have concluded with budget airlines such as Ryanair. This posting analyses a very recent Commission decision which found that no State aid was granted to either the airport operator or Ryanair. This is because all financial transactions satisfied the market economy investor principle.

After receiving a complaint from Bule1, Commission launched an investigation into certain arrangements between at Tampere-Pirkkala Airport [TPA].

The TPA has two terminals. Terminal 1 [T1] is used by Finnair, Flybe, SAS, Blue1 and Air Baltic. Terminal 2 [T2] was initially used as a cargo hangar by DHL and, after it became vacant in 2002, converted into a low-cost terminal. T2 currently serves Ryanair only.

TPA is owned and operated by Finavia which is the former Finnish Civil Aviation Administration (a state enterprise) which was transformed on 1/1/2010 into a public limited company. T2 is rented out by Finavia to its 100% subsidiary Airpro which operates the terminal and provides ground handling services at this terminal. Airpro entered into an agreement with Ryanair for use of T2 for a number of years.

“First, whether Finavia acted as a market economy investor when it decided to convert a cargo hangar into T2, a low-cost terminal, and thus this investment decision did not involve State aid in favour of Airpro. And if not, whether such aid could be considered compatible with the internal market; and

Second, whether a market economy operator would enter into a similar agreement as Airpro with Ryanair. And if not, whether the aid contained in the agreement could be deemed compatible with the internal market.”

What makes this case interesting is that Finavia owns 100% of Airpro. The market economy investor principle [MEIP] can apply to the transactions between a parent public company and its subsidiary. It means that Finavia, as the owner and overall manager of TPA, has to treat at arm’s length Airpro, its wholly-owned subsidiary. Transactions within company groups still have to conform with MEIP. The same would apply to transactions between a public authority and any of its departments or agencies which act as undertakings. This would be the case, for example, when the department of a municipality provides local transport services or collects household waste.

Finavia’s profit requirement was approximately 4% of the invested capital. Finavia also paid dividends to the State varying in the period under investigation between EUR 5 million and EUR 10 million per year.

The ex ante business plan to convert T2 was based on prudent assumptions leading to an underestimation of the revenues and an overestimation of expected costs. The cost of refurbishing T2 and converting it from a cargo hangar to a passenger terminal was EUR 762,600. An amount of EUR 100,000 in repairs would have to be spent anyway. The quality of service at T2 is lower that at T1.

The lease agreement between Finavia and Airpro for T2

Airpro pays a monthly rent plus VAT for the use of the facilities. The agreement provides that in addition to the basic rent, Airpro bears also the costs incurred by the change in the operations of the cargo hangar into a low-cost passenger terminal.

The agreement between Airpro and Ryanair

A number of airlines were invited to express interest in the use of T2, as part of a broader strategy. In the end the agreement signed with Ryanair provided that Ryanair would pay a single charge per each aircraft turnaround (departure and arrival). This charge included the landing and take-off fee, lighting fee, noise and night fees, the terminal navigation fee, ramp and passenger handling fee, security and safety charges, and a passenger charge. The overall charge depended on the daily frequencies of Ryanair. All airlines using TMA pay the same charges for services of the same quality.

The Commission examined “whether in similar circumstances a market economy investor would have entered into the same or similar commercial arrangements as Finavia”. It had to

iii) “place itself at the time … the decision was taken by Finavia”, and

After the departure of DHL, Finavia was losing the rent that had been paid by DHL, but no other cargo operator showed any interest in using T2. At the same time, low-cost airlines were not attracted to the more expensive T1. So in the absence of interest by cargo operators, the choice facing Finavia was to convert T2 for use by low-cost airlines. In the worst case scenario of Finavia’s business plan the conversion and use of T2 as passenger terminal was expected to achieve a positive contribution and “the average profit margin was … broadly in line with the profit margins of other airports” in the EU. For profit margin the Commission used the so-called “Return on Sales” which compares the net profit to sales or revenues. In a previous decision concerning Bratislava Airport, the Commission concluded that the average profit margin of EU airports was 7.5-8.5%.[1]

In order to assess the low-cost strategy of Finavia and Airpro on the basis of an integrated approach, the inter-company payments were taken into account as revenue (such as the rent paid by Airpro to Finavia for the use of T2, payments of landing and terminal navigation charges). These calculations showed that ex ante business plan had a positive NPV and therefore it was in line with the behaviour of a market economy investor.

With respect to the agreement between Airpro and Ryanair, the Commission, first, noted that Ryanair paid exactly the same charges as other airlines using T1 for those services which were provided outside any terminal. These charges covered navigation, landing and security. The differences were only in charges for services inside T2 such as ground handling, which was of lower quality.

The calculation of the NPV of the agreement between Airpro and Ryanair showed that it was positive [+EUR 0.5 million].

The Commission also noted that the revenues from the agreement covered all costs of Airpro and all costs of Finavia that could be attributed to the latter on a “full-cost” basis. Full-cost allocation means that all variable costs plus an appropriate share of fixed costs are taken into account. In this particular case, the relevant costs included the following: Cost of infrastructure (i.e. depreciation costs for the airport infrastructure); operating costs (e.g. costs of personnel, energy, material ); costs for security and safety measures.

With respect to the latter, the Commission made the interesting observation that they “may represent measures which fall within the public policy remit and would not be considered as an economic activity within the meaning of Article 107(1) TFEU. Thus, the calculated NPV is underestimated and the positive contribution of the Agreement might be indeed even higher.”

At the opening of the investigation Finland argued that Finavia acted independently of the State and none of its decisions could be attributed to the State. According to the “Stardust Marine” judgement which interestingly enough is quoted in the Commission decision, the act of a public undertaking can be attributed to the State only when the State requires the undertaking to make a certain decision or the undertaking carries out policy of the State.[2] This means that attribution or imputation to the State is indispensable in order to establish that payments or loss of revenue by a public undertaking constitute transfer of State resources. However, the Commission chose not to examine this point. It concluded that there was no State aid purely on the grounds that all the arrangements were in conformity with the MEIP. Since there is no State aid if only one of the four criteria of Article 107(1) TFEU is not satisfied, the Commission did not have to examine the rest.

One can only speculate why the vital issue of transfer of State resources was not analysed in depth. Perhaps if the Commission based its finding of no aid on the absence of any attribution to the State, it was afraid that it would send the wrong signal to airport operators. This is because it is easier to hide the instructions given by the State to State-owned or State-controlled airport operators than the sub-commercial nature of transactions between airport operators and