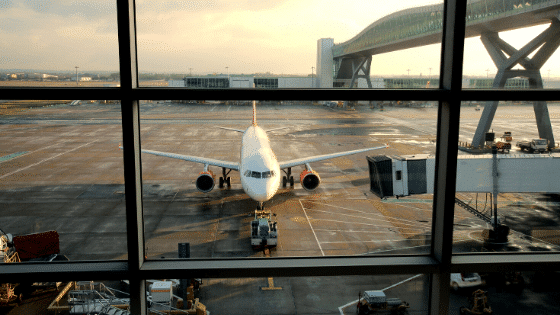 In the previous posting I examined the funding of a regional airport. In this posting I look at a case concerning an airline; more specifically, the sale of three subsidiaries of Polish airline LOT.[1] During the past five or so years, the Commission has had to deal with many measures involving different kinds of public support to airlines [e.g. Alitalia, Olympic, Cyprus Airways, Malev].

The typical problem when it comes to troubled airlines is that governments are too eager to prop up what they consider to be their “flag carriers”. They provide loans and grants to rescue and/or restructure airlines which experience very low liquidity or are lumbered with large non-performing assets. Normally, sale of assets is a solution for raising much needed cash and trimming over-bloated airlines. They then have to dispose of non-core business which they had accumulated during growth periods such as hotels, travel agents, car hire, etc. Quite often, airlines undergoing restructuring also have to offer “compensatory measures” by relinquishing landing and take-off slots to reduce their market presence at airports where they hold dominant positions.

The sale of the LOT subsidiaries took place in the context of such a restructuring programme. This in itself was not unusual. What was unusual was the nature of the transaction. LOT was State-owned. Financial transactions between the State and companies it owns may involve State aid if funds are provided at more favourable terms and rates than for those of comparable market transactions. When the State sells assets its owns, the buyer may also receive State aid if the price of the assets is too low. Conversely, when the State buys assets it may grant State aid to the seller if the price that the State pays is too high.

Interestingly, in the case of LOT airlines the seller was LOT airlines and by extension the State while the buyers were the Ministry of Finance and two State agencies that came under the control of the Ministry of Finance. Therefore, the State was selling to itself and buying from itself. If it charged too high there was an advantage to LOT airlines. If it charged too low there could be an advantage to the subsidiaries which were sold off. The latter possibility, however, was not an issue that was examined by the Commission. In the end the Commission concluded that the sale reflected the real market worth of the subsidiaries and, therefore, it contained no State aid.

Nonetheless, it is worth considering the conundrum that would have been created had the buyers been State-owned undertakings, rather than State agencies which were merely taking care of the holdings of the State. If the price was too high, there would be State aid for LOT airlines. If the price was too low, there would have been State aid for the buyers. The only option left would have been a price that was neither too high, nor too low. But the problem is that it is difficult to calculate the market price when shares are not actively traded on a stock market. And even the share price could not reflect the value from complete transfer of control. In the end in these situations the sale or purchase price is a matter of negotiation which introduces a substantial element of subjectivity and uncertainty. The State could not of course negotiate with itself. It seems that the only credible solution under these conditions would have been for the State to assign the task of arriving at an agreed price to independent arbitrators.

How did the Commission determine that the sale did not involve State aid?

The sale concerned three subsidiaries: LOT Services, LOT Catering and LOT Aircraft Maintenance Services. The sale took place without a tender or an open bidding procedure. However, the value of the three companies was determined by at least two independent experts before the sale was agreed.

The Commission accepted that the expert reports were based on established methodologies for valuation of companies. Three different methods were used and the final price for each company [which was not revealed because it was a business secret] was an average of the results of the three methods. These methods were the following:

The first method was the income approach based on the discounted cash flows method (DCF). “This method determines the current market value of future cash flows generated by the company, which allows for reflecting the potential of the enterprise and its respective market but also taking into consideration specific characteristics of the company. In other words, factors taken into account by investors when taking decisions on buying shares and the price offered for them. This method requires inter alia a detailed forecast of future cash flows for a minimum period of 5 years.” [paragraph 9]

The second method was the market approach based on the stock exchange/transaction multiples method. “This method takes into consideration factors remaining outside the analysed enterprise, such as the situation on the securities market, investor sentiment and perception of the growth potential of a given market and risk. Then specific measures characteristic for the analysed company must be compared with relevant measures of other enterprises from the same sector listed on stock exchanges and their capitalisation value. This method consists in selecting and analysing of comparable companies, their size, growth potential, financial situation and a number of other factors that may affect the price of shares.” [paragraph 10]

The third method was the adjusted net asset value which is “based on the net value of all the assets of the company as shown in the company’s audited financial statements. The final valuation is calculated as the total assets (fixed assets plus current assets) minus liabilities.” [paragraph 11]

The Commission accepted that the independent experts could also use discounts and premiums to adjust the derived values. The typical discount reflects the liquidity of the company. Some companies, by being larger and by having their shares traded on a stock exchange, are more liquid because they can be disposed off more easily and faster. The values of the LOT subsidiaries were discounted by 15% for not being liquid enough.

The typical premium reflects the advantages of wholly owning a company or holding a controlling interest in a company. In this case, one of the LOT subsidiaries had its value adjusted upwards with a premium of close to 30%.

The expert reports did not produce precise prices but a range of possible prices. The agreed final price was an average of the upper and lower estimated prices and was the result of negotiation between LOT airlines and the buying agencies.

What lessons can be drawn from this case?

It is difficult to draw any guidance concerning the precise calculations used in the three valuation methods because most interesting information was considered to be business secreted and deleted from the published text of the Commission decision. With this proviso in mind the following lessons may be drawn.

First, sale of State assets does not have to be carried out through a tender procedure. A tender or other open bidding procedures are recommended because they obviate the need for extensive and detailed studies. Strictly speaking, however, a direct sale is also legally possible as long as it can be convincingly demonstrated that there is no advantage either for the seller or the buyer.

Second, there are several alternative and equally credible methods for valuing assets and companies. However, because there is no superior method and the results that different methods produce can vary by a wide margin, it is always recommended that several methods are attempted. The same holds for the number of valuation studies. Since there is a substantial element of subjectivity in these valuations, it is always better for a seller or buyer to commission more than one study.

Third, no expert study produces a single price. The outcome is always a possible range. This means that the agreed sale price is the outcome of some negotiation. Therefore, care has to be taken so that any negotiations do not favour the buyer or seller. It is even better if negotiations are conducted by an independent agent on behalf of either seller or buyer. If the fee of the agent is linked to the level of price [if it acts on behalf of the seller] or the amount of discount it can obtain [if it acts on behalf of the buyer], then there will be little doubt that the outcome is the best possible in normal market conditions.

Fourth, procedures matter too. Valuation studies have to be carried out before the sale. And, because negotiations are unavoidable, how they are carried out also has to be thought out in advance.

[1] Commission Decision SA.33337 on sale of subsidiaries by LOT Polish Airlines. It can be accessed at: