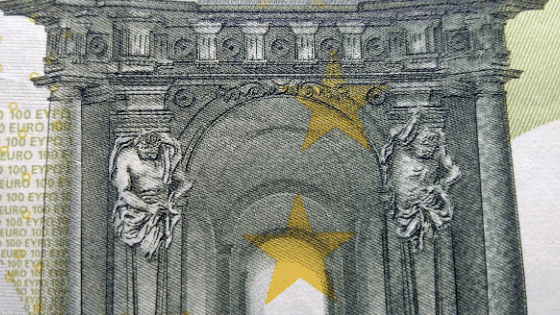 On 19 March 2013, the Court of Justice delivered an important judgment in case C-399/10 P, Bouygues v European Commission concerning aid that was granted by France to France Telecom. The case was an appeal to an earlier ruling of the General Court in case T 425/04 France and Others v Commission which annulled Article 1 of Commission Decision 2006/621 [OJ 2006 L 257, p. 11] which had declared the aid granted to France Telecom as incompatible with the internal market.

The European Commission found that France had granted aid to France telecom (FT). The aid was considered to be incompatible with the internal market and had to be recovered. Very unusually, the aid consisted of favourable public statements made by the French government in support of FT. As a result, the credit rating of FT improved and FT could raise capital on financial markets to cover its operating losses. Those statements were made in July, September and December 2002. In addition, in December 2002 a shareholder loan was offered to FT by the French government which was the majority shareholder. The loan, however, was not taken up by FT because in the meantime it had secured private funding.

The General Court annulled the Commission decision largely on the grounds that even though the public statements created a favourable climate for FT and therefore granted an advantage to FT, there was no transfer of State resources either in terms of a reduction in the State budget or an increase in the liabilities borne by the State. In addition, the General Court found that the Commission had not shown that there was a corresponding transfer of State resources for each of the three public pronouncements and the shareholder loan. The Court of Justice ruled that the General Court had erred and quashed part of its judgment and referred the remaining part back to the General Court.

The judgement of the General Court

The judgement of the Court of Justice

The Court of Justice held that the “General Court took the view that, for each State intervention measure, the Commission was obliged to examine individually whether it conferred a specific advantage through State resources. In addition, it found that only a reduction of the State budget or a sufficiently concrete economic risk of burdens on that budget, closely linked and corresponding to an advantage thus identified, would comply with the condition relating to financing through State resources, within the meaning of Article 107(1) TFEU.” [paragraph 97]

But then the Court of Justice noted that “according to settled case-law, it is not necessary to establish in every case that there has been a transfer of State resources for the advantage granted to one or more undertakings to be capable of being regarded as a State aid within the meaning of Article 107(1) TFEU.” [paragraph 100]

“As State interventions take various forms and have to be assessed in relation to their effects, it cannot be excluded, …, that several consecutive measures of State intervention must, for the purposes of Article 107(1) TFEU, be regarded as a single intervention.” [paragraph 103]

“That could be the case in particular where consecutive interventions, especially having regard to their chronology, their purpose and the circumstances of the undertaking at the time of those interventions, are so closely linked to each other that they are inseparable from one another.” [paragraph 104] In other words, the Court of Justice considered all four measures to be the same.

Next, the Court observed that “State intervention … creating a sufficiently concrete risk of imposing an additional burden on the State in the future, may place a burden on the resources of the State.” [paragraph 106]

“Furthermore, … where, in economic terms, the alteration of the market conditions which gives rise to an advantage given indirectly to certain undertakings is the consequence of the public authorities’ loss of revenue, even the fact that investors then take independent decisions does not mean that the connection between the loss of revenue and the advantage given to the undertakings in question has been eliminated”. [paragraph 108]

“Consequently, for the purposes of establishing the existence of State aid, the Commission must establish a sufficiently direct link between, on the one hand, the advantage given to the beneficiary and, on the other, a reduction of the State budget or a sufficiently concrete economic risk of burdens on that budget. [paragraph 109]

The Commission had pointed out in its decision in relation to the shareholder loan that the French government’s “back-up facility” was immediately available. Given this commitment of the French government, the Court of Justice concluded that “having regard to the potential additional burden of EUR 9 billion on the State’s resources, the Commission rightly found that [an] advantage was granted through State resources within the meaning of Article 107(1) TFEU.” [paragraph 139]

In a nutshell what are the Courts really saying?

The General Court considered the four measures to be separate. It found that the public announcements created no obligation for the French government to actually commit any resources. As far as the shareholder loan was concerned, the French government offered it but it was not taken up by FT, so there was no transfer of state resources.

The Court of Justice had a very different interpretation. It said three things. First, apparently different measures can be regarded as a single measure if they are “inseparable”. Second, there is no need for the advantage created by State intervention to have a corresponding or equivalent impact on State budget. Third, there is transfer of State resources when there is sufficient risk for an additional burden on State budget.

Is the interpretation of the Court of Justice sound?

The answer is a qualified “yes”. Unsurprisingly, the Commission put out a press statement on 19 March that welcomed the judgement. But the real question for Member States, practitioners and, of course, the Commission, is whether the principles expounded by the Court of Justice can be applied clearly and predictably.

In order to answer this question, it is necessary to examine in greater detail the nature of the link between advantage and transfer of State resources. The Court of Justice said that the reduction in State resources does not have to be equivalent to the advantage. At first glance this is strange. If a public authority grants 100 from its budget, the advantage to the recipient undertaking must be exactly 100. How is it possible for an undertaking to receive more or less than what the public authority gives? Moreover, how can a public authority give more or less than the corresponding reduction in its budget?

Two examples can illustrate it. First consider an undertaking that sells 100 units at a cost of 8 per unit and a price of 10 per unit. Its revenue is 1000, its total cost 800 and therefore its profit is 200. A public authority offers a subsidy of 2 to the users of its product, so that demand for the product increases to 200 units. Assume that the price remains the same, but, because of economies of scale, the cost per unit drops to 6. Now the undertaking has revenue of 2000, total costs of 1200 and profit of 800. The advantage to the undertaking is the difference in profits, i.e. 600, while the amount of subsidy is just 400 [= 2×200]. This is not a hypothetical case. This is exactly how the European Commission calculated the implicit subsidy that was received by Italian broadcasters in the Italian decoders’ case. Its decision was upheld by both the General Court and the Court of Justice [see T-177/07, Mediaset v Commission and C-403/10P, Mediaset v Commission].

Second, assume that the same public authority as above gives a subsidy to that undertaking on condition that it offers its product to a particular industry at a price of 8. Further assume that the demand of the user industry is 40. However, because of the increased overall demand and increased output, the cost of production rises to 9.5. The undertaking also raises its price to 11. Demand from other users drops from 100 to 70. Total output is 110 [= 70+40]. Now the undertaking sells 70 units at 11 which generates revenue of 770. It also sells 40 units at 8 which generates revenue of 320. Total revenue is 1090, total costs are 1045 [= 110×9.5] and profit is just 45 [= 1090-1045]. The public authority offers a subsidy of 155 to compensate the undertaking for the loss of profit. The undertaking derives no advantage whatsoever. The user industry is able to obtain 40 units at 8 instead of 11. Its benefit is 120 [= 40×3]. Although the budgetary loss of the public authority is 155, the advantage for the direct recipient is zero [= 200-(45+155)] and the advantage for the indirect recipient is 120. Part of the subsidy has been wasted in higher production costs. This example shows that advantage can also be less than the corresponding reduction in the budget of the aid granting authority.

The Court of Justice, therefore, is right that advantage is not necessarily equivalent to the reduction in the State budget. However, the Court of Justice also said that what is required in order to show transfer of State resources is a “sufficiently concrete risk of imposing an additional burden on the State in the future”. This will create problems in the future. No one knows what a “sufficiently concrete risk” is. There is no objective benchmark for that.

In conclusion, the Court of Justice has ruled that seemingly separate interventions may constitute a single measure if they are inseparable by way of timing, purpose and the condition of the beneficiary undertaking. The Court correctly weakened the link between the advantage of the aid recipient and the impact on the State budget. But the Court has created ambiguity by also weakening the link between the actions of the State and their impact on the State budget.