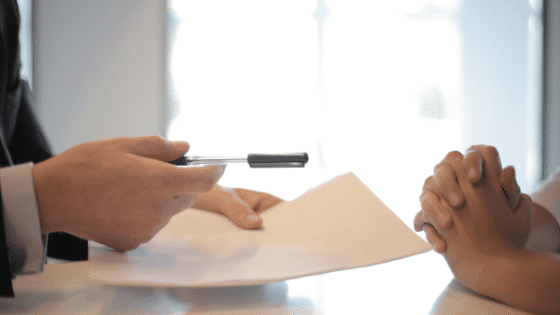 This post examines the two latest judgments of EU courts on State aid. They do not introduce any novel approaches to the interpretation of Article 107(1) TFEU but they confirm and clarify the obligations of the State in its dealings with undertakings.

On 27 February 2013, the General Court rendered its judgment in the case brought by Nitrogenmuvek Vegyipari [NV] which sought annulment of Commission Decision 2011/269. In this Decision the Commission had found that two loans and related State guarantees constituted incompatible State aid. It therefore had to be recovered. The loans had been granted by the 100% State-owned Hungarian Development Bank [MFB].

This is an interesting case primarily for two reasons:

Attribution to the State

NV initially argued that it had received low-interest loans because it was a client which was well-known to MFB. The General Court dismissed this argument on the grounds that a client who is well known to a bank does not automatically receive more generous terms for new loans. “The bank may have better knowledge of the firm’s weaknesses and may apply a higher interest rate”. [paragraph 31]

Then the Court had to consider whether the decisions of MFB could be attributed to the Hungarian State. The Court first acknowledged that it is “very difficult for a third party” to demonstrate that a loan such as that received by NV is granted on the instructions of public authorities. This is because of the privileged relations existing between the Hungarian State and MFB. [paragraph 60]

The Court explained that “it is not necessary to show that in the particular case the public authorities actually induced the public undertaking to take the aid measures in question on foot of a specific instruction. In the first place, because the relationship between the State and public undertakings is close, there is a real risk that State aid may be granted through the intermediary of those undertakings in a non-transparent way and in breach of the rules on State aid laid down by the Treaty”.[paragraph 59]

“For those reasons, the imputability to the State of an aid measure taken by a public undertaking may be inferred from a set of indications arising from the circumstances of the case and the context in which that measure was taken.” [paragraph 61]

Then in paragraphs 63-65, the General Court identified the following reasons for which the MFB loan could be attributed to the State. First, the law which set up MFB provided that it had to pursue certain public policy objectives and that its core function was to promote economic development and to contribute effectively to the implementation of public economic and development policy. Second, the activities of MFB were aimed at financing the development of undertakings by offering preferential interest rates. Third, the specific law governing the activities of MFB provided that prudential rules pertaining to commercial banks were not applied to MFB and also that its shares were not subject to trading. Fourth, MFB was subject to intense supervision by the public authorities.

In its Decision 2011/269, paragraphs 30 and 31, the Commission concluded that “as the loans themselves are directly imputable to the State, the additional state guarantees do not increase the financial burden borne by the State or the advantage to Nitrogénművek. It therefore appears appropriate to subsume the [two] loans and the guarantees at issue under two measures to be assessed as straightforward loans from the State (for which the cost to Nitrogénművek will be the interest on the loan plus the premium for the guarantee). Consequently, the State aid assessment will be made in the light of the Reference rate communication which applies to loans.”

In other words, the Commission applied the methodology for assessing State aid in loans rather than the Notice on Guarantees.

The General Court agreed with this approach and that the Commission was correct in finding that it was “appropriate to subsume the loans and the guarantees” to be “assessed as straightforward loans from the State”. [paragraph 72].

The Commission concluded that the two loans contained State aid which was the difference between the actual rate of interest (to which the guarantee premium was added) and the benchmark rate. This benchmark rate was calculated on the basis of the prevailing market rates and included a risk margin of 4% that reflected the credit rating of the company.

This is probably not the end of a very long saga which started in the early 1990s. About half of the ruling of the Court of Justice is devoted to a description of the background to the case. The ruling of the General Court of a year ago runs into more than 60 pages. The case is complex and convoluted with several Commission decisions – some of them positive and some negative – taken over the years. The present case concerns 16 different aid measures almost all of which were found to be incompatible with the internal market.

An added complexity, which in fact makes the case interesting, is that Hellenic Shipyards was involved in the construction of both civilian and military vessels.

This judgment is important for two reasons:

“Any Member State may take such measures as it considers necessary for the protection of the essential interests of its security which are connected with the production of or trade in arms, munitions and war material; such measures shall not adversely affect the conditions of competition in the internal market regarding products which are not intended for specifically military purposes.”

Given that this provision is an exception to the normal rules of the internal market it has to be applied narrowly and interpreted strictly. For this reason, the Court of Justice rejected the arguments of Hellenic Shipyards that

The most innovative aspect of the Commission’s treatment of the subsidies to the military operations of the Hellenic Shipyards is in fact to be found in the judgment of the General Court, paragraphs 292-295. It appears that, in addition to other loans and guarantees, the Greek State had also paid other large amounts to the Shipyards. These amounts were classified as an “advance” for certain military contracts. However, in view of the fact that work on those contracts had not started, the Commission considered that the advances were used to cover the operations of the whole Shipyards, including civilian ship construction. It therefore re-categorise 25% of the advances as payments to civilian operations. The 25% ratio corresponded to the overall proportion of civilian to military operations. Both the General Court and the Court of Justice accepted that it was a credible method for allocating revenue between the two sides of operations of Hellenic Shipyards and that the label attached to such payments is not relevant given that no work was undertaken in return for those payments.

The General Court also agreed with the Commission that the poor profitability prospects of the Hellenic Shipyards could not justify the loans that had been granted to it by the Greek state allegedly on the grounds that the low interest could be counterbalanced by the increase in the price of the shares of Hellenic Shipyards.