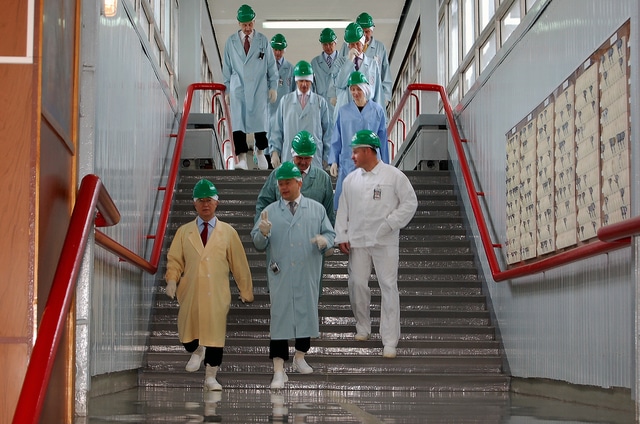 The Commission’s decision on the Hinkley Point C nuclear power station of 8th October 2014 and what this might mean for the approach to nuclear energy…
In 2014, the European Commission adopted new Guidelines on State aid for energy and the environment. These were followed by the adoption of a new General Block Exemption Regulation that also included measures relating to energy and environmental issues.The previous Guidelines (from 2008) had included some references to State aid for energy projects but the creation of a new provision on Energy in the Treaty of Lisbon 2007 paved the way for a greater emphasis on the interaction of energy and environmental measures. But also, in Article 194(2) TFEU, a Member State enjoys the right

„to determine the conditions for exploiting its energy resources, its choice between different energy sources and the general structure of its energy supply […]“

A noticeable omission from the new 2014 State aid for the environment and energy Guidelines was the chapter on State aid and nuclear power generation. After much wrangling, it was omitted from the final draft of the Guidelines, leaving such cases for the European Commission to decide, on a case by case basis.

The case of funding for Hinkley Point C nuclear power station was already undergoing an investigation at the time of the adoption of the Guidelines. The UK government had notified the scheme of funding, involving a State guarantee and a Contract for Difference to the Commission. These were early forms of funding for energy projects – a policy later enshrined in the Energy Act 2013. The UK argument was that the project did not involve a State aid because it funded a service of general economic interest. The notified project involved the creation of a feed-in tariff ensuring that the operator of the Hinkley Point nuclear plant would receive a stable revenue for a period of 35 years by establishing a ‘strike price’. This would protect against the volatility of the wholesale electricity price. When the market price at which the electricity is sold is lower than the strike price, the Government will pay the difference between the strike price and the market price (the contract for difference). When the market price is higher than the strike price, the operator will pay the difference to the Government (the ‘contract for difference’). Thus, the nuclear plant operator will receive a fixed level of revenues and will not be exposed to market risks for the duration of the scheme. The operator will also benefit from a State guarantee covering any debt which the operator will seek to obtain on financial markets to fund the construction of the plant.

The European Commission found that the Altmark criteria for using funding for a SGEI to avoid State aid were not met and argued that the private market investor test should be applied. It therefore commenced an in-depth investigation into the funding of the nuclear plant project.

The original European Commission Decision appeared to question the interpretation of market failure in the project, linking this to the wider question of the choice of nuclear energy as part of the UK energy mix strategy.

„[269] The existence of certain market failures in electricity generation is not sufficient to justify state intervention to support nuclear generation. In principle, State aid should only be directed at any residual market failure, i.e. the market failure that remains unaddressed by any other policies and measures, both at EU and at national level. In particular, the ETS aims at ensuring that carbon emissions decrease by putting a price on them, thereby addressing any market failure in relation to externalities arising from the fact that those who emit carbon do not bear the full cost of the emissions they generate.“

Questioning the choice of energy mix in a Commission Decision sails very close to the wind in intervening on the Member State sovereignty to determine its energy policy, as constitutionally guaranteed in Article 194(2) TFEU.

Building nuclear generation plants involves a number of risks, not only physical (and psychological), but the financial risks of funding are a deterrent to private investment. Where funding by governments (or state-owned utilities) is not available, on balance sheet funding could be used, where private utility companies/consortia raise new debt and /or equity against their whole asset base. An alternative is project financing, where private companies borrow debt for a specific project where the debt is linked to the revenue generated from the project {for example the EDF Dunkerque and Olkiluoto-3 (Finland) projects).

Market failure occurs because of the revenue risk: nuclear power involves high upfront costs; investors need confidence that the price for electricity generated over the life time of the plant will be sufficient to secure a return on their investment. There is also a policy risk: future policy changes may impact upon profitability, for example, eternal risks (nuclear accidents abroad) or changes in policy, on say carbon emission targets/carbon price.

After the in-depth investigation, the European Commission approved the Project for the Hinkley Point build on the 8th of October 2014.

The apparent change of attitude was met with surprise from the UK Press, which attributed the change to the EU concerns over the rise of the anti-EU political parties in the UK and the threat to EU energy security from Russia – and dismay from operators of renewable companies, and some Member States committed to developing green and renewable energies. Austria in particular announced that it would take legal advice to challenge the Decision.

The underlying real reason for the European Commission’s change of attitude was the negotiation of a change of terms in the contract.

On the State guarantee, the European Commission found that the initial guarantee fee which the operator would have paid to the UK Treasury was too low for a project with this high risk a profile. The guarantee fee was therefore significantly raised. This increase will reduce the subsidy by more than £ 1 billion (€1.3 billion).

Changes were made to the sharing of the gains generated by the project with consumers. As soon as the operator’s overall profits (return on equity) exceed the rate estimated at the time of the Decision, any gain will be shared with the public entity granting the public support. The Decision defines a second, higher threshold above which the public entity will obtain more than half of the gains. These gains will be shared with UK consumers by a decrease in the price paid by the public entity to the operator (‘strike price’). This gain-share mechanism will be in place not only for the 35-year support duration as initially envisaged, but at the request of the Commission for the entire lifetime of the project (60 years) . If the construction costs emerge as lower than expected, the gains will also be shared. The latter is most unlikely to occur.

The final Decision is not yet available on the State Aid web pages. It will be interesting to see how far the European Commission follows the original Chapter on State aid for nuclear energy omitted from the final draft of the 2014 Guidelines. It will also be interesting to see if there is any discussion on how the Altmark criteria could be applied to fund energy as a SGEI. The use of State aid as a means of determining future energy policy for a Member State reveals the lack of transparency – and democratic input – in the process. UK taxpayers may feel they get a better financial deal – through intervention in the bargaining process initially conducted by EDF and the UK government … but … it is the not the end of the story. There may be legal challenges to the Decision, and the UK National Audit Committee may intervene to investigate whether the ‘new deal’ struck by the European Commission and the UK government gives value for money.